ABSTRACT: Saffron is derived from the flower of Crocus sativus as a dried stigma. Kashmiri saffron is the most expensive herb and in sky-scraping demand by herbal and pharmaceutical industries due to which the illegal trade is prevailing in the industry to earn instant Profit. Detection of adulteration and comparison of genuine saffron vs. fake saffron is the crucial aspect which needs a scientific solution. Samples were taken Mogra (A), Lacha (B), Iranian (C) and unknown grade of saffron (D) from Pampore and Anantnag region of Kashmir. The DNA from the samples was extracted with the help NucleoSpin® Plant II Kit and were amplified with the help of reported universal primers of matk, rbcL and MatK, and bidirectional Sanger sequencing was performed. Only ITS gene showed positive extraction and amplification results. ITS gene was capable of distinguishing the interspecific as well as intraspecific variations. The blind trial conducted on unknown grade sample revealed the presence of substituent, which turned out to be Safflower, i.e. Carthamus tinctorius as observed through nucleotide blast search. The site-specific variations were observed, and the nucleotide sequences of ITS obtained during the study were submitted to the NCBI gene bank with accession number MH984846, MH984847, and MH984848. The examination of saffron with DNA Barcoding methodologies may contribute to health care communities a new validated tool to authenticate the samples and improve the efficacy of herbal medicine used to treat various ailments.

INTRODUCTION: Saffron is the world’s most expensive spice and is derived from the dried stigma of Crocus sativus. The Crocus genus belongs to family Iridaceae of order Asparagales and comprises of about 70 to 100 species 2. It is the main distributers are Mediterranean Europe and Western Asia.

Iran accounts for about 90% of the world assembly of saffron. In India, Kashmir (J & K) is the largest producer of saffron, which is mainly grown in Pampore and Anantnag. The grades of saffron can be categorized into two major grades, i.e. ‘Mongra’ and “Laccha."

Mogra saffron contains stigma alone while Laccha saffron contains stigmas attached with parts of the style 3. The expensive nature of saffron is related to its production as 1 kilogram of saffron requires 110,000-170,000 flowers. The herbal plants with economic importance are often smuggled from one state to another or from one border to another to earn instant profit 3.

The illegal activities also include adulteration or substitution of expensive genuine herb with a cheaper similar looking herb which violates quality assurance and can be dangerous in consumption as well 4.

Saffron contains more than 150 volatile and many nonvolatile active components which are responsible for its medicinal properties and its higher demand in the herbal industry. The volatile components are terpenes, terpene alcohols, and their esters among which safranal (C10H14O) is the main component. Non-volatile compounds comprise crocins C44H64O24, crocetin C20H24O4, picrocrocin C16H26O7, and flavonoids. Crocin, glucosyl esters of crocetin are water-soluble carotenoids which are meant for saffron’s characteristic color. Picrocrocin, a glycoside of safranal, is responsible for the bitter taste of the spice and Safranal, is responsible for its characteristic aroma. Saffron’s taste and hay-like fragrance are due to picro-crosin and safranal. Its golden yellow-orange color is the result of crosin which is trans-crocetin di-ester, and its IUPAC name is 8,8-diapo-8,8-carotenoic acid 5. Saffron is of different quality and strength. The difference lies in the amount of style present and age of saffron. More style present in saffron means the saffron is less strong. Saffron is categorized into various grades.

Kashmiri saffron is very expensive, and its demand is increasing day by day due to which it is very prone to adulteration 3. It is sold in the range of Rs.300-500 per gram in Kashmir. According to a study on saffron sold in Kashmir, only 52% is genuine, 30% is low grade and 17% adulterated. Adulteration also includes selling of mixes of different saffron grades. High-grade Kashmiri saffron is mostly mixed with low-grade cheaper Iranian saffron and is then sold as pure Kashmiri saffron.

DNA barcoding is one such technology which utilizes short sequences ranging from 300 to 1000 bp sequences to identify the biological specimens which aim and orients its applications in conservation biology, phylogenetic, ecology, taxonomic studies, Pharmaceutical studies as well as forensic studies to identify species in illegal trade 5. DNA barcoding is well established in animals as well as plants species. DNA barcoding could be utilized to identify and delineate the species in question 6, 7. The present study is carried out to identify adulterant or any substituent among samples of saffron with DNA Barcoding Methodology.

MATERIALS AND METHODS: Dried commercial samples of C. sativus marketed as whole stigmas and from different geographic proveniences from Pampore, Anantnag and Srinagar district of Kashmir valley were also purchased and to conduct the blind trial the samples were also purchased from local herbal vendor of Chandigarh herbal market. Different varieties of samples claimed to be Mogra saffron, Kashmiri saffron, Iranian Saffron, and local sample (Chandigarh) were marked as Sample A to D.

DNA Barcoding: 1 g of saﬀron stigmas were extracted by immersing in 5 mL of absolute ethanol at ambient temperature overnight, in the dark, followed by Microwave-assisted extraction. The extracts were sealed in 2 mL vials and stored at 4 ºC. The genomic DNA from extracts was carried out with the help of NucleoSpin® Plant II Kit (Macherey Nagel). Plant DNA Kit was used for DNA extraction according to the manufactured protocol.

RESULTS: The DNA was successfully extracted from samples types A, B, C and was further amplified for three markers matk, rbcL and ITS. The DNA extraction of dry samples are little cumbersome but all the samples were successfully extracted. The samples were further amplified with polymerase chain technology for three specific gene markers, i.e. matk, rbcL, and ITS.

All the samples failed to show amplification for matk and rbcL except for ITS marker, which showed successful amplification in all the samples. The amplified DNA was sequenced, and sequences obtained were edited and assembled with the help of Mega 7.0 software. The sequences showed nucleotide composition, as shown in Table 1.

The sequences obtained during the present study were further submitted to NCBI and accession numbers were obtained as MH984846, MH984847, and MH984848. The sequences obtained were analyzed using blast n of NCBI to compare the sequences with an existing database. The taijama neutrality test showed 595 segregating sites with 2.6 taijama test statistics. The barcoding gap was found to be much higher in case of ITS genes as the interspecific genetic distance was almost null as compared to interspecific genetic distance was calculated with P- distance to be 0.5537 as shown in Table 2 and Fig. 1 and Fig. 4. 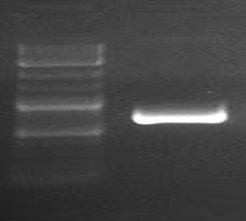 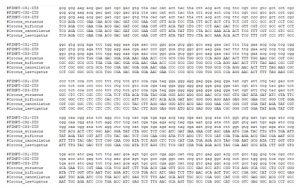 FIG. 4: MULTIPLE SEQUENCE ALIGNMENT OF CROCUS GENUS WITH THE HELP OF MEGA 7 SOFTWARE

All the sequences obtained from sample A, B, C showed 100% homology with ITS, but sample D surprisingly showed 99.2% similarity with Carthamus tinctorius, i.e. Safflower. It was then observed that the Carthamus tinctorius, i.e. Safflower colored similar to the saffron plant is being sold on herbal outlets of Chandigarh with prize quite similar to the genuine herb.

Phylogenetic Tree: The phylogenetic relationships in the Crocus sativus with interspecific species of the same genus (Crocus etruscus, Crocus biflorus, Crocus cancellatus, Crocus laevigatus) was established by the combination of ITS Fig. 2, with the high average supporting values for nodes each tree showed a “fan” shape, with closely related species clustering together, whereas distantly related species relatively scattering. The analysis of the relative distribution of distances by K2P pairs using Taxon DNA showed that each loci have a global barcode gap. ITS gene marker shows the potential to distinguish the closely related species of crocus genus with the help of maximum likelihood phylogenetic tree method.

CONCLUSION: The present study was conducted to compare and evaluate the quality of saffron samples. Only ITS sample was successfully amplified and sequenced to produce DNA barcodes of the ITS gene. The gene was also tested for its resolution capability to distinguish the closely related species with the help of maximum like a hood phylogenetic tree. The study showed the successful identification of adulteration and substitution of the herbal product with similar looking cheaper Carthamus tinctorius. The preliminary examination of saffron with DNA Barcoding methodologies may contribute to the health care communities with validated PCR based methodology to authenticate the herbal samples and improve the efficacy of herbal

ACKNOWLEDGEMENT: The authors are thankful to UGC for providing fellowship to carry out the present research work.