MOLECULAR DOCKING STUDIES OF INDENOISOQUINOLINE DERIVATIVES WITH DNA-TOPOISOMERASE I COMPLEX

MOLECULAR DOCKING STUDIES OF INDENOISOQUINOLINE DERIVATIVES WITH DNA-TOPOISOMERASE I COMPLEX

ABSTRACT: The aim of the present study is to find the effectiveness of two series of indenoisoquinolines compounds against cancer. Topoisomerase I (Top 1) an essential enzyme that participates in the processes associated with separation of DNA strands and manages the super helical tensions through the transient breakage of one strand of duplex DNA, monitored by the unwinding of supercoiled DNA. The Top 1-DNA complex an effective target in the treatment of cancer was taken as a receptor for study. The two series of indenoisoquinolines compounds were taken as ligand molecules and the 3D structure of human Top1-DNA was retrieved from PDB database. The structures of ligand were drawn using Chemsketch. Docking studies were performed using GOLD which predicts the binding affinity and hydrogen bond interactions between the ligand and receptor. From the results, it was observed that the selected series of both nitrated indenoisoquinolines and 2, 3 dimethoxy-substituted indenoisoquinolines had better Gold score with the active site residue ARG364. Docking studies conclude both the series may act as potent inhibitor that can be further studied for developing anticancer agents.

INTRODUCTION: Cancers continue to be major deadly malignancies as aggressive tumors with dismal prognoses that often relapse after initial successful therapy. Top 1 family of eukaryotic enzymes is required to relax DNA supercoiling generated by replication, transcription and chromatin remodelling. Since the process is necessary for the cell survival, topoisomerases acts as an attractive drug target for anticancer treatments 1. The Top1 structure is bound to the oligonucleotide sequence 5'-AAAAA GACTTsX-GAAAAATTTTT-3', where “s” is the 5'-bridging phosphorothiolate of the cleaved strand and “X” represents any of the four bases A, G, C or T 2.

Clinical validation of Top 1 as a drug target for camptothecin derivatives topotecan and irinotecan representing the only top 1 inhibitors approved by the U. S. Food and Drug Administration for anticancer therapy 3.

Camptothecins are effective topoisomerase I inhibitors approved for cancer treatment; hence the present study selected the indenoisoquinolines derivatives form Morrell et al., 3  to understand the inhibitory mode of indenoisoquinoline with Top 1-DNA complexes by predicting the anticancer activity on the basis of docking score.

Retrieval and Preparation of the Protein: The experimental structure of human DNA topoisomerase (Top 1) complexed with inhibitor indenoisoquinoline (M38) has been retrieved from the Protein Data Bank with the ID 1SC7. The active site of the enzyme was identified using PDBSUM, LIGPLOT and literature review.

Energy Minimization using Swiss PDB View: Except DNA molecule and co-crystal, other heteroatoms present in the protein complex structure were removed and the total energy was minimized using Swiss PDB viewer. The active site residues within the range of 3.5Å were minimized in Argus lab after adding hydrogen bonds which was saved and used as input file of GOLD.

Retrieval of the Ligand: The ligand molecules selected for the present study was based on the scientific report of Morrell et al., 3 which were drawn using ACD / ChemSketch. Fig. 1 shows the structure of the sketched compounds. Further the indenoisoquinolines was subjected for energy minimization in Argus lab.

Molecular Docking: Docking analysis was carried out for the target Top1 with the selected two series of indenoisoquinolines compounds Fig. 1 using GOLD 4.12 (Genetic Optimization for Ligand Docking; Cambridge Crystallographic Data Centre) with the default parameters population size (100); selection pressure (1:1); number of island (1); number of operations (10,000); niche size (2); mutate (100); cross over (100); fitness function and the genetic algorithms. Gold score fitness function has been optimized by the calculation of binding position of ligand. The results were viewed and analysed using silver. The fitness score is calculated as

RESULTS AND DISCUSSION: To find the binding affinity and key interactions between the two series of indenoisoquinolines and Top1-DNA complex receptor docking studies was carried out using GOLD. The ligands and co-crystal were docked in the active site of optimized and energy minimized Top 1 and the results were analysed to identify the potential compound with better Gold fitness score and hydrogen bond details of the Top-ranked pose. The active site residues of Top1 were selected from the ligplot, pdbsum and literature viz. ALA351, ASN352, ARG364, LYS532, ASP533, ASN722 and TYR723. The result of docking run generated ten different pose for each compounds with the corresponding scores. Higher the fitness score for the complex was considered as better because the scores were calculated based on the negative sum of the component energy terms 4. Out of 112 compounds tested in this study, 9 compounds had better gold fitness score. Table 1 shows the interacting residues, bond length and Gold score for the selected complexes.

The stability of the top rank docked pose of the ligand molecules were evaluated based on the hydrogen bond interaction of the active site amino acid of the protein with the compound 5. From the overall docking results, the indenoisoquinolines were having the approximate gold fitness scores and possess interaction with the active site residue ARG364. The energy-minimized, top-ranked poses of docked complexes of Top1 with the compound 48, 1, 47, 94, 30, 32, 34, 22 and 86 showed that the compounds intercalated readily at the DNA cleavage site, between the base pairs, scissile strand base and non-cleaved strand base. Lv et al., 6 designed, synthesized and docked the morpholine derivatives with Top1-DNA complex which showed Top1 inhibitory activity by binding with the important residues ARG364.

In the present study, two series of indeno-isoquinoline Top I inhibitors Nitrated indeno-isoquinolines and 2, 3-Dimethoxy-substituted indenoisoquinolines showed good binding affinity than the potent molecule reported as topoisomerase inhibitor. The compound 48 had 2 hydrogen bound interaction with ARG346 with the bond length (Å) of 2.611 and 2.090. The X-ray crystal structure of ternary campthothecin- Top1 -DNA complex indicated that camptothecin intercalated at the site of DNA cleavage and formed 2 hydrogen bonds with the active site residue ARG364 and ASP533 7.

The compounds 48, 1, 47 and 94 had the GOLD score of 49.72, 47.61, 47.31 and 47.18, respectively which were better and similar to the co-crystal 4-(5, 11-Dioxo-5H-indeno [1, 2-c] isoquinolin-6 (11H)-yl) butanoate. The compound 94 showed additional interaction with DC112 with the bond length of 2.699(Å). Kumar and Bora 1, analysed molecular docking studies of curcumin derivatives with Top 1-DNA complex as a potential lead molecule for the development of inhibitor for targets Top 1. The cyclocurcumin play an important role in binding at the site of DNA cleavage and that had interactions with ARG364, ASN722 and base A113. The results of the present study revealed the efficiency of nitrated indenoisoquinoline and dimethoxy-substitued indenoisoquinoline derivatives had interacted with the important residue ARG364 Fig. 2 which were identified to have interactions with the inhibitors in the complexed structures. 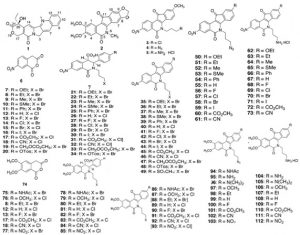 TABLE 1. GOLD SCORE AND H-BONDS OF THE DOCKED COMPLEXES OF THE LIGAND WITH TOP1 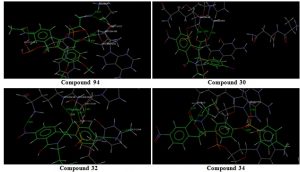 FIG. 2: INTERACTIONS OF THE LIGAND MOLECULES WITH TOP1

CONCLUSION: The present study concludes that the 112 selected compounds, two series of Indenoiso-quinolines Nitrated Indenoiso-quinolines and 2, 3-Dimethoxy-substituted Indenoisoquinoline sshowed very good interaction with the topo-isomerase 1 protein than the inhibitor. Form this, the compounds 48, 1, 47 and 94 had better GOLD score of 49.72, 47.61, 47.31 and 47.18, respectively than the co-crystal. Thus, all the compounds in the Table 1 have the ability to act as a potent inhibitor for Top1 due to the interaction with active site residue ARG364. So, further investigations are necessary to determine the possible interactions using induced fit docking for the best compounds.