Nanocapsule consists of a thin membrane surrounding a core (Liquid, solid) with their size ranging from 10nm to 1000 nm. Nanocapsules are submicroscopic colloidal drug carrier systems composed of an oily or an aqueous core surrounded by a thin polymer membrane. The membrane may be composed of natural or synthetic polymers. Two technologies can be used to obtain such Nanocapsules: the interfacial polymerization of a monomer or the interfacial nano deposition of a preformed polymer. The nanometric size of Nanocapsule can be interesting for many applications like cosmetics, perfumes or pharmaceutical industries. This article is an extended review of these Nanocapsule technologies and their applications for the treatment of various diseases. The Nanocapsule is used in various fields for drug delivery in case of tumors, as a Nanocapsule Bandages to Fight Infection, as a liposomal Nanocapsule in Food Science and Agriculture, in delivering radio therapy and as a self healing material.

INTRODUCTION: A Nanocapsule is a Nanoparticle that is spherical, hollow structure with a diameter less than 200nm in which desired substance may be placed. They can be filled with a solvent, either polar or non polar (Fig. 1). 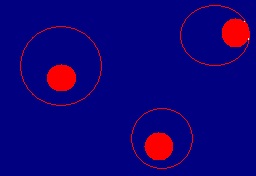 Nanocapsules can be distinguished from other Nanoparticles because they have well defined core and shell, whereas the latter do not. When it is made from polymers, Nanocapsules can be referred as hollow polymer nanostructures 1. Technologies for microencapsulating materials have been around for several years, primarily for applications involving minimisation of hygroscopic and chemical interactions, elimination of oxidation, and controlled release of nutraceuticals.

Characterization Techniques: Detailed characterization of nanocapsules is difficult due to its small size and complex formation. Some of the techniques include quasi- elastic light scattering (QELS), Gel permeation Chromatography (GPC), Transmission Electron microscopy (TEM), Scanning Force Microscopy (SFM) and Scanning electron microscopy (SEM). But none of these techniques has provided a clear picture of the Nanocapsules shell. The characteristics of interest are morphology, size and size distribution, density and zeta potential.

The Properties of Polymeric Nanocapsules: Polymeric nanocapsules can be made in specific sizes, shapes, and in reasonable quantities. Nanocapsules can be made to function in various ways. They can be produced as monodisperse particles with exactly defined biochemical, electrical, optical, and magnetic properties. They can be tailored to suit the complexity of whatever application they are intended for, such causing the release of the contents in response to a particular bimolecular triggering mechanism in targeted drug-delivery systems.

The Use of Nanocapsules as Smart Drugs: Nanocapsules can be used as smart drugs that have specific chemical receptors and only bind to specific cells. It is this receptor that makes the drug ‘smart,’ allowing it to target cancer or disease. The advantages of nano-encapsulation technologies for pharmaceutical applications include:

Nanocapsules as Drug Delivery Systems: Dispersed polymer Nanocapsule can serve as nano-sized drug carriers to achieve controlled release as well as efficient drug targeting. The dispersion stability and the primary physiological response are mainly determined by the type of the surfactant and the nature of the outer coating. Their release and degradation properties largely depend on the composition and the structure of the capsule walls. Nanocapsules can be prepared by four principally different approaches: interfacial polymerization, interfacial precipitation, interfacial deposition, and self assembly procedures. The most important capsule parameters such as capsule radius distribution, the capsule surface, the thickness and the permeability of the capsule membrane and its thermal or chemical decomposition, are discussed.

Nanocapsules for Drug Delivery: Scientists in Australia have developed minute Nanocapsules which can be used to target anti-cancer drugs to tumors, sparing other healthy tissue from side effects. The capsules, which measure about 1 micron across - or 1 thousandth of a millimeter - can be coated with an antibody which directs them from the bloodstream to a tumor. Once they are in the tumor, a quick blast with a harmless skin-penetrating laser producing near-infrared light causes the capsules to open up, discharging their contents. To make them, a polymer which when added to a suspension of drug particles forms a sphere enclosing the drug, several layers thick 3.

They then add tiny gold particles 6 nanometers - that's 6 millionths of a millimeter across - which stick onto the surface of the polymer, rather like the speckles on a bird's egg. It's these gold particles which are sensitive to the laser light and allow the capsules to deploy their drug cargo at the desired time. When near-infrared light hits the gold spots they instantaneously melt, rupturing the capsule, but without harming the contents.

Future Nanocapsule Bandages to fight infection: Conventional dressings have to be removed if the skin becomes infected, which slows healing and can be distressing for the child. This advanced dressing will speed up treatment because it is automatically triggered to release antibiotics only when the wound becomes infected, meaning that the dressing will not need to be removed, thereby increasing the chances of the wound healing without scarring. The color change acts as an early warning system that infection is present, meaning we can treat it much faster, reducing the trauma to the child and cutting the time they have to spend in hospital”. This Nanocapsules bandage might also be used for other types of wounds, such as ulcer and even by the military on the battlefield 4.

The medical dressing will release antibiotics from Nanocapsules, activated by the presence of disease-causing pathogenic bacteria, targeting treatment before the infection aggravates. The advanced wound dressing will also change color when the antibiotics are released, thus alerting doctors that an infection is present. This bandage will only be activated by disease-causing bacteria. The toxins that it produces will break open the capsules containing the antibiotics coloring the dressing. This way, the antibiotics will only be released if needed, thus reducing the risk of the evolution of antibiotic-resistant microbes, such as MRSA (Methicillin-resistant Staphylococcus aureus).

Liposomal Nanocapsules in Food Science and Agriculture: Liposomes, spherical bilayer vesicles from dispersion of polar lipids in aqueous solvents, have been widely studied for their ability to act as drug delivery vehicles by shielding reactive or sensitive compounds prior to release. Liposome entrapment has been shown to stabilize encapsulated, bioactive materials against a range of environmental and chemical changes, including enzymatic and chemical modification, as well as buffering against extreme pH, temperature, and ionic strength changes 1.

Magnetic Nanocapsules for Smart Drug Delivery: By combining peptide-based polymers with modified iron oxide Nanoparticles, researchers have developed Nanoparticles that can be manipulated in a magnetic field and that can respond to changes in pH and other physiologic stimuli. These Nanoparticles, which can be modified to include targeting molecules, could serve as a versatile, smart platform for delivering drugs and imaging agents to tumors. Diblock copolymers made of peptides to create stimuli-responsive Nanoparticles. The investigators make these polymers by first stringing together short stretches of single amino acids to form peptide blocks. When the investigators mixed the diblock copolymers with iron oxide Nanoparticles modified to be compatible with either water or organic solvents, the components self-assemble into stable Nanoparticles 5.

Nanocapsule Delivers Radiotherapy: Once the cage, and its cargo of salts, cooled the ends of the tube sealed to create a tiny radioactive Nanocapsule with a ‘sugary’ outer surface that helps to improve its compatibility inside the body. Using this method the team was able to create Nanocapsules that could deliver a highly concentrated dose of radiation (800% ionizing dose per gram) of the kind needed for radiotherapy. They then used mice to test how these radioactive Nanocapsules would be taken up by the body. They found that the Nanocapsules accumulated in the lung tissue but not in the thyroid, stomach, or bladder as occurred with ‘free’ doses of radioactive salts introduced without first being encapsulated. Even after a week in the body the Nanocapsules remained stable without any significant leaking of radiation beyond the lung 6.

Nanocapsules with Functionalized Surfaces and Walls: With the possibility of creating and handling nanometer-sized objects, it became popular to dream of future miniaturized tools allowing completely new applications in medicine and technology.

New Cancer Weapon-Nuclear Nanocapsules: Chemists have found a way to package some of nature's most powerful radioactive particles inside DNA-sized tubes of pure carbon -- a method they hope to use to target tiny tumors and even lone leukemia cells 7.

There are no FDA-approved cancer therapies that employ alpha-particle radiation; it takes thousands of beta particles to kill a lone cell. By contrast, cancer cells can be destroyed with just one direct hit from an alpha particle on a cell nucleus."The unique combination of low penetrating power and large particle mass make alpha particle ideal for targeting cancer at the single-cell level," The difficulty in developing ways to use them to treat cancer has come in finding ways to deliver them quickly and directly to the cancer site."

Nanocapsules for Self-Healing Materials: Damage in polymeric coatings, adhesives, microelectronic components, and structural composites can span many length scales. Repair of large-scale damage (e.g. a projectile or blast is difficult and, when possible, requires use of bonded composite patches over the effective area 8. For smaller scale crack damage, however, a novel method of autonomic repair has been achieved through the use of self-healing polymers  Microcapsules that contain the healing agent must possess adequate strength, long shelf-life, and excellent bonding to the host material 9.

Polymer-based Nanocapsules for Drug Delivery: A review of the state of knowledge on Nanocapsules prepared from preformed polymers as active substances carriers is presented. This entails a general review of the different preparation methods: nano precipitation, emulsion-diffusion, double emulsification, emulsion-coacervation, polymer-coating and layer-by-layer, from the point of view of the methodological and mechanistic aspects involved, encapsulation of the active substance and the raw materials used. Similarly, a comparative analysis is given of the size, zeta-potential, dispersion pH, shell thickness, encapsulation efficiency; active substance release, stability and in vivo and in vitro pharmacological performances, using as basis the data reported in the different research works published 10.

The Future Benefits of Nanocapsules in Drugs: Beyond the ability to deliver existing drugs to their target, nanocapsules would allow for as much as a 10,000-fold decrease in drug dosages, reducing the harmful side effects of drugs used in chemotherapy. Quite often, drugs don’t make it to market is because they have too many unwanted side effects. However, placing the same drug inside a nanocapsule and delivering it directly to its intended target in a reduced dosage, eliminates some of those side effects, or at least reduces them to an acceptable level.