Categories Menu
Home » NANOMEDICINE: AS A NOVEL APPLICATION OF NANOTECHNOLOGY

NANOMEDICINE: AS A NOVEL APPLICATION OF NANOTECHNOLOGY

NANOMEDICINE:  AS A NOVEL APPLICATION OF NANOTECHNOLOGY

Current modalities of diagnosis and treatment of various diseases, especially cancer have major limitations such as poor sensitivity or specificity and drug toxicities respectively. Newer and improved methods of cancer detection based on nanoparticles are being developed. They are used as contrast agents, fluorescent materials, molecular research tools and drugs with targeting antibodies. Paramagnetic nanoparticles, quantum dots, nanoshells and nanosomes are few of the nanoparticles used for diagnostic purposes. Drugs with high toxic potential like cancer chemotherapeutic drugs can be given with a better safety profile with the utility of nanotechnology. These can be made to act specifically at the target tissue by active as well as passive means. Other modalities of therapy such as heat induced ablation of cancer cells by nanoshells and gene therapy are also being developed. This review discusses the various platforms of nanotechnology being used in different aspects of medicine like diagnostics and therapeutics. The potential toxicities of the nanoparticles are also described in addition to hypothetical designs such as respirocytes and microbivores. The safety of nanomedicine is not yet fully defined. However, it is possible that nanomedicine in future would play a crucial role in the treatment of human diseases and also in enhancement of normal human physiology.

INTRODUCTION: Nanomedicine is the medical application of nanotechnology 1. Nanomedicine ranges from the medical applications of nanomaterials, to nanoelectronic biosensors, and even possible future applications of molecular nanotechnology. Current problems for nanomedicine involve understanding the issues related to toxicity and environmental impact of nanoscale materials. Nanomedicine involves utilization of nanotechnology for the benefit of human health and well being. The use of nanotechnology in various sectors of therapeutics has revolutionized the field of medicine where nanoparticles of dimensions ranging between 1 - 100 nm are designed and used for diagnostics, therapeutics and as biomedical tools for research 1. It is now possible to provide therapy at a molecular level with the help of these tools, thus treating the disease and assisting in study of the pathogenesis of disease. Conventional drugs suffer from major limitations of adverse effects occurring as a result of non specificity of drug action and lack of efficacy due to improper or ineffective dosage formulation (e.g., cancer chemotherapy and antidiabetic agents).

Current status of therapeutics: The major factors influencing the treatment outcome in a patient are the efficacy and safety profile of the drug more so when used for cancer chemotherapy. These drugs have poor cell specificity and high toxicity like bone marrow suppression, gastric erosion, hair loss, renal toxicity, cardiomyopathy, and several effects on other systems. Similarly treatment for diabetes faces challenges with the route of delivery and inadequate glycaemic control. Availability of non-parenteral dosage forms of insulin would be a breakthrough and development of a suitable drug delivery device can aid in this approach. In many cases, the sensitivity and specificity of various diagnostic methods as in radio imaging and various assays for detection of malignancy are not sufficient enough for early detection and treatment 4.

Nanotechnology and medical applications: Development of newer drug delivery systems based on nanotechnology methods is being tried for conditions like cancer, diabetes, fungal infections, viral infections and in gene therapy. The main advantages of this modality of treatment are targeting of the drug and enhanced safety profile. Nanotechnology has also found its use in diagnostic medicine as contrast agents, fluorescent dyes and magnetic nanoparticles 5.

Overview: Nanomedicine seeks to deliver a valuable set of research tools and clinically useful devices in the near future 6, 7.  The National Nanotechnology Initiative expects new commercial applications in the pharmaceutical industry that may include advanced drug delivery systems, new therapies, and in vivo imaging 8. Neuro-electronic interfaces and other nanoelectronics-based sensors are another active goal of research. Further down the line, the speculative field of molecular nanotechnology believes that cell repair machines could revolutionize medicine and the medical field.

In vivo imaging is another area where tools and devices are being developed. Using nanoparticle contrast agents, images such as ultrasound and MRI have a favorable distribution and improved contrast. The new methods of nanoengineered materials that are being developed might be effective in treating illnesses and diseases such as cancer. What nanoscientists will be able to achieve in the future is beyond current imagination. This might be accomplished by self assembled biocompatible nanodevices that will detect, evaluate, treat and report to the clinical doctor automatically. 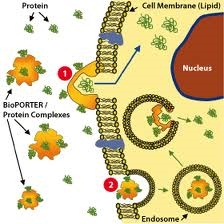 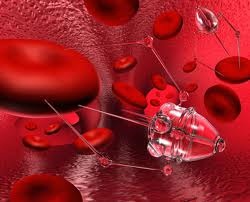 FIG. : MOST EFFORTS TO IMPROVE CANCER TREATMENT THROUGH NANOTECHNOLOGY 26

Positively-charged gold nanoparticles were found to enter the kidneys while negatively-charged gold nanoparticles remained in the liver and spleen. It is suggested that the positive surface charge of the nanoparticle decreases the rate of Opsonization of nanoparticles in the liver, thus affecting the excretory pathway. Even at a relatively small size of 5 nm, though, these particles can become compartmentalized in the peripheral tissues, and will therefore accumulate in the body over time. While advancement of research proves that targeting and distribution can be augmented by nanoparticles, the dangers of nanotoxicity become an important next step in further understanding of their medical uses 18.

If computers could control the nervous system through neuro-electronic interface, problems that impair the system could be controlled so that effects of diseases and injuries could be overcome. Two considerations must be made when selecting the power source for such applications. They are refuelable and nonrefuelable strategies. A refuelable strategy implies energy is refilled continuously or periodically with external sonic, chemical, tethered, magnetic, or electrical sources. A nonrefuelable strategy implies that all power is drawn from internal energy storage which would stop when all energy is drained.

One limitation to this innovation is the fact that electrical interference is a possibility. Electric fields, electromagnetic pulses (EMP), and stray fields from other in vivo electrical devices can all cause interference. Also, thick insulators are required to prevent electron leakage, and if high conductivity of the in vivo medium occurs there is a risk of sudden power loss and “shorting out.” Finally, thick wires are also needed to conduct substantial power levels without overheating. Little practical progress has been made even though research is happening. The wiring of the structure is extremely difficult because they must be positioned precisely in the nervous system so that it is able to monitor and respond to nervous signals. The structures that will provide the interface must also be compatible with the body’s immune system so that they will remain unaffected in the body for a long time 16. In addition, the structures must also sense ionic currents and be able to cause currents to flow backward. While the potential for these structures is amazing, there is no timetable for when they will be available.

Nanorobots: The somewhat speculative claims about the possibility of using nanorobots 20,  in medicine, advocates say, would totally change the world of medicine once it is realized. Nanomedicine 1, 16 would make use of these nanorobots (e.g., Computational Genes), introduced into the body, to repair or detect damages and infections. According to Robert Freitas of the Institute for Molecular Manufacturing, a typical blood borne medical nanorobot would be between 0.5-3 micrometers in size, because that is the maximum size possible due to capillary passage requirement. Carbon could be the primary element used to build these nanorobots due to the inherent strength and other characteristics of some forms of carbon (diamond/fullerene composites), and nanorobots would be fabricated in desktop nanofactories 21 specialized for this purpose. 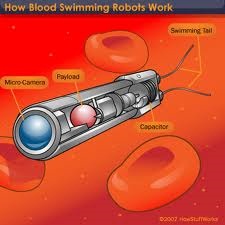 Cell Repair Machines: Using drugs and surgery, doctors can only encourage tissues to repair themselves. With molecular machines, there will be more direct repairs.22 Cell repair will utilize the same tasks that living systems already prove possible. Access to cells is possible because biologists can stick needles into cells without killing them. Thus, molecular machines are capable of entering the cell. Also, all specific biochemical interactions show that molecular systems can recognize other molecules by touch, build or rebuild every molecule in a cell, and can disassemble damaged molecules. Finally, cells that replicate prove that molecular systems can assemble every system found in a cell. Therefore, since nature has demonstrated the basic operations needed to perform molecular-level cell repair, in the future, nanomachine based systems will be built that are able to enter cells, sense differences from healthy ones and make modifications to the structure.

The healthcare possibilities of these cell repair machines are impressive. Comparable to the size of viruses or bacteria, their compact parts would allow them to be more complex. The early machines will be specialized. As they open and close cell membranes or travel through tissue and enter cells and viruses, machines will only be able to correct a single molecular disorder like DNA damage or enzyme deficiency. Later, cell repair machines will be programmed with more abilities with the help of advanced AI systems.

Nanonephrology: Nanonephrology is a branch of nanomedicine and nanotechnology that deals with 1) the study of kidney protein structures at the atomic level; 2) nano-imaging approaches to study cellular processes in kidney cells; and 3) nano medical treatments that utilize nanoparticles and to treat various kidney diseases. The creation and use of materials and devices at the molecular and atomic levels that can be used for the diagnosis and therapy of renal diseases is also a part of Nanonephrology that will play a role in the management of patients with kidney disease in the future. Advances in Nanonephrology will be based on discoveries in the above areas that can provide nano-scale information on the cellular molecular machinery involved in normal kidney processes and in pathological states.

By understanding the physical and chemical properties of proteins and other macromolecules at the atomic level in various cells in the kidney, novel therapeutic approaches can be designed to combat major renal diseases. The nano-scale artificial kidney is a goal that many physicians dream of. Nano-scale engineering advances will permit programmable and controllable nano-scale robots to execute curative and reconstructive procedures in the human kidney at the cellular and molecular levels. Designing nanostructures compatible with the kidney cells and that can safely operate in vivo is also a future goal. The ability to direct events in a controlled fashion at the cellular nano-level has the potential of significantly improving the lives of patients with kidney diseases.

FIG: NANOPARTICLES AND NANONEPHROLOGY AND TREATMENT OF VARIOUS DISEASES 23

CONCLUSION: Nanotechnology is widely considered to be one of the most promising technologies of the 21st century. In considering the use and potentials of emerging nanoscience techniques in nanomedicine, such as nanosurgery, tissue engineering, and targeted drug delivery, we have discussed ethical considerations related to this field. These ethical considerations are related to risk assessment in general, therapy on somatic cells versus germline cells, the enhancement of human capabilities, research into human embryonic stem cells, and the toxicity, self-assembly and uncontrolled function of nanoparticles and nanosystems.

The analysis of potential ethical problems in nanomedicine shows that even though ethical questions in nanomedicine may be more complex than ethical questions in general medicine and biotechnology, for example the toxicity of nanoparticles resulting from their nanoscale size fundamentally the same general ethical principles, such as respect for autonomy, beneficence, non- maleficence, and justice, are at stake. These ethical principles have been used for ethical assessment in biomedicine for several years and they form part of several different ethical theories, including the bioethical theory of Beauchamp and Childress. This shows that even though nanomedicine raises ethical issues that are more complex than those raised by existing technology, a reasonably sound knowledge base has already been acquired in the field of bioethics that can be extended to nanomedicine.