ABSTRACT: Plasmodium falciparum is the protozoan parasite responsible for the majority of life-threatening cases of human malaria, causing more than one million deaths a year. The global emergence of drug-resistant malarial parasites necessitates identification and characterization of novel drug targets. At present, α-carbonic anhydrase (CA) genes are identified in limited numbers of parasites in both protozoa and helminthes, however, the malarial genes are found in four species of Plasmodium. The CA gene of P. falciparum encodes an α- carbonic anhydrase enzyme possessing catalytic properties distinct of that of the human host CA I and II isozymes. P. falciparum native and recombinant enzymes have been prepared. Eighteen new schiff base ligand (AA01-AA18) related to previously reported potent blood schizontocidal antimalarial agent, 2-tertbutylprimaquine were synthesized and evaluated for in vivo antimalarial activities against drug-sensitive Plasmodium falciparum strain. Acute toxicity studies found that synthesized compounds were less toxic than the parent compound chloroquine, while preserving the desired antimalarial activity. Five of the analogues (AA3, AA6, AA-4, AA-9 and A-10) have exhibited curative antimalarial activity at a dose of 25mg/kg/day×4 and produced suppressive activity at a lower dose of 10 mg/kg/day×4The results of antimalarial activity showed that the ligand AA-1 exhibits moderately active while complex AA-6 exhibits good activity for chloroquine sensitive and resistant.

INTRODUCTION:  Malaria is the most serious, complex and refractory health problems facing humanity. Almost one half of the world’s population is exposed to the threat of malaria and the disease is responsible for two million deaths each year, either directly or in association with acute respiratory infections and anaemia and upto 1 million of those deaths are children.

Malaria is a leading cause of morbidity and mortality in developing world 1. Chloroquine was a mainstream drug in the fight against Plasmodium falciparum, but its efficacy is being eroded by the emergence of resistant parasites.

The spread of chloroquine resistance has prompted the re-investigation of the chemistry and pharmacology of alternative antimalarials such as amodiaquine, other 4- aminoquinoline which proved to be effective against chloroquine-resistant strains 2, 3.

Amodiaquine is a 4-aminoquinoline antimalarial which is effective against many chloroquine resistant strains of P. falciparum.

However, clinical use of amodiaquine has been severely restricted because of associations with hepatotoxicity and agranulocytosis 4, 5. It has been suggested that the toxicity of amodiaquine is related to the reactive electrophillic metabolites formedby oxidation of its phenolic side chain, especially to the formation of a quinineimine by cytochrome P-450- catalyzed biological oxidation (Scheme 1).

It has been found that amodiaquine is excreted in bile exclusively as the 5´ thioether conjugates (glutathione and cysteinyl) in rats 6. This observation indicates that the parent drug undergoes extensive bioactivation in vivo to form amodiaquine quinoneimine (AQQI) or semi quinoneimine (AQSQI) with subsequent conjugation of glutathione 7.

The enzyme which catalyzes the formation of ammonia and carbon dioxide by hydrolysis of urea is a nickel based metalloenzyme, is commonly known as urease enzyme 10. A large variety of prokaryote, most of the plants and a fewer fungi possess this enzyme 11. There are various negative implications caused by elevation of pH due to high concentration of ammonia produced by such type of reactions, in agriculture and medicine 12. Such type of negative implications can be minimized by decreasing the activity of urease enzyme by employing suitable inhibitors. Inhibitors of urease can be broadly classified into two categories:

The urease due to its high substrate (urea) specificity can only bind to a few inhibitors with a similar binding mode as urea.

The oxidative stress associated with various important diseases and pathogens are controlled by ROS reactive oxygen species which include superoxide anions, hydrogen peroxide, hydroxyl and nitric oxide radicals 13. The damages caused by free radicals are protected by antimalarial, the radical mediated toxicity and as a result these antimalarials serve as major defense. The prevention and treatment of complicated diseases such as atherosclerosis, stroke, cancer and diabetes is carried out by employing antimalarial agents 14.

Ever since the discovery of the first case of chloroquine resistance along the Thai-Cambodian border in the late 1950s, Southeast Asia has played an important role as a focus for the development of drug resistance in Plasmodium falciparum. Although the first case of quinine resistance had been reported much earlier from South America, the onset of chloroquine resistance marked the beginning of a new chapter in the history of malaria in Southeast Asia and by 1973 chloroquine finally had to be replaced by the combination of sulphadoxine and pyrimethamine (SP) as first line drug for the treatment of uncomplicated malaria in Thailand and more than 10 African countries have also switched their first line drug to SP. In 1985, eventually SP was replaced by mefloquine. The rapid development of resistance to this new drug leads to the introduction of artemisinin as a combination drug in the mid-1990s.

The above grounds prompted us to work and report the synthesis and characterization of nickel (II) complex 2 of the Schiff base ligand 1 conduct biological evaluation.

Single-crystal X-ray diffraction data was collected on Bruker Smart APEX II, CCD 4-K area detector diffractometer 17. Data reductions were performed by using SAINT program. The structure was solved by direct method 18 and refined by full-matrix least squares on F2 by using the SHELXTL-PC package 19. The figures were plotted with the aid of ORTEP program 20.

Synthesis and characterization: Salicylaldehyde upon reaction with ethylenediamine resulted in the formation of Schiff base ligand 1; however it was resulted in the formation of a complex 2 upon treatment with Ni (II) acetate. A very much clear evidence about the stability of complex 2 was determined by the fact that this compound possesses a high melting point i.e. 203oC.

FIGURE 1:GENERAL REPRESENTATION OF THE STRUCTURE OF A SCHIFF BASE

1H-NMR spectra: The presence of a hydrogen atom at δ 8.58 (2H, s) in 1H-NMR spectrum indicated the presence of azomethine proton in ligand 1 and strengthened the idea that product contains azomethine linkage. The chemical shift of these hydrogens underwent a shift towards downfield region i.e. δ 7.88 (2H, s) and signals for two hydrogens at δ 13.34(s) in ligand 1 disappeared from the spectrum of complex 2 which confirmed that oxygen atoms are involved in coordination.

Infrared spectra: The involvement of azomethine group in complex formation was determined by observing IR spectra of the complex 2 which showed shift in the position of a band at 1618 cm-1 due to the presence of ν(-C=N-) (azomethine) in ligand towards lower frequency region i.e. 1530 cm-1 in the spectrum of complex 2 22. The disappearance of distinguishing bands of carbonyl group ν(C=O) group and the amino group indicated the completion of condensation reaction.

The presence of a band at3224 cm-1 for the ligand 1 in IR spectrum confirmed the presence of intramolecular hydrogen bonding. The bands at 590 and 465cm-1 were assigned to the vibrations of (Ni-N) and (Ni-O) 23 respectively, in IR spectrum which is the direct evidence for involvement of heteroatoms (i.e. oxygen and nitrogen) of ligand in the coordination.

Electronic spectra and magnetic moment: The π – π* transition of the azomethine (>C=N–) chromophore in ligand was observed at 329 nm in UV/Vis spectrum. The involvement of azomethine nitrogen in coordination/ complexation was also supported by the shift of azomethine band towards longer wavelength in the spectrum of complex 2. The appearance of bands at 381, 461 and 492 nm in UV/Vis spectrum of complexwas observed and these bands were assigned to 1A1g → 1A2g, 1A1g → 1B1g and 1A1g → 1E1g transitions which confirmed that geometry of the complex 2 is square planar24.  2.01 B.M. was the observed value for magnetic moment of complex and is in full concurrence with the literature reported data 25.

Single-crystal X-Ray diffraction analysis: It was carried out to establish the structure of complex 2 (Scheme 1). The ORTEP diagrams of complex 2 (Figure 2) showed that mononuclear nickel (II) complex, [Ni(C16H14N2O2)], the Ni atom is coordinated with four donor atoms of the Schiff base ligand to adopt square-planar geometry. The two benzene rings are each planner with the dihedral angle of 6.61(13). 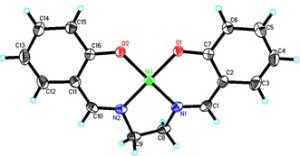 FIGURE 2:SYNTHESIS OF SCHIFF BASE LIGAND AA-1 AND ITS Ni (II) COMPLEX AA-2

The five member ring adopts an envelope conformation with maximum deviation of 0.156(2) for N1 atom from the atom from the least square plane. The bond lengths and angles are similar to those in other structurally related compounds 26.  In the crystal structure, the H atoms of C8 and C9 are involved in hydrogen bonding with atoms O1 and O2 of a neighbouring molecule via C8---H8B---O2 and C9---H9A---O2 intermolecular interactions and  lead to the formation of chain running parallel along the c axis (Figure 3). 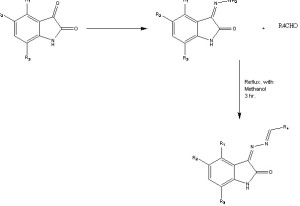 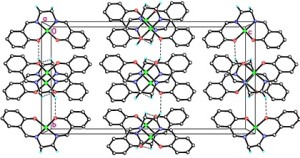 Suggested structural formula of the complex 2: It has been established by the foregoing discussion that nitrogen atoms of imino group and oxygen atoms of Schiff base ligand are involved in complexation. Scheme 1illustrates the tentative proposed structure for complex 2.

Biological studies 37-39: The urease inhibition and antimalarial activities of complex 2 and Schiff base ligand AA-1 were conducted by screening these compounds. 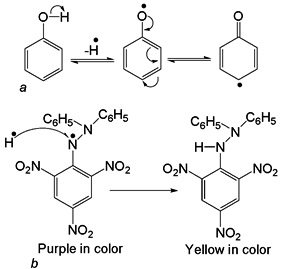 The sensitivity of different stages of P. falciparum was tested using the FcB1 strain. Serial dilutions of nitidine, which were close to its IC50 determined previously on this strain, were prepared. After synchronization over a six-hour period (time between magnetic collection of previous stages and sorbitol lysis after invasion), the parasites were plated at ring stage in 24-well plates. The drugs (nitidine and chloroquine as a control) were added, and the plates were incubated for 8 h; the corresponding wells were then washed while the drugs were added into the new wells for eight-hour incubation. The cultures were then incubated until the end of the erythrocytic cycle plus additional 24 h. Giemsa-stained thin smears were made, and parasitaemia was confirmed by the numeration of at least 10,000 erythrocytes 30.

In vitro antimalarialeffects of the investigated compounds were tested against activity against chloroquine sensitive strain and resistance strain. The results showed that the AA-5 exhibits moderate activity, but complex AA-10 exhibits good activity for  chloroquine sensitive strain and resistance strain species and significant for Gram-negative species (Table 1).

CONCLUSIONS: On the basis of this work, it is concluded that Schiff base ligand AA-5 and its complex AA-10 are non-significant as compared to standard BHA and Schiff base AA-5has significant result while thecomplex AA-5 shows non-significant urease inhibition as compared with thiourea. In vitro antimalarialeffects of the investigated compounds showed that the ligand AA-10 exhibits moderate activity, but complex AA-5 and  AA-10 exhibits good activity for  chloroquine sensitive strain and resistance strainspecies and significant for Gram-negative species

Supplementary material: All spectral and structural data was published in International Journal of Biomedical Research 36.

ACKNOWLEDGMENTS: The authors gratefully acknowledge central instrumentation facility; Jamia Hamdard deemed University for NMR spectral analysis of the synthesized compounds. One of the author, Kuldeep Patel wishes to thanks for the UGC for JRF.