ABSTRACT: Rivaroxaban is utilized as a direct factor Xa inhibitor for the prevention and remedy of thromboembolic disorders. This study aimed to evaluate a generic version of rivaroxaban 10 mg tablet. Considering previous reports of safety and tolerability of a single dose (1.25-80 mg) of rivaroxaban, this study used a randomized, single-dose two-way crossover of rivaroxaban in 28 healthy volunteers, with a washout period of seven days. Analyses of blood samples were performed by a validated ultra-high performance liquid chromatography coupled with tandem mass spectrometry. An YMC-Pack ODS-AQ reversed-phase column with the mobile phase of acetonitrile and 10 mM ammonium acetate pH = 3 (70:30, v/v) at a flow rate of 0.3 mL.min-1 under isocratic elution was selected for the analysis. A range of 2.5-600 ng.mL-1 was obtained for the calibration curve. Pharmacokinetic parameters were calculated for the bioequivalence assessment. The results showed that two formulations have similar pharmacokinetics. The 90% confidence interval of the mean ratios of the test versus reference formulation of Ln transformed AUC0-30 (82.0-98.0), AUC0-inf (81.3-105.2), and Cmax (82.4-104.4) were within the acceptable range of 80-125%.

For many decades, vitamin K antagonists (VKAs) have been the only oral anticoagulants. VKAs are administered orally and are effective in clinical uses, but their slow onset, interaction with food and drugs, and unpredictable outcomes in pharmacokinetics and pharmacodynamics present a limited therapeutic window.

Oral anticoagulants, which play a direct and particular role in only one coagulation factor, have been established in recent years. Rivaroxaban, Apixaban, and Dabigatran etexilate with predictable pharmacokinetics and pharmaco-dynamics are examples of direct oral anticoagulants for administration in specific thromboembolic disorders 2-6. Rivaroxaban Fig. 1 (5-chloro-N-({(5S)- 2- oxo- 3-[4-(3-oxo-4-morpholinyl)phenyl]-1, 3-oxazolidin-5-yl}methyl)- 2- thiophenecarboxa-mide) (C19H18ClN3O5S) is a direct Factor Xa (FXa) inhibitor in concentration-dependent procedures 7, 8. FXa plays a key role in thromboembolic disorders because it is the main site in which thrombin generation is reinforced. The size and chemical structure of rivaroxaban enable the drug to interact properly with FXa 7. Having a molecular weight of 435.88, and low-solubility, high-permeability features place rivaroxaban in the category of BCS Class II drugs 3. The first rivaroxaban oral tablet (Xarelto®), which indicated for the prevention and treatment of thromboembolic disorders does not require cofactors to apply its anticoagulant effect 3, 4.

Initial clinical studies have shown it to have a reasonable safety and tolerability profile in healthy subjects 7. The absolute bioavailability of a 10 mg dose of rivaroxaban, when given orally, is 80-100%. Fasting and fed condition do not influence the AUC or Cmax of a 10 mg tablet 3, 7-8. In contrast, under fasting conditions, the bioavailability of a 20 mg tablet was reduced by 66%. The biological half-life of rivaroxaban is 9 h in healthy subjects 9, 10.

This study aimed to compare the pharmacokinetics and bioavailability of a generic rivaroxaban tablet and the reference product in healthy Iranian volunteers.

Subjects: The protocol was approved by the Ethical Committee of Tehran University of Medical Science (IR.TUMS.TIPS.REC.1397.047), and all subjects signed the informed consent. Twenty-eight healthy male and non-pregnant, nonlactating female volunteers with normal medical examinations that consisted of laboratory tests (serum chemistry, hematology, urinalysis), medical history, and physical examination were enrolled in this study. Volunteers with an allergy to rivaroxaban or its excipients or with a history of acute or chronic disease were excluded from the study. No smokers were involved. There was the exclusion of volunteers with a medical history that would influence the final results.

Study Design: This study was performed at the Tehran University of Medical Sciences. This randomized study was designed as a single-dose, two-period, two-sequence crossover study to determine the bioequivalence of two formulations of rivaroxaban 10 mg in healthy Iranian adults. All subjects fasted for 10 h before and 3 h after dose administration. Additionally, subjects forbade to drink water from 1 h before to 1 h after drug administration. Two oral tablets (2 × 10 mg) of Axabin® (Arena Hayat Danesh Pharma Co, Tehran, Iran) or Xarelto® (Bayer Schering Pharma AG, Berlin, Germany) were randomly administered as the test and reference products, respectively, with 240 mL water for each subject in each period, with a washout of one week between two periods. Blood samples (2 mL) were collected through a peripheral vein at 0 (predose) and 0.5, 1, 1.5, 2, 2.5, 3, 4, 5, 6, 8, 10, 24, and 30 h after drug administration. Heparin saline was injected for prevention of blood clotting. Blood samples were immediately centrifuged, and plasma was frozen at –70 °C until drug analysis.

Drug Analysis: Stock solutions of rivaroxaban and carvedilol (internal standard) (1 mg.mL-1) were made in methanol. Plasma samples for calibration at concentrations of 2.5, 5, 10, 25, 50, 100, 150, 200, 300, and 600 ng.mL-1 were prepared by diluting rivaroxaban stock solution with blank plasma. The within-day and between-day accuracy and precision determinations and the recovery study were accomplished with three replicates of four different quality control QC samples.

The mobile phase consisted of acetonitrile, 10-mM ammonium acetate pH = 3 (70:30, v/v) and the flow rate was 0.3 mL.min-1. The column temperature was maintained at 30 °C. To 200 μL of plasma in an Eppendorf polypropylene tube, was added 500 μL internal standard solution (20 ng.mL-1 in methanol), vortexed for 1 minute, and centrifuged at 1500 g for 5 min. Ultimately, 5 μL of supernatant was injected into the UHPLC column. Each standard solution was analyzed 3 times, and the average ratio of peak drug area to internal standard was selected as an instrument response.

Statistical Analysis: Subjects in the first and second-period blood sampling were included in the statistical analysis. The values of Cmax, AUC0-t, AUC0-∞, and kel obtained from the two study periods were analyzed. For the evaluation of bioequivalence between test and reference drugs, the mean ratios of the test versus reference formulation of Ln transformed AUC0-t, AUC0-inf and Cmax were compared. This comparison was based on parametric 90% confidence intervals 14.

RESULTS: In two study periods, there was no serious adverse effect after the administration of 2 × 10 mg rivaroxaban tablets. This study was completed with 26 subjects in each period. The demographic data are summarized as follows: mean age, 35 y; mean body weight, 94 kg; and mean height, 174 cm. Two volunteers discontinued the study for personal reasons. The validation of the assay procedure was performed based on an assessment of several parameters. The linear range was observed over a concentration range of 2.5–600 ng.mL-1. The sensitivity of analysis was efficient enough for quantitative assay of this study. The limit of quantification (LOQ) of rivaroxaban in plasma samples, which had a relative standard deviation of less than 20%, was 2.5 ng.mL-1. The limit of detection (LOD) was 1 ng.mL-1. The range of within and between day precision and accuracy was 1.2-8.4% and 94.1-104.5%, respectively. The recovery was in the range of 94.4-99.2% Table 1.

TABLE 1: WITHIN AND BETWEEN DAY PRECISION AND ACCURACY AND RECOVERY OF DETERMINATION OF RIVAROXABAN IN HUMAN PLASMA 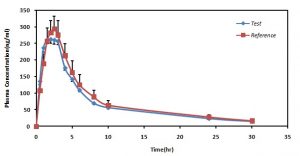 TABLE 3: THE 90% CIS AND POWER OF TEST AND REFERENCE FOR LN TRANSFORMED PHARMACOKINETIC PARAMETERS Cmax, AUC0-30 AND AUC0-INF FOR RIVAROXABAN

DISCUSSION: Results from the previous phase I studies on single- and multiple-dose administrations of rivaroxaban indicated that the drug exhibited predictable pharmacokinetics and is therefore safe for the treatment of thromboembolic disorders. However, no pharmacokinetic and bioequivalence studies of rivaroxaban have been conducted in the Iranian population. In phase I studies of rivaroxaban in Japan, Germany and the US, the tolerability and safety of rivaroxaban has been reported up to 80 mg and 30 mg twice daily (for 5 days) in single and multiple doses, respectively 5. There was no identification of main safety issues on both treatments, where they were effectively endured.

This study was intended to evaluate the pharmacokinetics and bioequivalence of the 10 mg oral rivaroxaban tablet and a new generic form of the drug. This was a cross-over study that carried out bioequivalence testing between the Iranian brand-name and reference formulation of the drug rivaroxaban. The examined formulations were administered to 28 subjects.

The accurate determination of rivaroxaban was performed by a sensitive and specific UHPLC-tandem mass spectrometry, which has been applied in several clinical studies 15-17. According to obtained values regarding accuracy and precision, the assay method had repeatability within and between days, and the measurements constituted an acceptable closeness to the known values, respectively. A crossover design was applied to give both formulations to every subject, where this was done through separation by a 1-week washout period. This is more than five times the 5-9 h half-life identified in prior researches. Foreseeable pharmacokinetics has been seen for rivaroxaban in healthy subjects 3. The general pharmacokinetic profiles of rivaroxaban in test and reference formulations were similar. Calculation of the administration of every treatment and all pharmacokinetic parameters resulted in serial blood samples over 30 h. The PK parameters AUC0-t, AUC0-inf, and Cmax of rivaroxaban were the main endpoints. Standard non-compartmental methods from the plasma concentration-time data of rivaroxaban were used to estimate PK parameters. This was done after a single dose of test and reference treatments were administered. The Cmax for the test and reference formulations appeared similar to previously published pharmacokinetic studies 3.

About FDA guidelines, confidence interval approaches are recommended for bioequivalence assessments. Based on the average Ln-transformed ratios of pharmacokinetics parameters, AUC0–30, AUC0–inf, and Cmax should fall within the allowable equivalence range (0.8-1.25).

CONCLUSION: In conclusion, the results of this study confirmed the bioequivalence of the generic rivaroxaban (Axabin®) and brand (Xarelto®) formulations in 26 healthy Iranian volunteers.

ACKNOWLEDGEMENT: We appreciate the Arena Hayat Danesh Pharma Co. for the financial support of this study.