ABSTRACT:  Herbal medicines are precious and valuable gift of nature. Indian system of medicine viz. Ayurveda is much prevailing in our country, which comprises of various traditional medicines. The practice of medicinal herbs for treating the diseases is very well known from ancient time. Actiniopteris australis (Syn: A. radiata; A. Dichotoma), is a xerophytic species of the fern family Actiniopteridaceae , listed among endangered and fast disappearing plants, found to be little explored with regards to its medicinal uses, reproductive methods and chemical constituents. Major phytoconstituents reported in this plant are hentriacontane, hentriacontanol, β-sitosterol palmitate, β-sitosterol, β-sitosterol-D-glucoside and Quarcetin-3-rutinoside (rutin). This plant has been reported for various biological activities such as antifertility, styptic, anthelmitic, anti-tubercular etc. 50 % Ethanolic extract can be used to develop a safe male contraceptive pill . It is also used as dietary supplement in malnutrition. It has shown to remove heavy metals like Selenium and Arsenic from the rhizosphere by Phytoremediation method.

INTRODUCTION: Herbal drugs have been used since ancient times as medicines for the treatment of range of diseases. Medicinal plants have played a key role in world health. In spite of the great advances observed in modern medicine in recent decades, plants still make an important contribution to health care. A large proportion of the Indian population for their Physical and Psychological health needs depend on traditional systems of medicine.

Medicinal plants have become the focus of intense study in terms of conservation and as to whether their traditional uses are supported by actual pharmacological effects or merely based on folklore 1.

Actiniopteris australis (Syn: A. radiata; A. Dichotoma), a true fern, listed among endangered and fast disappearing plants, found to be little explored with regards to its medicinal uses, reproductive methods and chemical constituents. Even though some pharmacological studies had been reported earlier, they were found to be inadequate to establish beyond doubt, biological activities and medicinal uses this plant, due to contradictions and non-uniformity in their reports. For example, anthelmintic activity of plant extract reported by Bhatnagar, et al., 2, was later contradicted by K. C. Singhal’s  studies in mice. 3 Similarly, antifertility activity reported by Dixit and Bhatt 4 by studies in human volunteers was contradicted just in a years span by B. N. Dhawan et al’s.,5 studies in rats. Adding to this, the fact that most of the activity studies had been reported in 1970s, underlines the significance of elaborate pharmacological evaluation of this plant for more precise and accurate findings.

It is a tiny terrestrial fern, found throughout India, Burma, Sri Lanka, Afghanistan, Persia, Arabia, Yemen, South Eastern Egypt, Tropical Africa, Australia and Madagascar. Black or reddish gravelly soil is best suited for its growth. It is of limited distribution, and in areas where it occurs, is restricted to depleted walls and rocky crevices of steep slopes of exposed hilly areas, up to the altitude of 1200 m 6.

Sporophyte of Actiniopteris australis is a tiny terrestrial plant of 6-17 cm height, rooting in rock crevices in moist damp shade situation 12. Rhizome of the plant is short, erect to sub-erect, clothed with many smooth scales and having the diameter of approximately 4 mm. Rhizome is dark to pale brown in colour. Stipes are greenish to hay coloured, 5-15 cm long, fronds small, palm-shaped, dichotomously dissected into fine segments: segments linear, fertile fronds larger than sterile ones; sori sub-marginal, dark brown, covering the whole lower surface of the fertile segments and are abundant in nature 13.These dichotomous segments are having size approximately 2-3 x 1-2 cm; texture subcoraceous, edges refluxed when dry, apex toothed, veins a few running sub-paralleled to inconspicuous midrib.

The spores are trilete with slightly convex sides and rounded corners. The laesurae are long, crassi marginate with undulate surface, spore bear large irregular closely-set verucae-like ridge with wavy margins. They are yellowish to dark brown when mature. The average dimensions of the spores are 49.39 x 54.83 μ 14. Normally the fern is triploid but occurrence of diploid, apogamous specimens has also been reported 15.

Gametophyte of Actiniopteris australis is short lived prothallus. The occurrence of different shapes of prothalli within one species is an interesting and unique feature. Ribbon-shaped, asymmetrical and variously lobed prothalli have been reported studied by S. Bhambie and   C.X. George. Prothalli of Actiniopteris shows a number of interesting features, viz. occurrence of thick walled cells at the basal region, procambial-like tissue in older prothalli and even the conversion of young detached leaf-tip into prothallus. These characters can be correlated with the xeric habitat of the plants, as it has to face very adverse conditions during drought 16, 17 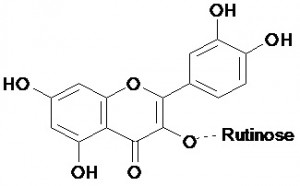 The plant Actiniopteris is used as a styptic, anthelmitic, dietary supplement in malnutrition, also used in acute headache and in dysentery22, 23, 24, 25, 26. Hemadri in 1992 reported the medicinal uses of this plant for relieving itching 27. Interestingly Vijayakumar and Pullaih in 1998 reported that the root of this plant promotes fertility 28. K. Thulsi Rao et al. have reported that Actiniopteris used for control of blood pressure, tuberculosis and cough by Chenchu tribes occurring in Nallamalais of Andhra Pradesh, India 29.

In 1972, Kshirsagar and Mehta have reported that the methanolic extract of the plant was devoid of antibacterial activity against Bacillus subtilis, Bac cereus, Bac megaterium, Staphylococcus aureus and E.coli 30.

The only clinical study on Human volunteers for Actiniopteris was reported in 1975 by S.K. Dixit  and G.K. Bhatt, Research Institute (Ayurveda) Rajasthan, Jaipur 31. In this study, antifertility of the combination  of the Mayur sikha (vernacular name of Actiniopteris radiata) and Nagad Babchi (vernacular name of Ocimum americanum linn.) has been studied in 10 healthy volunteers. The drugs have been administered just after menstrual period for 3 days continuously. (The couples were advised to avoid sexual intercourse during this period).

The Mayur sikha has been administered 1 gm dose with 1.5 lb of fresh cow milk and sugar candy. The Nagad Babchi has been administered in the evening before meals in 1 gm dose with sugar candy and water. The result was promising, since it prevented conception in 9 out of 10 cases. Preliminary observation also suggested that this drug combination is non-toxic oral contraceptive.

In the next year (1976), K.C. Singhal has reported that the aqueous extract and decoction of the leaves of Actiniopteris dichotoma did not reveal antihelmentic activity against Syphacia obvelata, Nippostrongylus brasiliense and Hymenolepis nana in vivo, in mice 32. Another significant effect on the screening of Actiniopteris came through B. N. Dhawan, G.K. Patnaik et al., just one year later (in 1977) 33.

The 50% ethanolic extract of the plant in a preliminary biological screenings was found to be devoid of antibacterial (in Bacillus subtilis, Staphylococcus aureus, Salmonella typhi, E coli and Agrobacterium tumefaciens), anifungal (in Candia albicans, Gyptococcus neoformans, Trichopyton mentagophytes, Microsporum canis and Asperigillus niger), antifertility (anti-implantation, spermicidal, semen coagulant and abortifacient), hypoglycemic, diuretic, anti-inflammatory activity, respiratory and cardiovascular effects. The LD50  of the extract was found to be 750 mg/kg i.p in mice. A. Sharma et al. have reported an in vivo study on male rats for the antifertility activity of 50% ethanolic extract of Actiniopteris.34 In this study crude extract of whole plant of Actiniopteris dichotoma (50% ethanolic extract) and its isolated chromatographic fraction 50:50 (CHCl3 : CH3 OH) at the dose level of 50 mg/kg body wt/day for 60 days, induced infertility in male rats.

They have reported that the reduction in fertility is coinciding with suppressed sperm production and reduced sperm motility. The treatment caused degeneration and vacuolation in spermatogenic cells and reduced seminiferous tubule dimensions. The spermatids were declined by 98.0% and 95.6%. In addition, the study has shown that the reversibility could be achieved after 8-10 weeks of cessation of the treatment. This important pharmacological study suggested that Actiniopteris dichotoma can be used to develop a safe male contraceptive pill.

Phytoremediation, more specifically phyto extraction, attempts to remove contaminants from the rhizosphere through plant uptake and the contaminants are accumulated in roots, leaves and/or stems. The plant materials are then harvested and the contaminants reclaimed from the plant biomass or the materials are disposed of at a hazardous waste facility. Phytoextraction is an organic, low input, and solar energy powered remediation technique that is applicable to sites with surface and low to medium levels of contamination. The ideal plant for phytoextraction must be able to tolerate high levels of the element in root and shoot cells. Plants used for phytoextraction must have the ability to translocate the contaminant from roots to shoots at high rates. For most plants, root concentrations are much higher than shoot concentrations, but in hyperaccumulators, shoot metal concentrations exceed root 37.

CONCLUSION: Even though some pharmacological studies had been reported earlier, they were found to be inadequate to establish beyond doubt, biological activities and medicinal uses this plant, due to contradictions and non-uniformity in their reports. For example, anthelmintic activity of plant extract reported by Bhatnagar, et al., was later contradicted by K. C. Singhal’s studies in mice 40. Similarly, antifertility activity reported by Dixit and Bhatt by studies in human volunteers was contradicted just in a year’s span by B. N. Dhawan et al’s studies in rats. Adding to this, the fact that most of the activity studies had been reported in 1970s, underlines the significance of elaborate pharmacological evaluation of this plant for more precise and accurate findings.

Another area of interest is the heavy metal content in this plant and its relation to pharmacological activity and other parameters like LD50.  The plant has shown to absorb heavy metals like Arsenic from the atmosphere, which have deleterious effects in human beings 41. Since A. radiata is an endangered species, detailed study on other aspects like xerophytic adaptation, reproductive methods, resurrection habit etc., may also be appreciated. Much exploration still needed for this plant.