ABSTRACT: The objective of the present work is to study the antifungal activity of gall extracts of Quercus infectoria (Q. infectoria) (Family: Fagaceae). The plant commonly known as gall oak, is a small shrub found in Greece, Asia Minor and Iran. The gall of Quercus infectoria macroscopically, is globose with horny appearances on external surface (1-1.5 cm in diameter) giving rough touch, greyish-brown to brownish-black in colour externally with unpleasant odour. The galls of Quercus infectoria have been pharmacologically documented to possess astringent, antidiabetic, antitremorine, local anaesthetic, antiviral, antibacterial, antifungal and anti-inflammatory activities. The powder of Quercus infectoria gall was subjected to extraction with Chloroform, Ethanol, Acetone, Ethyl acetate and Water using soxhlet extractor. The extracts after preliminary phytochemical investigation had shown the presence of Carbohydrates and Tannins. The antifungal activity was performed by agar cup plate method against two fungi, Penicillium sps and Aspergillus sps. The zone of inhibitions were compared with standard antifungal drug clotrimazole. The chloroform extract exhibited good anti-fungal activity as compared to other extracts.

INTRODUCTION: Quercus infectoria (Family: Fagaceae) is one of the popular medicinal plants used traditionally in postpartum care and treatment of various ailments. This plant is a small tree or shrub about two meters high and is mainly found in Asia, Greece, and Iran. Its galls are round-shaped with abnormal growth found arising on the young branches of the oak tree due to the attack by the stinging gall-wasp Adleria gallae-tinctoria. It is commonly known as “manjakani” in Malaysia and also known as “Majuphal” in Ayurvedic literature 1, 2. The old folk’s women believed that “manjakani” is a ‘magical’ fruit that has many usage especially to women.

Tannins which constituted for almost 50-70% of Q. infectoria galls were reported to demonstrate most of the anti-inflammatory, antibacterial, and antifungal activities 3, 4. Apart from that, a small amount of gallic acid and ellagic acid were also present in the gall extracts 5. Antifungals are used to kill or prevent further growth of fungi. In medicine, they are used as a treatment for infections such as athlete's foot, ringworm. These medicines are commonly used to treat the fungal infection mostly found on hair, skin and nails. The present study aimed to give a detailed description of Phytochemistry of different gall extracts of Quercus infectoria and also to evaluate the antifungal activity of the extracts against two fungi Aspergillus sps and Penicillium sps.

Preparation of Gall Extracts: The plants of galls were dried at room temperature, and then they were pulverized in mechanical blender to coarsely powdered drug and passed through mesh size 40 sieve. The powdered drugs of gall were packed in soxhlet apparatus by using ethanol, ethylacetate, acetone and chloroform for 10 hrs. A semisolid was obtained after complete elimination of solvent under reduced pressure.

Benedict's test: Test solution was mixed with few drops of Benedict's reagent (alkaline solution containing cupric citrate complex) and boiled in water bath, observed for the formation of reddish brown precipitate to show a positive result for the presence of carbohydrate.

Gelatin Test: Test solution when treated with gelatin solution would give white precipitate indicating the presence of tannins.

Determination of Antifungal activity: The determination of the antifungal activity of the extracts was done by cup plate method and clotrimazole was taken as the standard drug. Czapekdox agar medium was prepared sterilized and fungi were inoculated by pour plate method. After the media solidified wells were punched using a gel borer. 50µl of the extracts were added to the wells.

The activity was tested against two fungal species Aspergillus and Pencillium. After incubation for 4-5 days the diameters of zones of inhibition were measured 8. MIC of the chloroform and ethyl acetate extracts which showed good antifungal activity was also performed. 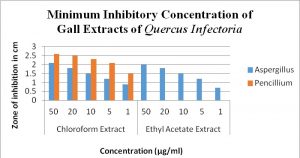 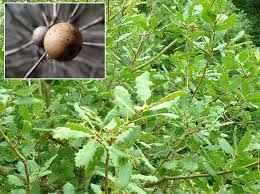 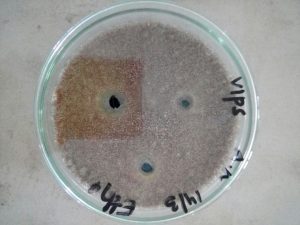 FIG. 2: ZONE OF INHIBITION OF ETHYLACETATE EXTRACT OF QUERCUS INFECTORIA AGAINST ASPERGILLUS

FIG. 3: ZONE OF INHIBITION OF CHLOROFORM EXTRACT OF QUERCUS INFECTORIA AGAINST PENCILLIUM 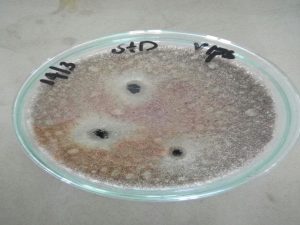 FIG. 4: ZONE OF INHIBITION OF CLOTRIMAZOLE

CONCLUSION: From the above observations it can be concluded that Chloroform extract of Quercus infectoria gall powder has good antifungal activity against Aspergillus and Pencillium species and further work can be carried out to know the specific constituent of the extract that is responsible for antifungal activity.

ACKNOWLEDGEMENT: We thank the Principal and Management of Vaageswari Institute of Pharmaceutical Sciences, Karimnagar for their Support & Encouragement throughout the work.