And have been used in the treatment of febrile conditions. Seeds are useful in fevers, leucorrhoea, urinary discharges, lumbago, and diseases of the brain and of the heart. They have been used in the treatment of difficulty in breathing, inflammation of the liver and jaundice 1, 2. Since the plants is widely used for treatment of various ailments, the present study was investigated its effect on immunomodulatory activity in the experimental animal models.  Spinach has a high nutritional value and is extremely rich in antioxidants, It is a rich source of Vitamin A (lutein), Vitamin C, Vitamin E, Vitamin K, magnesium, manganese, folate, and iron. It having the various biological activities like virus inhibitor 3, anthelmentic 4, Antioxidant 5, hepatoprotective 6 CNS Depressant Effect 7 and reducing risk of breast cancer 8.

Plant Material: The leaves of Spinacia oleracea were collected from outfield medicinal garden near to Gwalior, Madhya Pradesh. Plants were identified and voucher specimen deposited in Department of Pharmacognosy for future references.

Animals: Albino wistar rats (150–200 g) either sex, were used for pharmacological evaluation. The animals were housed in standard environmental conditions of temperature (21 ± 2°C), humidity (55 ± 10%) and a 12-h light–dark cycle. Rats were supplied with standard pellet diet and water ad libitum. The animals were acclimatized to laboratory hygienic conditions for 10 days before starting the experiment. Animal study was performed with the approval of the Ethical committee and CPCSEA approved animal house and Institutional Animal Ethics Committee (CPCSEA Reg. N0. 1039/PO/Re/S/07/CPCSEA).

Drugs and Chemicals: Levamisole of Khandelwal labs, Mumbai was used as reference standard drug. All other reagents and chemicals used were of analytical grade.

Preliminary phytochemical screening (Detection of Carbohydrate, Glycosides, Detection of Alkaloids, phytosterols and triterpenoids, Protein and Amino acid, Fixed oils and Fats, Phenolics and Tannins, Flavonoids, Detection of Saponin and Detection of Mucilage) was performed for all the extracts 10-11.

Acute toxicity study and Dose selection: Acute oral toxicity test was carried out according to the Organization for Economic Co-operation and Development (OECD) guideline No. 423. Rats were kept for overnight fasting prior to drug administration. A total of three animals were used, which received a single oral dose in 2000 mg/kg, body weight of different extracts of plant S.oleracea. The treated animals were monitored for 14 days for mortality and general behavior.

Delayed-type hypersensitivity (DTH) response: Rats were divided in to ten groups of six animals. All the animals received drugs according to corresponding groups for 7 days, on 8th day rats were immunized by injecting 0.5 ml of fresh sheep red blood cell suspension (SRBCs) (109 cells/ml suspended in normal saline) intraperitoneally. On 11th day the thickness of right hind footpad was measured using vernier caliper. The rats were then challenged by injection of 20 µl of 1% SRBCs (suspended in normal saline) in right foot pad. Foot thickness was again measured after 24 hrs and 48 hrs of this challenge. The differences obtained for pre- and post challenge foot thicknesses were taken for the measurement of DTH and were expressed in mm 9, 13.

Acute toxicity study and Dose selection of different extracts:  No mortality and behavioral changes were observed in the treated groups up to 2,000 mg/kg body weight. It was observed that none of the extracts were found to be lethal even at the dose of 2000 mg/kg. Hence, 1/ 10th dose was selected as effective dose or therapeutic dose. The cut off value of 200 mg/kg were selected for immunomodulatory activity. Doses equivalent to 200 mg of the crude drug per kilogram body weight were calculated, and suspended in 1% w/v Tween 80 solutions for experiment as shown in Table 2.

Delayed-type hypersensitivity (DTH) response by SRBC: Cell mediate immunity involves effector mechanism carried out by T lymphocytes and their products (lymphokines). DTH require the specific recognition of a given antigen by T lymphocytes, which subsequently proliferate and release cytokines. The mean value of the DTH response to SRBC was 0.15±0.07 for group 1 (control), 0.32±0.04 for group 2, 0.70±0.06 for group 3, 0.40±0.03 for group 4, 0.28±0.04 for group 3, 0.75±0.05 for group 6 (standard group levamisole) as shown in table no 3. Group 2 Dichloromethane extract of Spinacia oleracea having maximum DTH value then compared with control. Shown in Graph 1. 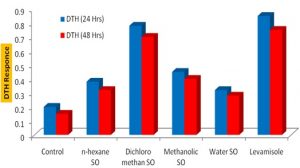 GRAPH 1: EFFECT OF DIFFERENT EXTRACTS OF SPINACIA OLERACEA (SO) ON DTH

CONCLUSSION: Delayed type Hypersensitivity required the specific recognition of given antigen by activated T lymphocytes, which subsequently proliferate and release cytokines. DTH is a part of the process of graft rejection, tumor immunity and most important, immunity to many intracellular microorganisms. It can also be due to activation of complement, release of reactive oxygen or nitrogen species by activated phagocytes and pro-inflammatory cytokines (Smith and Kroes, 2000). Delayed type hypersensitivity (DTH) is antigen specific and cause erythema induction at the site of antigen infection in immunized animals. The cell-mediated immune response of different extracts of Spinacia oleracea were assessed by DTH reaction, i.e. foot pad reaction. The dichloromethane extract of Spinacia oleracea produced a significant, increase in DTH reactivity in rats. Increase in DTH reaction in rats in response to cell dependent antigen revealed the stimulatory effect of dichloromethane extract on T cells. The results of present study suggest that the dichloromethane extract of Spinacia oleracea leaves having maximum significant Immunomodulatory activity.