This research was targeted to reveal the phytochemical activity of Casuarina equisetifolia against susceptible pathogenic oral bacteria. Antibacterial effect of the plant was examined by well diffusion method. Different plant parts were screened for the phytochemicals using various polar solvents like ethanol, acetone, methanol, chloroform and water. Studies disclosed that Casuarina equisetifolia encompasses a wide range of phytochemicals with anticariogenic activity. During phytochemical analysis by thin layer chromatography four compounds were obtained in the acetone solvent system with highest Rƒ value of 0.911.

INTRODUCTION: Dental caries is an infection, predominantly bacterial in origin, which permanently affects the hard organic material of the tooth by acid hydrolysis and demineralization. Tooth ache associated with it is due to the exposure of the nerve of the tooth through the passages of the dentinal tubule. Dental caries can precede increased sensitivity (Fig. 1) of the tooth and even life- threatening complications like Ludwig’s angina 1.

Worldwide, most children and an estimated ninety per cent of adults have experienced caries. In 1940’s the prevalence of dental caries in India was 55.5%, while in 1960’s it was reported to be 68%. Recent studies show an incidence ranging from 44-73%. It is the primary pathological cause of tooth loss in children. Conditions in the oral cavity may be indicative of systemic diseases such as osteoporosis, diabetes, or cancer 2. Numerous studies have also revealed that gum disease is associated with an increased risk of diabetes, cardiac disorder, and preterm birth. 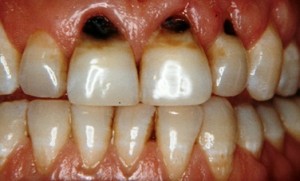 Opportunistic oral flora like Streptococcus mutans, Pseudomonas aeruginosa, Streptococcus salivarius, Streptococcus viridians, Bacillus megaterium, Neisseria catarrhalis, Lactobacillus acidophilus, Actinomyces viscosus and Nocardia spp.3 are most susceptible for dental caries. Bacteria accumulate around the teeth and gums in an adhesive, creamy-coloured mass called plaque, which serves as a biofilm. Grooves on the occlusal surfaces of molar and premolar teeth provide microscopic retention sites for plaque bacteria. Fermentation of carbohydrates by these bacteria reduces the pH and the demineralisation of the tooth enamel instigate at pH 5.5 4.

Lack of appropriate oral hygiene, presence of remnant fermentable carbohydrates, presence of pathogens, reduced production of saliva 5, certain medications and excessive use of tobacco 6 are some of the causes of dental caries.

Traditionally the decoction formulated from the tannin containing astringent bark of Casuarina used against tooth ache. Routine chewing of the root is also effective to maintain dental hygiene. Being a plant with anticariogenic properties, isolation of phytochemicals from Casuarina equisetifolia can prove to be an effective alternative for the side effects causing antibiotic drugs.

Collection of Medicinal Plants: The different plant parts such as root, stem, leaves and bark of Casuarina equisetifolia (Fig. 2) were collected from Maruthuvarmalai region of Western Ghats of Kanyakumari district to study its antibacterial efficiency against the selected strains of microbes and also to isolate secondary metabolites. 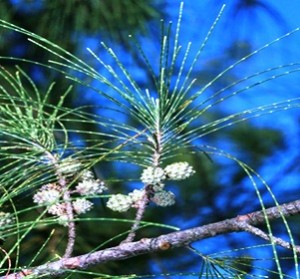 Examination of Antibacterial Activity of Plant Extracts: Well diffusion method was employed for analyzing the antibacterial effect of extracts from the medicinal plant.

Well Diffusion Method: The bacterial isolates were effectively swabbed on the prepared Mueller-Hinton agar plates. After allowing the inoculum to dry at room temperature, wells of six mm diameter were bored on the medium. The extract was introduced (50 μl of a 100mg/ml concentration) into the three duplicate wells. The plates were allowed to stand at room temperature for one hour for the extract to diffuse into the agar and further incubated at 37oC for 16-18 hours. After incubation the plates were observed for the results.

Phytochemical Analysis (TLC): Silica gel G slurry 1: 2 (W/V) with thickness of 0.25 mm was prepared on a head glass plate. It was air dried for 15 to 30 min followed by hot treatment in an oven at 100oC for one to two hours. The samples were applied at one end (2.5 cm away from ends) of the gel plate with equal distance between them. The plates were dipped in solvent tanks to a depth of 1.5 cm from bottom and allowed to cover the solvent over the top. After that the plates were removed dried and processed for the identification of separated compounds (as colored spots) and the Rƒ values were calculated using the formula;

Distance (cm) moved by the solute (extract) from the origin

Distance (cm) moved by the solvent from the origin 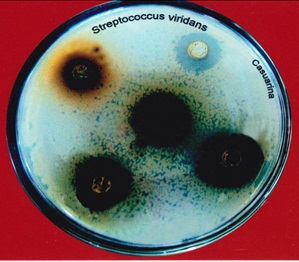 TABLE 1: DIAMETER OF ZONE OF INHIBITION OF DIFFERENT EXTRACTS OF CASUARINA EQUISETIFOLIA AGAINST BACTERIA

The ill effect of antibiotics includes the formation of multiple drug resistant mutants, emphasizing the necessity of alternative therapeutics. The use of plant compounds to treat infections is an age-old practice in a large part of the world, especially in developing countries, where there is dependence on traditional medicine for a variety of diseases. Interest in plants with antimicrobial properties has revived as a result of current problems associated with the use of antibiotics.

CONCLUSION: The research accomplishes that the plant extract from Casuarina equisetifolia has antibacterial action against microbes accountable for the tooth caries formation and thus helps avert the caries formation. The treatment involving the phytomedicines obtained from this plant can be employed as an alternative for the antibiotics that generates various side effects.

ACKNOWLEDGEMENTS: The authors are thankful to the authorities of Malankara Catholic College, Mariagiri, Tamilnadu and Science Campus, Nalanchira, Trivandrum for providing facilities and support.