ABSTRACTMucilaginous exudates from Aloe leaf containing polysaccharides, of which the major proportion has been reported to be composed of acetylated mannose molecules such as Acemannan and other high molecular weight polysaccharides. These polysaccharides, have been reported to elevate the Granulocyte Macrophage Colony Stimulating Factor (GMCSF) ultimately leading to the infiltration of macrophages at respective sites. This immunological property has been exploited to test the efficacy of dried aloe mucilaginous extract containing these high molecular weight polysaccharides for anti-fertility activity. The polysaccharides were extracted by ethanol precipitation method. The suspension of extract in aqueous medium was prepared under aseptic environment to ensure the desired sterility. Characterization of extract was done by spectrophotometry and IR spectroscopy. The results suggest the presence of biologically active polysaccharides. The preliminary finding of the experiment confirms the anti-fertility activity in rats. However, a mild edema was observed in the uterine horns of the test group animals which subsequently reduced in severity upon reducing the dose. The cause of the oedema could be attributed to the excessive endometrial macrophage

INTRODUCTION: Aloe vera is a perennial plant with turgid green leaves joined at the stem in a rosette pattern. The leaves of a mature plant may be more than 25 inches long with saw-like spikes along their margins.

The aloe mucilage has been used in folks in treatment of burns, insect stings, bruises, wounds etc. It has been found medically to possess variety of properties like anti-inflammatory, immunostimulant, anti-oxidant, anti-tumor, anti-diabetic, anti-ulcer etc.1, 2.

Acemannan has been reported to dominate the composition among solid contents 3. It is a β- linked (1-4) glycosidic polymer containing repeating mannose units with acetyl groups present irregularly.

Acemannan and other high molecular polysaccharides have been reported to possess a significant ability to stimulate the Granulocyte Macrophage colony stimulating factor (GMCSF), which result in enhanced infiltration of macrophages. Besides this, these carbohydrates also stimulate production of IL-1, which might account for pyrogenic effect and inflammation. These polysaccharides also lead to lymphocyte activation 4, 5.

The current study is based on the investigation of anti-implantation activity of the extract SIPS PHC-4-2009. The primary purpose of this experiment was to investigate the role of these high molecular weight polysaccharides as effective contraceptive agents.

The gist of the hypothesis revolves around the immunostimulating nature of the polysaccharides which defines its immunological role in contraception by preventing implantation of the zygote. This phenomenon has been observed to occur in women on steroidal contraceptives wherein the endometrial wall has a highly increased infiltration of Macrophages and Lymphocytes 5. Moreover, research has strongly emphasized the role of Endometrial Macrophages in phagocytosing the newly introduced sperms in the uterus 6. These data were sufficient to allocate some inhibitory roles to the endometrial macrophages in preventing conception.

Contraception achieved this way would be beneficial from many aspects. Firstly, it would use body's own mechanism rather than bringing about the desired pharmacology by changing the hormonal status, which is associated with a lot of systemic toxicity. This would also limit the side-effects to the local area rather than ushering toxicity throughout the body.

Secondly, being a carbohydrate, it would possess a short half-life (and would be eliminated rapidly by the body easily) in contrast to the long half lives of the steroidal contraceptives.

MATERIAL AND METHODS: Marketed dried mucilage powder from Aloe was purchased from the local market in Pune, India in 2009. The acemannan was prepared by ethanol precipitation method 7 under aseptic conditions, which also removed Aloin (possessing irritant activity). The aqueous suspension of the extract (SIPS PHC-4-2009) was then filtered through 0.45 µ membrane filter to sterilize the formulation. The step of lyophilisation was excluded and the extract was used immediately after passing through the membrane filter. The Phytochemical screening tests were done on the extract for carbohydrates, polysaccharides, anthra-quinones and proteins 8.

Male and female albino Wistar rats were received as free gifts from National Toxicology Center, Pune, India and were acclimatized in disease-free animal facility for 2 weeks before use. Animals were given healthy food and clean water as well as housed under standard 12h light: 12 h dark cycle at normal room temperature of 25±3 °C and humidity of 65 ± 10%. Handling of rats was done according to the guidelines for care and use of laboratory animals. The Anti-fertility activity 10 was determined following the method of Khanna and Chowdhury. Male and female albino Wistar rats of proven fertility (150-200 g) were maintained under controlled standard animal house conditions with ad libitum access to food and water.

Vaginal smears from each rat were monitored daily. Female rats of proestrus phase were kept with male rats in the ratio of 2:1. The females were examined the following morning for evidence of copulation. The animals which showed thick plugs of spermatozoa in vaginal smears were separated from the male partner and divided into two groups: control (n=5) and test.

The test group in turn was further sub-divided into 4 sub-groups (n= 5 each) with group A, B, C and D (Figure 3). The day, when spermatozoa were detected in the vaginal smear was considered as day 1 of pregnancy. Sterile water (control) and sterile extract (Test) were cautiously administered intravaginally in all groups, except B on 0th, 2nd and 4th day. Group B rats were dosed only on the 0th and 4th day.

The females were sacrificed on the 8th day using diethyl ether anesthesia and the uterine horns were observed for the presence of implants.

The Control group rats received sterile distilled water while the treated group received a dose of 4, 4, 3 and 2 mg aqueous suspension of the extract in Groups A, B, C and D respectively. Total sterility of distilled water was ensured by UV-sterilization for 30 minutes, just before the administration.

RESULTS AND DISCUSSION: By phytochemical screening, it was observed that the extract contained carbohydrates and polysaccharides, but not Anthraquinones and proteins. In the study of evaluation of the extract by IR spectroscopy (Fig. 2) of SIPS PHC-4-2009, we noticed that the wave numbers characteristic of O-C stretching, C-H stretching, O-H stretching, C-H bending and C-C stretching were present, further indicating the presence of poly  saccharides. The UV spectroscopic results (Table 1) speak of similar conclusions. 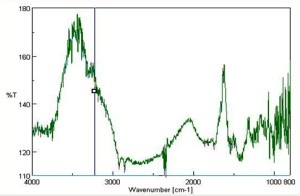 TABLE 1: THE PRESENCE OF ACEMANNAN AND HIGH MOLECULAR WEIGHT POLYSACCHARIDES BY SPECTROPHOTOMETRY AT 540 NM 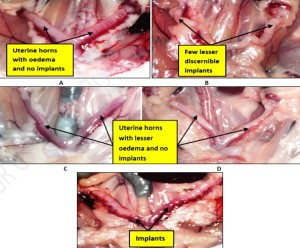 FIGURE 3: UTERUS OF FEMALE RATS IN TEST AND CONTROL GROUPS (A- 4mg/rat, B- 4mg/rat with a skipped 2nd day dose, C- 3mg/rat, D- 2mg/rat and E- Control group). In group B, dose on the 2nd day was skipped; while in group E, only sterile water (without the extract) was instilled.

From Figure 3 and Table 2, it could be observed that the implants were absent in the uterine horns of females of the test group, whereas the animals in control group showed the presence of varying number of implants in both the uterine horns. This shows that the extract possesses a significant anti-fertility activity. However, mild edema was observed in the uterine horns of the test group animals, which subsequently reduced in severity upon reducing the dose. This could be attributed to the excessive endometrial macrophage infiltration and probably due to the IL-1 stimulation at higher doses.

The water retention was, however, observed to reduce at lower doses establishing the fact, that a dose which is both pharmacologically effective as well as yielding least edema, are yet to be ascertained by Dose-Finding experiments.

This research has put more experimental emphasis on the role of myeloid cells in contraception. Simultaneously, the current work has brought a carbohydrate into the limelight  for the first time, which could act as a contraceptive through an immunological mechanism. This also explains the impeding effect of any agent, having an immuno-stimulant effect, on the zygote when pregnancy is desired.

Although, this research has proven the potential of  immunostimulants to prevent conception, a lot of research is still required to be done to find out the actual carbohydrate in the pool of polysaccharides, experimentally investigate the mechanism of anti-implantation activity and the complete toxicology profile of the active agent.

ACKNOWLEDGEMENT: The authors are thankful to Dr. SR Naik and Mr. Vishnu Thakare for their guidance. The authors would also like to thank Board of College and University Development, University of Pune for their funding and National Toxicology Centre, Pune for issuing rats.