ABSTRACT: N- nitrosodiethylamine (NDEA), a chemical carcinogen widely used to initiate hepatocarcinogenesis in rats. Food stuffs such as milk and meat products, salted fish, alcoholic beverages and a few varieties of vegetables are the principal sources of nitroso compounds. NDEA has been suggested to cause oxidative stress and cellular injury due to the enhanced formation of free radicals. The present study was designed to evaluate the preventive effect of the methanolic extract of Leucas aspera (MELA) against NDEA induced subacute liver injury in male Wistar rats. NDEA was administered for 4 weeks. MELA at 100 and 200mg doses and standard drug; silymarin at a dose of 50 mg/kg body weight were administered one week before the onset of NDEA intoxication and continued for 4 weeks. Significant increase in the activities of superoxide dismutase, catalase, reduced glutathione and total protein were observed in the drug treated groups. Rats intoxicated with NDEA showed elevated levels of serum aspartate aminotransferase (AST), alanine aminotransferase (ALT), γ-glutamyl transpeptidase (γ-GGT) and tissue lipid peroxides (TBARS & CD).The study reveals that MELA at a dose of 200mg/kg effectively reversed the hepatotoxicity induced by N-nitrosodiethylamine in rats. Histological changes supported the findings.

INTRODUCTION:N-nitrosodiethylamine (ND EA), a chemical carcinogen present in many environmental factors and food stuffs such as milk and meat products, salted fish, alcoholic beverages and a few varieties of vegetables. It induces oxidative stress and cellular injury due to enhanced generation of reactive oxygen species.

Free radical scavengers protect the membranes from NDEA-induced liver damage. Several herbal drugs have been evaluated for its potential as hepatoprotectant against N-nitrosodiethylamine induced toxicity in rats 1, 2.

Leucas aspera belonging to the family Lameaceae is used as an insecticide and indicated in traditional medicine for coughs, colds, painful swellings and chronic skin eruptions.

Experimental studies have demonstrated that L. aspera methanolic extract could protect the liver from carbon tetrachloride induced acute toxicity in rats 3-5. Still there is paucity of scientific information regarding the protective efficacy of L. aspera against NDEA induced toxicity. In view of this, the present study was carried out to evaluate the preventive effect of the methanolic extract of Leucas aspera (MELA) against NDEA induced subacute liver injury in male Wistar rats.

Collection of plant material and preparation of extract: The whole plant of L. aspera was collected from Kottayam, Kerala and authenticated. A voucher specimen (SBSBRL- 04) is maintained in the Institute. The plant as a whole was taken, washed thoroughly, shade-dried and powdered. A100g of dried powder of the plant was Soxhlet extracted with 500ml of methanol for 24hrs. The solvent was concentrated in a rotary evaporator. The yield of dried extract was 4.6% and stored in air tight containers.

Animals: Male Wistar rats (150-200g), provided from the animal house were used in this study. The rats were housed in clean polypropylene cages (6 rats) at ambient temperature and humidity with a 12 hour day-night cycle and fed with commercial rat feed and water ad libitum. Animal studies were followed according to Institute animal ethics committee regulations approved by CPCSEA (Reg. No. B 2442009/5) and conducted humanely.

Experimental Treatments: Thirty rats were divided into five groups, group I - normal control; group II- NDEA control; group III-NDEA and standard drug; silymarin (50 mg/kg) treated rats; groups IV &V were NDEA and MELA at doses 100 and 200 mg/kg body weight  respectively. Hepatotoxicity was studied for a period of 4 weeks by oral administration of 0.02% NDEA in water 5 days per week for all the groups except Group I 6. Oral  treatment with  silymarin (50 mg/kg) and  MELA  at  two  doses were  started  one week  before  the onset of  NDEA administration  and continued  upto 4  weeks.

Reduced glutathione was determined according to the method of Moron et al 7 and results were expressed as nmol GSH/mg protein. SOD (E.C 1.15.1.1) was assayed by the method of Kakkar et al 8. Activity of SOD was expressed as units/mg protein. The CAT (E.C 1.11.1.6) activity was determined from the rate of decomposition of H2O2 by Cohen et al 9 method. A 0.3 ml of supernatant was added to 3ml of 0.067 M phosphate buffer (pH7.0) and 0.75 ml of H2O2. The rate of decomposition of H2O2 was measured spectro-photometrically at 240nm. Activity of Catalase was expressed as U/mg of protein.

Lipid peroxidation levels in liver homogenate were estimated according to the method of Nichau’s and Samuelson 10. In brief, the amount of malondialdehyde (MDA) was measured in terms of thiobarbituric acid reactive substances (TBARS), which is undertaken as an index of lipid per oxidation using 1’1’3’3’ tetramethoxypropane as standard.

Results were expressed as nmol MDA/mg protein for TBARS and conjugated dienes (CD) by Recknagel 11. An extra sample of liver was excised and fixed in 10% formalin solution for histopathological analysis 12. Protein content in the tissue was determined using bovine serum albumin (BSA) as standard 13.

Histopathological studies: Small pieces of liver, fixed in 10% buffered formalin were processed for embedding in paraffin. Sections of 5-6µm were cut and stained with hematoxylin and eosin and examined for histopathological changes under the microscope (Motic AE 21, Germany).The micrographs were taken using  Moticam 1000 camera at original magnifications of 100X.

RESULTS AND DISCUSSSION: Results were expressed as mean  ± S.D  and  all statistical comparisons were made by means of one way ANOVA  test followed by Tukey’s  post hoc analysis and P values less than or equal to 0.05 were considered significant.

NDEA intoxication was accompanied by activation of LPO in the liver tissue. The content of conjugated dienes and TBARS after NDEA intoxication increased compared to normal control (Table 2). The extract treated groups had a normalizing effect on LPO, which was related to direct antioxidant activity and probability to membrane stabilizing properties. GGT is the only known enzyme to break the γ- glutamyl bond of glutathione and as such, is important for recycling of glutathione and the metabolism of glutathione xenobiotic conjugates 14. An increase in the activity of GGT may lead to the accumulation of glycine and cysteine, enhancing peroxidative damage to the tissue or membrane. Various doses of MELA and silymarin treated rats showed decreased levels of GGT and lipid peroxides.

Antioxidants play an important role in inhibiting and scavenging radicals, thus providing protection to humans against infection and degenerative diseases. Antioxidant enzymes prevent oxidative damage. SOD converted O2 into H2O2 and Catalase metabolize H2O2 to non-toxic products. A decrease in the activity of these antioxidant enzymes can lead to an excess availability of superoxide anion O2- and H2O2 in the biological systems, which in turn generate hydroxyl radicals, resulting in initiation and propagation of lipid peroxidation (LPO). The GSH antioxidant system plays a fundamental role in cellular defense against reactive free radicals and other oxidant species.

MELA at two doses and silymarin prevented the decrease of hepatic GSH, SOD and catalase in NDEAinduced rats and retained the levels to standard control group, indicating the antioxidant activity of the extract (Table 2). Elevated levels of GSH protect cellular proteins against oxidation through glutathione redox cycle and also directly detoxify reactive oxygen species generated from exposure to NDEA.

The total protein concentration in group II animals was lesser, when compared with normal control and it attained an almost normal value in MELA and silymarin treated groups (Table 2). The site specific oxidative damage of some of the susceptible amino acids of proteins is now regarded as the major cause of metabolic dysfunction during pathogenesis.

Decline in total protein content can be deemed as a useful index of the severity of cellular dysfunction in chronic liver diseases.

The lowered level of total proteins recorded in the serum of NDEA treated rats reveals the severity of hepatopathy. 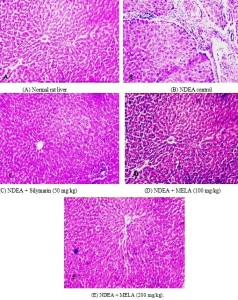 FIG. 1:  PHOTOMICROGRAPHS OF LIVER SECTIONS OF RATS STAINED WITH HAEMATOXYLIN AND EOSIN (X100)

In conclusion, the experimental study validates the hepatoprotective efficacy of methanolic extract of L. aspera. So, Leucas aspera could be used for the development of phytomedicines against hepatic disorders and oxidative damage.