ABSTRACT: Five steroids have been isolated and identified from methanol extracts of stems of Polygonumpulchrum (Bambu-bambu, Tolakinese, a South East Sulawesi Ethnic), namely; (1) sigmasta-4, 25-diene-3,6-diol; (2) 6β-hydroxystigmasta-4.22-dien-3-one, (3) stigmasterol, (4) stigmasta-4.22-dien-3-on, and (5) ergosterol peroxide.  The isolation was worked by using chromatography method including thin layer chromatography (TLC), vacuum liquid chromatography (VLC) and radial chromatography (RC) with silica gel as adsorbent and solvents mixture as eluent. The compound structures were evaluated by spectroscopic data (FTIR and NMR data) and then the results were compared with the existing data from references. Biological activities of all compounds  were evaluated toward DPPH (1,1 Diphenyl-2-picrylhidrazyl) as a radical source and WiDr cells lines. The radical scavenger activities and anticancer potency of all compounds were indicated by IC50 value. The values of IC50 (µM) of sigmasta-4, 25-diene-3,6-diol, 6β-hydroxystigmasta-4.22-dien-3-one,  stigmasterol,  stigmasta-4.22-dien-3-one, ergosterol peroxide, and Vitamine C (standard) toward DPPH were obtained at 165.4 ± 0.22;233.4 ± 0.28; 372.3 ± 0.33; 144.80 ± 0.24; 1083.1 ± 0.38and 68.9 ± 0.12, respectively. Moreover, potency the compounds as anticancer against WiDr cells lines were specified by IC50 value (mM) i.e. 3.44; 2.95;1.55;5.30; 6.35; and 3.0 x 10-3 for sigmasta-4,25-diene-3,6-diol, 6β-hydroxystigmasta-4.22-dien-3-one, stigmasterol, stigmasta-4.22-dien-3-one, ergosterol peroxide, and doxorubicine (standard), respectively. According to above data, potency of isolated steroids as radical scavengers are better than as anticancer against WiDr cells lines.

INTRODUCTION: South East Sulawesi province is located at Wallacea line, so this area has big biodiversity both plants and animals. In continuing our study on chemical and pharmacological aspects of traditional medicinal plants, we have studied Dipterocarpaceae 1 , 2, 3, Jatropha 4, 5, 6,  Annonaceae 7, Pongamia 8, Imperata 9), Polygonum10 and Dillenia 11. Until now, we are stayingon Polygonum plants as a research topic.

Polygonum (Polygonaceae) plant has a large species as well as traditional benefits. This genus comprisesabout150-300species and it generally grows in wet locations (swamp). The plant is often used as traditional remedies, flavours in cooking, and ingredient of perfume, for example, P. Avicul are in Korea is used as anti-hypertensive and anti-obesity12, gastric ulcer, duodenal ulcer, hemorrhage, diarrhea, hemorrhoids13.

The  biological  activities of steroids  have  been reported are β-sitosterol as anthelminthic and antimutagenic acivities21, hypercholesterolemia22, anti-cancer fibro sarcoma23, and anti-proliferation in human leukemiacells24, and γ-sitosterol as cytotoxic against Artemiasalina25,stigmasta-5,22E-diene-3b,7a,11a-triol active against K562, MCF-7 and PC3 human cancer cell lines 26, 6β-hydroxystigmasta-4.22-dien-3-one, stigmasterol, stigmasta-4.22-dien-3-on, and ergosterol peroxide has intresting potency asantiradical scavenger10. In this paper, we will report isolation and structure elucidation of the fifth steroids from stems of P. pulchrum, evaluation of all compounds against DPPH and WiDr cells lines (colon cell cancer).

The process of isolation was carried out at Halu Oleo University by using vacuum liquids chromatography methods (VLC) and radial chromatography (RC). VLC and RC methods were equipped with Merck Si-gel 60 GF254 and TLC analysis on pre-coated Si-gel plates with Merck Kieselgel 60 F254, 0.25 mm. UV spectra was measured using Cary Varian 100 conc. and IR spectra using Perkin-Elmer Spectrum One FT-IR Spectrophotometer. 1H and 13C NMR spectra were recorded with a JEOL ECP 500 spectrometer and operated at 500 MHz (1H) and 125 MHz (13C). This work was conducted at LIPI (Institute of Sciences of Indonesia).

Samples of stems of P. pulchrum Bl. were collected from “Pusat Koleksid a Pengem bangan Tanaman Ob at Tradisional Masyarak at Sulawesi Tenggara Arboretum Prof. Mahmud Hamundu Universit as Halu Oleo” in April 2012. The plant was identified in Herbarium Bogoriense, Bogor Indonesia, and a voucher specimen was deposited at the Herbarium. The radical scavenger activity of the compounds was determined at Pharmacy Laboratory, Faculty of Pharmacy, Halu Oleo Kendari Indonesia.

Isolation of compounds from stems of P. pulchrum Bl.

Determination of Pure Compound Structure: The structure of pure compounds was set up by using spectroscopy methods including FTIR and NMR 1-D (1H and 13C).

The potency of isolated compounds as radical scavengers was evaluated against inhibition of DPPH reduction. The reduction of DPPH (2,2-diphenyl-1-picrylhydrazyl or 2,2-diphenyl-1-(2,4,6-trinitro phenyl)-hydrazyl radical was analyzed by using both qualitative and quantitative methods. The qualitative analysis was determined by TLC (Thin Layer Chromatography) autographic spray.  The procedures of TLC autographic assay were as follows. After developing and drying, TLC plates (amount of samples ranging 0.1 – 100µg) were sprayed with 0.2 % (2 mg/mL) of DPPH solution in methanol. Then, the plates were examined for 30 minutes after sprayed. Active compounds appeared as yellow spots with a purple background 27. The quantitative procedure was adopted from Bios method28 with minor modification. One ml of 500 µM (0.2mg/mL) DPPH in methanol was mixed with the same volumes as of the tested compounds at various concentrations. They were mixed well and kept in the dark for 30min. The absorbance at 517nm was monitored in the presence of different concentrations of the samples. The blank experiment, i.e., with only solvent and DPPH (2mL of 500 µM in methanol), was also carried out to determine the absorbance of DPPH before interacting with the compounds. The amount of sample in mg/mL at which the absorbance at 517nm decreased to half of its initial value was used as the IC50 value of compounds. The analysis was done in triplicate for standard and compounds.

MTT assay procedure was outlined by Soundararajan29. The antiproliferative activity assay of compounds were measured using MTT {3-(4,5-dimethylthiazol-2-yl)-2,5-diphenyltetra zolium bromide} assay (Sigma). The assay detects the reduction of MTT by mitochondrial dehydrogenase to blue formazan product, which reflects the normal function of mitochondria and cell viability. Exponentially growing cells were washed and seeded at 1x104 cells/well for HeLa cell line (in 200µl of growth medium) in 96 well microplates (Nunc, Roskilde Denmark).   After 24 h incubation, a partial monolayer was formed then the media was removed and 200 µl of the medium containing the compound (iniatially dissolved in DMSO) were added and re-incubated for 48 h. Then 100 µl of the medium were aspirated and 15µl of the MTT solution were added to the remaining medium (100 µl) in each well. After 4 h contact with the MTT solution, blue crystals were formed. One 100 µl of the stop solution were added and incubated further for 1h.

Reduced MTT was assayed at 550 nm using a microplate reader (Biorad). Control groups received the same amount of DMSO (0.1%). Untreated cells were used as a negative control, while cells were treated with doxorubicine as a positive control. Eight concentrations (125, 62.5, 31.25, 15.63, 7.81, 3.91 and 1.95µg/ml) were prepared from each compound and tested against the WiDr cell line.  IC50 values were calculated as the concentrations that show 50% inhibition of proliferation on tested cell line.  Stock solutions of the compounds were dissolved in DMSO then diluted with the medium and sterilized using 0.2 µm membrane filters. The final dilution of the compound used for treating the cells contained not more than 0.1% (non-toxic concentration) DMSO. IC50 values were reported as the average of three replicates. The antiproliferative effect of tested compounds was determined by comparing the optical density of the treated cells against the optical density of the control. The cell viability (% of control) was calculated by the following equation:

The same procedure was applied to WiDr cell lines with doxorubicine as a standard compound.

RESULTS AND DISCUSSION: Stigmasta-4, 25-diene-3,6-diol (1) is the fifth steroid which has been isolated from methanol extract of stems of P. pulchrum.

Spectra of 13C NMR of compound 1 displayed 29 signals for 29 carbon atoms. The four important 13C NMR signals were chemical shifts at dC116.3 (CH), 151.1(Cq), 151.2 (Cq) and 109.5(CH2) ppm which indicated two pairs of carbon double bonds or carbon atoms with hybride orbitals sp2. A carbon sp2 methylene (CH2) indicated that a double bond has position at the end of carbon skeleton. Moreover, two carbon atomshave dC79.1 and 79.3ppm showed two carbon atoms bind two hydroxyl units.  According to the 13C NMR spectra, it can be concluded that the compound is a triterpene which has two pairs of double bonds, one of them at the end of carbon skeleton and two hydroxyl units. 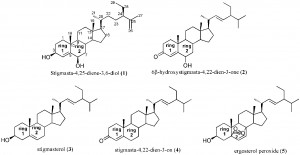 TABLE 2: ACTIVITY OF ALL COMPOUNDS AGAINST DPPH AND WIDR CELLS LINES

According to the activities data on Table 2, no activity relationship between antiradical scavenger and anticancer towards WiDr cells lines. As antiradical scavenger, stigmasta-4,22-dien-3-on is the most active to stabilize DPPH effect. It is predictedthat caused by resonance effect at unsaturated carbonyl. Furthermore, ergosterol peroxide is the most inactive overcome DPPH effect. Ergosterol peroxide has peroxide unit which can be an oxidator agent, so can support oxidation reaction. As an anticancer agent towards WiDr cells lines, stigmasterol indicated the most potency than others steroids from P. pulchrum.

ACKNOWLEDGEMENT: We want to express our thanks to Directorate General of Higher Education of Ministry of Education and Culture of Republic of Indonesia for providing research grants under skim “Hibah Kompetensi 2014”.