ABSTRACT: Exercising in a gym, largely aimed at getting a better-shaped body, is a long and tiring process. So many people opt for power enhancing drugs, boosting their athletic performance. These include steroids, erythropoietin, creatine, protein and zinc supplements among others. Together with increasing the muscle bulk, they exert highly undesirable effects on normal physiology. The subjects were asked to fill in a detailed proforma, which aimed at evaluating the effects of PEDs and exercise on aggression, frustration, irritation, anger, mood changes, behavioral changes etc. The results were compared against a control group that comprised of individuals who were working out without using PED. The results suggested that through an unknown mechanism PED usage has affected various psychological parameters of the users.

INTRODUCTION: The mood of healthy subjects who exercise regularly is altered immediately after a period of vigorous exercise 1. In the short time they become less anxious, depressed or angry and may even feel euphoric 2, 3, 4, 5.  The level of anxiety returns to the previous state by about fifth hour after exercise 6. Young adults who aim to get a muscular body while working out at a gym, in least possible time prefer using PED. These aid athletes to help performance and among non-athletes to improve appearance 7.

Furthermore, animal model experiments have also shown that exercise leads to an increase in the calcium level in the brain, this in turn enhances brain dopamine synthesis, thereby affecting brain function, which might induce physiological, behavioral, and psychological changes 8.

Objectives: To evaluate and compare the psychological parameters of individuals exercising without using PEDs to that of the athletes using PEDs.

The subjects were asked to fill a proforma that aimed at analyzing various psychological parameters of the subjects.

RESULT AND DISCUSSION: The subjects were asked whether they feel more frustrated on minor issues now when they have been exercising as compared to when they did not exercise. 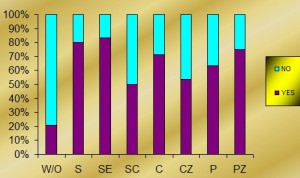 Fig. 1: % OF INDIVIDUALS WHO GET FRUSTRATED ON DAY-TO-DAY ISSUES NOWADAYS, AS COMPARED TO WHEN THEY DID NOT EXERCISE

A large percentage of group W/O do not feel more frustrated as compared to when they did not exercise, suggesting that regular exercise aids in making the person more tolerant. On the other hand majority of all supplements users claimed to be easily frustrated on minor issues. Most pronounced effect was seen in steroids users of groups S, SE, group C and group PZ. Suggesting an unknown mechanism involved in mood alterations upon usage of these PEDs. Of the three steroids using groups, group S and group SE reported the greatest increase in an aggressive attitude as compared to the individuals using steroids together with creatine.

A number of investigators havedemonstrated marked elevations of plasma beta-endorphins in re­sponse to aerobic exercise 9. Though studies have shown variation in plasma met-enkephalin or leu-enkephalin 10, but in most sub­jects the concentrations did rise.

In the present study subjects were asked to state whether they feel more irritated now than when they did not exercise. 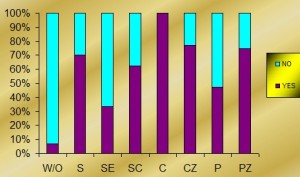 FIG: 2. % OF INDIVIDUALS WHO GET IRRITATED ON DAY-TO-DAY ISSUES NOWADAYS, AS COMPARED TO WHEN THEY DID NOT EXERCISE

Majority of group W/O members answered in negative, thereby further cementing the idea that exercise exerts positive effects on mood, which might be because of the role of increased plasma endorphins. A large number of group SE members also appeared to be facing similar effects together with group P. While majority of group C subjects reported greatest intolerance, and most vulnerability to being irritated. Of steroids users the users of steroids alone and those using steroids with creatine reported being easily irritated.

While creatine when used alone only, also had similarly significant results. Protein supplements when taken with zinc showed a similar trend than when used alone. Thereby the usage of steroids, creatine supplements as well as protein supplements when taken with zinc have somehow affected the mood in a negative manner probably by interfering with the release of endorphins in plasma, making them more vulnerable to being irritated on minor issues.

Exercise has been shown to be beneficial for depression in the elderly 11, in college students 12 and in adults’ ages 20-45 years 13.  A cross-sectional study suggested that individuals who exercised at least two to three times a week experienced significantly less depression, anger, cynical distrust, and stress than those exercising less frequently or not at all 14. The subjects in the present study were asked to rate their level of anger comparing it to the level of anger that they had when they did not exercise. 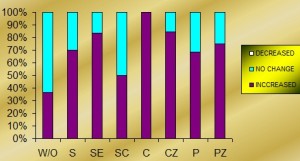 FIG. 3: EFFECTS OF EXERCISE ON ANGER

The results of the present study suggest that exercise has had no effect on the anger-level of majority of group W/O individuals, but on the other hand an increase in anger was reported in all other groups, where group C showed most, while group SC showed the least increment in anger. Creatine supplements when used alone have increased the finding of increased anger more than when used together with zinc or steroids. Among steroids users groups, usage of steroids alone has also increased the incidence of anger more than when used with erythropoietin or creatine.

Protein supplements when used in combination with zinc supplements have had greater effect on increased anger than when protein supplements are used alone. It can be inferred that endurance exercise do not seem to affect anger in individuals, but the anger status is way increased in PED’s users. A more muscular appearance has been linked with increased anger, and it is often suggested that the image that one has of one’s own body drives him towards increased anger and aggression, in order to attain what he considers is right. The results also suggest that not even a single individual from any group reported his anger level decreasing due to engaging in physically demanding workout which is against what has been reported or assumed till now.

Surveys showed that physically active people feel happier and more satisfied with their lives 15. During strenuous exercise, there is a two-fold increase in the cerebral blood flow 16.  Aerobic exercise leads to a smaller increase and faster recovery to the baseline of cortisol levels 17. When asked does exercise make them feel relaxed/refreshed, the answers suggest that exercise had a refreshing/relaxing effect on majority of individuals in all the groups. 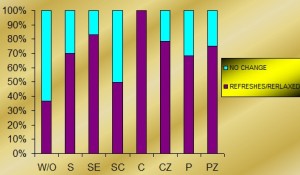 In group W/O majority reported no change in mood, while rest of them felt much relaxed. Among steroid users steroid majority of users using it in a combination of erythropoietin experienced a more uplifting mood than those using steroids alone or with creatine. Individuals using creatine alone showed the greatest uplift in mood of all other groups including those using it with zinc or steroids. Similarly most protein supplements users using zinc supplements as well reported a better mood after exercising. Reviews looking at interventions for depression, other than antidepressants and talking therapies highlight exercise as a leading candidate 18, 19.

CONCLUSION: An explanation of the beneficial effects of exercise in accord with psychoanalytical theory might be that exercise provides a "cathartic" function for the discharge of anger and hostility - emotions that are directed toward the self in depression 20. The present study suggests PED users are not commonly observing the long proported benefits of exercise on various psychological parameters, which are being experienced by subjects who exercise without using PED. Through an unknown mechanism PED usage is affecting various psychological parameters of individuals including the increase in tendency of getting frustrated, irritated and the behavior of aggression as well.