ABSTRACT: Background: A gradual and continuous loss of oestrogen may place the middle age woman at the risk of getting menopause symptoms, which profoundly affects her comfort. A phytoestrogen is a natural plant hormone similar to the female hormone oestrogen. Eating dietary phytoestrogen, improve the health standard of women by producing and regulating oestrogen level in the body. Materials and Methods: A study was done to evaluate the effects of plant phytoestrogen in the form of soya milk on the quality of life of 125 healthy postmenopausal women. Following the consent process, the participants were randomly allocated into control and the intervention group. Intervention group participants received 200 mL of homemade soya milk for a period of six weeks and the control group participants did not receive any intervention. Menopause-specific quality of life questionnaire (Menqol) was used before the intervention, 6 weeks after the intervention and at 10th-week follow-up to assess the quality of life of postmenopausal women. Results: Study results revealed that there was a significant reduction in all the domains (p<0.001) of Menqol among women in the intervention group. Conclusion: Menopausal symptoms experienced by women are known to affect their quality of life. Consuming natural plant-based oestrogen is cost-effective, and it has lot of beneficial effects.

INTRODUCTION: Menopause is defined as the absence of menstrual flow due to loss of ovarian follicular activity resulting in the failure of endometrial development. After menopause, the oestrogen level is fall below normal, and a woman may have experienced many of the bothersome symptoms, several physical and psychological discomforts 1-3 affects her normal daily activities and quality of life 4, 5. Menopause is not an illness, and there is no reason for it to decrease interest in life. The proper intervention and management play an important role in improving the quality of life in postmenopausal women 6.

The medical management of menopausal symptoms is Hormone replacement therapy (HRT). The hormonal therapy is the oestrogen antagonist pharmacological therapy, remains effective role in the mitigation of premenopausal and post-menopausal women health 7. In scenarios, non-hormonal treatment options are also available. Phytoestrogen is plant-derived natural hormone compounds with a similar structure of female hormone oestrogen. The major phytoestrogen present in the diet is isoflavones, namely genistein, daidzein, and glycitein.

Soya bean contains a high concentration of isoflavones, which is converted into phytoestrogen in the body. It affects the oestrogen metabolism and mimics the biological activity of natural estrogen-estradiol with functionally similar to 17-β-oestradiol 8. High intake of phytoestrogen reduces the incidence of certain diseases, treats menopausal symptoms, and improves the quality of life because of its anti-estrogenic, antioxidant, and anti-carcinogenic effects 9, 10. Soya milk is just one of the many products extracted from dry soya beans by adding water, and it acts as a natural hormonal supplement. For any kind of intervention, safety and efficacy are important. The soya bean milk is delicious, safe, cost-effective, palatable, and easy to prepare at home with available kitchen tools. The study was done to evaluate the beneficial effects of plant-based phytoestrogen in the form of soya milk in postmenopausal women concerning improve-ment of the quality of life.

MATERIALS AND METHODS: The study was conducted after getting the written approval from the Institutional Ethics Committee of Saveetha Institute of Medical and Technical Sciences, Chennai (009/01/2015/IEC/SU) and Vydehi Institute of Medical Science and Research Centre, Bengaluru (VIEC/2015/APP/097). Individual permission and consent was obtained. Based on the study objectives a quantitative approach with a true experimental pretest, posttest control group design was used. The study was conducted in selected community villages, Bangaluru. The sample size was estimated by the use of power analysis with 90% confidence level and 5% significant level.

The data was collected using a brief questionnaire, a semi-structured interview schedule, and Menopause specific quality of life questionnaire (MENQOL). MENQOL is used to measure the symptoms experienced by each woman in the previous month on 7 point scale ranges from not at all bothered (0 score) to extremely bothered (6 score). MENQOL has four domains, includes vasomotor, psycho-social, physical, and sexual. The content validity of the data collection tools were done along with research methodology and proposed intervention to experts in the field of community medicine, OBG nursing, and nutrition.

The pre-testing and reliability of the tool were also established. The reliability coefficient for MENQOL was 0.892. The observations were phased into the survey, pretest and assessment after an intervention that is at the end of the 6th week and follow-up at end of the 10th week. A total of 125 postmenopausal women aged 40-60 years with no menstrual bleeding for last 12 months, having mild to severe menopausal symptoms, willing to parti-cipate and available at the time of data collection were included. The study exclusion criteria were women who are taking hormone therapy and use of any alternative treatment for menopause. Following consent process, participants were randomized into control (n=62) and intervention group (n=63) using computer-generated random numbers. Participants in both groups had completed the pretest assessment of MENQOL. The intervention group participants received 200 mL of homemade soya milk in the morning before breakfast for 6 week.

The standard steps and measuring cup was used for the preparation and administration of soya milk. The control group did not receive an intervention. Soya milk sample sent to the Centre for Advanced Research in Indian System of Medicine (CARISM) for biochemical analysis to check soya milk appearance, identification related to is flavones and presence protein. Posttest assessment and the follow-up assessment were done using same tool.

The sample size estimation, data entering, ana-lyzing, and graph plotting were carried out using Sigma Plot 13.0 version Systat Software, USA. After few dropouts, for final analysis in the control group 57 and in the intervention group 59 postmenopausal women were taken.

The Comparison of Mean Domains of MEN-QOL in the Control and the Intervention Group: It shows the comparison of mean, standard error, median, 25 percentile, and 75 percentile of vasomotor, psychosocial, physical, and sexual domains of MENQOL in the control and the intervention group. Since the data is the ranked data and also a discrete variable. So, the non-parametric statistics that is Mann-Whitney rank sum test (T-value is reported), Friedman repeated-measures analysis of variance on ranks with Dunnett’s test were used. The calculated ‘T’ value of the Mann-Whitney rank-sum test revealed that there was a statistically significant difference of the vaso-motor domain in intervention group post-test and follow-up from pre-test, but there was no significant difference of psychosocial, physical and sexual domain of the women in both the groups.

The Friedman repeated-measures analysis of variance on ranks with Dunnett’s test revealed that in the intervention group, it showed that there was a significant reduction in vasomotor, psychosocial, physical, and sexual domains (p<0.001) of MENQOL Table 1.

TABLE 1: THE COMPARISON OF MEAN DOMAINS OF MENQOL IN THE CONTROL AND INTERVENTION GROUP PARTICIPANTS BEFORE, AFTER INTERVENTION AND FOLLOW UP

TABLE 2: THE COMPARISON OF THE MEAN TOTAL MENQOL OF THE PARTICIPANTS BEFORE, AFTER INTERVENTION AND FOLLOW UP

Quality of Life of Postmenopausal Women Received Plant-Based Phytoestrogen in the Form of Soya Milk: The calculated T value revealed that there was a significant difference in the intervention group posttest (p<0.001) and follow-up (p<0.001). Hence, it can be inferred that plant-based phytoestrogen is more effective in improving the quality of life of postmenopausal women suffering from menopausal symptoms in Fig. 1. 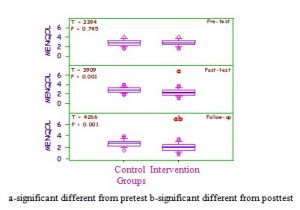 FIG. 1: EFFECT OF PLANT-BASED PHYTOESTROGEN ON QUALITY OF LIFE OF POSTMENOPAUSAL WOMEN

CONCLUSION AND DISCUSSION: The quality of life is a subjective assessment of personal wellbeing, and it is influenced by social, lifestyle, and psychological factors. Following menopause, many women have a feeling of unhappiness, loss of strength, and have higher stress level 11-14.

The Women’s health initiative study reported that the long-term use of oestrogen replacement therapy has many side effects like breast cancer, endometrial cancer, and other health-related problems. More accurately, phytoestrogens is a type of bioflavonoid that is found in plants.

The dietary supplement of soya bean contains high phytoestrogen. Soya phytoestrogen is a plant-derived compound with oestrogen like biologic activity and has a chemical structure of estradiol that has a positive influence on the reduction of menopausal symptoms 20 and improve the quality of life of postmenopausal women 21, 22. Most botanicals studied have reported that for menopause, soya is flavones intake is the best choice of treatment. It founds in many foods, but soya bean is the widely used isoflavone containing food. Soya bean also contains a high amount of antioxidants, omega-3, and protein and has lower glycemic index 23, 24.

Soya milk is the natural supplement derived from whole soya bean seeds. Few studies have been addressed the effectiveness of soya milk isoflavones on quality of life of postmenopausal women. The present study reveals that the soya milk was effective on the reduction of total MENQOL score, the especially effective reduction was observed on vasomotor domains of the quality of life subscale.

This result is consistent with other studies reported that isoflavones consumption is beneficial for the quality of life. Genistein is the main isoflavone properties in soya beans, which were found to be effective for increased quality of life. Specifically, there were improvements related to a physical and social function, vitality, pain, and mental and general health 25.

ACKNOWLEDGEMENT: The author would like to thank all ethical committee members, parti-cipants for their support and cooperation.