ABSTRACT: In an effort to develop new targets with enhanced antihyperlipidemic activity, seven new inhibitors such as beta-sitosterol, cholesterol, cholesterol sulfate, desmosterol, lathosterol, stigmasterol and cholesterol acetate was targeted using in silico docking experiments with the modeled structure of the Niemann-Pick C2 target gene (NPC2). Quantitative structure–activity relationship models (QSAR models) was used to the predict the  physico-chemical properties or pharmacology activity of the selected drugs and further antihyperlipdemic evaluation of NPC2 gene was studied by analyzing the interaction of hydrogen bonds within the active site of the modeled protein. The confirmation obtained after docking showed good energy binding and docking energy which is about -9.55 Kcal/mol and -11.3Kcal/mol, this shows the inhibitor demosterol showed good interactions towards the modeled protein

INTRODUCTION: Presently with the advancement in molecular biology and the various high throughput equipment used for wet lab and in silico research in this field have shown way to rapidly sequence large portions of human genome 1. The major study in the in silico field includes gene finding, genome assembly, sequence alignment, protein structure prediction, protein-protein interaction, modeling of the evolution as well as prediction of gene expression 2. With the development of evolution, large amount of DNA sequences that encode proteins with unique function are known. With the help of computation biology, it is easy to predict the three dimensional structure of the unknown protein structure from the analysis of other proteins by comparing the similar amino acid sequences 3, 4.

Similarly, with the advancement of human genome sequencing, the use of bioinformatics tools is playing an essential role in analyzing multigene disorder. The diseases from more than two gene mutation results in gene hereditary and it can also occur under the influence of various environmental factors and known as many factor hereditary disease. Disorders that arise from various mutations in a single gene are best valuable for gene therapy. Unfortunately, the common disorders such as high blood pressure, diabetes, heart disease, arthritis and alzheimer’s disease are cause by the role of various mutations in many genes. Multifactorial or multigene disorders especially are difficult to be treated by using gene therapy 5. For example, different genes that effect breast cancer liability have been recognized on chromosomes 6, 11, 13, 14, 15, 17, and 22.

Niemann-Pick type C (NPC) disease is a uncommon autosomal-recessive lysosomal storage disease naturally accompanied by progressive impairment of liver function and nervous system 6. Biochemically, the disorder presents with an inhibited glycosphingolipids and degrees of cholesterol from lysosomal compartments and endosomal in non neuronal and neuronal cells.

In majority of NPC patients, mutated NPC1 gene is identified. Around 5% of patients indicate mutations in the NPC2 gene. Numerous different mutations can cause NPC disease and multiple variants not linked with the disease are known in both genes 7, 8. However, clinical information and genotype data from various NPC patients provide information on the impact of functional variants. NPC-database addresses both professionals and nonprofessionals dealing with NPC disease on a diagnostic, clinical, research, or personal basis 9.

In our computational study, the protein structure of the NPC2 gene was modeled by using homology modelling technique followed by analyzing the physio-chemical property of the selected drugs by using QSAR (QSAR models) analysis. The target model was further docked with the recruited drugs by selecting the active site region of the modeled protein to study the interactions.

PFAM-protein families database: Pfam is a collection of multiple sequence alignments based on the hidden Markov models, covering common protein families and domains. Pfam was used to interpret the domain organization of proteins12.

The PDB file format obtained was converted into MDL mol file (*.mol) format, because the E-Dragon software can accept this format .The conversion was carried by molecular structure file converter software, which is online software. The input file was taken from the saved PDB file and then pressed the convert button to convert the conversion. The results was copied and saved in mol format.

This tool was used to check the stereo chemical quality of a protein structure by producing a number of Post Script plots and analyzing its overall geometry and residue-by-residue geometry 15. The output of the Procheck tool is the Ramachandra plot, which denote the number of residues in allowed and disallowed region.

The QSAR analysis was done using the Build QSAR software. The percentage inhibition concentration value was converted to log (1/IC50).These values were used for further calculations. The E-Dragon software was used to calculate the descriptors for each molecule. Selected descriptors for each molecule were selected by the high correlation r-value. From the Heng-Ling Liou et.al., the seven derivatives which have a Log P value above 7.0 were taken and tabulated 17.

Auto Dock is a program for calculating the docking modes of small molecules into protein binding sites. In this work Auto Dock and its tools were used for docking process Auto Dock is very highly regarded within the molecular modeling community for its accuracy and reliability. Active atoms of the modeled protein were identified and listed in a word file and save as <file name >.pdb, the modeled protein file and the ligand file were also used in PDB format as input files. After running the Auto Dock, the best conformations having good docking energy and binding energy with minimum values were taken 20.

The docked results were analyzed by using Web lab viewer. From the Auto Dock results, the good conformation which was build and pasted into the PDB of the macromolecule protein and saved in as best docked conformations. This file was viewed under the Web lab viewer. Web lab is a visualization tool which helps us to study the hydrogen bond interaction between the drugs i.e. ligand and the drug target i.e. receptor 21.

The NPC2 gene sequence was collected from protein databases (http://www.ncbi.nlm.nih. gov/ entrez/), which has 151 amino acids and 16570 Da. So the target NPC2 gene protein sequence was BLAST for PDB sequence collection. The FASTA format of the NPC2 protein was collected and pasted in the BLAST-P. Then PDB BLAST program was used to search the identical structure in the PDB database. From the results of the BLAST program, the identical sequences were collected as the templates. The target sequence shows 85% identity with the template. Fig.1. shows the BLAST result for target sequence NPC2 with 1NEP.

The template sequence was identified using BLAST tool against PDB.1HKA and 1NEP proteins which showed good identity compared to the target NPC2 gene, but the resolution of 1HKA protein was less compared to the other. Therefore the active site of the template protein was identified by PFAM tool. Template and target sequences were aligned using Clustal W. Fig. 2. denotes the ribbon-Like Structure of 1NEP Protein

Pfam was used for the domain residues identification for a protein. NPC2 binding domain MD-2-related lipid-recognition (ML) is implicated in lipid recognition, particularly in the recognition of pathogen related products. It has an immunoglobulin-like beta-sandwich fold similar to that of E-set Ig domains. The sequence which was identical towards this gene was 1NEP and 1HKA, but 1NEP was selected for its best homology because of less resolution of about 1.70 22 whereas 1HKA showed a resolution about 1.81 23. Fig.3 briefs the active site of 1NEP (red dots shows ligand binding site, yellow box shows catalytic activity site).

The NPC2 gene which was modeled was evaluated using PROCHECK. The built model contains core region of 86.8%, additionally allowed region of 12.4% and 0.8% of generously allowed, 0% of disallowed region (Fig. 4).

Inhibitors and its derivatives:

The activity data and the two-dimensional structures for seven cholesterol derivatives which were taken from the literature reported by Heng-Ling Liouet al., (2006). The log P value and the structure of each molecule is listed in Table1.

The final set of descriptors for the series of sterol inhibitors along with their description was shown in Table 2.

The seven descriptors were also checked for the observed activity, predicted activity and its residual characters were tabulated in Table 2 and was done using the Build QSAR model evaluate panel. From results obtained for the test set it was seen that all the molecules in the test showed a positive correlation.

The graphical analysis has been performed and the graph is shown in Figure-5 for the training set. The graph had been plotted between the experimental and predicted IC 50 values. 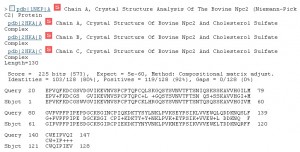 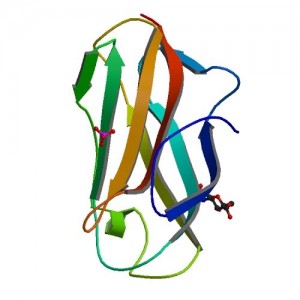 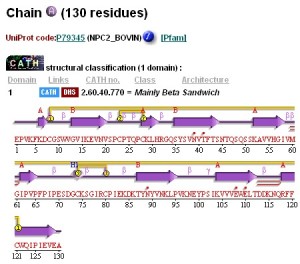 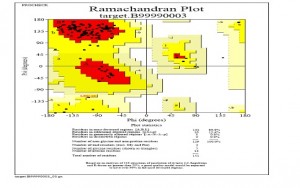 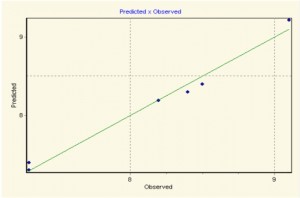 TABLE 1: STRUCTURE OF STEROL DERIVATIVES AND THEIR LOG P VALUES 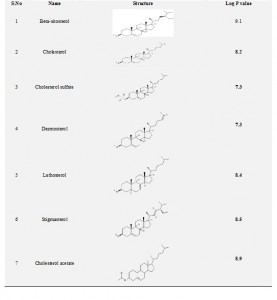 CONCLUSION: In the current study, we employed computational approaches, such as molecular docking to estimate the binding free energy of 7 inhibitors with NPC2 model protein. Our results demonstrated the prediction of the important inhibitor targeted against NPC2 gene. The docking results will be useful for further research in in vitro and in vivo studies which can be achieved by employing structure-based drug design and the development of the pharmaceutical agents to treat against Niemann pick disease.