Cancer - one of the most pervasive diseases, thus far mostly in affluent countries - is fast raising its ugly head in the developing world. This is a survey work on cancer due to recent increasing of the number of cancer patients in Bangladesh.  This study was carried out in Ahsania Mission Cancer Hospital, Dhaka Bangladesh as this is the biggest missionary hospital in this country, From 13 February 2011 to April 13, 2011. A total of 352 patients were enrolled in the study. Of them 160 were male & 192 were female patients. The female patient were greater in number than male patient. Among the male there were 38.75% farmer, 33.12% day labor great in number. Among the female 92.70 % were housewives. According to the age distribution of patients the study was carried out in the range of (0-90) years. Most number of patients (30.39%) was seen in the age of 41-50.Among the cancer patient addiction history is alarming to chewing tobacco (32.64%), smoking (35.77%) and Tea more than 6 cup a day (45.15%). 61.45% female used to take contraceptives at least for five years. 61.97 % female sufferer were post menopausal. 53.12% of the patient were come from rural area. Total 29 types of chemo drugs were prescribed of which Top five prescribed Chemo drugs were Fluorouracil (41%), Cisplatin (29%), Doxorubicin (27%), cyclophosphamide (24%), Paclitaxel (19%). The maximum number of treatment pattern is surgery along with chemo therapy (84.2%).

INTRODUCTION: Cancer is a generic term for a group of more than 100 diseases that can affect any part of the body. Other terms used are malignant tumors and neoplasms. One defining feature of cancer is the rapid creation of abnormal cells which grow beyond their usual boundaries and which can invade adjoining parts of the body and spread to other organs, a process referred to as metastasis. Metastases are the major cause of death from cancer. Cancer - one of the most pervasive diseases, thus far mostly in affluent countries - is fast raising its ugly head in the developing world.

The dreaded disease is now placing its heaviest burden on poor and disadvantaged populations; thanks largely to factors like demographic growth, population aging, the spread of unhealthy lifestyles (including tobacco use), as well as lack of control of cancer - associated infections. Going by the statistics, more than half of the cancer deaths every year - 4.8 million out of a total of 7.6 million - occur in the developing countries, where lifestyle changes are taking place at such a fast pace. It is being speculated that if timely action is not taken to tackle the growing, global public-health problem, the number of cancer deaths in the developing world may reach up to a monstrous 5.9 million in 2015 and 9.1 million in 2030.

Cancer has been appearing as an important public health problem in Bangladesh. Due to the lack of reporting system and under-diagnosis of cancer, the real situation is unknown yet. There are many external factors either cause or facilitate the development of cancers. Tobacco use is the single most important cause of large variety of cancers such as lung, larynx, oesophagus (food pipe), stomach, bladder, oral cavity and others. Dietary factors such as inadequate fruit and vegetables intake play important role in causing cancer.

Cancer is a growing problem 1. It is the second greatest killer of mankind next to heart disease in industrialized countries 1. It is the principal health concern in USA 1. One person in three will develop cancer within a life time and one in five will die of cancer, thus they account for more than 20% of deaths from all cases1.It is the 4th killer in India due to yet abundance of infectious diseases and malnutirion 2. It is not a new disease. There were records of malignant tumors as a disease entity in the “Ramayana” –an ancient Hindu mythology as early as 2000 B.C 2. No age is totally immune to malignancy, though it is the disease of elderly people 1. Age has a bearing in the incidence of specific cancers 4. Each age group has it’s own predilections to certain forms of cancers 5. Though neoplastic diseases are found in all human population, yet there are some striking and regional differences, in the occurrence of different types and sites of cancers 6, 7. In our country, the position is not very clear because of the absence of Central Cancer Registry. Population Based Cancer Registry is yet to start.

Hospital Based Cancer Registries are not yet up to the mark, as because, mainly Radiotherapy Departments of some Medical College Hospitals are maintaining some portions of Cancer Registry. The result of this study will not reflect the real picture of malignancies of the country, but is supposed to focus the average picture of the malignant diseases. Attending the oncology department of Ahsania Mission Cancer Hospital located in Dhaka Bangladesh of our country.

In Figure 6: History related to  female patient suffering from cancer is shown Most of the female patients (61.11%) were exposed to contraceptives at least for five years and most of them were post-menopausal (77.88%) & married patients. 37.03%of the female patient has Family history, Unmarried (18.52%) and Pre-Menopausal (21.12%). Being Bangladesh, a least developed country so the health education is rare let alone cancer there is not any district or divisional cancer hospital in Bangladesh  by this the patient came to Hospital are in 3rd stage in this stage doctor have to arrange treatment pattern as Only Chemotherapy (22%), Only Radiotherapy (15.8%), Chemo + Radio (30%), Surgery + chemo therapy (84.2%) (shown in figure 7).

FIGURE 1: COUNT OF THE GENDER OF THE PATIENT 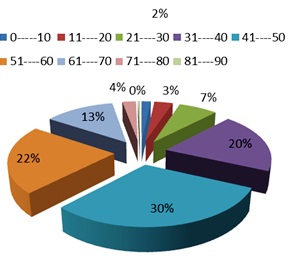 FIGURE 2: AGE VARIATION OF THE PATIENT 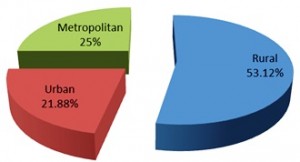 FIGURE 3: RESIDENTIAL AREA OF THE PATIENT 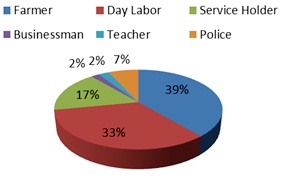 FIGURE 4: OCCUPATIONAL DIMENSION OF THE PATIENT 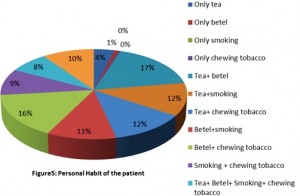 FIGURE 5: PERSONEL HABIT OF THE PATIENT 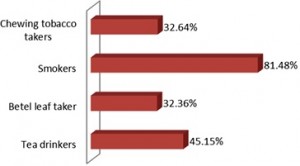 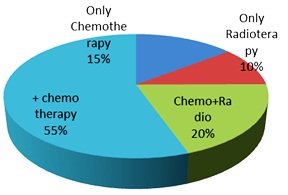 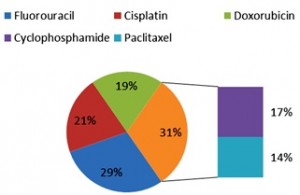 CONCLUSION: Our aim is to establish a Hospital Based Cancer Registry; it is a part of that approach. In near future a complete hospital based cancer registry will be available for the improvement of patient care, clinical research, prevention of cancer and as a whole to reduce the cancer burden of our country.