ROLE OF PHYTOMEDICINES AND NEUTRACEUTICALS IN THE PREVENTION OF CHRONIC DISEASES

ROLE OF PHYTOMEDICINES AND NEUTRACEUTICALS IN THE PREVENTION OF CHRONIC DISEASES

ABSTRACT: The past decade has witnessed intense interest in nutraceuticals in which phytochemical constituents have long-term health promoting or medicinal qualities. Secondary products have a variety of functions in plants; it is likely that their ecological function have some potential medicinal effects for humans. Between 1990 and 2020, deaths from non-communicable diseases and injury are expected to rise from 33 million to 58 million, with a similar proportional increase in mortality. It’s been estimated that by 2020, chronic diseases will account for almost three-fourths of all deaths. World Health Organization encourages the addition of secondary metabolites of plants in life saving drugs.  Disorders like hypertension, diabetes mellitus, cardio vascular diseases, stroke, cancer, kidney disease and other diseases of unknown etiology are increasing due to poor diet pattern, stress, loss of physical activity, toxic substance in foods etc. Nutraceuticals and phytomedicines in the plant help in preventing these metabolic diseases without any side effects. Identification of these phytomedicines and Nutraceuticals and regular incorporation into the diet helps to increase the longevity of life and prevent synthetic drug induced physiological damage.

INTRODUCTION:The greatest public health challenge of 21st century is chronic non communicable diseases 1, 2.  Approximately 36 million deaths were attributable to NCDs in the year 2008 were due to diabetes and cardiovascular diseases 3.  Between 1990 and 2020, deaths from non-communicable diseases and injury are expected to rise from 33 million to 58 million annually, with a similar proportional increase in mortality 4.

It has been estimated that three-fourth of the death will be due to chronic diseases by 2020. 71 percent of deaths due to ischemic heart disease, 75 percent due to stroke and 70 percent due to diabetes will occur in developing countries. 60 percent of the burden of chronic diseases will occur in developing countries. CVD is now more numerous in India and China than in all economically developed countries in the world added together 5.

Nearly 1.7 million deaths are due to low fruit and vegetable consumption. Half of the 2.32 million annual deaths are from NCDs 6.

The immune system is increasingly found to be involved in the development of several chronic illnesses, for which new modern medicines provides less tools for  prevention and treatment. It is important to target the immune system in order to modulate the risk of certain chronic diseases. Phytomedicines and functional food (nutraceuticals) play a vital role in boosting the immune system in prevention of chronic diseases like diabetes, cancer, cardiovascular disease and stroke. World Health Organization nowadays encourages the addition of secondary metabolites of plants in to the lifesaving drugs.

This review helps in identifying some phytomedicines in treating and preventing these metabolic disorders in day to day life.

Phytomedicines and Cardiovascular disease: Several epidemiological studies show that intake of more plant foods reduce the incidence of diseases like cancer and arthrosclerosis.  When normal foods are fortified or enriched with some nutrients it shows some health benefits.

Phenolics are derivatives of benzene (cyclic derivatives in the case of polyphenols) with one or more hydroxyl groups associated with ring structure. They are classified into ten different groups depending on their chemical structure.  The two main types of polyphenols are ﬂavonoids and phenolic acids.

Flavonoids are distributed as ﬂavones, ﬂavonols, ﬂavanols, ﬂavanones, isoﬂavones, proantho-cyanidins, and anthocyanins. Some of the most common ﬂavonoids are quercetin, a ﬂavonol found in onion, tea, and apple; catechin, a ﬂavanol found in tea and several fruits; hesperetin, a ﬂavanone present in citrus fruits, pigment anthocyanin in red fruits (tomatoes, blackcurrant, watermelon, raspberry, pomegranate, strawberry, etc.); daidzein, the main isoﬂavone in soybean; proanthocyanidins, common in many fruits, such as apple, grape, or cocoa and are responsible for their characteristic astringency or bitterness. Figure 1 11 shows different polyphenols and their source. 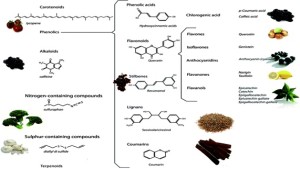 FIGURE 1: DIFFERENT POLYPHENOLS AND THEIR SOURCE

A meta-analysis study including seven case-control and 10 cohort studies suggested a reduction of the risk of myocardial infarction of 11% upon consumption of three cups of tea per day 9.  When the source of polyphenols were consumed for three months, an increase in the plasma antioxidant capacity or in the concentration of antioxidants such as vitamin E, vitamin C, b-carotene and uric acid was observed in some studies, whereas no change were observed in other studies 10.

Phytosterols are typical constituents of plants' cell walls. The plant kingdom contains a number of sterols that differ from cholesterol by having ethyl or methyl groups or unsaturation in the side chain. The major ones sitosterol, stigmasterol and campesterol can be present in Western diets in amounts almost equal to dietary cholesterol. When ingested with plant foods, phytosterols reduce cholesterol absorption from the stomach, due to its structural similarity with cholesterol. In the last decades, purified plant sterols/stanols have been added to foods items to obtain functional foods with remarkable hypo cholesterolemic activity. A daily intake of 1.6-2g/day of plant sterols or stanols incorporated in foods helps to reduce cholesterol absorption from the stomach by about 30%, and plasma LDL cholesterol levels by 8-10% 7.

Role of Phytochemicals and Nutraceuticals against cancer: Phytochemicals plays a vital role in preventing oxidative damage.  Antioxidants defuse free radicals leading to limited risk of oxygen species and associated disorders. At cellular and molecular levels they inactivate ROS and under specific low concentration inhibit or delay oxidative processes by interrupting the radical chain reaction of lipid peroxidation 12. Phytochemicals with antioxidant capacity naturally present in food are of great interest due to their beneficial effects on human health as they offer protection against oxidative deterioration.  Figure 2 shows the mechanism of phytochemical in fighting against free radical damage 13. 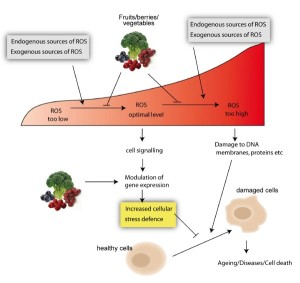 FIGURE 2: THE MECHANISM OF PHYTO CHEMICAL IN FIGHTING AGAINST FREE RADICAL DAMAGE

The occurrence of cancer is a slow process and the risk of developing cancer increases with age. Consumption diet which consists of beneficial phytochemicals can influence the balance and availability of dietary chemo preventive agents. Supplementation of foods that contain anti-cancer properties helps in preventing the deadly cancer.  Many phytochemicals are being investigated for anticarcinogenic properties. Evidence shows that Neutraceuticals are more active when they are administered earlier 14. Isoflavones are a group of phytochemicals that are predominantly present in soy-based diet.  The three major constituents of isoflavones that have remarkable influences in cancer prevention and therapy are genistein, diadzein, and glycitin 15. They are collectively called as phytoestrogens which are weak estrogen-like activity and bind preferentially to ER-β receptors 16, 17.

Evidence shows that antiproliferative activity of genistein in vitro stems from its ability to inhibit enzyme tyrosine kinase that is most often up regulated in cancer cells 18, 19.  Clinical study showed that treatment of patients with dietary supplements (82 mg/day aglycone equivalents) of isoflavone yielded a higher concentration of total isoflavones in the prostatic tissues than serum level. Therefore, there is a possibility of increasing the concentration of isoflavones to anticarcinogenic levels in tissue 18.

Curcumin is an orange–yellow crystalline powder practically insoluble in water and ether but soluble in ethanol, dimethylsulfoxide, and acetone. Curcumin was ﬁrst isolated in 1815 by Vogel 20 and in 1870 and it was isolated in crystalline form and identiﬁed as 1, 6-heptadiene-3, 5-dione-1,7-bis(4-hydroxy-3-methoxyphenyl) (1E,6E) or diferuloylmethane 21.

More than 1700 papers on curcumin have been published over the last five decades. Extensive investigation has indicated that curcumin reduces total blood cholesterol, prevents oxidation low-density lipoprotein, inhibit aggregation of platelets, suppression of thrombosis and myocardial infarction (MI) and reduces the symptoms associated with type II diabetes. Vast number of literature suggesting that curcumin has potential in the prevention and treatment of a variety of cancers. D-Limonen from lemon has been shown to have anti-prostate carcinogenic effects at low dose concentrations.

Combination of two compounds may have a plethora of positive antitumor functionalities. Treatment enhanced the sensitivity of DU145 prostate cancer cells that are known to be apoptotic resistant 22. Serum lycopene (a carotenoid) levels have been shown to have an inverse correlation with risk of prostate cancer. Studies show that higher levels of serum lycopene   reduce prostate cancer risk. From the data analysis, it was found that lower serum lycopene levels in conjunction with β-carotene supplements were effective in lowering the risk of prostate cancer. Resveratrol (trans-3, 5, 4’-trihydroxystilbene) is the parent compound of a family of molecules, existing in cis and trans forms in narrow range of spermatophytes of vines, peanuts and pines are the prime substance 23.

Resveratrol is a polyphenolic compound found abundant in grape skin and grape products including wine, is found to have chemo preventive properties as supported by numerous in vitro and in vivo studies.

Phytomedicines in prevention of Diabetes: Diabetes mellitus is a complex metabolic disorder resulting from either insulin insufficiency or insulin dysfunction. Type I diabetes (insulin dependent) is caused due to insulin insufficiency. Type II diabetes (insulin independent) is due to immunological destruction of pancreatic β-cells leading to insulin deficiency. Type II diabetes is characterized with insulin resistance. It is the more common form of diabetes constituting 90% of the diabetic population.

Traditional herbal medicine has been used since ancient time in many parts of the world. The many side effects of insulin therapy and other oral hypoglycemic agents necessitate the use of more effective and safer antidiabetic drugs. Many medicinal plants have shown experimental or clinical antidiabetic activity and that have been used in traditional systems of medicine. Plants such as M. charantia, Eugenia jambolana, Mucuna pruriens, Murraya koeingii and Brassica juncea have found to have anti diabetic property 24.

The positive effects of aloe are due to the presence of compounds such as polysaccharides, mannans, lectins and anthra –quinones 26. Consumption of Aloe vera helps to improve blood glucose levels in diabetics 27 and lowered blood lipids in hyperlipidaemic patients 28.

Azadirachta indica is commonly known as neem, margosa or Indian lilac. Three bitter compounds were extracted from neem oil, which were named nimbin, nimbinin, and nimbidin. The neem tree offers an opportunity to reduce insulin requirements with a safe and proven herb.

Momordica charantia has been found to increase insulin sensitivity 32. Gymneme sylvestre found to have an antidiabetic and hypolipidemic activity on both alloxan induced diabetic rats and normal rats. From extract of the leaves were isolated gymnemic acids, which exhibit antisweet activity 33. Gymnema sylvestre may be useful as therapeutic agents for the stimulation of insulin secretion in individuals with type II diabetes 34. It can also help prevent adrenal hormones from stimulating the liver to produce glucose, thereby reducing blood sugar levels 35.

Green tea and Kidney disease: Consumption of green tea helps kidneys to process toxins and waste products more efficiently. In the rats study, extracts of green tea increased antioxidant activity and improved antioxidant levels in the cells of kidneys. It also reduced signs of kidney damage and restored levels of creatinine and urea to normal. The researchs concluded that green tea could provide inexpensive and safe way to prevent kidney disease and further research on humans to confirm the results of the preliminary animal study on green tea extracts 36.

CONCLUSION: This review highlights the importance of medicinal plant to in human health. The number of studies in this area is quite high although most of the studies have been done on the extract level but yet to be practiced in humans.  Enormous numbers of studies are to be done in isolated antioxidant compounds on various diabetic models for better understanding of its mechanism of action.