ABSTRACT: Objective: To investigate the effectiveness of Lactobacillus sporogenes in the treatment of acute diarrhoea in paediatric population. Methods: In a prospective randomized open label comparative study, 62 children (1 month– 6 years) admitted to the Medical College Hospital for the treatment of acute diarrhoea, were included. The patients were randomised into two groups, control group (n =31) receiving only fluids and zinc and test group (n =31) receiving probiotic Lactobacillus sporogenes in addition to fluids and zinc. The outcome measures were frequency of diarrhoea, consistency of stools, duration of diarrhoea after hospitalization, duration of hospital stay and side effect profile associated with the use of probiotic.  The data was analysed using the SPSS software. Results: Lactobacillus sporogenes group showed statistically significant reduction in the frequency of diarrhoea on second day of treatment (mean ± SD) (Test group: 4.94 ± 2.05, Control group: 6.00 ± 2.25). In addition, a greater improvement in the consistency of stools on the second day of treatment was observed (Test group: 16.1% patients, Control group: 35.5% patients experienced watery stools). There was no significant difference in duration of diarrhoea or duration of hospital stay between the two groups. No serious side effects with the treatment were observed. Conclusion: Addition of Lactobacillus sporogenes to the treatment regimen of diarrhoea in paediatric population brings about a faster amelioration of symptoms in terms of frequency and consistency of stools. Its safety and ease of administration make it an acceptable option for the treatment of acute diarrhoea in children

INTRODUCTION: Worldwide, diarrhoea is the second major cause of mortality among patients below the age of five years 1. Specifically, in developing countries like India, it is the primary cause of childhood morbidity and mortality 2

Etiology of diarrhoea includes broad range of pathogens, including bacteria, viruses and protozoa 3. Generally, the treatment during diarrhoea episode focuses on delivering oral rehydration salts and zinc 1, 4. It has been suggested that probiotics can be administered as adjuvant, in order to maintain the essential microbial flora and replace harmful microbes 5.

Probiotic formulation may comprise of a single or a group of bacterial genera like Lactobacillus, Bifidobacterias and Streptococcus 6, 7.  From a mechanistic point of view, probiotics enhance the amount of intestinal mucosal cells that secrete immunoglobulins. Also, they adhere to the gut wall and thus compete with pathogens and prevent their binding 8.

Currently, there is lack of data suggesting the use of probiotics in paediatric patients suffering from diarrhoea, especially in the Indian subcontinent. Findings of the studies conducted in other countries cannot be extrapolated to the paediatric population of Indian subcontinent. This is because the breast-feeding rates and the microbial colonization of the gut vary amongst population of different countries 9. To recommend a particular species of probiotic, it first needs to be evaluated in randomized controlled trials in the targeted population. To the best of our knowledge, there has been no study examining the use of probiotic Lactobacillus sporogenes in Indian paediatric patients suffering from diarrhoea. Although this could be the most widely prescribed probiotic due to its cost-effectiveness.

A prospective randomized open label comparative study was carried out over a period of six months from July 2010 to December 2010 in a Medical College Hospital, located in Western region of India.  The approval of the Ethics Committee of the Medical College Hospital was obtained before the start of the study. All the children aged 1month-6years who were admitted to the hospital paediatric ward for the treatment of acute diarrhoea (>3 loose stools/day or >5 loose stools/ 48 hours) were included in the study. Neonates, patients receiving antibiotics, patients who were immune-compromised and those with bloody diarrhoea were excluded from the study.

A total of 80 patients admitted to the paediatric ward with acute diarrhoea were screened. Fourteen patients were excluded from the study as they did not meet the inclusion criteria. These children were either not in the age group defined, were suffering from bloody diarrhoea or were prescribed antibiotics as a part of the treatment regimen. Four patients were dropped out from the study, because antibiotic treatment was initiated after enrolment in the study. In all, 62 patients completed the study. There were 31 patients in each group (Figure 1). 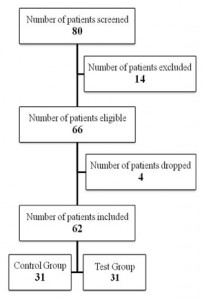 FIGURE 1: FLOW DIAGRAM OF PATIENTS INCLUDED IN THE STUDY

All patients who met with the inclusion criteria were identified and parents/guardians of these children were explained about the study in brief, and informed consent was obtained. The medical records of these patients were reviewed and a standardised case report form was used to record patient characteristics. All patients were prescribed zinc (10-20 mg elemental zinc per day) and fluids (oral rehydrating solution and/or intravenous) as per the guidelines.

Further the subjects were randomised in two groups, one control (only fluids and zinc) and one test group receiving probiotic Lactobacillus sporogenes in addition to fluids and zinc. Patients were assigned into the test and control groups in alternate pattern. One sachet of the probiotic Latobacillus sporogenes containing 150 million spores was mixed with water and administered three times a day and continued for three days. All the patients were monitored regularly. Patients were followed-up until the end of treatment for outcome, side-effect profile and acceptability associated with the use of probiotic. The outcome measures were the frequency of diarrhoea, the consistency of stools, the duration of diarrhoea after hospitalization and the duration of hospital stay.

The data was analyzed with SPSS software; Student’s‘t’ test and Chi-square test were used. (P < 0.05 was considered significant).

Demographic details of patients at baseline:

In the study, age group of the children ranged from 1 month to 6 years, with the mean age being 1.16 yrs among test group and 1.44 yrs among control group wherein the difference was insignificant. It was observed that 70.96% patients from test and 58.06% patients from the control were 12 months or below. Weight of children in both the groups was comparable. Total 54.8% & 41.9 % of the cases were male in test group and control group respectively (Table 1). The demographic details of children from test and control group did not differ significantly and therefore the groups were comparable.

Comparison of changes in mean frequency of diarrhoea between the groups:

Comparison of changes in consistency of stools between the groups: 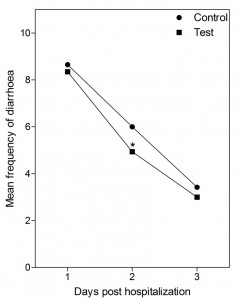 FIGURE 2: COMPARISON OF CHANGES IN MEAN FREQUENCY OF DIARRHOEA BETWEEN THE GROUPS. 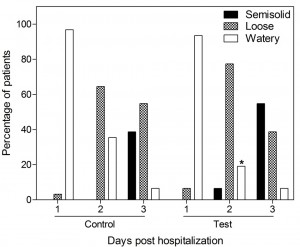 FIGURE 3: COMPARISON OF CHANGE IN CONSISTENCY OF STOOLS BETWEEN THE GROUPS 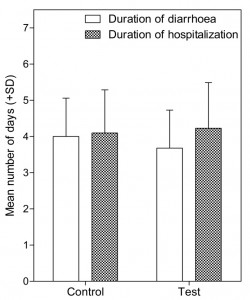 Profile of Side Effect occurrence in study groups:

No serious side-effects with the use of probiotic were reported during the study. Only one subject from the test group complained of flatulence.

DISCUSSION: In our study, at the end of second day following treatment, we observed a significantly greater reduction in the frequency of stools in the Lactobacillus sporogenes treated group in comparison to the group treated with only fluids and zinc. A previous study by Feizizadeh et al has also reported a greater reduction in the number of stools per day in patients treated with Sachhromyces boulardii as compared to control 10. Therefore, adding the probiotic as an adjuvant has a significant impact on the frequency of diarrhoea experienced by the paediatric patient population.

The present study demonstrates that addition of Lactobacillus sporogenes probiotic to the treatment regime of diarrhoea in children caused a significant reduction in the percentage of children with watery diarrhoea at the end of second day of treatment. Similar results have been previously reported by Francavilla et al in their study to evaluate the role of Lactobacillus reuteri in children with acute diarrhoea 11. Consequently, adding a probiotic as an adjuvant to fluids and zinc has a significant impact on the consistency of stools in young children suffering from diarrhoea.

Randomized control trials and meta-analysis studies examining the effect of probiotics Sacchromyces boulardii, Lactobacillus GG and other strains of Lactobacillus family have reported that adding probiotic to the course of therapy for diarrhoea significantly reduces the duration of diarrhoea 12-15. In addition, a meta-analysis by Dinleyici et al also demonstrated a significantly greater reduction in hospital stay with the addition of Sacchromyces boulardii to the diarrhoea treatment 16. In the current study, no significant change in the duration of diarrhoea or time of hospital stay was observed following addition of probiotic Lactobacillus sporogenes as an adjuvant to the treatment of diarrhoea in children.

Reports suggest that probiotic use should be avoided in immune-compromised patients, due to the probability of adverse effects like fungaemia and bacterimia 17. The types of mild-moderate side effects that have been typically associated with probiotics include nausea, vomiting, abdominal cramps or flatulence18. In our study one patient from the probiotic treated group complained of flatulence and no other side effects were observed or reported during the entire course of therapy. Meta-analysis to examine the effectiveness of Lactobacillus reuteri and a randomised placebo controlled trial using Lactobacillus rhamnosus reported no adverse effects associated with the use these probiotics 11, 19. Our data is in general agreement with previously reported findings. Therefore, the study confirms that Lactobacillus sporogenes is a safe probiotic agent in otherwise healthy children with acute diarrhoea.

CONCLUSION: In conclusion, addition of Lactobacillus sporogenes as an adjuvant probiotic for the treatment of acute diarrhoea in paediatric patient population increases the rate of amelioration of symptoms. It was found to be efficacious in reducing the stool frequency and improving the consistency of stools. This probiotic causes symptomatic improvement within two days of treatment. Its safety, palatability, easy administration and affordability make it an acceptable option for the treatment of acute diarrhoea in infants and children. This study showed that in otherwise healthy infants and children with acute diarrhoea, the use of Lactobacillus sporogenes is associated with moderate therapeutic benefit.