ROLE OF SESAMUM ALATUM L. ON NEPHROPATHY IN DIABETIC RATS

ROLE OF SESAMUM ALATUM L. ON NEPHROPATHY IN DIABETIC RATS

Background: Type 2 Diabetes is a metabolic disorder, characterized by chronic hyperglycemia.  It results from insulin resistance, a condition in which the body cells fail to use insulin properly. In Ayurveda Sesamum alatum L. (Pedaliaceae) has been used for the treatment of Diabetes. In this study, the antidiabetic activity of the Methanolic leaf extract of S. alatum was investigated, and the renal protective activity of the extract was also evaluated in diabetic rats.

Materials & Methods: Antidiabetic activity of the Methanolic Leaf Extract of Sesamum alatum (MESA) was evaluated in the Streptozotocin (65mg/kg) induced Male albino rats. Blood was collected from the Retro orbital plexus of rats’ before and after the administration of MESA. Activity of 300 and 500 mg/kg doses of MESA were evaluated for a period of 30days. Urine samples were collected and analyzed for Albumin, BUN, Creatinine and Lipid parameters. In addition, Kidney MDA levels, Antioxidant enzymes (SOD, CAT) and Non-Enzymatic (GSH) levels were measured.

INTRODUCTION: Diabetes is a metabolic disorder characterized by Chronic Hyperglycemia, disturbances of carbohydrate, fat, protein metabolism results from defects in Insulin action.  Type 2 DM is a major health problem affecting majority of people throughout the world population. Still no modern medicine has reached the satisfactory level in the treatment of non-insulin dependent type II diabetes 1. Diabetes mellitus includes micro and macro vascular complications 2. Here oxidative stress plays the key role in the pathogenesis of Nephropathy. It is characterized by the elevated arterial blood pressure, and decreased glomerular filtration rate along with persistent albuminuria 3.

In Ayurveda, diabetes is named as ‘Madhumeha’, where it is mentioned that a variety of plant extracts can cure the diabetes in which most of them are experimentally evaluated for its activity 4-6. Traditional medicines are extensively used as medicine in ayurveda for the better control and management of Diabetes mellitus. The WHO also recommends the evaluation of traditional plant extracts for the treatment of diabetes as they have less side effects and possess better glycemic control over the synthetic medicines.

Sesamum alatum L. belongs to the family of Pedaliaceae. It was traditionally used in the ayurvedic medicine. Sesamum has wider range of activities its seeds (black) are medicinally preferred. Folk medicine explains the renal protective activity of Sesamum alatum.

Preparation of Plant Extracts (MESA): The plant was identified and authenticated by a botanist from Department of Botany, Kakatiya University, Warangal. The dried powdered leaves (1kg) of Sesamum alatum were used for the Methanolic extraction by using Soxhlet’s apparatus. The obtained Methanolic leaf extract of Sesamum alatum (MESA) was evaporated to dryness by using rotary evaporator pump.

Drugs and Chemicals: All the solvents and chemicals were collected from the Merck industries, Hyderabad.  The chemicals used were of analytical grade.

Induction of Diabetes: Rats were made diabetic by intra peritoneal injection of Streptozotocin (dissolved in 0.05 M of Citrate buffer, pH 4.5), 65mg/kg body weight 7. After a week, rats, which showed blood glucose levels >280 mg/dl were considered as diabetic and were used for further studies.

Experimental design: Thirty rats were divided into 5 groups 6 rats per each group (n=6):

The entire experiment was carried out in 30days. The leaf extracts, Glibenclamide and vehicle solution were administered orally. Group I served  as the negative control which received  vehicle only, Group II-V served as diabetic control, Group II which does not receive any extract or standard drug but was previously treated with STZ(65mg/kg body wt). Group III-IV was given a fixed dose of leaf extracts (300mg/kg, p.o) and (500mg/kg, p.o) respectively. Group V receives standard drug Glibenclamide.

GTT test was carried out 24 hrs before sacrificing control and treated groups. It explains the ability to respond to a glucose challenge. The rats were fasted overnight before the test. And blood samples were collected from the retro orbital sinus. The rats were intraperitoneally loaded with glucose (2gm/kg) after the drug treatment. Blood samples were collected at 30, 60, 90, 120 min by puncturing retro orbital sinus after the glucose loading.

Statistical analysis: All the data were analyzed by using ANOVA and Dunnet’s t-test, and were expressed in mean ± SEM (Standard Error Mean). Difference between groups was considered significant at p<0.01. 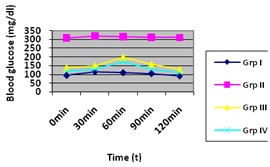 TABLE 1: EFFECT OF ORAL ADMINISTRATION OF METHANOLIC EXTRACT OF S. A ON FBG LEVELS FOR 30DAYS

Histopathology of Kidney: By the histo pathological sections of the rat kidney, degenerations in the kidney cortex and hemorrhage in the interstitial area was observed. The MESA treated group shows the good control over the degeneration of the kidney (Fig: A-E).

DISCUSSION: Diabetic mellitus is the world’s largest growing metabolic syndrome and Type 2 diabetes is a chronic disease marked by the high levels (abnormal levels) of blood glucose which is non-insulin dependent type of diabetes. Type 2 DM is often referred as a group of metabolic disorder which damages various organs, leading to complications such as Diabetic Nephropathy, Retinopathy, Neuropathy other Heart diseases etc., it is estimated that the number of adults suffering from any form of  diabetes or its complications will increase to 366 million in 2030 (where as 285 million of people affected in 2010) 13, so that, the need for the more appropriate therapy increases 14. In Ayurveda, large numbers of Herbs are mentioned which posses hypoglycemic or antidiabetic, but their use in the modern therapy needs the evaluation of activity by using recent methods/techniques. The aqueous defatted seed extraction of Sesamum indicum already has shown Hypoglycemic and Hypolipidemic activity 15.

Present study revealed that the methanolic leaf extract of Sesamum alatum L. exhibit significant hypolipidemic, hypoglycemic and renal protective effects in STZ induced diabetic rats. In this study the main important basal parameter is Fasting Blood glucose level (FBG) for the monitoring of diabetes 16. In the group IV MESA causes the hypoglycemic and antihyperglycemic effects along with that of Hypolipidemic effect by lowering the fasting blood glucose levels, and LDL-C, TG levels.

Diabetes usually associated with the increased plasma lipid levels, which is the main risk factor for the development of Coronary heart disease 20, 21. Through the drug therapy or by the dietary supplements decreased levels of these markers will lower the risk of vascular diseases 22. Increased levels of Total Cholesterol, Triglycerides, LDL-C was observed in the untreated group where as the MESA treated groups has shown the significant decrease in the levels of these markers and increased levels of HDL-C were observed, the cholesterol which plays the important role in the transport of cholesterol from the peripheral cells to the liver. The cytotoxic actions were observed in the diabetic animals due to the administration of the Streptozotocin. The cytotoxic nature of this chemical is responsible for degeneration of the β-cells of Pancreas. This is due to the generation of the free radicals at the intracellular level.  This has been demonstrated both in vivo and in vitro 23, 24.

CONCLUSION: Methanolic leaf extract of Sesamum alatum L. (MESA) is demonstrated to have potential attenuation effect on diabetic nephropathy through its anti-oxidant effect. From the above results MESA (500 mg/kg body wt) has shown the desirable protective effects than the MESA (300 mg/kg).

From the above results, MESA showed the therapeutic significance in amelioration of hyperlipidemia and prevention of metabolic syndrome in diabetic patients. Further investigations are necessary to determine the exact Phytoconstituent(s) which are responsible for the anti diabetic activity.

ACKNOWLEDGEMENT: We sincerely thank Dr. P. Manjula, for her great support and encouragement.