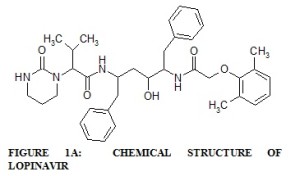 FIGURE 1A:  CHEMICAL STRUCTURE OF LOPINAVIR 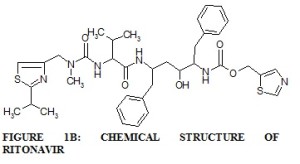 FIGURE 1B: CHEMICAL STRUCTURE OF RITONAVIR

For Bulk and Tablet Dosage Form: 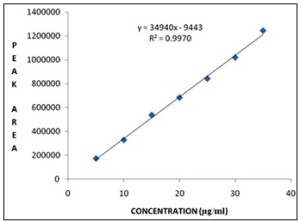 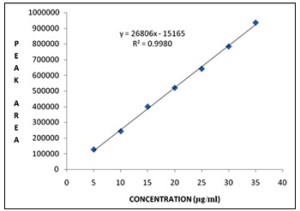 For bulk and tablet dosage form:

The changes in the response of LPV and RTV were noted and compared with the original one. The method was found to be robust as the results were not significantly affected by slight variation in extraction time, composition of mobile phase, and wavelength and flow rate of the mobile phase. 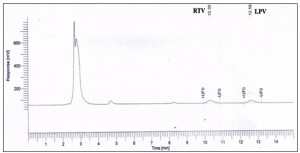 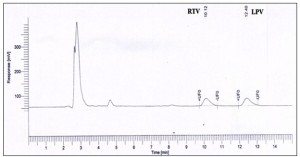 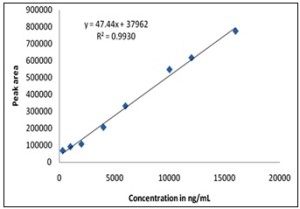 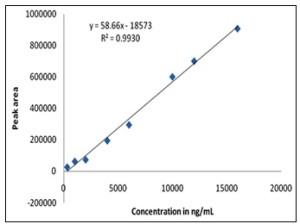 The absolute (extraction) recovery was obtained by comparing the observed peak areas obtained from the processed standard samples to direct injections of standard aqueous solutions prepared at concentrations which represented 100% recovery.

Samples, after thawing, were allowed to stand on the bench top, under room lighting till 2 hr had elapsed since their removal from the freezer.  On the other hand , on-machine stability of the processed samples was evaluated by injecting the quality control samples, stored at room temperature in the HPLC, immediately after preparation and then at selected time intervals for 24 hr. The stability results showed that LPV and RTV were stable for at least 4 weeks when kept frozen at -70 0C. Thus, analysis up to 4 weeks storage confirmed adequate LPV and RTV stability at this temperature. Moreover, the results of freeze/thaw stability indicate that LPV and RTV were stable in plasma for at least five freeze/thaw cycles (Table 10).

TABLE 4: SUMMARY OF VALIDATION PARAMETERS IN BULK AND FORMULATION

TABLE 8: ABSOLUTE AND RELATIVE RECOVERIES OF RTV AND LPV FROM HUMAN PLASMA

TABLE 9: INTRA AND INTER- DAY PRECISION OF RTV AND PLV IN HUMAN PLASMA

TABLE 10: SUMMARY OF STABILITY TESTING OF RTV AND PLV IN HUMAN PLASMA

CONCLUSION: A simple, rapid, precise and accurate RP-HPLC method requiring no prior separation has been developed for the estimation of LPV and RTV in their combined tablet dosage form and applied to the drug spiked human plasma for bioanalytical development and validation. The developed method was found to be precise. Simple, accurate, repeatable and specific in bulk, dosage form analysis as well as spiked human plasma samples. The method can be employed for routine analysis of both the drugs alone, their combined tablet dosage form and for the determination of concentration of LPV and RTV in the human plasma for bioavailability and bioequivalence studies in clinical research.

ACKNOWLEDGEMENTS: The authors are very much thankful to Faculty of Pharmacy, Dharmsinh Desai University, Nadiad, Gujarat and Sophisticated Instrumentation Centre for Applied Research and Testing (SICART), Vallabh Vidyanagar, Gujarat for providing Instrumental and other research facilities as well as Emcure Pharmaceuticals Ltd., Pune, India for providing the gratis samples of Lopinavir and Ritonavir for research work.