Antimicrobial activity of extracts leaves of Murraya koenigii (Curry) and Camellia sinensis (Tea) plants prepared in water, methanol and ethanol by cold maceration method were evaluated for their antimicrobial activity against Staphylococcus aureus (3) strains, Pseudomonas aeruginosa (3) and Candida species: Candida albicans (2 and one strain each of Candida tropicalis, and Candida parapsilosis. The plant materials were procured from Kangra District of Himachal Pradesh, India. Methanol and ethanol extracts of both the plants produced significant zones of inhibition against all the bacterial and fungal pathogen used in the study in the antimicrobial assay. However, aqueous extract did not show any significant activity. In this assay, the susceptibility of Staphylococcus aureus to Gentamicin and Ampicillin, Pseudomonas species to Ciprofloxacin and Candida species to Amphoterecin B was also assessed for comparative analysis.  All the Staphylococcus strains were sensitive to Gentamicin but resistant to Ampicillin, but Ciprofloxacin had significant inhibitory effect against Pseudomonas strains except one, PA-39. All the strains of Candida species were resistant to Amphoterecin B. Phytochemical screening of Murraya koenigii (Curry) leaves revealed the presence of tannins in aqueous extract and quinones, coumarin and sugar in both the alcoholic extracts. Camellia sinensis (Tea) had sugar in the aqueous extract. Tannins, saponins, sugar and quinone were demonstrable in alcoholic extracts using phytochemical screening tests.

INTRODUCTION: Staphylococcus aureus, Pseudomonas aeruginosa are responsible for causing human and animal infections. The rate of these infections has increased considerably during past few years. The researchers worldwide are focusing their attention to evaluate the plant products as suitable alternative to antibiotics in order to minimize the side effects 1. Plant extracts and their products are clinically safer than antibiotics 2. Moreover, antibiotic resistant strains have emerged which are of public health concern 3.

Due to emergence of such organisms and their spread to the community and among hospitalized patients, there is an urgent need to design new effective synthetic drugs based on natural plant products 4. It is challenging for the pharmaceutical industry to keep pace with the development of newer antimicrobial compounds that can effectively act on microorganisms 5. Medicinal plants may offer an alternative which constitute integral part of traditional Human medicine 6.

Since the ancient times, people from the entire world have been using plants and their juices for the prevention and treatment of many infectious diseases. They used native plants or their extracts even before they knew the existence of microbes. Approximately 80% of the 4,000 million inhabitants of the earth depend on herbal medicines for their health care 7.

Based on these facts, we attempted to evaluate the extracts of medicinal plants Murraya koenigii (Curry) and Camellia sinensis (Tea) leaves for their antimicrobial activity against Staphylococcus aureus, Pseudomonas aeruginosa and Candida species. The phytochemical screening was also undertaken as part of the study for future investigations.

Collection of Plant Materials: Leaves of the plants, Murraya koenigii (Curry) and Camellia sinensis (Tea) were collected during the month of February, 2012 from Kangra district of Himachal Pradesh (India).

Prepration of Plant Extracts: The method of Mohan et al., 2009 was followed for preparation of the extracts. Precisely, fresh plant leaves were washed under running tap water, soaked for 10 minutes in sterilized distilled water and then air dried. The dried leaves were ground to fine powder with the help of pestle and mortar. The plant powder was stored in air- tight bottles. Aqueous extract 20% w/v and alcoholic extracts 10% w/v were prepared for use in the study 8.

In vitro susceptibility of Bacterial and Fungal Pathogens to Plant Extracts: All the extracts of plants were tested for antimicrobial activity against different isolates of bacteria and fungi by Disc diffusion method 9.

Preparation of Inoculum: Inoculums were prepared by suspending 5-8 colonies of each organism from the fresh cultures in 5ml of normal saline in a test tube followed by vortexing. The turbidity of each suspension was compared with 0.5 Macfarland standard.

Antibacterial Assay: The disc diffusion method was followed for determining inhibitory activity of the plant extracts on the specified bacterial isolates using Muller Hinton Agar plates.  The medium was sterilized by autoclaving at 121°C for 15 minutes, poured in petriplates, allowed to solidify at room temperature, incubated at 37°C overnight. The sterilized cotton swabs dipped in bacterial inoculum were swabbed over agar plates in order to spread the inoculum uniformly. After drying for five minutes, sterile discs dipped in 10µl of the plant extracts were placed on the surface of the inoculated medium and the extracts were then allowed to diffuse for 5 minutes.

The plates were incubated at 37°C for 24-48 hours and observed for the inhibition of the growth around the discs thereafter. The antibacterial activity was determined by measuring the diameter of zones of inhibition of bacterial growth around the discs.  Ampicillin (10mcg) and Gentamicin (10mcg) were also included in the assay against Staphylococcus aureus strains and Ciprofloxacin (5mcg) against Pseudomonas aerugenosa strains. The solvent controls were also kept to see if they had some inhibitory activity.

Antifungal Assay: In antifungal assay, Sabouraud’s Dextrose Agar (SDA) medium was used for the growth of fungal strains. This medium was   prepared in distilled water and sterilized by autoclaving at 121°C for 15 minutes, the medium was poured into sterile petriplates under aseptic conditions and allowed to solidify at room temperature. The sterile cotton swabs dipped in fungal inoculum were swabbed over the SDA plates and allowed to dry for 5 minutes. Sterile discs dipped in 10µl of the plant extracts were placed on the surface of the inoculated medium and the extracts allowed to diffuse for 5 minutes. The plates were incubated at 28°C for 24-48 hours and observed for the inhibition of the growth around the discs. The antifungal activity was determined by measuring the diameter of zones of inhibition of fungal growth around the discs. Amphoterecin B (25mcg) was also used to see its antifungal activity.  The respective solvents were also kept as controls to see if they had the some inhibitory activity.

Antimicrobial activity of Plant Extracts: The results of inhibitory activity of extracts of Murraya koenigii and Camellia sinensis on the growth of Staphylococcus aureus, Pseudomonas aeruginosa and Candida species are given in Tables 2-7. Zone of inhibition was not observed with aqueous extract of Murraya koenigii (Curry) and Camellia sinensis (Tea) against all the strains of bacteria and fungus.

The zones of inhibition were observed with methanolic extracts of Murraya koenigii against Staphylococcus strains. The diameters of the zones were however smaller but comparable to that produced by Gentamicin except for one strain (SPMIC-130) where the zone was quite small (Table 2).

It is worthwhile to mention, however, that all the strains of Staphylococcus aureus used in the study showed resistance to Ampicillin but their growth was substantially inhibited by the methanolic and ethanolic extract of Murraya koenigii.

The ethanolic extracts of this planthad inhibitory activity against Staphylococcus aureus, although very big zones of inhibition were not observed but these were comparable to those generated by Gentamicin. Similar results were obtained with alcoholic extracts against Pseudomonas aeruginosa strains.

Again an interesting observation in this instance is that the strain PA-39 was susceptible to the methanolic extract. This strain was resistant to ciprofloxacin (Table 3). The ethanolic extract produced zones of inhibition around all the three strains of P. aeruginosa, of which only two were susceptible to ciprofloxacin. Gupta and co-workers in 2011 also reported relatively higher inhibitory activity of ethanolic extract of Murraya koenigii. However no inhibitory activity was observed with aqueous leaf extract of Murraya koenigii 11.

The alcoholic extracts of Camellia sinensis inhibited the growth of all the three ampicillin resistant Staphylococcus strains (Table 4). However, the zones of inhibition were smaller. Fairly larger zones of inhibition were observed with methanolic extract of Camellia sinensis against all the P. aeruginosa strains (Table 5). Interestingly, ciprofloxacin resistant strain PA-39 was susceptible to the plant extract with a zone of inhibition of 15mm diameter.

Similarly, the zones of inhibition were also observed with the ethanolic extract in all the three strains of P.aeruginosa used two of which were susceptible to ciprofloxacin (Table 5). These results are in agreement with those reported by Kumar et al., 2012. We did not observed inhibitory activity of the aqueous extracts of both the plants. Similar observation has been made by other workers 12. Mbata and co-workers 2006 also reported that aqueous extract of Camellia sinensis showedno antibacterialactivity against Listeria monocytogenes 13.

Different extracts of both the plants were also evaluated for their antifungal activity against five strains of Candida species used in the assay. All the strains were found resistant to amphotericin B. It may be emphasized here that not only Candida albicans but other non Candida albicans are also emerging as important pathogens and resistance of Candida species to various antifungal agents is also on the rise, it is therefore, essential to look for alternatives in order to check the fungal infections due to these organisms.

Methanolic and ethanolic extracts of both the plants under study did inhibit the growth of all the fungal strains. Similar finding have been reported by Bhaskaran et al., 2011 14.

However no inhibitory activity was observed with aqueous leaf extracts of both the plants. Similarly Kumar and co-workers 2010 also did not observed any antifungal activity with the aqueous extract of Murraya koenigii 15.

These results are therefore, quite encouraging since the growth of all the strains is being inhibited moderately by the plant extracts. Further studies are required to be conducted for evaluation of these plant extracts using other bacterial and fungal pathogens.

Also the active principle of these plants can be pinpointed and purified products may be explored for their therapeutic potential.

Phytochemical analysis of Extracts: The phytochemical analysis of the extracts of leaves of Murraya koenigii (Curry) and Camellia sinensis (Tea) are presented in table1. It is evident from the table that the aqueous extract of Curry leaves, contained tannins. However, the presence of alkaloids in the aqueous extract of the curry leaf could not be demonstrated as reported by Salna and co-workers in 2011 10.

The ethanolic extracts of curry leaves contained coumarin, sugar while methanolic extracts had coumarin and sugar which is in agreement with the report of workers mentioned earlier. The aqueous extract of tea leaves had sugar. These results are different to those reported by Dogra et al., 2011 16. These workers reported tannins, glycosides, alkaloids and steroids in the aqueous extract. However, we did not analyze the extract for glycosides and steroids. Methanol and ethanol extract contained tannins, saponins, coumarin and sugar.

Our results differ from those reported by others who observed the tannins, alkaloids and anthocyans in methanol and phenolic acid in ethanol extract of tea Akroum et al., 2012 17. The plausible explanation for detecting the compounds which were reported by others and not by us can be looked into the method (s) employed for the detection of different phyto-chemicals as our analysis was based on a single test.

However, a combination of different tests for the detection of a particular phytochemical may give a better analysis. Ideally a combination of tests is recommended lest we may miss some compounds. 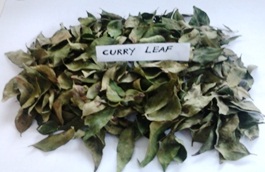 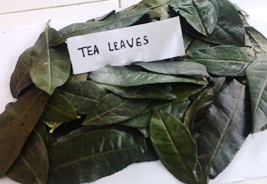 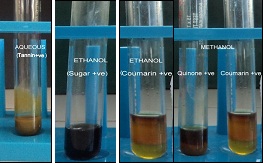 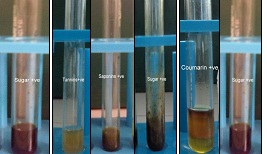 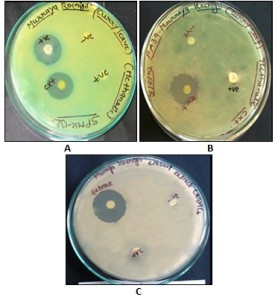 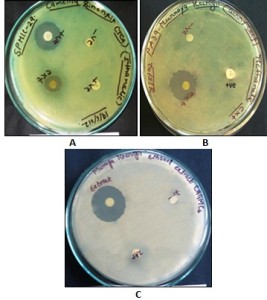 TABLE 1: ANALYSIS OF PHYTOCHEMICALS IN LEAVES OF MURRAYA KOENIGII (CURRY) (A) AND CAMELLIA SINENSIS (TEA) (B) EXTRACTS IN DIFFERENT SOLVENTS.

A = Murraya koenigii (Curry); B = Camellia sinensis (Tea); + Or – indicates positivity or absence.

TABLE 5: ZONE OF INHIBITION AROUND THE DISC IN (MM) FOR METHANOLIC AND ETHANOLIC EXTRACT OF CAMELLIA SINENSIS (TEA) AGAINST PSEUDOMONAS STRAINS

R = Resistant, S = Sensitive, - = No zone of inhibition around the disc.

ACKNOWLEDGEMENT: The authors express their thanks to the Vice Chancellor Dr. P.K. Khosla, for eproviding facilities to carry out the work at this University.