HER2 stands for Human Epidermal growth factor Receptor 2. Each normal breast cell contains copies of the HER2 gene coding for HER2 protein found on the cell surface, which helps normal cells grow.HER2+ breast cancer is characterized by over expression of this gene in breast cells which fosters the cell growth giving rise to breast tumors. Studies show that 20-25% of breast cancer patients have tumors that are HER2+ making it a significant target for breast cancer studies. Identification of effective, well tolerated HER2 inhibitors represents a rational chemo preventive strategy. Here I present a study on the 27 herbal HER2 targeted lead compounds and their potential binding affinity to HER2. Iressa and Lapatinib served as reference drugs. Lipinski’s rule of five was applied to all the herbal compounds to evaluate their drug likeness, pharmacological or biological activity. Depending on Lipenski’s rule, the molecules which were following the criteria for the same were subjected to energy minimization using MARVIN SKETCH and receptor-ligand interaction study using QUANTUM docking tool. Reference drugs were also subjected to the same studies. Silymarin showed good docking score in comparison with the reference drugs. After the docking step, Silymarin was subjected to binding site analysis in Q site Finder where the binding interaction with HER2 was clearly observed. Using ADME TOX analysis it was found that silymarin was showing lower Ames test value than the reference drugs. The high ligand binding affinity of silymarin to HER2 receptor introduce the prospects of its use in chemo preventive applications. Further animal studies needs to be done to confirm the exact role and mechanism of Silymarin as a cancer chemo preventive agent for breast cancer.

INTRODUCTION: Breast cancer is a cancer that arises in the breast tissue, mostly from the inner lining of the milk ducts or the lobules that supply the milk ducts. It is the second most common type of non-skin cancer after lung cancer and the fifth most common cause of cancer death 1. Several factors leading to breast cancer have been reported for instance sex, age, hormonal causes, genetic causes, environmental causes, etc 1-3.

In this study, focus mainly lies on the genetic causes. Mutations and abnormal functioning of certain genes have lead to aggressive breast cancers 5, 7. Mutations in genes like BRCA1, BRAC2 and p53 have been extensively studied for their breast cancer inducing properties 5, 6. Inheritance of the altered forms of these genes will confer a high life time risks and a high relative risks 4. Over expression of genes like HER2 will consequently lead to over expression of corresponding cell growth controlling protein, which will expedite the cell growth and proliferation leading to formation of tumors. Therefore, targeting the HER2 protein may bring back the cell growth under control 7, 12. In this work an attempt has been made to target HER2 with naturally occurring molecules that are suspected to inhibit it (based on evidence).

Human epidermal growth factor receptor (HER)2 is a transmembrane tyrosine kinase protein that is encoded by a proto-oncogene located on chromosome 17q21 8. The HER2 protein is found on the surface of some normal cells in the body 11. In normal cells, HER2 proteins help send growth signals from outside the cell to the inside of the cell. These signals tell the cell to grow and divide. HER2 receptors exist as monomers but dimerize on ligand binding. HER ligands are bivalent growth factor molecules whose low-affinity site binds to HER2 to send the growth signal. Under conditions where HER2 is over expressed, it acts as a networking receptor that mediates signaling to cancer cells, causing them to proliferate 12. The HER2 proto-oncogene is over-expressed in approximately 20% to 25% of invasive primary breast cancers. Positive HER2 status has been linked with aggressive tumor behavior 8. Therefore, inhibition of this receptor becomes crucial in breast cancer treatment12. Drugs that are commercially used to inhibit HER2 and suppress the growth of over expressing tumor cells are Iressa and Lapatinib 9, 10. These drugs have been used as standard reference drugs in this study for comparative analysis. In this study an in silico approach has been followed to find a drug molecule, that targets HER2, having properties better than the reference drugs.

Drugs generally exhibit their action by binding to certain target receptor17. The energy required for the drug-receptor binding directly correlates to the effective binding of the drug to the target receptor. This energy at the expense of which protein-Ligand interaction occurs is denoted as G-bind value21, 20. The energy minimized compounds were ready to get docked with the target protein molecule (HER2). Quantum 3.3 was used as a docking tool to carry out the docking operations with greater accuracy18. Energy value (g-bind) for each ligand docked with HER2 was noted down. Compounds requiring minimum energy to bind to HER2 were analyzed based on the energy values. For comparative analysis, reference drugs (Iressa and lapatinib) were also docked with the same receptor and their energy values were noted down as well. Lead compound was identified based on the comparative analysis20. This lead compound was then subjected to ADME-Tox analysis19.

Molecular property evaluation of the lead compound was done using Osiris property explorer which is an online tool. The chemical structure of the lead compound was drawn and various drug-relevant properties like druglikeness, drug score, etc are calculated. Prediction results are valued and color coded. Properties with high risks of undesired effects like mutagenicity or a poor intestinal absorption are shown in red. Whereas a green color indicates drug-conform behavior 22, 23, 24.

RESULTS AND DISCUSSION: The literature survey resulted in 27 HER2 inhibiting compounds which includes Curcumin, Biochanin A, Epigallocatechin 3-gallate, Quercetin, Osthole, Indole-3-carbinol, etc. Out of these 27 compounds only 14 followed the Lipenski’s criteria for druglikeness. These 14 compounds were taken as targeting agents which are suspected (based on evidence) to be responsible for inhibiting the biological processes important in causing HER2 induced breast cancer. Compounds were prepared for docking analysis through their energy minimization in MarvinSketch.  Different energy conformers obtained for a compound in MarvinSketch are shown in fig 1. 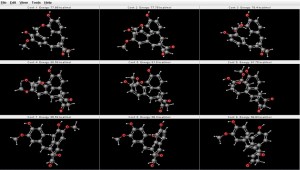 FIG. 1: DIFFERENT ENERGY CONFORMERS FOR A COMPOUND IN MARVINSKETCH

The docking studies were carried out in Quantum. It was found that the compounds namely Silymarin, Curcumin, Apigenin and 3,3Diindolylmethane showed relatively better interaction with HER2 receptor requiring less energy to bind to it [table 1]. Reference drugs (Iressa and Lapatinib) were also docked with the same receptor and their energy values were noted. It was found that energy required by Silymarin to dock with HER2 was significantly lower than that required by reference drugs [table 1]. A screenshot of running docking operation in Quantum 3.3 is shown in fig. 2. 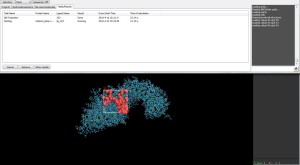 FIG 3: PREDICTION OF ACTIVE SITE TO WHICH SILYMARIN BINDS WITH ITS CLOSER VIEW 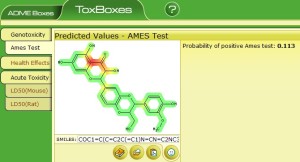 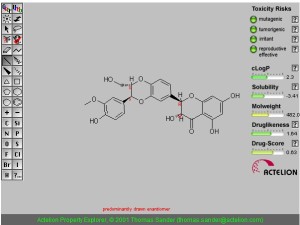 CONCLUSION: It can be concluded that Silymarin holds a strong potential for acting as drug candidate that target HER2 to inhibit the biological processes leading to breast cancer. In silico analysis renders it a stronger candidate, than the drugs in use such as Iressa and Lapatinib and the other HER2 targeting molecules, for curing HER2 induced breast cancer. Further animal studies needs to be done to confirm the exact role and mechanism of this compound as a chemo preventive agent.

ACKNOWLEDGEMENT: We are very much thankful to Shri S. Narasa Raju, Chairman of Children’s education Society, Mr. Narasimha Raju, Executive director of Children’s education trust, Dr. T. Krishnan, Principal, Dr. Kusum Paul, HOD, Dr. B. K. Manjunatha, Professor, and Mr. Abhilash M., Sr. Lecturer of The Oxford College of Engineering (TOCE), Bangalore for their support and encouragement. We also extend our hearty thanks to staff at Institute of Computational Biology (IOCB) for their support and guidance throughout the project.