INTRODUCTION: Amitriptyline HCl (AMI) is chemically, 3- (10, 11- Dihydro- 5H- dibenzo [a, d] cyclohepten- 5- ylidene)- N, N- dimethyl-1-propanamine 1. It is a tricyclic antidepressant used in case of anxiety and also exerts an anticholinergic activity 2. Perphenazine (PER) is chemically, 2-[4-[3-(2- chlorophenothiazin- 10- yl) propyl] piperazin- 1- yl] ethanol 1.It is an antipsychotic phenothiazine derivative and use in the management of the manifestations of psychotic disorders and for the control of severe nausea and vomiting in adults 2. AMI is official in IP, BP and USP. The IP 3, BP 4 and USP 5 describe HPLC, non-aqueous titration and titrimetric methods, respectively for estimation of AMI.

A literature survey revealed comparison of HPLC and fluorescence polarization immunoassay method 6, determination by UV spectrophotometric method 7, dissolution studies 8, and chromatographic methods of AMI with other antipsychotic agents like nortriptyline, chlordiazepoxide and imipramine. HPLC determination with its major metabolites in human blood 9 and combination with other drug 10-12 was also reported. PER is official in BP 4 and USP 5. AMI and PER combined tablet is official in USP. Literature survey revealed chemometric method in content uniformity and drug dissolution study, volumetric determination 13.

Simultaneous spectrophotometric determination of chlorpromazine, perphenazine and acetopromazine 14, Kinetic spectro- photometric method 15 and Chemi- luminescence method 16 were reported. AMI and PER are formulated together in the form of a tablet. Literature survey revealed no method reported for simultaneous determination of the two drugs. The purpose of this study was to determine both drugs concurrently by simple, accurate, rapid and precise simultaneous equation method and HPTLC assays for routine analysis.

MATERIALS AND METHOD: All absorption spectra were recorded with a UV-1800 PC UV/Vis double beam spectrophotometer with spectral width of 2 nm, wavelength accuracy of 0.5 nm and a pair of 10 mm matched quartz cells (Shimadzu, Japan), CP224S analytical balance (Sartorius) and ultra sonic cleaner (Frontline FS-4) were used throughout the practical. Pure samples of AMI and PER were kindly supplied by Sun Pharmaceuticals Ltd, Vadodara, India. Marketed tablets procured from local pharmacy. Each tablet containing 10 mg AMI and 4 mg PER were used.

Method: AMI (10mg) and PER (10mg) were accurately weighed and transferred to two separate 100 ml volumetric flask, dissolved in Methanol solvent to obtained stock solution of 100 μg/ml each. Aliquots of both the stock solutions were diluted further again using methanol to get the concentration of AMI and PER, both, as (2, 4, 6, 8, 10, 12 μg/ml) at 240.0 and 258.0 nm, respectively to study the verification of Beer’s law. The isoabsorptive point of both the drugs was found at 253.20 nm and the absorbance values at 253.20 nm were recorded throughout the selected concentration range of both the drugs (Figure 1). 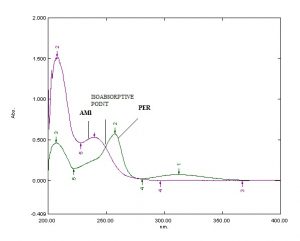 FIGURE 1: OVERLAIN ABSORPTION SPECTRA OF AMI AND PER

Drug concentrations of 4.0 μg/ml (AMI) and 4.0 μg/ml (PER) and a mixture containing the same concentration of both the drugs were analyzed for the proposed method. Tablets containing 10 mg AMI and 4 mg PER were weighed and finely powdered. A quantity of powder equivalent to 10 mg AMI and 4 mg PER was accurately weighed and transferred to 25ml volumetric flask, dissolved in methanol, filtered through whatman filter paper  No.1 and the volume was made up to 25ml with the same solvent. Aliquots of this solution were diluted with methanol to get the working standards of 10 μg/ml AMI (~ 4 μg/ml PER).

RESULTS AND DISCUSSION: The methods discussed in the present work provide a convenient and accurate way for simultaneous analysis of AMI and PER.In this method, wavelengths selected for analysis were 240.0 nm for AMI and 258.0 nm for PER. Linearity was observed in the concentration range of 2-12 μg/ml for both AMI and PER. Isoabsorptive point was found to be at 253.20 nm. Concentration of the individual drug present in the tablet sample solution was determined by solving the Q- analysis equation using the respective absorptivity value. The proposed methods have been applied to assay AMI and PER in tablets without any interference from the additives (Table 1). The validity of the suggested procedures was further assessed by applying the standard addition techniques (Table 2). The results of assay validation of the proposed methods show that they are accurate and precise according to the RSD values of intra and interday determinations (Table 3).

a n is number of determinations, b SD is a Standard deviation, AMI is Amitriptyline HCl, PER is Perphenazine

TABLE 2: APPLICATION OF THE STANDARD ADDITION TECHNIQUE TO THE ANALYSIS OF AMI AND PER IN TABLETS BY THE PROPOSED METHOD

a n is number of determinations, b SD is a Standard deviation

TABLE 3: SUMMARY OF VALIDATION PARAMETERS FOR THE PROPOSED METHODS

a LOD is Limit of detection, b LOQ is Limit of quantification, c RSD is Relative standard deviation, d n is number of determinations

CONCLUSION: The proposed dual wavelength method gives accurate and precise results for determination of AMI and PER in marketed formulation (tablet) without prior separation and is easily applied for routine analysis. The most striking feature of the dual wavelength method is its simplicity and rapidity. Method validation has been demonstrated by variety of tests for linearity, accuracy, precision and stability. The developed method has several advantages, as it is simple, accurate, precise and economical. The proposed method was successfully applied to determination of these drugs in commercial tablets.