Ornidazole is used in the treatment of amoebiasis and other protozoal diseases. This drug is under the category antihelmentics. The combination of two drugs is not official in any pharmacopoeia; hence no official method is available for the estimation of ciprofloxacin and ornidazole in their combined dosage form. Literature review reveals that few methods are available for the determination of ornidazole in bulk and solid dosage form based on spectrophotometry 20-27 and RP-HPLC. 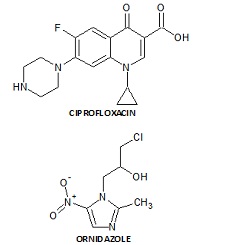 FIGURE 1: STRUCTURE OF CIPROFLOXACIN AND ORNIDAZOLE

Materials: The tablets of the said combination were purchased from a local pharmacy (The label claim contained 500 mg of Ciprofloxacin and 500 mg of Ornidazole). Sodium hydroxide was of analytical grade chemical and distilled water was used to prepare all solutions. 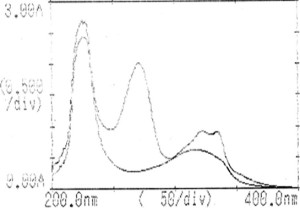 FIGURE 2: THE OVERLAY UV SPECTRUM OF CIPROFLOXACIN HYDROCHLORIDE AND ORNIDAZOLE

Where, A1 and A2 are the absorbance of sample at 272 nm and 319 nm respectively. CX and CY are the concentration of Ciprofloxacin HCl and Ornidazole in sample respectively.

c)      Analysis of standard mixture: The mixture of pure Ciprofloxacin HCl (10 µg/mL) and Ornidazole (10 µg/mL) was prepared from stock solution in 0.1 N NaOH. Their absorbance value at the two selected wavelength was recorded and quantitative estimation of the drugs was carried out by solving simultaneous equations.

d)     Analysis of Tablet Formulation: Twenty tablets were weighed and finely powdered. An accurately weighed quantity of the powder equivalent to about 50 mg of Ciprofloxacin & Ornidazole; was taken in 50 mL volumetric flask and dissolved in 25 mL of 0.1 N NaOH ; it was further diluted up to the mark with same solvent. The solutions were then filtered and filtrate gets diluted to get final 10 µg/mL concentration of Ciprofloxacin HCl & Ornidazole. The solution was then read at two selected wavelength. The results of tablet analysis are given in Table 1.

Method-II: Q - Analysis (Absorbance Ratio Method): Q-Absorbance method depends on the property that, for a substance which obeys Beer's law at all wavelength, the ratio of absorbances at any two wavelengths is a constant value independent of concentration or path length. In the quantitative assay of two components in a mixture by the absorbance ratio method, absorbances are measured at two wavelengths: One being the λmax of one of the component (λ2) and the other being a wavelength of equal absorptivities of the two components i.e. an iso-absorptive point.

b)     Study of Beer-Lambert’s law: The solutions having concentrations in range 2.5 - 22.5 µg/ml for both ciprofloxacin HCl and ornidazole were prepared in 0.1 N NaOH using working standard solution. The absorbances of resulting solutions were measured at 272 nm and 292 nm. Calibration curves were plotted at these wavelengths. Both the drugs obeyed linearity individually and combination within the concentration range of 2.5 - 22.5 µg/ml for both ciprofloxacin & Ornidazole.

d)      Analysis of Standard Mixture: The laboratory mixture of Ofloxacin (5 µg/mL) and ornidazole (12 µg/mL) was prepared from stock solution in 0.5 N acetic acid The absorbance value at the two selected wavelength was recorded The contents of Ciprofloxacin and Ornidazole were calculated by substituting values in the formulae given below.

e)      Analysis of tablet formulation: Twenty tablets were weighed and finely powdered. An accurately weighed quantity of the powder equivalent to about 50 mg of ciprofloxacin was taken in 50 ml volumetric flask and dissolved in 25 ml of 0.1 N NaOH; it was diluted up to the mark with 0.1 N NaOH. The solutions were then filtered and filtrate gets diluted to get final concentration of ciprofloxacin HCl (10 µg/ml) and Ornidazole (10 µg/ml). The solution was then read at two selected wavelength. The results of tablet analysis are given in Table 1.

Validation of Analytical Methods: As per I.C.H. guidelines.

Precision: For evaluation of precision of the results a concentration of 10μg/ml was evaluated by 4 replicate determinations. S.D. was found to be less than 0.1. Precision study data is given in Table 2.

Accuracy (Recovery study): It was found out by recovery study using standard addition method. Known amounts of standard Ciprofloxacin and Ornidazole was added to pre-analyzed samples at a level from 80% up to 120% and then subjected to the proposed methods. Results of recovery studies are shown in Table 3.

TABLE 1: ANALYSIS OF CIPROFLOXACIN AND ORNIDAZOLE IN TABLETS

As their λmax differ more than 20 nm; simultaneous equation method tried for their simultaneous estimation in formulation. Also iso-absorptive point was observed at 292 nm so the absorbance ratio method was tried for simultaneous estimation of drugs in formulation at 272 nm (λmax of ciprofloxacin) and 292 nm (iso-absorptive wavelength). The calibration curve was linear over the concentration range 2.5 to 22.5µg/ml of Ciprofloxacin & Ornidazole. By observing the validation parameters, all the methods were found to be simple, specific, accurate and precise. Recovery experiments indicated the absence of interferences from the commonly encountered pharmaceutical additives and excipients.

All the methods were successfully used to determine the amounts of ciprofloxacin and ornidazole present in the tablets. The results obtained were in good agreement with the corresponding labelled amount. Hence, all the three methods can be employed for the routine analysis of these two drugs in combinations.