INTRODUCTION:Paracetamol is a chemically N-(4-hydroxyphenyl)acetamide. It has antipyretic, analgesic and anti-inflametory actions. It has a highly targeted action in the brain, blocking of an enzyme involved in the transmission of pain. Its mode of action was known to be different compare to other pain relievers, but although it produces pain relief throughout the body. Looking to the importance of paracetomol drug several methods have been developed for evaluation, validation and assaying of paracetamol in a drug formulation 1-11.

These methods are as diverse as a simple titrimetric method to HPCL and spectrophotometric methods. A very little work has been attempted to estimate paracetamol using Griess reaction 12, 13. This method is based on hydrolysis of drug and then diazotization of paracetamol using aromatic phenol as couplers to produce deep orange or red color with a maximum absorption wavelength at 470 nm.

Therefore, in the present study, we had planned to develop a new method for assaying paracetomol drug by following Griess reaction using 8-hydroxyquinoline as a coupler.

The same was compared using 2-napthol as a coupler. The reaction mechanism assumed to be followed during the present study is shown in Scheme 1. 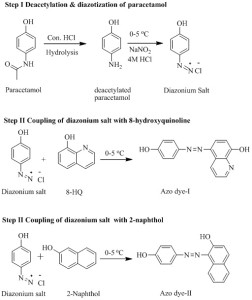 SCHEME 1: POSSIBLE REACTION PATH TO BE FOLLOWED DURING SPECTROPHOTOMETRIC DETERMINATION OF PARACETAMOL.

Materials: A standard sample of paracetamol was obtained from Dwarkesh chemicals Pvt. Ltd., Ahmedabad, as gift sample. Paracetamol tablets of different brands were purchased from local market. All other chemicals used were of Analytical reagent grade.

Preparation of calibration curves of dye using two couplers: To prepare standard solutionof pure authentic sample of paracetamol (PCM), 250 mg of drug was weighed accurately and refluxed with 25 ml of 4 M HCl for 30 minutes. The content was appropriately diluted and required aliquots were taken for preparation of calibration curve. Solution containing 2-10 μgmL-1 of paracetamol equivalent was taken in 25 ml volumetric flask. To this aliquot 0.6 ml of 4 M HCl and 1 ml of 0.1% w/v solution of sodium nitrite were added for diazotization.

Similarly tablet of paracetamol was weighed out and powdered. The powdered sample equivalent to 250 mg of paracetamol (PCM) was accurately weighed out, same process for hydrolysis and color development was carried out. Absorbance was measured at appropriate wavelengths using Perkin Elmer Lambda 40 UV/VIS spectrophotometer and paracetamol was estimated from calibration curve. Calibration curve 14 for both dyes has been shown in Figure 1 and 2 respectively. Molar extinction coefficient 15 (εmax) and Sandell’s sensitivity16 (ѕѕ) were calculated from graph. 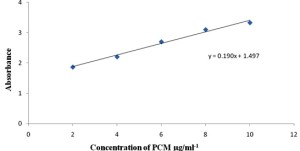 Stability test for dye prepared: Stability of prepared dyes were checked for 10 µg/ml solution of paracetamol by coupling it with 8-hydroxyquinoline/2-napthol. The successive readings have been taken at 470 nm and 490 nm respectively for 70 minutes using Spectrophoto-meter. Results 16 for the same have been incorporated in Figure 3 and 4. 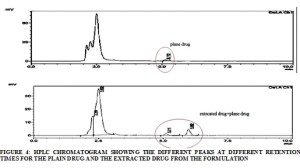 Reliability and suitability of the method: Reliability and suitability of the method have been checked via calculation recovery and % recovery using marketed available Paracetamol drug tablets as a standard. The authentic hydrolyzed paracetamol was added in the range of 76-116 % of the pre-analyzed paracetamol tablet. Recoveries of paracetamol at three different amounts (i.e. 75 mg, 100 mg and 125 mg) using 8-hydroxyquinoline and 2-napthol were determined. The results for the same are given in Table 1 and 2. The above discussed methods of recovery and % recovery were checked for marketed available formulations.

TABLE 2: RESULTS OBTAINED FROM THE ANALYSIS OF PARACETAMOL TABLETS*

RESULTS AND DISCUSSION: The methods discussed in the present work provide a convenient and accurate way for the determination of paracetamol drug in the marketed table using spectroscopy in the visible range due to formation of deep orange or red colour of azo dyes.

The plot of absorbance vs concentration [Figure 2] shows that the azo dyes formed obeys Lambert-Beer’s law for 2-10 μgmL-1 of paracetamol. As well as the azo dye formed from 10 µg/ml paracetamol with 2-napthol as a coupling agent have been found to be stable for at least 50 minutes as shown in Figure 4.

The quantitative determination of paracetamol in paracetamol tablets manufactured in India by three different manufacturers was carried out in this study. The results obtained are tabulated in Table 2. In general, the mean percentage determined in three replicate analyses is very close to the claimed amount by the manufacturers.

The relative standard deviations for all the three samples are in the range from 2.2-6.4 at 95% self-assurance. This indicates that the suitability of the presently used methods for the routine analysis of paracetamol tablets is highly appreciable.

CONCLUSIONS: 8-Hydroxyquinoline was investigated to estimate paracetamol in a pharmaceutical preparations using Spectrophoto-metric method. The amount of paracetamol determined from this method is found to be close with the amount claimed by the manufacturers. The percentage recovery was found to be in the range of 97.4-100.2 % for 8-hydroxyquinoline indicating the suitability of the method for the determination of paracetamol in pharmaceutical preparations.

The data obtained here shows that the dye formed with 8-hydroxyquinoline is more stable than the 2-naphthol. The present method of the azo dyes formation is quite stable for at least 45-50 minutes, is a simple and accurate method, and can be used for routine analysis of paracetamol in paracetamol tablets.

ACKNOWLEDGEMENT: We gratefully acknowledge the Director, ARIBAS and Chairman, C. V. M. for providing all the necessary research facility.