INTRODUCTION: Ertugliflozin belongs to the class of potent and selective inhibitors of the sodium-dependent glucose co-transporters, more specifically type 2 which is responsible for about 90% of the glucose reabsorption from glomerulus 1-4. Metformin is an oral antidiabetic drug in the biguanide class 5-7. It is the first-line drug of choice for the treatment of type 2 diabetes. It is also used in the treatment of polycystic ovary syndrome and has been investigated for other diseases where insulin resistance may be an important factor.

Metformin works by suppressing glucose production by the liver. 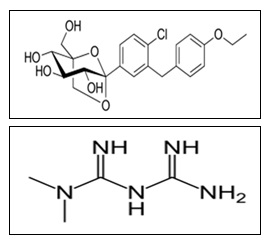 FIG. 1: STRUCTURES FOR ERTUGLIFLOZIN AND METFORMIN

Literature review 10-14 reveals that different methods RP-HPLC, UV, LCMS for its analysis in formulations. Hence, our present plan is to develop a new, sensitive, robust & accurate method for its analysis in the formulation, after a detailed study, a new UPLC method was decided to be developed and validated as per ICH norms 15-16.

Diluent: Based upon the solubility of the drugs, diluent was selected, acetonitrile, and water taken in the ratio of 50:50.

Preparation of Standard Stock Solutions: Accurately weighed 3.75 mg of Ertugliflozin, 250 mg of Metformin, and transferred to a 50ml volumetric flask. 3/4th of diluents were added to the flask and sonicated for 10 min. Flask was made up of diluents and labeled as Standard stock solution (5000 µg/ml of Ertugliflozin and 75 µg/ml Metformin).

Preparation of Standard Working Solutions (100% Solution): 1 ml from each stock solution was pipetted out and taken into a 10 ml volumetric flask and made up with diluent (500 µg/ml of Ertugliflozin and 7.5 µg/ml of Metformin).

Preparation of Sample Stock Solutions: 10 tablets were weighed, and the average weight of each tablet was calculated, then the weight equivalent to 1 tablet was transferred into a 100 ml volumetric flask, 50 ml of diluents was added and sonicated for 25 min, further the volume was made up with diluent and filtered by HPLC filters (5000 µg/ml of Ertugliflozin and 75 µg/ml of Metformin).

Preparation of Sample Working Solutions (100% Solution): 1ml of filtered sample stock solution was transferred to a 10ml volumetric flask and made up with diluent (500 µg/ml of Ertugliflozin and 7.5 µg/ml of Metformin).

Optimized Method: Trials were performed for the method development, and the best peak with least fronting factor was found to be with RT = 0.736 min for Ertugliflozin and 1.285 min for Metformin.

System suitability: According to ICH guidelines, plate count should be more than 2000, tailing factor should be less than 2 and resolution must be more than 2. All the suitable system parameters were passed and were within limits.

Accuracy: Three levels of Accuracy samples were prepared by the standard addition method. Triplicate injections were given for each level of accuracy, and mean % Recovery was obtained as 100.38% and 99.81% for Ertugliflozin and Metformin, respectively.

Precision: From a single volumetric flask of working standard solution six injections were given, and the obtained areas were mentioned above. Average area, standard deviation, and % RSD were calculated for two drugs. Precision % RSD values obtained as 0.8% and 0.9% and Intermediate precision values obtained as 0.9% and 0.6% respectively for Ertugliflozin and Metformin. As the limit of Precision was less than “2” the system precision was passed in this method. 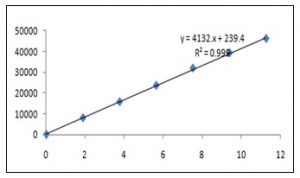 Robustness: Robustness conditions like Flow minus (0.20ml/min), Flow plus (0.40ml/min), mobile phase minus (55:45A), mobile phase plus (55B:45A), temperature minus (25 °C) and temperature plus (35 °C) was maintained and samples were injected in a duplicate manner. System suitability parameters were not much affected, and all the parameters were passed. % RSD was within the limit.

Degradation Studies: Degradation studies were performed with the formulation, and the degraded samples were injected. Assay of the injected samples was calculated and all the samples passed the limits of degradation. 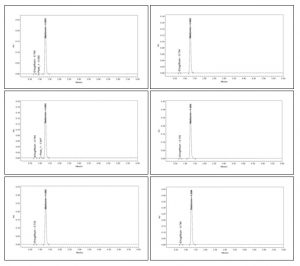 ACKNOWLEDGEMENT: The author(s) would like to acknowledge the Department of Pharmaceutical Analysis, Joginpally B.R Pharmacy Campus for providing an institutional research platform and necessary facilities.