Celosia argentea is a medicinal herb belonging to the family Amaranthaceae has been used traditionally in Ayurveda for the treatment of diarrhoea and dysentery. Extensive studies have been carried out to substantiate its various claimed pharmacologic activities. Present communication records the Pharmacognostic evaluation like Macroscopic and Microscopic characters and Physiochemical evaluation like Foreign matter, Moisture content, pH, Ash value, Extractive value, Crude Fibre content and Foaming Index. Fluorescence analysis and Phyto-chemical investigations on this plant reveal the presence of Carbohydrates, Amino acids, Glycosides, Saponins, Alkaloids, Flavonoids, Phenolic compound and Tannins in different extracts. Pharmacognostic and Qualitative chemical evaluation of whole plant should be helpful for identification and preparation of monograph of the plant.

INTRODUCTION: Man’s existence on this earth has been made possible only because of the vital role played by plant kingdom. Nature always stands as a golden mark to exemplify the outstanding phenomenon of symbiosis. Medicinal plant existing even before human being made their appearance on the earth 1. The factors responsible for the continued and extensive use of herbal remedies in India are their effectiveness, easy availability, low cost, comparatively less toxic effects and the shortage of practitioners of modern medicine in rural areas 2. For the maintenance of good health majority of world population are turning towards herbal remedies. Before moving towards the use of herbal plants, standardization is necessary.

So in our present paper, the plant used is Celosia argentea. In view of its significant traditional uses, the current study was aimed to investigate the Pharmacognostical, Macroscopical and Microscopic characters of the plant for its correct identity and further investigation for different disease treatments.

C. argentea is distributed all over the world mainly in subtropical and tropical regions of Sri Lanka, South Asia, Africa, America, Karnataka, Andhra Pradesh and Tamil Nadu 3, 4. The cultivated, improved races of this plant are known as Cock’s Comb due to presence of bright colored, curiously branched spikes 5, 6.

In Indian system of medicine, the plant is used for the dissolution and excretion of stones 7, the flowers are used for dysentery, haemophythsis and menstruation and Seeds are used in the treatment of jaundice, gonorrhea, healing of wounds and injuries 8.

Plant material: The whole plant of Celosia argentea was collected from Bidar district. The plant was authenticated by Dr. B. S. Sajjan, Associate Professor in Botany in HKESBV Bhoomaraddi, Arts, Science and Commerce, College Bidar of Karnataka state. The plant was identified as Celosia argentea L. under a voucher specimen no. Sp.Pl.205.1753 and submitted in Pharmacognosy and Phytochemistry Department.

It was dried under shade and then powdered to obtain a coarse powder.

Macroscopical characters of Powder Drug: Macroscopy of the powder drug of whole plant was studied by observing the external characters like color, odor, taste and texture.

Microscopical characters of Powder drug: The raw material was powdered and passed through sieve no. 60 and examined for its microscopic characters. The powder of the drug was boiled with chloral hydrate to remove the coloring matters, mounted on the glass slide using glycerin, covered with a cover slip and viewed under microscope. The powder was also stained with Safranin, Fast green, Phloroglucinol and Hydrochloric acid and examined under microscope.

Foreign Organic Matter: It determines the extent of contamination of extraneous matter such as filth and other parts of botanicals which are not covered by definition of herbal drug. It was observed visually and under magnification.

Moisture content: Accurately weighed quantity of drug was taken into a tared crucible, crucible was covered and crucible and its contents were weighed. Loaded crucible was placed in an oven at 105oC and the cover was removed and left in chamber. Sample was dried to a constant weight. Moisture content of sample was calculated with reference to the air-dried drug.

Determination of pH: 1g of the air dried drug was taken in a100ml volumetric flask and added 100ml of distilled water. The solution was sonicated for about 10 minutes and filtered. pH of the filtrate was checked with the calibrated pH meter (Standard glass electrode).

Ash Value: Total ash, acid insoluble ash and water insoluble ash were calculated according to Indian pharmacopoeia. About 2g of accurately weighed air dried drug was taken in a previously ignited and tared silica crucible, and incorporated at a temperature not exceeding 450oC until free from carbon, washed with hot water and residue was placed on an ash less filter paper and ignited for fifteen minutes, until white ash was formed. The residue was allowed to cool in desiccator for 30 minute, weighed. The further treatment was carried out to derive water soluble and acid insoluble ash values.

Extractive value: About 5.0 g of the coarsely powdered air dried drug was macerated with 100 ml. of alcohol in a closed flask for 24 hours, shaken frequently during six hours and allowed to stand for eighteen hours. Then it was filtered rapidly taking precautions against loss of alcohol; 25ml of the filtrate was evaporated to dryness in a tared flat-bottomed shallow dish, dried at 105oC and weighed. The percentage of alcohol-soluble extractive and water soluble extractive was calculated with reference o the air dried drug.

Determination of Crude Fiber Content 15: 2gm of sample was accurately weighed and extracted with petroleum ether. Then 200 ml of 1.25% of H2SO4 was added to the marc and whole mixture was boiled for 30 minutes under reflux. Then the mixture was filtered and residue was washed with water until free from acid. The residue rinsed back with 200 ml of boiling 1.25 % of NaOH and boiled for 30 minutes under reflux. The liquid was filtered and residue was washed with boiling water until neutral, dried at 110oC to constant weight and incinerated to constant weight. The difference between the weight of dried residue and incinerated residue represents the weight of crude fiber. It is expressed as percentage of original weight of material.

Determination of Foaming Index 13: About 1g of plant material was reduced to coarse powder, weighed accurately and transfer to 500 ml conical flask containing 10 ml of boiling water. Moderate boiling was maintained for 30 minutes. Decoction was transferred to 100 ml volumetric flask and sufficient water was added to make up volume.

Decoction was poured into 10-stpppered test tubes in successive proportions of 1ml, 2ml, 3ml, etc. up to 10 ml. Tubes were shaken well for 15 seconds. These were allowed to stand for 15 minutes and height of foams in tubes measured. The tubes which show the height of 1cm was used for measuring the foaming index of the drug.

Preparation of extract and Percentage Yield:  2, 15, 17: The powder was extracted successfully with petroleum ether, benzene, chloroform, ethyl acetate, and ethanol using Soxhlet apparatus and finally the marc was allowed for maceration for 24 hours with distilled water to obtain aqueous extract. The extracts were concentrated under vacuum and then percentage yield of diff. extracts were calculated.

Phytochemical Screening 1, 16, 18: Preliminary phytochemical screening of all the extracts was carried out to know various constituents present as per the standard procedures. The extracts of Celosia argentea showed the presence of various phytoconstituents like alkaloids, carbohydrates, glycosides, phytosterols, saponins, tannins, proteins, amino acids and flavonoids.

Macroscopy: The powder microscopy of the whole plant of Celosia argentea Linn. shows that the powder was light green in color and having characteristic odor, bitter taste and smooth texture. Results are also being presented in tabulated form in Table 1.

Microscopy: Powder microscopy of whole plant of Celosia argentea showed the presence of Fibers, Spiral vessels, Stoma and Glandular trichomes shown in the Fig. 1, 2, 3 and 4 respectively. 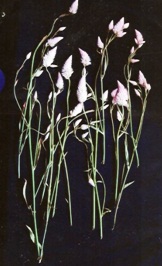 FIG. 2: SINGLE AND MULTIPLE VIEWS OF SPIRAL VESSELS AT 400X 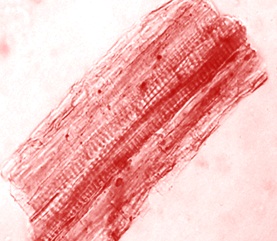 FIG. 3: FIBER ALONG WITH SPIRAL VESSELS AT 400X 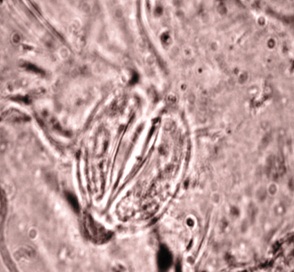 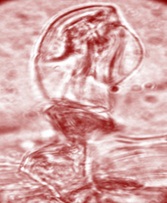 The Physiochemical Evaluation: Results of physiochemical evaluation have been tabulated in Table 2. The fluorescence analysis of the powder of Celosia argentea in various solvents and chemical reagents under UV (long and short) and normal day light is given in Table 3.

Percentage yield of extracts: Yields of different extracts have been tabulated in Table 4.

DISCUSSION AND CONCLUSION: Celosia argentea “Murga Phool” has value in the treatment of various diseases like jaundice, gonorrhea, wounds, diarrhoea and dysentery. For reproducible efficacy of any natural drug, it is must that its identity be undoubted and its standardized form be used. Hence the establishment of Pharmacognostic parameters and standards is prerequisite for use of drug as therapeutic agents. The results of present study can form the basis for identification and standardization of ‘Murga Phool’ and the manufacturers can utilize them for identification and selection of the raw material for drug production.