STUDIES ON PHYTOCHEMICAL, ANTIBACTERIAL AND ANTIOXIDANT POTENTIALS FROM THE ROOTS OF BOERHAVIA ERECTA. L.

STUDIES ON PHYTOCHEMICAL, ANTIBACTERIAL AND ANTIOXIDANT POTENTIALS FROM  THE  ROOTS  OF BOERHAVIA  ERECTA. L.

ABSTRACT: Boerhavia erecta is a weedy herb of the family Nyctaginaceae and is commonly available in almost all places. The  present  study is  so designed  for  phytochemical  screening  of  the plant as well as its  antibacterial and antioxidant activities of the root  extract of B. erecta. The whole plant was collected in and around Chennai.  Phytochemical screening of acetone extract of B. erectarevealed the presence of flavonoids, tannins, phlobatannin, saponin, terpenoids, glycosides.  The  antibacterial  activity of the crude extract  was  determined  by  the  well  diffusion  method  against four  pathogenic  bacteria. At higher concentratio the extract showed good zone of inhibition against  E.coli and P. aeruginosa. DPPH assay, Reducing power and Hydroxyl radical scavenging assay of acetone extract was studied and compared with standard Quercetin and Ascorbic acid.

INTRODUCTION: In India, the use of different parts of several medicinal plants to cure specific ailments has been in vague from ancient times. The indigenous system of medicine namely Ayurvedic, Siddha and Unani have been in existence for several centuries 1. The plants supply us with large number of excellent “chemicals” which form sources for different types of drugs.

The present trend in modern medicine is towards a change from the use of cellulose coated medicinal pills to extracts of plant supplied either in pure forms or in synthetic versions for curing many human ailments.

Thus plants have provided the blue prints for the modern medicine. Natural products perform various functions, and many of them have interesting and useful biological activities 2. Free radicals are molecules containing one or more unpaired electrons in atomic or molecular orbitals. There is an increasing evidence that abnormal production of free radicals leads to increased oxidative stress on cellular structures and causes changes in molecular pathways that underpins the pathogenesis of several important diseases, including cardiovascular diseases, neurological diseases, cancer, and in the process of physiological ageing 3. Antioxidants are vital substances that possess the ability to protect the body from damage caused by free radical induced oxidative stress 4.

Plant Material: The plant material of the root of B. erecta were collected from in and around Chennai. It was identified using standard books. The root part were shade dried and crushed into fine powder with electric blender. The powdered sample was sealed in polythene bags and was stored in desiccators until further use.

Dried and powdered root part of B. erecta (100 g) were extracted using soxhlet with 100% acetone (1:5 W/V) for about 72 hours. The extractwas removed and concentrated to dryness in rotary vacuum evaporator below 50°C and stored until needed for the bioassays at -4 °C.

The freshly prepared crude extract was qualitatively tested for the presence of chemical constituents and they were identified by the characteristic colour changes using standard procedures as described by 5, 6, 7.

Determination of Antibacterial Activity of B.Erecta:

In vitro antibacterial activity of the acetone root extracts of B.erecta was screened against a total of the four bacterial strains.

The well diffusion test 8, 9, 10 was performed using MHA medium. The medium was prepared and autoclaved at 15 lbs pressure (121ºC) for 15 minutes immediately cooled in a 50-55 ºC water bath after removed from the autoclave. The cooled medium was poured into sterile petriplates to a uniform depth of 4 mm; this is equivalent to approximately 25 mL in a 90 mm plate. Once the medium was solidified, then the culture was inoculated on the medium. Within 15 minutes of adjusting the density of the inoculum, a sterile cotton swab was dipped into the standardized bacterial suspension. The sterile swab was used to streak on the surface of the MHA containing plates. The plates were allowed undisturbed for 3 to 5 min to absorb the excess moisture. Sterilized 9 mm cork borer was used to make agar wells, 25μg, 50μg, 75μg of extract stock solutions were placed into each wells and 100% DMSO as a control. Positive control was made by tetracycline 30 μg which were suspended in 100% DMSO solvent. Zone of inhibition (ZI) were measured by 1mm accuracy scale prescribed method and calculated the zone of inhibition percentage also by the following formula

The acetone extract of the root of B.erecta were subjected to in vitro antioxidant assay 11. For acetone extracts reaction mixture consisted of 1 mL of 0.1 mM diphenyl-p-picrylhydrazyl radical (DPPH) in methanol and 1 mL of different concentrations (16 µg/mL, 32µg/mL, 64µg/mL, 125µg/mL, 250µg/mL, 500µg/mL and 1000µg/mL) were prepared. Acetone extracts of root were prepared and diluted to concentrations (16 µg/mL, 32 µg /mL, 64µg/mL, 125µg/mL, 250µg/mL, 500µg/mL and 1000µg/mL).1.0 mL of DPPH and 1.0 mL of methanol were used as control. The reaction mix was left in the dark at room temperature for 30 minutes. The OD was measured using spectrophotometer at 517 nm. Quercetin was used as standard. The inhibition percentage was calculated according to the formulae.

Where, AC- Absorbance of Control; AS- Absorbance of Sample. The 50% inhibitory concentration (IC50) values were calculated by plotting an x, y scatter trendline with regression equation.

Reducing power assay: The reducing power of crude acetone extracts of the root of B.erecta were determined by the method of (Oyaizu, 1986) 13. Various concentrations of the plant extracts in 1.0 mL of solvent were mixed with phosphate buffer (2.5mL) and potassium ferriccyanide (2.5mL) and incubated at 50°C for 20 minutes.  Trichloroacetic acid (10%; w/v) 2.5 mL were added to the mixture, which was then centrifuged at 3000 rpm for 10 minutes whenever necessary.

The upper layer of solution (2.5 mL) was mixed with distilled water (2.5 mL) and a freshly prepared ferric chloride (0.1%; w/v) solution 0.5 mL. The Absorbance was measured at 700 nm.  A blank was prepared without adding extract.  Ascorbic acid with various concentrations was used as the standard reference. Increase in absorbance of the reaction mixture indicates the increase in reducing power.

The hydroxyl radical scavenging activity of crude acetone extracts of the root of B.erecta was determined by Klein et al. (1991) 14. Various concentration of extracts were taken in different test tubes and evaporated to dryness. 1mL of iron EDTA solution (0.13% ferrous ammonium sulfate and 0.26% EDTA), 0.5mL of EDTA (0.018%) and 1mL of DMSO (0.85% v/v in 0.1M phosphate buffer, PH 7.4) were added to these tubes and the reaction was initiated by adding 0.5mL of 0.22% ascorbic acid. Test tubes were capped tightly and heated on water bath at 80-90°C for 15 minutes. The reaction was terminated by the addition of 1 mL of ice cold TCA (17.5%; w/v) solution.

Then 3 ml of Nash reagent (75 g of ammonium acetate, 3 mL of glacial acetic acid and 2 mL of acetyl acetone were mixed and made upto 1L with distilled water) was added to all tubes and left at room temperature for 15 minutes for colour development. Quercetin was used as standard reference. The intensity of the yellow colour formed was measured spectrophotometrically at 412 nm.

Antibacterial activities of the crude extracts were tested against four pathogenic bacteria and they were compared with standard antibiotic tetracycline by measuring the zone of inhibition diameter and expressed in mm showed in (Table 2; Fig.1). The average zone of inhibition ranges from 15- 19mm.

The antibacterial activity and antioxidant activity of B. erectais substantiated by the phytochemicals present in the roots. They can be further purified and studied for therapeutic activity. 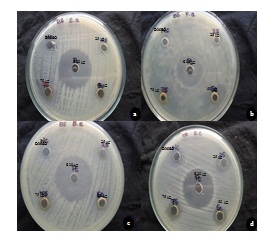 FIG.1: ANTIBACTERIAL ACTVITY OF B. ERECTA OF CRUDE ACETONE EXTRACTS