Categories Menu
Home » STUDY OF THE ENZYME-SUBSTRATE BY MOLECULAR MODELING INTERACTION; CASES OF THE DISEASE OF CANCER

STUDY OF THE ENZYME-SUBSTRATE BY MOLECULAR MODELING INTERACTION; CASES OF THE DISEASE OF CANCER

STUDY OF THE ENZYME-SUBSTRATE BY MOLECULAR MODELING INTERACTION; CASES OF THE DISEASE OF CANCER

ABSTRACT: This study was carried out with goal to predict the inhibition of Aurora Kinase B by a series of Oleocanthal by molecular modeling. During last year’s Kinases Aurora were emerged like one of the important targets of drug in several pharmaceutical companies and industries of research and it plays a main function in the regulation of the mitosis and the cytocinèse 1 and for this reason one inhibited these Kinases Aurora B with a series of oleocanthal derivatives as legand can simultaneously induce the autophagy and apoptose in the tumoral cells. To understand the complexation mechanisms in the biological system call was made at the molecular docking, we used MOE software. was optimized geometries of all ligands, in result, the calculation of the score of energy was made to form the complex and identify the interactions in the two media a solvated (water solution) and the other unsolvated in the end we find that the ligands L5 and L6 haves the lowest energies.

INTRODUCTION: Cell proliferation produces two cells from one, and it requires cell growth followed by cell division. Uncontrolled cell proliferation is a hallmark of cancer. These cells derive all of a same clone, the initiating the cancer cell which has acquired some characteristics enabling it to divide indefinitely and to metastasize. The new resulting cells can form a malignant tumor (neoplasm) or spread through the body and form metastases. Oleocanthal is a phenolic compound in the composition of olive oil 2, 3, has been implicated in the health benefits associated with diets rich in extra virgin olive oil EVOO; a powerful antioxidant 4; Non-Steroidal Anti-Inflammatory Drugs (NSAIDs) 5.

Amazingly, Oleocanthal induced cell death in all cancer cells examined – as rapidly as 30 minutes after treatment in the absence of serum 4.

The Aurora kinases, a family of mitotic regulators, have received much attention as potential targets for novel anti-cancer therapeutics 6. In recent years Aurora kinases have been emerged as an important drug targets in several pharmaceutical companies and research industries since it plays a major role in regulating mitosis and cytokinesis  7. Mitosis is a vital process for the regeneration of tissues and the genomic, development of an individual, and functional integrity of a cell 8. Three different types of Aurora kinases were reported for mammals, designated as Aurora kinases A, B and C, which all shares an high homologous of amino acid sequence but with distinct functions:

All three kinases inﬂuence the cell cycle from its G2 phase through cytokinesis but it appears at speciﬁc locations during mitosis. Abnormalities of Aurora kinases have strong link with cancer and guide to the current growth of new classes of anti-cancer drugs which speciﬁcally target the ATP-binding domain of Aurora kinases. Aurora kinase-B and Aurora kinase-A (Aurora B/A) are over expressed in human tumors 11, 12.

Our current work is based on development of a pharmacophore model that can able distinguish the Aurora-B kinase inhibitors, to find the selective characteristics of inhibited kinase Aurora-B the most stable 3D Pharmacophore.

2.1 Enzyme Aurora kinase-B: Aurora kinase A, B and C are located on chromosome 20q13.2, 17p13.1 and 19q13.43 respectively 13. They are made up of two domains: a regulatory domain in NH2 terminus and a catalytic domain in the COOH terminus 14, Aurora B kinase is a main component of chromosomal passenger protein consists of three additional proteins: survivin, borealin and INCENP (inner centromere protein) 15. The expression levels of Aurora B/A Kinases were elevated in several Aurora Kinases could be a novel chemotherapeutic strategy against the fight cancer 16. Inhibition of Kinase Aurora yield distinct phenotype, were he may have to void for the anti-cancer drugs 17. 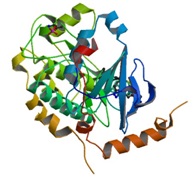 Les ligands: Ten ligands took as an inhibitor of Aurora Kinase is considered in this study. The skeleton of oleocanthal considered main skeleton; and we have changed the radical (R1 and R2) according to the following figure: 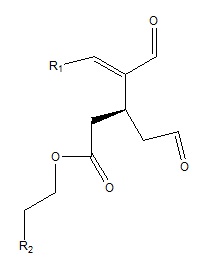 To understand the mechanisms of complexation in the biological system was used in the molecular docking, we used software MOE (Molecular Operating Environment) 18. For this purpose, the chemistry assists in structural biology that focuses on the relationship between the structure of molecules and their biological function. The different ligands studied are presented in the following table:

TABLE 1: DIFFERENT LIGANDS DERIVED FROM THE SKELETON OF OLEOCANTHAL

RESULTS AND DISCUSSION: According the results of interaction of the enzyme with different ligands in a medium not solvate is presented in the following Table 2.

TABLE 2: RESULTS INTERACTION BETWEEN THE ENZYME WITH DIFFERENT LIGANDS IN A MEDIUM NON-SOLVATED

And in a solvated medium (water solution) the results are grouped in the following Table 3.

TABLE 3: RESULTS INTERACTION BETWEEN THE ENZYME WITH DIFFERENT LIGANDS IN A SOLVATED MEDIUM 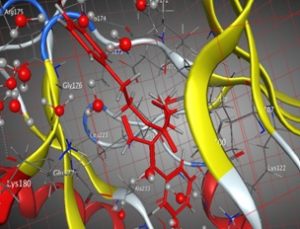 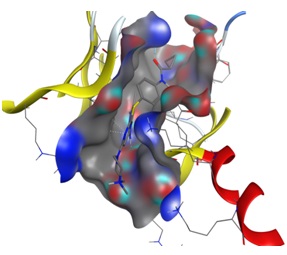 FIG. 3: BINDING OF LIGAND AT THE LEVEL OF CITY ASSETS

According to the results obtained from the interactions of ligands with enzyme in an environment solvated or not, we can see that the complex formed between enzyme and the ligands L5, L6 are the most stable compared to the other ligands (more stable than oléocanthal *L1*)

And after Anne Imberty et al; Interactions between 2.5 Å and 3.1 Å are considered to be strong; and those between 3.1 Å and 3.55 Å are supposed to mean; higher than 3.55 Å interactions are weak or absent 19.

In Tables 2 and 3; we can easily see that the distances between the ligands L5 and L6 in unsolvated medium are stronger and stronger with respect the same ligands in the solvated medium.

CONCLUSION: This study is performed using molecular docking technique to determine the molecule more effective than oleocanthal on cancer 4, we optimize the geometry of all the ligands, and after, score energy has been calculated to form complexes and identify existing interactions in two environments a solvate (water solution) and the other non-solvated, in the end we find that ligands L5 and L6 have energies lower and subsequently they are probably the best report the oleocanthal inhibitors.