ABSTRACT: Introduction: Antibiotics suppress the growth of or kill another microorganism at very low concentrations. Therefore this is the one of the supreme invention need of this era. Most bacteria are becoming resistant to various antibiotics, make a limitation for treating minor and major infectious. Hence, determining the resistance patterns in the geographical area will help in choosing and use of the effectiveness of antibiotics. Methods: It is a prospective observational study carried out in 167 patients in an inpatient Department of Surgery and Medicine between October 2017- April 2018. The enrolled patient data was collected in data collection form and subjected to descriptive statistics. Results: Among 167 observed cases 71.8% was male, and 28.2% was female. The majority of the patient was at the age group of 61-70 years (28.1%). E. coli 27.5% is the most commonly found organism followed by Klebsiella species 16%, E. coli with ESBL producer 8%. Amoxiclav 44.3% was found as the most resistant antibiotic followed by Ampicillin 43.1%, Cefotaxime 37.7%, Ceftazidime 31.1%, Ciprofloxacin 31.1%, Amikacin 28.7%, Ofloxacin 25.7%, Levofloxacin 22.8%, Ceftriaxone 22.9%, Cefepime 21.6%. In surgery department the most commonly used antibiotic is Metronidazole 39.08%, followed by Amikacin 31.03%, and the medicine department the most commonly used antibiotic is Ceftriaxone 50% followed by Amoxicillin + clavulanic acid 31.25%. 41.91% recommendations suggested by the pharmacist about the usage of antibiotic was accepted by physician and patient. The antibiotic utilization cost was found higher for Meropenem (5380 ± 3043.38). Conclusion: This study showed that E. coli was found as the most commonly found organism. Amoxiclav is the most resistant antibiotic and among all the antibiotics Metronidazole is the most commonly used antibiotic in the Surgery Department and Ceftriaxone is the most commonly used antibiotic in the medicine department. For better use of antibiotics, a culture sensitivity test should be done for each patient and formulate the prescription as per the report by considering other suitable guidelines.

INTRODUCTION: Antibiotics are the substances produced by microorganisms, which suppress the growth or kill microorganisms at very low concentrations 1.

Antibiotics are one of the greatest invention required for this era. It is the magic bullet from nature and embraced by the invention of scientists and philosophers into a tool to save lives from infective microorganisms. The antibiotic resistance is occurring due to various region like widespread use of antibacterial drugs, incorrect use of antibiotics, patient-related factors, prescriber’s prescriptions habits, veterinary prescriptions, commercial promotion, over the counter sale of antibiotic, underuse of microbiological testing, globalization and incorrect use of antibiotics such as too short a time/improper use like too low dose, at inadequate potency or wrong diagnosis. Wrong belief, about new and expensive medications, are more efficacious than older agents. Patient’s misperception about the antibiotics useful in self-resolving viral infections, poor compliance, self-medication, lack of knowledge, unnecessary use of antimicrobial drugs, inappropriate dose, inadequate duration of therapy, use of irrational antimicrobial fixed-dose drug combinations (FDCs). This perception increases the unnecessary health care expenditure and encourages the selection of resistance to these newer agents as well as to older agents in their class 2. Lack of opportunity for patient follow up, Insufficient training in infectious diseases and antibiotic treatment, the difficulty of selecting the appropriate anti-infective drugs empirically for self-reassurance are promoting the use of broad-spectrum drugs 2-10.

Due to emerging resistance to combination antibiotics, most of the developing countries are worried about the future availability of higher generation antibiotics for treating patients, especially the pediatric population, displaying resistance to a majority of existent antibiotics 8, 11, 12. The antibiotic resistance consequences lead to prolonged illness and greater risk of death, longer periods of hospitalization and infections, which intern increases the number of infection and spreading in the community. Impact of resistance on public health and economy lead to a large pool of resistant genes and increased burden on society regarding morbidity, mortality and cost 2.

Several studies showed inappropriate antibiotic usage was 20-50% and 70% of the bacteria that cause infections in hospitals are resistant to at least one of the most commonly used antibiotic. Some organisms are resistant to all approved antibiotics and can only be treated with experimental and potentially toxic drugs. The present situation is showing that many of the second and third line agents are turning to be ineffective in clinical settings because of mutation in bacterial or host gene. The slow pace antimicrobial new molecules introduced into the market inadequately leading to increasing the thirst of antibiotics globally 2, 10. Hence this study was carried out first time in our rural hospital. 1: To know the pattern of microbe’s resistance in Surgery and Medicine Department, 2: To suggest/ formulate the proper and effective use of empirical antibiotics, 3: To find the medicine cost incurred in the disease management.

METHODOLOGY: A prospective, observational study was conducted in tertiary care 1050 bed teaching hospital (Adichunchanagiri Hospital and Research center) B. G. Nagar, throughout 6 months (October 2017-April 2108) after obtaining of institutional ethical clearance AIMS/IEC/1644/2017-18. Inclusion criteria include only in patients of Medicine and Surgery Departments; exclusion criteria include; outpatients, pregnant and lactating women, infants, neonates, and children. The consented patient’s details were collected in a well-designed data collection form. The details include patient demographic details, medical history, medication history, and diagnosis/laboratory data, and microbiological/culture sensitivity report, duration of hospitalization, drug treatment chart, progress report, and clinical outcome. The patient and caretaker were provided with verbal counseling about the proper use of antibiotics and physician were advised on the rationality of antibiotic utilization. The obtained data were subjected to descriptive statistics. 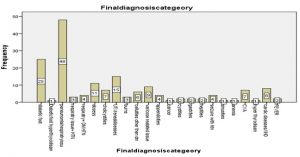 FIG. 1: DISTRIBUTION OF THE FINAL DIAGNOSIS OF THE PATIENTS

TABLE 1:  DISTRIBUTION OF THE ORGANISM ISOLATED IN THE DIFFERENT DISEASE CONDITIONS

TABLE 2: DISTRIBUTION OF THE SENSITIVITY RESPONSE OF THE ORGANISMS FOR DIFFERENT ANTIBIOTICS

TABLE 3: DISTRIBUTION OF THE CLASS OF ANTIBIOTICS UTILIZED IN THE PATIENTS

TABLE 6: DISTRIBUTION OF THE TOTAL COST OF THE DRUGS UTILIZATION IN DIFFERENT DISEASE MANAGEMENT

DISCUSSION: This study showed that most commonly found organism was E. coli followed by Klebsiella species, MRSA and Citrobacter species. There are more than 20 antibiotics used in the hospital care units among which, the most commonly used antibiotics in surgery department are Metronidazole, Amikacin, Ceftriaxone+sul-bactum, Cefoperazone + sulbactum, and Linezolid. Whereas, in the Medicine Department Ceftriaxone and Amoxiclav are the most commonly used antibiotics.  Among 167 samples the most resistant antibiotic is Amoxiclav (44.3%) followed by Ampicillin (43.1%), Cefotaxime (37.7%), Ciprofloxacin (31.1%), Amikacin (28.7%) and Ofloxacin (25.7%). As the clinical pharmacists made the recommendations are considered by the physician and the patient to get a better outcome. Hence, a daily process of medication reconciliation helps in better patient care by forming a squad of physician, pharmacist, and patient altogether.

The most sensitive antibiotic are Ceftriaxone, Colistin, Tobramycin, Imipenem. The matter of fact to be noted is that before prescribing the antibiotics culture, sensitivity test must be done to minimize the resistance and for the effective result by giving a suitable (sensitive) antibiotic for certain organisms. Hence, it reduces the burden of a physician, to guess the appropriate antibiotics for following diseases and patients. In this study the maximum number of patients was of  age group 61-70 (47) followed by 41-50 (40), 51-60(29), 71-80 (22), 31-40 (16), 21-30 (7), 81-90 (3), 91-100 (2) and 10-20 (1) which signifies the maximum number of patient get admitted age after 60, this is quite similar with the study conducted by  Ruiz  LA et al., in which 71% patient which are of the older age group are more susceptible to hospitalized; whereas, in our study 44.3% of older patients  were more susceptible to diseases 19.

In our study E. coli 53.3% was the predominant bacteria followed by Klebsiella species 20% I UTI, whereas  in the study conducted by Majumder MI, Ahmed T, Sakib N, Khan AR, and  Saha CK, and Ramanath et al., studies showed  in which most commonly isolated organism in UTI was E. coli 86% followed by Klebsiella species and Enterococcus. Both the study signifies the same result as the E. coli was the most commonly found organism in UTI case 15, 18.

In this study of antibiotic resistance pattern, Klebsiella species was found to be predominant in respiratory diseases which are compared with the study conducted by Sikka R, Hooda S, Singla P, Shamlal, Deep A, Chaudhary U, where P aeruginosa was found to be the most frequently isolated organism 14. According to our observational study, 53.3% was E. coli in UTI cases whereas, in the study conducted by Pondei K, Pondei J, Orutugu L, current microbial culture sensitivity pattern of urinary tract infection in a private hospital setting, Staphylococcus aureus 38.9 % was the most common isolates followed by E. coli 36.1%. Therefore the study in comparison to our is in contrast with each other 13. Among all the other antibiotics used Cephalosporin was the most commonly prescribed antibiotics in the hospital settings; whereas Gerardo A did the study, Seeba Z, Dixon T, the most commonly prescribed antibiotics were Aminopenicillin and third generation cephalosporin for in patients 16.

In our study among 167 patients, 120 were male, and 47 were female, which clearly defines the male is more than female. Which is compared to the study on antibiotic utilization pattern done by Soleimani M, Karamian S,  out of 180 patients 100 were male, and 70 were female which is as approx as the above. Hence, both the study have a similar matter of fact to represent male as the most susceptible to hospitalization than female 17. Among study, a total of 167 cases the sample considered was pus, urine, blood, and sputum. Among which the majority of sample collected was pus 62 (37.12%) followed by urine 15 (8.9%) and sputum 10 (5.9 %).

In compared with the study conducted by Behara B, Mathur P, on antimicrobial resistance at a tertiary trauma care center of India, AIIMS hospital New Delhi in which urine sample 27 % is the predominant one followed by pus 25%, exudates 21% and blood 17% 20.

CONCLUSION: The study suggests that the rational use of antibiotics should be given great importance for better healthcare outcome. This study also gives information about the common resistant organism in different diseases. Antibiotic culture sensitivity test helps in determining the resistance and sensitivity pattern, which further helps in providing effective treatment. The clinical pharmacist presence in the medical team will also help in the proper selection of antibiotics.

Limitation: 1: This study was conducted for a short period, i.e. 6 months; even this study can be extended. 2: The culture sensitivity test is not recommended for every necessitates patient. 3: The exact antibiotic costs cannot be estimated due to a lack of collaboration from the physicians and nursing staffs.

ACKNOWLEDGEMENT: The authors are thankful to Adichunchangiri shikshnika trust for providing this opportunity to carry out this research work. The authors also thankful to the department of general medicine, Surgery HOD and the entire team and SAC College of pharmacy for cooperating for carrying out this study.

CONFLICT OF INTEREST:  None