ABSTRACT:  Tinidazole is a synthetic antiprotozoal and antibacterial agent which is practically insoluble in water.Oral dose of tinidazole is very high (2gm) owing to its limited solubility. Present research focuses on enhancement of solubility of tinidazole using the technique of solid dispersion which is reported to be one of the simple technique for solubility enhancement using various grades of Gelucire and PEG 6000. The ratio of drug and Carrier was decided based on phase solubility study. Solid dispersions were prepared by different techniques such as physical mixture, kneading, co-precipitation and closed melting method.Compatability between drug and carrier was checked by FTIR studies. Efficiency of solid dispersions was checked by conducting saturation solubility testing in water. Multimedia dissolution was carried in different media’s such as Water, 0.1 N HCl and Phosphate Buffer after checking drug content. The formulations were found to enhanced solubility and dissolution as compared to pure drug.

INTRODUCTION: Tinidazole is a synthetic antiprotozoal and antibacterial agent which is practically insoluble in water.Oral dose of tinidazole is very high (2gm) owing to its limited solubility 1-2. Various methods are reported to enhance the solubility of a poorly soluble drugs including complexation 3-5, nanoparticles 6-8, self microemulsifying systems 9-11. Various researches have been carried out on enhancing solubility, reducing dose and side effects related to dose of tinidazole 12-15.

dispersion which is reported to be one of the simple technique for solubility enhancement.

Gelucires are a family of lipid-based excipients comprising glycerides and esters of (PEG), these two components conferring hydrophobic and hydrophilic properties to the vehicle. Each Gelucire is characterized by two numbers, the first referring to the nominal melting point of the base and the second to the HLB value. Gelucires come in a variety of grades with different melting points (from 33 ºC to 65 ºC) and HLB values (from 1 to 14). Gelucires are reported to be used in solubility enhancement of various drugs 16-19.  PEG can also be used to enhance the aqueous solubility or dissolution characteristics of poorly soluble compounds by making solid dispersions with an appropriate polyethylene glycol 20-23. Present research focuses on checking suitability of different grades of Gelucire and PEG 6000 in enhancing solubility of tinidazole.

For selection of proper drug: carrier ratio, phase solubility study was performed. An excess amount (100mg) of Tinidazole was added to the aqueous solutions with increasing concentrations of gelucire 50/13 or gelucire 44/14 or PEG-6000 (i.e.1,2,3,4 and 10% w/v). Then the flasks were maintained at room temperature for 48 hours with continuous stirring by using magnetic stirrer. The saturated solution was sonicated for 20 minutes and then centrifuged; the supernatant were filtered through a Whatman filter paper No. 1. The filtrate was suitably diluted and analyzed spectrophoto metrically at 317 nm on perkin elmer, UV–vis Spectrophotometer, Australia.

For the purpose of comparison physical mixtures of Tinidazole were prepared by mixing accurately weighed amounts of Tinidazole with gelucire 50/13, gelucire 44/14 & PEG-6000 respectively (ratio of drug: carrier was 1:1) in mortar by simple trituration. The mixture was then passed through sieve no. 60 and stored in desiccator till further use.

Solid dispersions were prepared by dissolving accurately weighed amounts of gelucire 50/13 or gelucire 44/14 or PEG-6000 in water and Tinidazole in ethanol. After complete dissolution, the aqueous solution of gelucire 50/13, gelucire & PEG-6000 were then poured into the ethanolic solution of the Tinidazole. The mixture of drug and carrier were then heated and evaporated under reduced pressure at room temperature in a dessicator. Subsequently, the solid dispersions were passed through sieve no 60 and stored in a dessicator until further evaluation.

A mixture of Tinidazole and gelucire 50/13, gelucire 44/14 & PEG-6000 were wetted with water and kneaded thoroughly for 30 minutes in a glass mortar. The paste formed was dried under vacuum for 24 hrs. Dried powder was passed through sieve no. 60 and stored in a dessicator until further evaluation.

1 gram of physical mixture was weighed in to glass ampoules (20 ml) and the glass ampoules were sealed, and then heated for 30 minutes in a water bath to prepare the solid dispersions. After slow cooling the ampoules caps were opened and collect the solid dispersions. All dispersions were pulverized with pestle and mortar, sieved through sieve no. 60 and dried in an oven at 60 ºC at least for 48 hrs. The physical mixtures and all dispersions were subsequently stored at room temperature in a screw capped glass vial until further evaluation

Drug Content: An amount equivalent to 250 mg of formulation was weighed accurately and contents were analyzed using by UV – Spectrophotometer using methanol as solvent.

Was performed by weighing solid dispersions accurately 10mg and dissolved in 2ml of different solvent media such as Water, 0.1NHCl & 6.8pH Buffer respectively. These solutions were kept then the flasks were maintained at room temperature for 48 hours with continuous starring by using horizontal shaker. The saturated solution was sonicated for 20 minutes and then centrifuged; the supernatant were filtered, diluted with water, 0.1NHCl &6.8 Buffer respectively and analyzed spectrophotometrically on Perkin, UV–vis  Spectrophotometer, Australia.

Release from the solid dispersions was determined in a calibrated 8-station USP-II apparatus (paddle method), TDT-08L Electrolab, Mumbai, India. Samples of drug, solid dispersions and physical mixture equivalent with 250 mg drug were filled in capsules and then immersed in the 900 ml of dissolution medium (Water,0.1NHCl &Phosphate buffer pH 6.8) at 100 rpm.

The samples were filtered through a whatman filter paper No. 1 and analyzed spectrophotometrically on Perkin, UV–vis Spectrophotometer, Australia. Cumulative percentages of the drug dissolved till 1 hour from the preparations were calculated.

Drug content of all formulations was found to be satisfactory in the range of 98-101%. Phase solubility study of drug with Gelucire 44/14, Gelucire 50/13 and PEG 6000 reveals an AL type relationship as shown in Figure 1. Hence the ratio of drug: hydrophilic carrier was decided to be 1:1.   Solid dispersions were prepared by different methods as shown in Table 1. Saturation solubility study was carried out for prepared dispersions in water.  Figure shows the saturation solubility Graph of tinidazole solid dispersions   prepared by different methods (Physical mixture, Closed melting, Co-precipitation & Kneading Method). 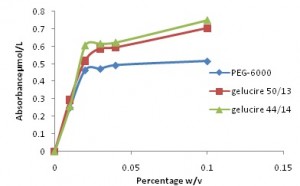 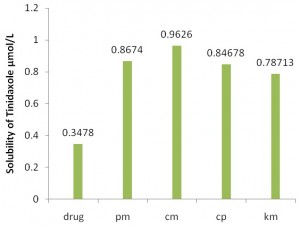 In vitro dissolution studies in different medias was carried out and results are shown in Figures 3, 4 and 5. It showed comparative in vitro release profiles of various solid dispersions, physical mixture and pure Tinidazole.

Dissolution study showed that the release rates of Tinidazole from the solid dispersions by Closed Melting Method (CM) were faster as compared with the solid dispersions by co-precipitation (CP) technique. This is because of Tinidazole was effectively transformed to amorphous. Also, the significant drug particle size reduction achieved, especially in the case of low drug loading, contributes to this improvement in dissolution rates. Hence, the present study showed the CM, and CP techniques are more efficient than, PM and KM techniques to increase the solubility/dissolution of Tinidazole. 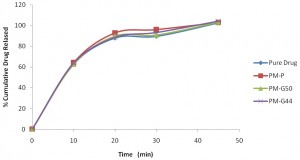 FIG. 3: COMPARISON OF DISSOLUTION PROFILE OF FORMULATION BY PHYSICAL MIXTURE IN WATER 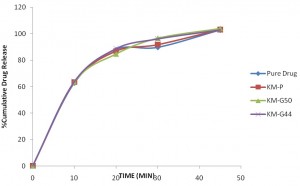 FIG. 4: COMPARISON OF DISSOLUTION PROFILE OF FORMULATION BY KNEADING METHOD IN WATER. 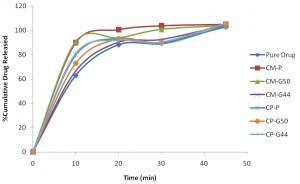 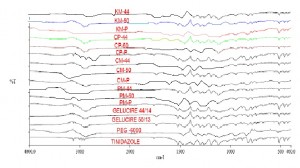 CONCLUSION:  From the above study it was concluded that,

Hence, we concluded that solubility of tinidazole can be effectively increased by Gelucire and PEG – 6000. Nature, amount of the carrier and method used played an important role in the extent of enhancement of the solubility and dissolution rate of Tinidazole.