SYNTHESIS AND CHARACTERIZATION OF [16]-MEMBERED DIOXA DIAZA NAPTHALDEHYDE BASED MACROCYCLIC LIGAND AND ITS COMPLEXES OF Co(III), Ni(II) AND Cu(II) PERCHLORATE IONS

SYNTHESIS AND CHARACTERIZATION OF [16]-MEMBERED DIOXA DIAZA NAPTHALDEHYDE BASED MACROCYCLIC LIGAND AND ITS COMPLEXES OF Co(III), Ni(II) AND Cu(II) PERCHLORATE IONS

ABSTRACT: An hitherto new unreported [16]-membered dioxadiazanapthaldehyde based macrocyclic ligand (L) 2,11-dioxa-23,30-diaza heptacyclo [30.4.0.0 4, 9.0 12, 21. 0 14, 19. 0 24, 29. 0 34, 39]-tetraconta-12, 14, 16, 18, 20, 22, 24, 26, 28, 30, 32, 34, 36, 38, 40-pentadecaene, has been synthesized by two different synthetic routes each involving two stages. 2-Hydroxy-1-Napthaldehyde in the presence of potassium carbonate was treated with α,α'-dibromo-o-xylene to yield the dial derivative(I). The dial derivative(I) was further made to undergo Schiff base condensation with 1,2-diaminobenzene to yield the bright yellow macrocycle (L) in good yield. In the second method the Schiff base condensed product Napthaloph was synthesized and allowed to undergo Williamson's condensation with α,α'-dibromo-o-xylene to yield the ligand (L). The neutral sixteen membered tetradentate dioxadiaza ligand(L) readily complexes with Co(III), Ni(II) and Cu(II) perchlorate salts in 1:1 mole ratio to yield complexes of formulae [Co(L)X2]ClO4, [Ni(L)X2], [Cu(L)X]ClO4, (X = Cl-, Br- and NO3-). The complexes were also synthesized by the metal template method. The yield of the template procedure was found to be greater than the non-template method. The ligand and the complexes were characterized by elemental analysis, electronic spectroscopy, IR, Conductivity measurements, EPR, magnetic susceptibility, 1HNMR, FAB-MS and Cyclic voltammetry studies. The [16]-membered tetradentate dioxadiaza macrocycle(L) was found to accommodate Co3+, Ni2+, and Cu2+ ions with ease due to the presence of flexible alkyl groups. Further studies with the inner-transition metal ions will be highly informative in understanding the coordinating capabilities of lanthanides and actinides

The transition metal macrocyclic complexes are active part of metaloenzyme proteins and coenzymes like haemoglophin, myoglobin 11-14. Lanthanide macrocyclic complexes involving Gd and Eu are extensively used as NMR shift reagents 15. Identification and realization of the applications of macrocyclic ligands and their transition and inner-transition metal complexes as base transfer catalystand in biological probe studies 16, 17 have opened up new avenues of exploring their potency in various other fields recently the Napthaldehyde based Schiff bases are gaining significance due to their sequestrating properties towards transition metals 18, 19. The presence of azomethine group has been reported to possess remarkable antibacterial, antifungal, anticancer and antimalarial activities 20, 21. In order to understand the involvement of azomethine groups in the above said properties, we have reported the synthesis and spectral characterization of hitherto unreported new 16-memberednapthaldehyde based dioxadiaza tetradentate macrocyclic ligand(L), and its Co(III), Ni(II) and Cu(II) perchlorate complexes.

MATERIALS AND METHODS: All the chemicals used in this study were of Analar grade. Metal salts were purchased from Merck and were used as such as received. Elemental analysis carried out on Elementarvario EL III-Germany.1H NMR spectrum was recorded used to Bruker model 4276. FT IR spectra recorded on Perkin Elmer on KBr pellets in the range of 4000 to 400cm-1. The electronic spectrum recorded on Lambda 35 in the range of 200 to 800 nm using 10-3M concentration solution in DMF. NMR spectrum was recorded using Bruker model 4276. The new dialdehyde was synthesis from 2-hydroxyl-1-napthaldehyde and α, α-dibromo-o-xylene in basic medium using potassium carbonate under reported procedure 22.

General procedure for the synthesis of metal complexes of ligand (L):

To a  refluxing solution of a ligand (10 mmol) in 20 mL of absolute alcohol was added an  equivalent mole ratio of the corresponding perchlorate salts M(ClO4) 6H2O (10 mmol) where in (M= Co, Ni, Cu). To this refluxing metal perchlorate solution of the ligand (L) was added the corresponding axial monoanionic ligand X in appropriate mole ratio, (X= Br-, Cl‑ and NO3-)on continuing the reflux for 30 minutes yielded macrocyclic complexes in good yield. The complexes of varying colour and nature were isolated from the mother liquor owing to the sparingly soluble nature. The complexes were filtered and washed repeatedly with diethyl ether and dried over anhydrous CaCl2 under vacuum condition. No further purification carried out as the micro crystalline colored complexes separated readily, in pure condition. The Scheme 3 depicted the nature of bonding exhibited by the ligand.

Synthesis and Characterization of the ligand(L):

The ligand isolated readily from the solution due to its sparingly soluble nature. The tetradentate dioxadiaza macrocyclic ligand (L), was characterized by elemental analysis, electronic spectroscopy, IR, 1H, 13C NMR, CIMS and Cyclic voltammetric studies. The elemental analysis was in good agreement with the experimental and theoretical value, which ensures the formation of the macrocyclic ligand. The presence of  aldehyde peak at 1664 cm-1 in the dial derivative(I) and the absence of the sharp υ(OH) peak at 3404 cm-1 endures the formation of the dial intermediate (I) 22, 23.The infrared spectrum of the intermediate (I) and Ligand (L) is depicted in Fig.1 and Fig.2.

Characterization of the Co(III), Ni(II) and Cu(II) complexes of the ligand (L):

The perchlorate complexes of the macrocyclic ligand (L) were synthesized both by the reaction of the preformed ligand and metal perchlorate in 1:1 mole ratio in ethanol, and by the metal template method wherein the precursors and the corresponding metal perchlorates were made to react simultaneously in one pot synthesis method. The preformed ligand and metal perchlorate yielded better results than the template procedure. The varying coloured complexes obtained were characterized using elemental analysis, molar conductance, UV-vis spectroscopy, FAB-MS magnetic susceptibility and cyclic voltammetry. The infrared spectral data of the ligand and the complexes are tabulated in Table-1. On complex formation the υ(C=N) peak which appears at 1611cm-1 in the pure ligand has been shifted towards lower frequencies which is in good agreement with the coordination of the azomethine group with the central metal ions. The occurrence of two types of υ (C-O) stretching frequencies corresponding to υ(C-O) aromatic and υ(C-O) aliphatic nature ensures the coordination of the two oxa groups with the central metal ions. The ligand is found to act as neutral dioxadiaza tetradentate ligand. The stretching due to υ(C=C) occurs within the range of 1450-1515 cm-1 in all the complexes. All the perchlorate complexes exhibit υ(ClO4) stretching pertaining to free ionic perchlorate groups around 1059-1085 cm-1 in all the complexes 26-28.The electronic spectral data reveal that all the metal ions exist in their usual oxidation states, the cobalt(III)complexes in which cobalt acquires d6 state and is expected to exhibit an single electronic transition, and it is observed so indicating that the cobalt ion is in 3+ oxidation state 29-31. 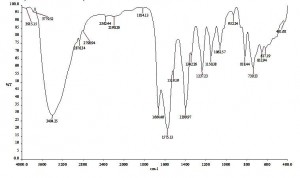 FIG.1: INFRARED SPECTRUM OF THE INTERMEDIATE (I) 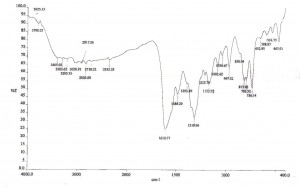 FIG.2: INFRARED SPECTRUM OF THE LIGAND(L) 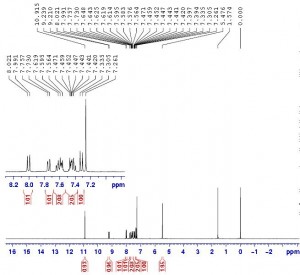 FIG.3: 1H NMR SPECTRUM OF THE INTERMEDIATE (I) 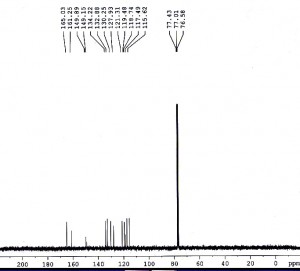 FIG. 4:13C NMR SPECTRUM OF THE INTERMEDIATE (I) 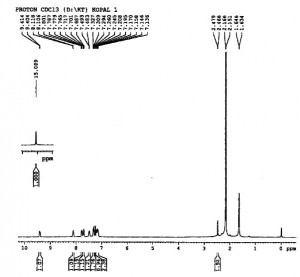 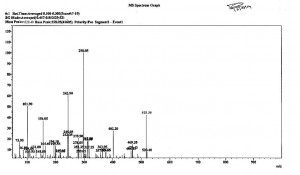 TABLE 1: INFRARED SPECTRAL DATA OF THE LIGAND (L) AND ITS TRANSITION METAL COMPLEXES

TABLE 3: ELECTRONIC SPECTRAL DATA OF THE LIGANDS AND ITS COMPLEXES:

The dioxadiaza tetradentate macrocyclic ligand, readily complexes with the transition metal ions such as Cobalt(III), Nikckel(II) and Copper (II) metal salts in ethanolic medium. The fine microcrystalline coloured complexes separated out of the reaction mixture due to its sparingly soluble nature. The complexes were characterized, without any further purification. The preformed ligand reacted with the corresponding metal salts in 1:1 mole ratio to yield complexes, the metal template method gave instant complexation but with relatively lower yields. The investigation of spectroscopic data of the metal complexes of the macrocyle revealed the formation of mononuclear complexes of molecular formula M(C41H43N2O2)X2. The electronic spectral data along with the molar conductivity studies are in the favor of octahedral geometry of Co(III) and  Ni(II) complexes and square pyramidal geometry of Cu(II) complexes. The macrocyclic cavity provided by the [16]-membered tetradentate dioxadiaza macrocycle is tunable enough with the chosen metal ions to form stable complexes. The ligand has proven a good vehicle to study the physicio chemical properties of the varying metal ions providing an identical frame work.

ACKNOWLEDGEMENTS: The authors thank UGC-DAE CSR for the financial support through the Grant CSR-KN/CRS-38/2012-13/740.