ABSTRACT: Synthesis and characterization of Co(II), Ni(II), Cu(II) and Pd(II) complexes of ligand N'-[(2Z,3E)-3-(hydroxyimino) butan-2-ylidene] benzohydrazide are reported. The ligand is monobasic and bidentate in nature. The molar conductivities reveal that all the metal complexes are non-electrolyte. The metal complexes have been characterized on the basis of spectral and magnetic studies. Co(II) ion forms brown complex Co(BBH)2 which has low spin square planar geometry. The diamagnetic nature and the spectral features of the brown Ni(BBH)2 complex suggests the square planar environment for the Ni(II) ion. Ni(BBH)2 adds on two molecules of pyridine to form a high spin six coordinate adduct. The room temperature magnetic susceptibility measurements of the pyridine adduct of Ni(BBH)2 indicates octahedral nature of the complex which is further supported by the absorption spectrum. The magnetic data in case of Cu(BBH)2 indicates presence of one unpaired electron in Cu(II) ion. The EPR spectrum of Cu(BBH)2 suggests the square planar geometry which is further supported by electronic absorption spectrum of the complex. Studies reveal square planar geometry for Pd(BBH)2 complex.

INTRODUCTION: Oximes and hydrazones belong to an important class of compounds, are studied extensively 1 - 9 and have drawn significant attention due to their remarkable biological 2 and analytical 3 properties. The presence of several coordination sites in these compounds has also developed an increasing interest in the study of their complexing abilities towards various metal ions. Recently, the compounds containing both oxime and hydrazone functional groups are under remarkable study and are expected to show interesting functional and structural properties.

MATERIAL AND METHODS: All chemicals used were of AR grade. The organic solvents used were purified by standard methods prescribed by Vogel. Volumetric glass wares were calibrated before use. An Equiptronics Conductivity-meter (EQ-665) was used for conductivity measurements, which was calibrated using 0.1M KCl solution. The magnetic susceptibility measurement of the complexes were recorded on Guoy balance with Hg[Co(SCN)4] as the standard. Molar conductivity of the metal complexes was measured using 1×10-3 M solution in nitrobenzene. The electronic absorption spectra of complexes were recorded on Equiptronics EQ-824 spectrophotometer with 1 cm quartz cell in chloroform as solvent. FTIR spectrum of ligand and its complexes were recorded in the range of 4000 - 400 cm-1 in KBr disk on Perkin Elmer instrument. PMR spectra were recorded using Bruker 300 MHz spectrometer in deuteriated DMSO solution.

Procedure: The ligand N'-[(2Z,3E)-3-(hydroxyimino) butan-2-ylidene] benzohydrazide (HBBH) was synthesized by treating Biacetyl-monoxime (7.37 g, 0.07 mol) with Benzoic Hydrazide (10.00 g, 0.07 mol) in 50 cm3 ethanol, followed by adding 4 - 5 drops of glacial acetic acid. The resulting solution was refluxed for 8 hours. Completion of reaction was confirmed by TLC. The white crystalline plates of ligand HBBH obtained were filtered, washed with water and dried in oven at 110 °C. It was recrystallized from ethanol and analyzed for C, H, and N.

Co(II), Ni(II) and Cu(II) complexes were synthesized by mixing hot ethanolic solution of ligand (0.004 mol) with aqueous solution of metal chloride (0.002 mol) followed by dropwise addition of dilute NaOH solution till complete complex formation. The complexes on precipitation were filtered through whatman filter paper no. 1, washed with water and dried in oven at 110 °C. Ni(II) complex of HBBH on dissolution in minimum quantity of hot pyridine and gradual evaporation gave the adduct Ni(BBH)2Py2. Pd(II) complex was precipitated in acidic medium. The yields obtained were 62 - 86%. The melting points of ligand and all the complexes were determined by open capillary method. The metal content of the complexes were determined by the reported methods 10. The solubility of the complexes was determined in various polar and non-polar solvents. 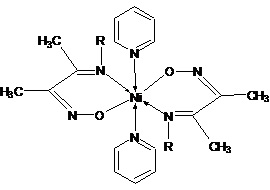 TABLE 1: PHYSICAL AND ANALYTICAL DATA OF LIGAND AND METAL COMPLEXES

The metal complexes are insoluble in water and are soluble in methanol, ethanol, chloroform, carbon tetrachloride, acetone, DMF, DMSO nitrobenzene. The elemental analysis shows the stoichiometry 1: 2 (metal: ligand) for all the metal complexes. All complexes exhibit low molar conductivities (0.39–0.85 Scm2mol−1) which indicate their non-electrolyte nature 11. The analytical data and physical properties of ligand and its metal complexes are given in Table 1.

Electronic Spectrum and Magnetic Susceptibility: The electronic absorption spectrum of the methanolic solution of the ligand HBBH in the ultra-violet region shows two high intensity bands at 43.47 kK (Ɛ = 22,619 dm3mol-1cm-1) and 32.25 kK (Ɛ = 35,952 dm3mol-1cm-1). This may be attributed to intra ligand  (allowed) transitions of azomethine environment in the molecule. In isonitrosopropiophenone and many other isonitrosoketones 1 - 2, 5 - 7, a band at similar positions and intensity, is reported to be the  transitions in the ligand 6. The ultra-violet spectrum of the ligand HBBH in dilute alkali solution (0.1N NaOH) solution reveals that the

The electronic spectra of all the metal complexes were recorded in Chloroform as solvent. The electronic spectrum of the Co(II) complex exhibits two bands at 17.85 kK and at 20.60 kK. The square planar Co(II) complexes are normally expected to exhibit transitions in these regions 12 - 15. The magnetic moment value 2.12 BM also corroborates the expected low-spin square planar geometry for Co(II) ions 15.

This band is expected to occur at 25.51 kK. However, it is not observed in the spectrum of the complex probably due to its masking by the tail end of the high intensity charge transfer band around 29.4 kK. The spectral parameters for [Ni(BBH)2] Py2 are Dq = 1.02 kK?′ = 0.869, B′/?=, ?=0.84 and ?% = 16%. Reduction of Racah parameter from 1.03 kK (free ion value) to 0.869 kK and the ?% value 19% indicate the covalent nature of the compound. The Ni(PPBH)2Py2 shows magnetic moment value of 3.12 B.M. which lies in the range of 2.8 – 3.5 B.M. and is consistent with the octahedral geometry of the complex 19. For square planar Cu(II) complexes, the expected transitions are 2A1g        2B1g and 2Eg      2B1g with the respective absorption bands 17. The square planar Cu(II) complexes are expected to exhibit a broad absorption band between 16.66 kK and 14.28 kK due to Jahn-Teller distortion. The electronic spectrum of [Cu(BBH)2] exhibits a broad band at 15.38 kK which indicates square planar geometry. The magnetic moment of Cu(II) complex is 1.81 B.M. A characteristic feature of palladium complexes is the absence of any appreciable absorption beyond 14.00 kK and it is typical for square planar d8complexes. Such complexes are expected to show at least three closely spaced d-d transition weak bands 16. However, due to the high intensity charge transfer transitions, these bands are masked. The Pd(BBH)2 shows two transitions at 28.57 kK and 22.72 kK and are attributed to charge transfer transitions.

IR Spectral Studies: The infrared spectral data of the ligand (HBBH) and its metal complexes are presented in Table 2. On the basis of the reported FTIR spectra of several isonitrosoketones and aromatic hydrazides an attempt has been made to assign some of the important bands. The spectrum shows a broad band at 3220 cm-1 and 3176 cm-1 due the presence of oximino –OH group and NH group in the ligand respectively. Assignment of these bands was based on comparisons with other Isonitrosoketones and aromatic hydrazides 1, 9.

TABLE 2: IR SPECTRAL BANDS OF THE LIGAND (HBBH) AND ITS METAL COMPLEXES (cm−1)

The broad peak observed at 3220 cm−1 in the IR spectrum of the ligand assigned to oximino (OH) group is found to have disappeared in all the complexes which indicates the deprotonation of oximino group. In all the metal complexes the carbonyl (>C=O) group is nearly in the same position which indicates its non-participation in coordination. The coordination of azomethine nitrogen is confirmed by the shift in the position of the band at 1587 cm-1 in the ligand to lower frequency in all complexes 21. The appearance of a new band in the region 460 - 490 cm-1 and 520 -560 cm-1 in all complexes is attributed to M-O bond and M-N bonds respectively. The IR spectra of all the complexes reveal that ligand HBBH behaves as a mono-negative bidentate ligand coordinating through (C=N) imine and the deprotonated oximino oxygen. This mode of chelation is expected due to the disappearance of oximino – OH group, the shift of imine (C=N) group to lower frequency and with the (C=O) stretch nearly in the same position indicates its non-participation in coordination.

PMR: The PMR spectrum of ligand HBBH in deuteriated DMSO shows two singlets at δ10.72 ppm and δ11.62 ppm which disappeared on adding D2O. This may be attributed to NH and NOH protons. The down field shift of these resonances may be related to amide-imide tautomeric form (NH-C=O)       (N=C-OH). The peaks at δ7.4 – δ7.8 ppm and 2.0 ppm may be assigned to phenyl ring protons and methyl protons respectively.The comparison of the spectra of Ni(BBH)2 and Pd(BBH)2 with that of ligand spectrum reveals that the peak for oximino proton of the ligand (δ11.62 ppm) disappeared in the PMR spectrum of both Ni(BBH)2 and Pd(BBH)2 complexes which corroborates the deprotonation of oximino proton and involvement of oximino group in coordination with metal ions.

EPR Spectrum Studies: The room temperature EPR spectrum of green Cu(BBH)2 gave poor resolution. The EPR spectrum at LNT gave better resolution to allow the calculations of various EPR parameters. EPR spectrum of Cu(BBH)2 complex was recorded at LNT in chloroform solution, on the x-band at 9.1 GHz, under the magnetic field strength 3000 G. The analysis of spectra gave g|| = 2.1928 and g⊥ = 2.0406. The trend g|| > g⊥ > 2.0023, indicates that the unpaired electron is localized in dx2−y2 orbital which is the characteristics of square planar geometry. It is reported that compounds having g|| > 2.3 are ionic in nature while those with g|| < 2.3 are covalent in character 22. For the complex under study g|| < 2.3 indicates the covalent character of the metal-ligand bond. The G value (G = 4.74) is greater than 4 which indicates that there is negligible Cu-Cu interaction 23, 24 in the Cu(II) complex.

CONCLUSION: The present study shows that the synthesized ligand (HBBH) coordinates to central metal ion through azomethine nitrogen and oximino oxygen. The synthesized ligand and its metal complexes have been confirmed by the analytical data, electronic spectra, IR, PMR, ESR spectral data, magnetic susceptibility. From the analytical data and spectral studies, we propose square geometry for the Co(II), Ni(II), Cu(II) and Pd(II) complexes and octahedral geometry for Ni(BBH)2Py2 complex.

ACKNOWLEDGEMENT: The author is grateful to the chemistry department, Konkan Gyanpeeth Karjat College (ASC), Karjat for providing the necessary facilities and its support.