INTRODUCTION: Fungus has been reported to cause serious diseases in Estuarine and fresh water fishes in Australia, Japan and throughout South Asia 1. Fungal diseases are the second most serious cause of loss in aquaculture Mayer 2. Fungal disease in Coho Salmon (Oncorhynchus kisutch) caused 50% annual mortality 3, 4. The effect of these infections on sizes in freshwater ecosystem. In India fishermen is facing serious problems with fungal diseases.

The emergence and spread of aquatic freshwater diseases are the major conservation concern 5. One of the aquatic diseases implicated in mass mortalities of cultured and wild fish in various countries is epizootic ulcerative syndrome (EUS) 6. And also called as mycotic granulomatosis, red spot disease and ulcerative mycosis. EUS is caused by the fungus-like oomycete Aphanomyces invadans and can cause significant ulceration of the skin, necrosis of muscle with extension to subjacent structures including abdominal cavity and cranium, and leading to mortality in many cases 7, 8.

Therefore diseases cause high mortality, which results in economic loss 9. The study of fungal infections in fresh water fish is of great significance as it would be helpful in knowing the diversity and life cycle of fungus. The pathogenesis of Aspergillus fumigatus and Aspergillus niger has been reported in fresh water fishes 10 - 13. The aim of present study was to assess the presence of pathogenic fungi on Channa punctatus reared in earthen lakes and research fish farms in Warangal district.

MATERIAL AND METHODS: In Warangal district of Telangana there are several fish rearing lakes where the farmers are rearing fry and fingerlings of Indian murrels. For the present study, diseased fish samples were collected from the freshwater lakes during the period i.e., 2012 - 2014. The EUS infected fishes were collected randomly from different rearing lakes of the study area. The diseased fishes exhibit clinical signs of the infections when selected. Fishes were alive when collected from the lake of Hasanparthy. Fish samples of Channa punctatus (Plate - I Fig. 1 and 2) affected with red spot disease and tail and fin rot were collected in two years both in 2012- 2013 and 2013- 2014. 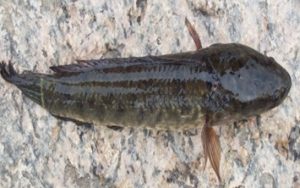 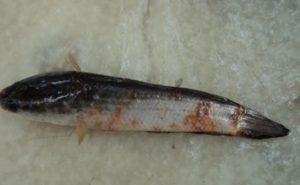 Preparation of Fungal Culture and Isolation: Small pieces were taken from the lesions (Skin, Liver, Gill and Pancreas) and cultured for the isolation of fungus. Potato Dextrose Agar (PDA); Corn Meal Agar (CMA) were used as media. The tissues were transferred in to set of Petri dishes. Petri dishes were incubated at 28 °C - 30 °C for three days in inverted form until a circular fungal mat developed, which was used for sub culture of fungus. 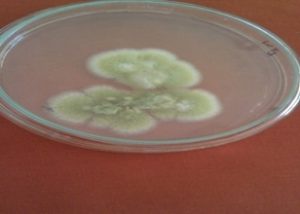 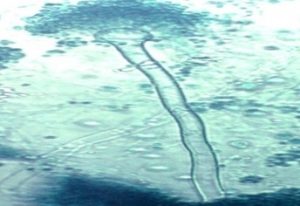 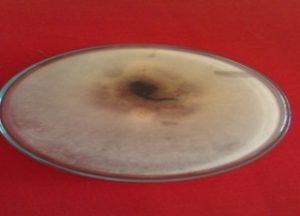 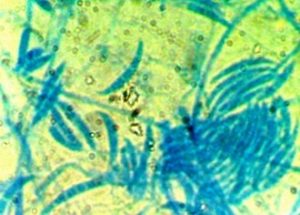 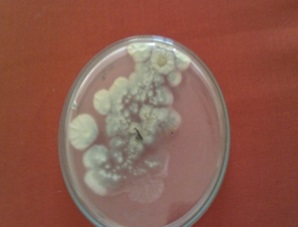 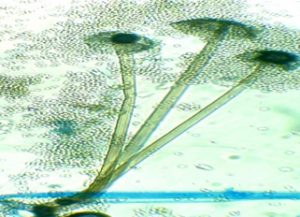 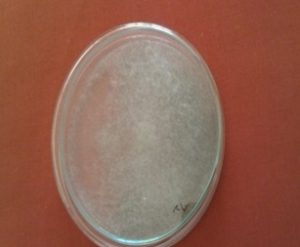 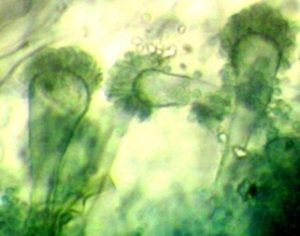 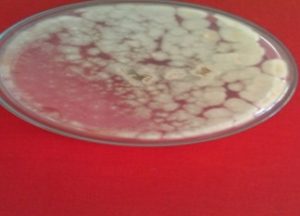 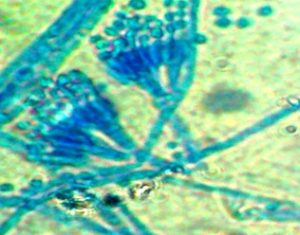 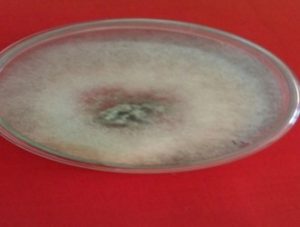 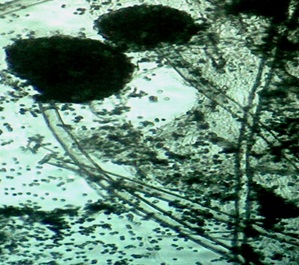 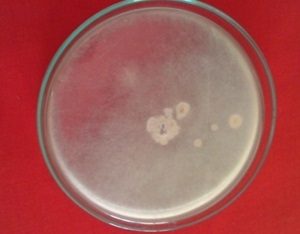 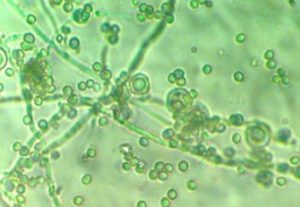 Aspergillus flavus: The infection of Aspergillus sp in the fishes was very common during the present study. Infection of A. flavus categorically was more from October to December in C. punctatus. However, these fungi were reported even up to February. It was not reported in C. punctatus between April and June.

TABLE 1: AVERAGE INCIDENCE PERCENTAGE OF INFECTION BY FUNGAL SPECIES IN CHANNA PUNCTATUS FROM HASANPARTHY LAKE DURING THE YEAR 2012 - 2014 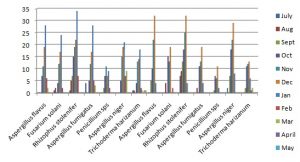 FIG. 17: AVERAGE INCIDENCE (%) OF INFECTION BY FUNGAL SPECIES IN CHANNA PUNCTATUS FROM HASANPARTHY LAKE DURING THE YEAR (2012 - 2014)

DISCUSSION: The quality of water is the first and most important limiting factor in existence of fish in any ecosystem. The fungi can spread rapidly among fish population and the fungal spores dispersed with water currents 16. The first time reported on fungal infection in fish during the mid eighteenth century 17. The fungi have wide range of infection, depending on the management of farm and environment 14, several pathogenic fungi from different species of fish 18. This was supported by field level studies with pathology based investigations in Bangladesh. Where it has been reported that the major carps are the most significantly affected farmed fish and once on outbreak in carp lakes, EUS can damage the entire crop 19.

Fish feed stored under tropical conditions is contaminated with Aspergillus flavus hence the toxins produced by the fungus may be deposited on feed pellets 20. If such contaminated feed is consumed by the fish, it may cause deleterious effects which may lead to mass mortality 21. There are some reports on fungal infections in commercial fishes 22. A. niger from common carp its eggs and environment causes to internal and external infection in fishes. Fasarium sp., Pencillium sp., Saprolegnia sp. and Mucor sp. were reported in the eggs of Aspencer percicus 23, according to 24 Pencillum sp., Aspergillus sp. and Rhizopus sp. are the normal Mycoflora present in fresh water fishes. Fungal load increases significantly during storage period of feed at high moisture levels in ground and tree nuts 25.

Fish diseases caused by the Aeromonas and Aspergillus are considered to be the major bacterial and fungal problems causing heavy mortality, reduced production and low quality of aquatic organisms. Both Aeromonas sp. and Pseudomonas sp. has been implicated in severe outbreaks among Oreochromis niloticus in fish hatcheries 26.

In the present study, red spot disease is recorded in both first and second cycles of fish rearing, during the year 2012 - 2013 and 2013 - 2014 in Hasanparthy, Lake in Warangal district, Telangana, India. The red spot disease is high during in the winter season than the summer season. Low temperature, poor nutrients and poor oxygen were also noticed in the lakes and this clearly indicates the deterioration of water quality in the lakes. The water parameters might have induced the fungal infections causing red spot disease as well as tail and fin rot in the fry and fingerlings of murrel fishes.

CONCLUSION: The present study, showed the Average incidence percentage of infection by fungal species in Channa punctatus from Hasanparthy Lake during the year 2012 - 2014. Contribution of different fungal species Aspergillus flavus, Fusarium solani, Rhizophus stolenifer, Aspergillus fumigatus, Penicillium chrysogenum, Aspergillus niger and Trichoderma viridae in different tissues of teleost fishes seems to be fluctuating owing to the potential hazard of Aspergillus sp. Aqua farmers should be educated on how to observe clinical signs of fish disease and stress and control/ preventive measures to be taken as a remedial action. Aqua farmers also need to follow good management practices.

ACKNOWLEDGMENTS: The authors would like to thank the Department of Zoology, Kakatiya University, Warangal, for providing laboratory facilities.