ABSTRACT: One of the problematic aspects of palliative-hospice care is pharmaceutical providing of the patients at specialized institutions, hospices. The relevance of the work is due to the lack of research about the medicineconsumption by patients at the hospice in Ukraine. Therefore the aim of the research 15 October, 2013was to study the range, cost, prescription frequency and the cost of patient pharmacotherapy at the hospice.The methods of content and frequency analysis and also,the integrated ABC/FMR/VED-analysis were used for the study.At the first research stagewere analyzed the clinical and basic statistical characteristics of hospice patients. At the second stage, the integrated ABC/FMR/VED analysis of prescribed drugs has been conducted. Then the definition of frequently prescribed medications and main therapeutic groups, using frequency analysis,hasbeen performed. The final step is the calculation of patients pharmacotherapy cost and the individual therapeutic medicationgroups.The analysis of clinical and statistical characteristics of hospice patients has showed that 75.6% of patients at the hospice were women and 48.9% of all diseases present were cardiovascular diseases. 139 medicinal products have beenprescribedto patients. It has been discovered that 20 (14.4%) drugs makean AFV group - the most frequentlyprescribed medications with the largest cost of consumed dose units on the base of the integrated ABC/FMR/VED-analysis. The cost of patient pharmacotherapy has been calculated and there has been found the moderate direct correlation with the time spent atthe hospice.

INTRODUCTION:Palliative and hospice care is an important part of the health protection system and social protection of citizens providinga human with the right of respectable end of life and the maximum reduction of patientsuffering from incurable diseases and limited life expectancy. In the field of palliative and hospice care,a general need of a multidisciplinary approach appears, as palliative patients and their families require comprehensive complete support1, 2, 3.

Pharmaceutical providingis an actual issue of palliative medicine, so relevance of our work is determined by the lack of basic research of the consumption of drugs at the hospice.

The aim of the survey is to study the range, cost, prescription frequency and the cost of patient pharmacotherapy at the hospice.

MATERIALS AND METHODS: The objects of the study were 90 hospital charts(HC) of patients at Lviv City Community Hospital "Hospice" (LCCHH) in 2012.

Content analysis of HC: Each of the chart has been analyzed by the following parameters: sex and age of the patients, the diagnosis, the number of dose units (DU)of prescribed drugs, the cost of pharmacotherapy (PT), the frequency of certain drugs assignment.

Integrated АВС/FMR/VED-analysis: For drugclustering per cost, per frequency of DU prescriptions and due to the formal presence in the State Drug Formulary (SDF)4, a computer program Hortor has been designed for management decisions to optimize the assortment balance of drugs conductingan automated and integrated ABC / FMR (XYZ) / VED-analysis5, 6.

The ABC analysis is one of the variants of mathematical and statistical methods used to distribute the existing amount due to the defined three classes of criteria, namely: A, B and C. Class A comprises about 20% of all items from the range with 70-80% of the cost parameter (the cost of DU). Class B comprises almost 30% of all items of drugs with around 10-20% of their value. Other items with a low cost index make up class C.

A formal VED-analysis enablesclassifying medication into two groups: Vital (V), included in SDF, and Desirable (D), not included into SDF. The group of Essential (E) drugs in this case is not identified.

Frequency analysis: The frequency estimate of eachdrug prescribed in the study population.

Calculation of the PT cost: Since drugmanufacturers and the number of DU in the package are not specifiedin HC, were used trade names of prescribed drugs, preferring national drug manufacturers and the price per pack with a number of DU, sufficient for the course of PT. During the cost calculation of the consumed DU, the lowest wholesale prices of drugs according to database "Program complex Pharmacy" have been used7.

Analysis of HC of patients: Segmentation analysis results of major clinical and statistical characteristics of hospice patients are presented in Figure 1. Three-quarters of hospice patients appeared to be women (75.6%), and the rest - men (24.4%). The range of patientage variation is from 31 to 99 years (with average age – 76 years), the range of female variation is 31-99 years (average – 77 years), men - 56-90 years old (average – 73 years). 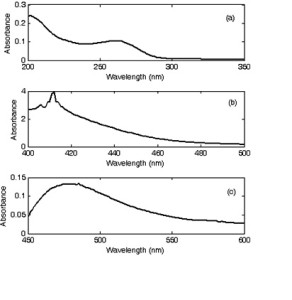 In the total hospitalized morbidity at the hospice the proportion of patients with incurable diseases of the circulatory system (I00 - I99) 8 ranked first (48.9%)during the analyzed period. Second place rating (45.6%) took patients with malignant neoplasms (C00 - C97)8, nervous system diseases (G00 - G99)8 – 5.5%, determiningthe third position.

Integrated АВС/FMR/VED-analysis of drug consumption: The next stage of the research has beenan automated and integrated ABC / FMR / VED-analysis via the computer program Hortor. It has been found that 139 international nonproprietary names (INN) of drugs were prescribed for the patients, and they refer to 11 anatomical groups of the ATCclassification system. These drugs belong to 42 therapeutic groups according to the second classification level.

According to the cost and quantitative level of consumption, drugs that comprisesegments AMV, BFV and BMV (6, 15 and 21 INN, respectively) are approaching segment AFV. The largest number of drug range (47.5 % - 66 INN of medications) belongs to the segment CRV - formulary drugs with the lowest cost and consumptionfrequency.

It has been discovered that 16 drugs or 11.5 % of 139prescribed for patients at the hospice, belong to group D (desirable), meaning they were not listed in the SDF. Also the absence of non formulary drugs in the segment ARD (high cost – low number of DU) and CFD (low cost – high number of DU) has been detected.
The cost of PT: During the final stage of the research was calculated the PT cost of certain patients, which averaged 51.92 USD, as per one bed-day – 1.36 USD. In addition, it has been found (Table 2) that the highest costs in the PT of hospice patients are associated with the following groups of drugs: N02 - Analgesics (22.0%), N05 - Psycholeptics (16.0%), M01 - Anti-inflammatory and antirheumatic products (9.3%), J01 - Antibacterials for systemic use (5.8%), N06 - Psychoanaleptics (5.5%).

DISCUSSION: This study examined the consumption of medicines, which were prescribed for hospice patients. The medical charts analysis of inpatients at LCCH "Hospice" has shown that most of them were women (75.6%), and the dominant diseases among patients (48.9%) were diseases of circulatory system (I00 - I99). An average polimorbidity index was equal 2.2, and the coefficient of polypragmasy - 15. The latter largely depends on the duration of staying at the hospice (so, during 537 days 66 drugs were prescribed tothe patient).

The frequency analysis showed that the most often administered groups of drugs to patients were the following: «N05 Psycholeptics», «C01 Cardiac therapy», «N02 Analgesics», «J01 Antibacterials for systemic use»,  «A03 Drugs for functional gastrointestinal disorders» (Figure 2).

It was found that investigated drugs have been characterized due to the particle prescription within 1.1 ... 70%. Table 3 shows, that Metamizolesodium was prescribed for 70% of patients, Diphenhydramine and Doxylamine – for two-thirds of patients, and more than one third of patients were treated with Dexamethasone, Chlorpromazine, Theophylline, Corglycone, Potassium and magnesium aspartate, Sulfocamphocain, Ketorolac, Nikethamide, Glucose and Digoxin.

TABLE 3: TOP-20 DRUGSMOST OFTEN PRESCRIBED FOR PATIENTS AT THE HOSPICE

The integrated ABC / FMR / VED-analysis has discovered that 20 (14.4%) of drugs maked a basic amount of cost (58.32%) and DU consumption (45.85%) of formulary drugs. Among them were the following items: Morphine hydrochloride, Metamizole sodium, Ketorolac, Donepezile, Gabapentin, and others. The presence of Morphine in this segment is not accidental, since this drug by the DU consumption takes 12th place, and by the cost of consumption – the first one. Also was found that 16 of drugs were non-formulary (belong to group D (desirable)).

As a result of the calculation of PT cost it has been found that the cost variation was from 0.85 to 503.27 USD, as PT per one bed-day – from 0.06 and 6.37 USD. Those indicators are, to some extent, due to the direct moderate correlation with the duration of patient staying at the hospice (correlation coefficient is 0.47). The highest expenses are associated with analgesics (22.05%) and psycholeptics (16.02%), which according to the frequency of prescribing takes third and first ranking position respectively.

CONCLUSIONS: This research shows that139 international non-proprietary names of drugs from 42 therapeutic groups of ATC classification system were used in pharmacotherapy of patients. The study of drug consumption was based on integrated ABC / FMR / VED-analysis, which is irreplaceable and useful for the management decisions in order to optimize the assortment balance of medicines.

It has been found that the highest expenses in the pharmacotherapy of hospice patients are associated with analgesics and psycholeptics, which is related to the ranking position of those groups of drugs by the frequency of prescribing.

ACKNOWLEDGMENTS:             No financial support has been used for this study. The authors declare no conflicts of interest.