ABSTRACT: Background: The irrational uses of antibiotics play a crucial role in emerging of antimicrobial resistance. So regular review of the prescribing patterns represents an effective monitoring study that enhances rational prescription of antibiotics. This study evaluated the prescribing pattern of antibiotics at Al-Rass hospital in Qassim region. Methodology: A retrospective cross-sectional study was approved by the Regional Research Ethics Committee and conducted at Al-Rass hospital. A total of 3595 emergency prescriptions and 1203 from in-patient were evaluated, and only 177 antibiotics prescriptions were included in the study. Descriptive statistics were used in the analysis of data. Results: Among 240 antibiotics prescribed in 177 prescriptions, 58.7% were for female. Antibiotics were commonly prescribed for upper respiratory tract infections (URTI) in 26.6% and lower respiratory tract infections (LRTI) in 16.4%. The most commonly prescribed antibiotic was amoxicillin/clavulanate (26.9%), and it was mostly prescribed for URTI. The second antibiotic was ceftriaxone (25.2%) with high prescription in obstetrics and LRTI. For surgical prophylaxis metronidazole was mostly prescribed (5.5%), followed by ceftriaxone (4.3%). Paracetamol was the commonly co-prescribed medication with antibiotics, and intravenous ceftriaxone was improperly prescribed with enoxaparin. Conclusion: The health system in Al Rass hospital is integrated with a clear policy regarding the rational use of antibiotics. The prescription pattern was consistent with international guides; however, minor improvements need to be addressed, and implementation of clinical pharmacists’ role will improve the quality of prescription to avoid drug interaction.

INTRODUCTION: Antibiotics have been widely used as antimicrobial agents, and they have saved the lives of many people from serious bacterial infections. They are one of the commonly prescribed drugs in hospital practices. Despite this effectiveness in treating the bacterial infections, much threatening bacterial resistance has been emerging and this is largely attributed to irrational uses of antibiotics 1, 2.

As stated in various studies conducted in developing countries, the irrational uses of antibiotics is a worldwide problem and about 75% of antibiotics are prescribed inappropriately with resultant consequences of treatment failure and emergent of antibacterial resistance 3, 4.

The level of experiences and knowledge of the health care practitioners, personal preferences and the patient's pressure are regarded as the main factors behind the inappropriate prescription of antibiotics 5. The worldwide increases in antimicrobial resistance are measured as one of the serious public health problems that represent an international health threat 6. The emergence of this threat is strongly related to the overuse and misuse of antibiotics as a result of increased frequency of self-dependent prescription and ignoring of routine susceptibility testing 7, 8. The rational use of antibiotics is achieved through the proper definition of patients’ problems and accurately defines the effective and safe medication that should be written in a legible prescription with the accurately stated drug, duration, and dosage. Beside all these; patients’ education and planning for evaluation of treatment response are the most important complementary points. Moreover, the WHO and INRUD (International Network for the Rational Use of Drugs) have applied standard drug use to improve the overall drug prescription 9.

Data Collection: The data was collected from patients’ prescriptions on the electronic system of the hospital from 12th to 26th November 2017 from both the emergency and the in-patient departments. A total of 3595 and 1203 prescriptions from the emergency and inpatients department respectively were evaluated, and only antibiotics’ prescriptions were included, and any prescription with incomplete data was excluded. A total of 177 antibiotics’ prescriptions were included in this study. The data was collected by the researchers using data collection form that was developed after extensive literature review, the data was only used for research purposes, and the researchers maintained the confidentiality of patients’ information throughout the study period.

Statistical Analysis: The data were analyzed using SPSS version 23. Descriptive statistics were used (frequency, percentage) in the analysis of data.

Demographic Characteristics of the Study Participants: A total of 177 patients’ prescriptions were investigated; the frequency of females was the highest representing 104 (58.7%). The patients were categorized into groups according to their age, and the most common age group was from 18 to 30-year-old representing 17.5% and 26% in male and female respectively Table 1.

The Types and Frequency of Antibiotics Prescribed: A total of 240 antibiotics were prescribed in the evaluated 177 prescriptions. The vast majority of patients received only one antibiotic in 70.1% followed by patients who received two antibiotics in 25.4%. The most commonly prescribed antibiotic was amoxicillin/ Clavulanate (26.9%) followed by ceftriaxone (25.2%) and metronidazole (20.9%), while meropenem, colomycin, ampicillin and gentamicin were the lowest in prescriptions Fig. 1. 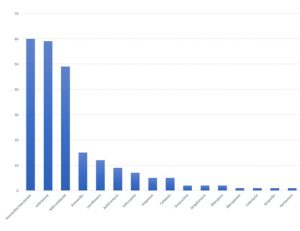 FIG. 1: THE TYPES AND FREQUENCY OF ANTIBIOTICS PRESCRIBED (N= 240)

The Antibiotic Prescribed Correlated with Indications: Amoxicillin/clavulanate was mostly prescribed for upper respiratory tract infections in 32 prescriptions (19.4%), ceftriaxone and metronidazole showed high-frequency prescription in Obstetrics and Gynecology (9.1% and 11.5%) respectively.

Both metronidazole (5.5%) and ceftriaxone (4.3%) were prescribed for surgical prophylaxis. Lower respiratory tract infections in this study were treated by ceftriaxone (7.3%), levofloxacin (4.8%), azithromycin (4.2%) and imipenem (2.4%). 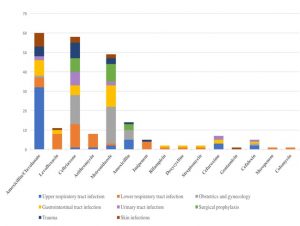 FIG. 2: DISTRIBUTION OF ANTIBIOTIC PRESCRIBED WITH THE INDICATION (N= 240)

Distribution of Prescribed Antibiotics with Co-Administered Medications: Several patients received other medications with the antibiotics, and the commonly found was paracetamol.

There were several significant differences between them, besides that 16 patients received ceftriaxone and enoxaparin.

DISCUSSION: Many studies were conducted to document the patterns of medications prescription and indicated that overprescribing, multi-drug prescribing, misuse of drugs, use of unnecessary drugs and overuse of drugs are the most common problems of irrational drug use by prescribers as well as consumers. Many efforts have been undertaken to improve drug use by evaluating the problem, looking forward to remedies if any exist.

The main aim of drug utilization research is to facilitate the rational use of drugs in populations. Monitoring antimicrobial use as well as evaluating prescribing patterns are some of the strategies recommended to contain resistance to antimicrobials in patients 11. Antimicrobial resistance substantially raises health care costs and ultimately increases patient morbidity and mortality.

In this study, the antibiotics were more prescribed for female representing 58.7%, and this finding is a lined with results of Jørund Straandin 1998; that found 61% of antibiotic prescribed was for female 12. The most commonly prescribed antibiotics were amoxicillin/Clavulanatein 18.4%, and in fact, this practice goes with findings in an international study done in Antrim Area Hospital in Northern Ireland; they found that the most frequently prescribed antibiotics were combinations of penicillins including beta‐lactamase inhibitors 13. The most common indications for amoxicillin/Clavulanate were upper respiratory tract infections that were further categorized in to common cold and rhinitis (40%), followed by tonsillitis (30%), pharyngitis (20%), sinusitis (3.3%), laryngitis (3.3%) and otitis media (3.3%). In a study conducted on the management of acute upper respiratory tract infection, concluded that the administration of antibiotics is not recommended in younger patients without underlying diseases. However, it's required for high-risk patients 14. In case of laryngitis, the antibiotic won't do any good because the cause is usually viral and in the study done on acute laryngitis found that antibiotics appear to have no benefit in treating acute laryngitis in adults 15.
Lower respiratory tract infections were treated with ceftriaxone 12(7.3%), levofloxacin 8(4.8%), azithromycin 7(4.2%) and imipenem 4(2.4%). In case of CAP (Community-Acquired Pneumonia), all patients were hospitalized in this study and patients mostly treated with imipenem 3(17.6%) followed by levofloxacin 2 (11.8%), azithromycin 1(5.9%) and colomycin 1(5.9%). There is a study which compared the imipenem and meropenem efficacy in the treatment of hospitalized CAP. It was concluded that both treatments showed the same clinical and bacteriological efficacy and tolerability in the treatment of CAP 16.

In our study, acute bronchitis was treated with ceftriaxone in 29.4%, while there is limited evidence to support the use of antibiotics for treating acute bronchitis 17. Another important clinical practice in this study was using Azithromycin with a frequency of 12% for treating community-acquired pneumonia and acute bronchitis. Increased resistance rates with macrolide antibiotics suggest careful use be limited to patients with a mild disease without risk factors for resistant bacteria 18. Additionally, we noted that there is a mismatching prescription between Ceftriaxone and lower respiratory disorders such as acute bronchitis and bronchial asthma with a frequency of 29% and 12%, respectively.

But according to clinical practice guideline for antimicrobial prophylaxis in surgery, cefazoline is recommended for women with cesarean delivery 21. Moreover, it was observed that 16 patients were treated by intravenous ceftriaxone together with enoxaparin and according to Rx List and Ultimate Prescribing Guide for Renal Practitioners, there is a potential of serious interaction as intravenous ceftriaxone increases effects of enoxaparin by added drug effects 22. This is a well-recognized drug interaction, guidelines should be strictly followed and the role and advice of clinical pharmacists should be initiated.

CONCLUSION: The health system in Al-Rass hospital is integrated with a clear policy regarding the rational use of antibiotics and their prescriptions pattern was largely consistent with international patterns. However minor improvements should be considered regarding wide uses of broad-spectrum antibiotics such as ceftriaxone; also the frequent prescription of azithromycin to the admitted patients should be addressed with consideration of care site and the risk for macrolide antibiotics. The direct implementation of clinical pharmacists’ role will further enhance proper antibiotics prescription and avoid drug interactions.

ACKNOWLEDGEMENT: We highly appreciate the help from:

CONFLICT OF INTEREST: We have no any conflict of interest to disclose