ABSTRACT: Introduction: Antioxidant properties of flavonoids may guard against oxidative damage to cells, DNA, or lipids. The ample literature about flavonoids can affirm the structural and pharmacological cherishing of this class of phytochemicals. The presence of aromatic rings in the flavonoid molecule consent the receiving and donation of electrons from free radical species, which abets to curb the free radicals. Methodology: This is a prospective observational study conducted on diabetic patient’s over-period of one year in the outpatient department of a tertiary care teaching Hospital. Red blood cells (RBC) were separated from the 20 ml of blood samples, which have been collected from the 90 subjects. The collected RBC were divided into four equal parts for which superoxide dismutase, catalase, and glutathione peroxidase activity was estimated with and without the flavonoids. The absorbance was recorded in a spectrophotometer. Results and Discussion: The results symbolize a significantly higher superoxide dismutase, catalase, and glutathione peroxidase activities for quercetin than kaempferol and chrysin. Quercetin is more effective on Superoxide dismutase followed by kaempferol and chrysin. But there were no statistically significant differences between catalase and glutathione peroxidase values obtained in the three diabetic samples. Conclusion: The present investigation revealed that all the flavonoids (quercetin, chrysin, and kaempferol) have potent antioxidant activity. The results affirmed that quercetin, kaempferol, and chrysin amplified the antioxidant activity in-vitro. It may be a possible mechanism to marsh diabetes coupled with complications.

INTRODUCTION: Flavonoids are a group of poly-phenolic complexes in human intake 1 and are found in large quantities in plants.

They are mostly water soluble and having applications in nutraceuticals. Chemically, flavonoids contain a 15-carbon skeleton condensed as C6-C3-C6 construction. This comprises the heterocyclic ring (C) and 2 phenyl rings (A & B).

The flavonoids have potential benefits to human health by possessing like antiviral, anti-inflammatory, antitumor, and also antioxidant properties 2.

Effects of Flavonoids as Anti-Oxidants: Antioxidant property of flavonoids may safeguard the cells against oxidative damage. The efficacy of flavonoids as an antioxidant agent depends upon their chemical structure. The catechol structure present in the B ring acts as a radical target site; 4-keto group which will be in conjugation with the 2, 3-double bond is for the delocalization of electrons. The poly-phenolic groups support the free radical-scavenging capacity and strongest radical absorption 2, 3. The scavengers of reactive oxygen and nitrogen species hinder the peroxidation reactions. Keeping the reduced form of glutathione, they shield macrophages from oxidative stress 4.

In-vitro oxidation of low-density lipoproteins (LDL) causes foam cells which are the major culprits in the pathogenesis of atherosclerosis; Quercetin is one of the flavonols having considerably high antioxidant properties which helps in precluding the oxidation of in-vitro LDL 5. Kaempferol is a flavonol having immense strength towards the antioxidant defense against free radicals, and to regulate numerous key elements in cellular signal transduction pathways related to angiogenesis. Kaempferol also possesses to have the knack to perform normal cell functioning, exhibiting a protective effect 6.

Role of Flavonoids in Diabetes Mellitus: Quercetin in low dose (15 mg/kg bw) is reported to control STZ-induced hyperglycemia and normalizing blood glucose level in rats 7. Quercetin can revive islets of the pancreas to secrete insulin in the STZ- damaged pancreatic model 8. It blocks the enzymatic cascade of sorbitol production and accumulation, which is essential in controlling diabetic complications like nerve, kidney, and eye damage.

Methodology: This study is conducted in the Outpatient department of a tertiary care teaching Hospital.  The protocol of the study was approved by the institutional human ethical committee (IHEC no: DRSER 0733/2). Patients of either sex age more than 18 years and Patients agreed to give the informed consent registered into the study and  Patients with pregnancy, patients with renal failure, patients with liver failure, severe comorbidity disease (diseases can cause increased oxidative levels) and Patients with prolonged infections like HIV and TB were excluded from the study.  Total of 90 subjects enrolled in the study, 20 ml of blood samples have been collected into anticoagulant tubes from the subjects.

RBC was separated from the whole blood by centrifugation at 1000 rpm for 10 min, followed by buffer wash and kept at 4 ºC till biochemical analysis. The collected red blood cells were divided into four equal samples, for estimating superoxide dismutase, catalase, and glutathione peroxidase activity. The first sample served as a negative control (without flavonoids), and the other three samples contain three flavonoids quercetin, kaempferol and chrysin, respectively.

Superoxide Dismutase (SOD) Assay: The activity of SOD determined as per Kakkar et al., RBS lysate was added to sodium pyrophosphate buffer (pH 7.0) containing phenazine methosulphate, nitro blue tetrazolium. The reaction was initiated by adding NADH. SOD inhibits nitro blue reduction. The percentage inhibition of nitro blue tetrazolium reduction is a measure of the activity of the SOD. The reaction was terminated after 1 min by adding glacial acetic acid. The absorbance was measured at 560 nm. Normal values: 5200-5500U/g Hb.

Catalase Assay: Catalase in hemolysate was assayed based on its ability to decompose H2O2 into water. The absorbance was measured at 240 nm. The diminished H2O2 concentration was recorded. Normal values: 375-425U/g Hb.

Glutathione Peroxidase Assay: Estimation of GPx activity in cytosol and hemolysate was based on the method of paglia & valentine using hydrogen peroxide, GSH, glutathione reductase and NADPH and the rate of disappearance of NADPH at 37 ○C was recorded spectrophotometrically (at 340 nm). Normal GPx level: 17.5‑19.6 U/g Hb.

Statistical Analysis: The quantified variables in the study (age, sex, superoxide dismutase, catalase, and glutathione peroxidase levels) were subjected to statistical analysis. All these values were analyzed for mean, standard deviation, and errors.

TABLE 1: PATIENTS WERE DISTRIBUTED ACCORDING TO SEX

Superoxide dismutase activity was estimated with and without flavonoids using quercetin, kaempferol, and chrysin. Superoxide dismutase activity without flavonoids sample was found to be 3802.00 ± 376.21 U/g Hb, and with Quercetin 4024.36 ± 322.06 U/g Hb which is statistically significant and the values are comparatively higher than Kaempferol and Chrysin.

In Table 3 compare the catalase activity without flavonoids and with flavonoids solutions. The values are depicted in Table 2 and Fig. 1. 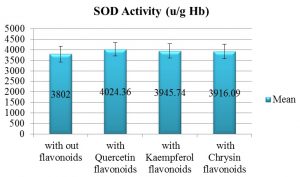 FIG. 1: SUPEROXIDE DISMUTASE ACTIVITY WITH AND WITHOUT FLAVONOIDS

TABLE 2: SUPEROXIDE DISMUTASE ACTIVITY WITH AND WITHOUT FLAVONOIDS

TABLE 3: CATALASE ACTIVITY WITH AND WITHOUT FLAVONOIDS 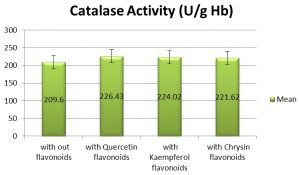 FIG. 2: CATALASE ACTIVITY WITH AND WITHOUT FLAVONOIDS

Glutathione peroxidase activity was estimated with and without flavonoids using quercetin, kaempferol, and chrysin. Glutathione peroxidize activity without flavonoids sample was found to be 11.61 ± 01.07 U/g Hb, and with quercetin 12.83 ± 00.68 U/g Hb which is statistically significant and the values are comparatively higher than kaempferol and chrysin.

The glutathione peroxidase activity with and without flavonoids was represented in Table 4 and Fig. 3.

TABLE 4: COMPARE THE GLUTATHIONE PEROXIDASE ACTIVITY WITHOUT AND WITH FLAVONOID SOLUTIONS 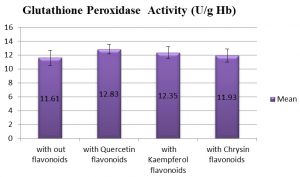 FIG. 3: COMPARE THE GLUTATHIONE PEROXIDASE ACTIVITY WITHOUT AND WITH FLAVONOID SOLUTIONS

It indicates that all the three flavonoids have an almost similar effect on catalase and glutathione peroxidize but have different efficacies on superoxide dismutase Table 5.

DISCUSSION: High intake of fruits and vegetables will help to swamp the chronic diseases like diabetes and its associated complication like micro and macrovascular diseases. The precise mechanisms involved in this process is unclear, but, the phytochemicals, especially the flavonoids, are considered to be the best dietary components which are responsible for constraining diabetes. The most effective flavonoid is quercetin, is more abundant in fruits and vegetables which quenches the free radicals and chelates the transition metals.

The results also imply that elevated enzymatic activity will be a decisive cherished in the improved protection against diabetes. This antioxidant activity may be one of the mechanisms by which they counteract the chronic disease like diabetes, coupled with its complications like hypersensitivity and neuropathic pain.

CONCLUSION: To comprehend the above results, flavonoids like quercetin, chrysin, and kaempferol have potent antioxidant properties, and they have amplified the activity of Superoxide dismutase, Catalase, and Glutathione peroxidase levels in-vitro. So, to wrap up the above results, these three flavonoids can assist in the advancements of diabetes and its complications. Further investigation is indispensable to understand the molecular aspects to avow the anti-diabetic properties of the flavonoids.