ABSTRACT: The study aimed to determine the relationship between nutritional status and nutrient intake and the incidence of anemia in adolescent girls in Kupang. It was an observational research with a cross-sectional design. The study was conducted at Kupang State Agricultural Polytechnic (KSAP) from December 2017 to January 2018. The research subjects were adolescent girls aged 16-19 years; withdrawal method was purposive sampling with a total of 57 subjects. The nutritional status was determined based on the BMI values, while the nutrient intake was calculated using a questionnaire. Hemoglobin levels were measured using a spectrophotometer. Data were descriptively analyzed. Pearson correlation test and Spearman's Rho were to determine the relationship between parameters. The results showed 12.28% of subjects with poor nutritional status were anemic, 66.66% of normal nutritional status subjects had anemia and 10.53% of overweight subjects suffered from anemia. As many as 66.7% of the subjects had severe energy intake deficits, 43.9% subject had severe carbohydrate intake deficits, 50.9% of the subjects had severe protein intake deficits, and 70.2% of the subject had severe fat intake deficits. The correlation value of iron intake and Hb levels was 0.360, meaning that the higher iron intake, the higher the Hb level. The nutritional status of young women in KSAP was significantly related to nutrient intake. The higher the intake of energy, protein, and fat, the higher the BMI value of the subject. The nutrient that is significantly related to the incidence of anemia is iron.

During adolescence, the body experiences development and changes, preparing for a future pregnancy. The low iron stores in adolescents and women at reproductive age make them susceptible to iron-deficiency (anemia) because iron intake from food alone is not enough to meet the iron requirements during pregnancy 2.

Anemia in young women can pose both long term and short term risks. In the short term, anemia can cause a delay in physical growth and sexual maturity 3. In the long-term, the impact of anemia on young women is that during pregnancy it will increase the risks for mother and baby, such as low birth weight (LBW), miscarriage, bleeding, and even death of the mother and baby 4. Anemia in adolescent girls also results in stunted motoric, mental and intellectual development, decreased learning achievement, decreased fitness level, and height 5.

Therefore, the problem of anemia in adolescents, especially young women, must be handled properly to avoid its negative impacts on young women. Handling anemia in young women is also a way of preventing stunting in future generations.

The study aimed to determine the relationship between nutritional status and nutrient intake with the incidence of anemia among young women in Kupang. The results of this study can be used as a reference in the future for handling nutritional problems such as anemia in young women.

Design, Place and Time: This study was an observational study with a cross-sectional design. It was conducted at the Kupang State Agricultural Polytechnic (PPNK) of East Nusa Tenggara (NTT) from December 2017 to January 2018.

Number and Method of Subjects’ Selection: The population in this study were all first semester students at Kupang State Agricultural Polytechnic. Subject selection was made through purposive sampling. Initial screening was done by determining the age of the subject at the time of data collection. The subjects were 10-19 years old of age according to the criteria of adolescence from the WHO (2006) 6.

The subjects in this study were first semester students at the Kupang State Polytechnic aged 16-19 years. There were 57 subjects calculated based on the Lameslow formula. The selection of subjects was determined based on the inclusion criteria as follows: 1) Girls aged 16-19 years who had menstruated and were classified as anemic (Hb level <12.0 g / l); 2) Willing to be a respondent for this study by signing an approval sheet and willing to comply with all research procedures.

Types and Methods of Data Collection: The types of data collected included age, nutrient intake, nutritional status (based on BMI values) and Hb values. The retrieval of age and nutrient intake data was carried out through interviews using questionnaires. The determination of the nutritional status was done by measuring the height using a microtoice measuring instrument, while body weight was measured using trampled digital scales with an accuracy of 0.1 kg. Hemoglobin level was measured using the Erba Chem-7 spectro-photometer type Cyanmethemoglobin method.

Processing and Analysis of Data: Descriptive statistics analyzed the data obtained, and the relationship between parameters was determined through Pearson correlation test and Spearman's rho.

Characteristics of the Subjects: Subjects in the study were 57 first semester students (female) at Kupang State Agricultural Polytechnic, aged 16-19 years. This age limit was chosen to meet the age criteria for young women. Subjects were students in three departments in the VAT, namely Animal Husbandry, Dryland Agriculture Management Department and Department of Agricultural Horticultural Technology.

Nutritional Status of the Subjects: The nutritional status is a state of balance between consumption and absorption of nutrients. It can be determined using the Body Mass Index (BMI). BMI is a simple way of monitoring the nutritional status of adults, especially those related to deficiencies and excessive body weight 7. Poor nutritional status in women causes irregular menstrual cycles and interferes with reproductive health 8.

The mean height, weight, BMI and Hb levels of the subjects in this study are shown in Table 1.

The results showed that the majority of subjects had a normal BMI of 52.6%, while 36.8% of the subjects were underweight, and 10.5% were overweight. Classification of subjects based on complete nutritional status is shown in Fig. 1. 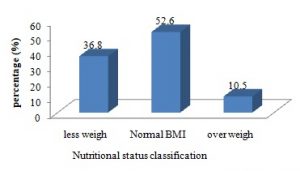 FIG. 1: DISTRIBUTION OF SUBJECTS BASED ON NUTRITIONAL STATUS

The results showed that the majority of subjects experienced mild anemia (47.4%), moderate anemia (21%), and severe anemia (7%). The distribution of subjects based on the anemia status is shown in Fig. 2.

Anemia in young women, in the short term, will have an impact on the decreased concentration of learning, disrupt growth and development, and reduce physical abilities and working activities, and negative impact on the digestive system, central nervous system, cardiovascular system, and immunity. The long-term impact of anemia on young women is that when young women later become pregnant, they are at risk of giving birth to LBW babies, prematurely, and bleeding before and during childbirth. Other impacts are young women at risk of abortion, congenital disabilities, motoric, mental development and intellectually obstructed, not achieving maximum height 5, 10.

FIG. 2: DISTRIBUTION OF SUBJECTS BASED ON ANEMIA STATUS

Nutrients Intake and Nutritional Adequacy Levels of the Subjects:

Energy: The mean energy intake of the subject was 1276.27 ± 362.30 kcal, and the average level of the subject's energy sufficiency was 65.86 ± 19.45%, including the category of the severe deficit. These results showed that most subjects experienced severe energy shortages. Even though adolescence is a period that requires more adequate nutrients including energy, considering that adolescence is a process of optimal growth and development (Soetjiningsih, 2004). Average nutrient intake and level of nutritional adequacy are shown in Table 2.

Carbohydrate: The biggest contribution of energy in the body comes from carbohydrates. In this study, the mean carbohydrate intake of the subject was 189.82 ± 57.65 grams and the average carbohydrate adequacy level of the subjects, including the moderate deficit category, was 71.59 ± 23.06%. The lack of carbohydrate consumption in adolescent women is since adolescent began to pay attention to body shape (body image) where teenagers began to reduce consumption for fear of being overweight. Energy is needed to maintain human life, support growth, and carry out physical activities. The energy that enters through food must be balanced with one's energy needs 11.

Protein: Adequate protein intake for adolescents and young adults is 48-62 g per day for women. The results showed that the average protein intake of the subjects was 38.56 ± 13.9 grams and the average level of protein sufficiency was 71.47 ± 26.18%, including the moderate deficient category. These results showed that the average subject still lacks proteins. Adolescence is the final growth period that requires optimal nutrient intake for both daily activities and optimal growth.

The protein requirements of young women in early adolescence were high, whereas in late adolescence the need for protein was low. Increased protein requirements in adolescents also occur because the growth process is fast, one of which is the growth of the reproductive organs. A well-developed reproductive organ will facilitate the menstrual cycle and will also prevent menstrual problems. One of these problems is menstrual syndrome12

Fat: Based on the Nutritional Adequacy Rate (RDA), the fat requirement in adolescence is 71 grams/person/day. The results revealed that the average fat intake of the subjects was 40.52 ± 23.24 gram. The mean level of fat adequacy was 62.11 ± 36.19% in the category of a severe deficit. This result is because almost all subjects consume more high-calorie foods such as large portions of rice and sweet interlude foods such as biscuits and chocolate jam sweet bread. The results of interviews using food recall 91.07% of respondents consumed less fat than the number of RDA, although some subjects included excessive fat intake (exceeding the RDA), around 8.93%.

WHO recommends the consumption of fat as much as 15-30% of total energy needs, considered good for health. Although only a little fat consumption is needed, fat intake should not be less than 15% of total energy needs. Less fat intake will be a clinical picture of the deficiency of essential fatty acids and fat-soluble nutrients and poor growth. Conversely, excess fat intake is at risk of excess BW, obesity, and the possibility of increased risk of cardiovascular disease in the future 13.

Iron Intake: The mean iron intake of the subjects in this study was 7.43 ± 6.73g, and the average level of iron adequacy was 28.59 ± 25.92%. Iron adequacy level for young women is 26 mg/day (Permenkes, 2013). The consumption of less iron-containing foods caused the low iron intake of the subjects in this study. Based on the results of interviews with food recall, it was seen that most subjects consumed very little iron. The dominant food source of iron absorbed by the subject was small amounts of fried tempeh. Although tempeh contains iron, the tempeh iron includes non-heme iron which has a low bioavailability compared to animal food as a source of heme iron.

FIG. 3: DISTRIBUTION OF SUBJECTS BASED ON THE LEVEL OF NUTRIENT ADEQUACY

The Relationship between Nutritional Status and Nutrition Intake with the Occurrence of Anemia in Adolescent:

The Relationship between Nutritional Status and Anemia Incidence: A factor influencing anemia is the BMI 14. This result is in line with the results of Permaesih and Herman's (2005) study, which stated that BMI conditions in the thin category tended to be anemic 15.

TABLE 3: THE CORRELATION VALUE OF NUTRITIONAL STATUS AND INCIDENCE OF ANEMIA IN YOUNG WOMEN IN KUPANG

The Relationship between Iron Intake and Incidence of Anemia: The nutrient intake that was very influential on the incidence of anemia in the subjects of this study was iron. Iron is one of the most important components in the formation of hemoglobin. The lack of iron intake in the body will cause a reduction in the ingredients of red blood cells so that red blood cells cannot perform their function in supplying oxygen, causing anemia. The results showed a positive (significant) correlation between iron intake and the Hb level of the subjects (p<0.05). The correlation value of iron intake and Hb levels was 0.360. This means that the higher the iron intake, the higher the Hb value in the blood.

About 50% of teens in Indonesia are suffering from anemia caused by a lack of intake rich in iron. Also, women's iron requirements are greater than men's iron requirements because of women of productive age, including adolescents, experience monthly menstruation. So, iron requirements in the body cannot be fulfilled properly 16. Research conducted by Sya`Bani and Sumarmi (2017) showed that there was a relationship between the level of iron adequacy (Fe) and anemia status, with iron (Fe) levels of 2.30-11.70 mg 17.

CONFLICT OF INTEREST: This research has no conflict of interest to declare.