Department of Mathematics, University of Management and Technology, Lahore, Pakistan.

ABSTRACT: Worldwide diabetic patients are very common. This paper studies spread of diabetes in human living in Lahore, Pakistan. Data is collected from two local hospitals of Lahore and TOPSIS is applied to draw the results of the study. The study points out the people who are more likely to have diabetes due to various parameters like age, weight, height, body mass index (BMI), systolic blood pressure (SBP), diastolic blood pressure (DBP), urinary creatinine, albuminuria and albumin creatinine ratio (ACR) etc.

INTRODUCTION: In recent time, classical methods are used to solve different problems which are faced in medical sciences, engineering, social sciences etc. Many theories like fuzzy set theory (FST), probability theory, rough set theory etc. are used to solve these uncertainties, but these theories have their own problems which were attensioned by Zadeh. First of all Zadeh initiated the concept of fuzzy sets (FS) by the extension of classical notion on sets 1. Nowadays FST is rapidly progressing, but in particular cases we face some limitations such as how to adjust the membership functions in this theory. Molodtsov proposed a new tool for solving the uncertainty problems which is known as soft set (SS) 2. He introduced many applications on SS such that smoothness of functions, game theory,

Operation research, Riemann integration theory of measurement and many more. In these days, mathematician play a vital role in the SS fuzzification. After fuzzification of SS a new theory was introduced which is known as fuzzy soft set (FSS) with different types and properties 3. The SS theory was reviewed by Maji et al., and they used this theory for decision making 4. They also introduced different types of SS with examples and defined some operations such as And-operation, Or-operation, union, intersection, complement etc. on SS 5.

After some time the work on SS was extended by using the definition of parameterization reduction 6 and has been used in decision making problem. Some new notions on SS are introduced by Ali et al., such as restricted union, restricted intersection, restricted difference and extended intersection with examples and properties 7. Zulqarnain M and Saeed M, proposed and proved the credibility of IVFSM in decision making and discussed its different properties 8. They also studied FSM and IVFSM and redefined the product of IVFSM.

Yeşim et al., used the fuzzy TOPSIS method to select a supplier out of three suppliers in a garment factory operating in Turkey 11. Jahanshahloo et al., extended the approach of TOPSIS method for decision making by the help of fuzzy data 12. They also introduced a new concept of normalized fuzzy numbers by the help of α-cuts and applied this proposed concept on numerical problem. We faced many problems for the selection of new car due to their specifications and we needed a selection procedure required to overcome these problems. Srikrishna S et al., worked on these problems and overcome these problems by using TOPSIS method technique 13. In 2015, S. Eraslan agreed that TOPSIS method is very appropriate to choose externally determined alternatives 14. He applied this method on SST and introduced a new decision making method on SST and used this method for decision making.

TOPSIS method used to select the best suppliers who were more suitable for buyer with high quality products at right time and right price. He calculated the weights for each supplier on the base of Analytic Hierarchy Process (AHP) and entered these weights in TOPSIS method to check the rank of each supplier 15. Hwang and Yoon discovered that alternatives can be categorized on the basis of maximum distance from NIS and minimum distance from PIS 16.

Diabetes is becoming as a huge disease in the world due to its multiple factors coming in all type of persons and in every age of humans. Diabetes is a long-lasting disease that needs ongoing medical dealing, patient self-controlling education to avoid severe problems and to decrease the danger of time-consuming problems. The patient having diabetes is multifaceted and needs to solve many matters to be addressed. A large body of sign exists that ropes a range of interferences to recover diabetes results.

These criteria of patient are planned to deliver clinicians, patients, researchers and other involved persons with the mechanisms of diabetes enduring, treatment areas, and gears to assess the quality of patient. While discrete preferences, commodities and other patient issues may need alteration of goals or marks that are wanted for maximum patients having diabetes are provided. These values are not planned to prevent more general assessment and handling of patients is required by other specialist if needed. Diabetes is a disease in which patients have high blood sugar, diabetes attacks on any person when the production level of insulin is decreased in the body or cells of body do not control the insulin level in body. Due to these problems diabetes is big problem in the world, we have to save ourselves and others by giving some attention to it. If we know that at what time diabetes attack will be extreme then in these situations we can save ourselves by taking a little care.

In this paper, we proposed new procedure to evaluate the result of diabetes patient and check that in which types of persons have more chances of diabetes by using ideal solution.

Definition: 5 (F, A) and (G, B) are called equal SS if they are subsets of each other. It can be written as

Definition: 5 (F, A) be a SS then its Compliment is  defined as

Definition: 5 (F, A) be a SS then its Relative complement defined as

Definition: 5 The restricted difference of two SS (F, A) and (G, B) is defined as

TOPSIS Method 15 Yoon (1980) and Hwang and Yoon (1981) were the first who introduce the TOPSIS to solve the problems of MCDM. The PIS maximizes whereas the NIS minimizes the disease risk. The basic assumption is that each criterion needs to be minimized or maximized. For ranking alternatives and closeness to best answer we used TOPSIS. The process of TOPSIS is based on an optimum ideal solution. By using this method we obtained maximum level by choosing the better available alternative.

The ranking of ideal solution is done in such a way that the best alternative has rank one and bad alternative has zero. For every alternative there is an intermediate ranking between the best answer extremes. Identical set of choice criteria permits correct weighting of relative disease and therefore optimum disease is alarming which needs attention.

Here are presented the steps for the TOPSIS technique.

Step 1: Establishment of Decision Matrix (DM): First step in TOPSIS is to construct the DM that is as follows

The elements R1, R2,....Rq of the DM define the criteria while A1, A2,....,AP define the alternatives. Elements of DM are related to the values of alternative l w. r. t criteria m.

Step 2: Calculation of the NDM: The NDM denotes the normalized values which represent the relative performance of the alternatives.

Step 4: Identification of the PIS and NIS: The PIS (I+) and the NIS (I-) are defined with respect to the WDM in below equations.

Step 5: Separation Distance from PIS and NIS, of Each Alternative

Step 6: RC to the Ideal Solution:

Step 7: Ranking of Preference Order: Ranking is depending on the basis of Cl, alternative have better performance which have high RC value.

In this study we comprised of 110 T2DM patients having disease for more than 10 years. The data has been collected from Diabetes Management Centre of two local hospitals of Lahore.

MATERIALS AND METHODS: There are two main types of the diabetes called type-1 and type-2. These are also known as insulin dependent and insulin independent diabetes.

In type-2 diabetes the insulin does not work properly or the body does not produce enough insulin. Patients having type-1 diabetes have to take medicine to control the sugar level in the blood. A person can have type-2 diabetes at any stage of life.

TABLE 1: ELEMENTS OF THE DM

In Fig. 1 we see the controls and patients with respect to different parameters.

Calculation for Normalized values of DM: 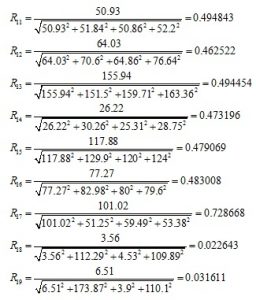 Table 2 shows the calculation of NDM.

The Fig. 2 shows the normalized values of DM with respect to their parameters.

FIG. 2: THE NORMALIZED VALUES OF DM WITH RESPECT TO THEIR PARAMETERS

Calculation for the Weighted Decision Table: 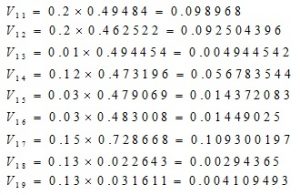 Table 3 shows the Calculation of WDM.

The Fig. 3 shows the WDM of controls and patients with respect to their parameters.

FIG. 3: THE WDM OF CONTROLS AND PATIENTS WITH RESPECT TO THEIR PARAMETERS

Calculation of PIS and NIS: The PIS (I+) and NIS (I-) defined according to the WDM and calculate separation distance by using ideal and non ideal solution of each alternative. 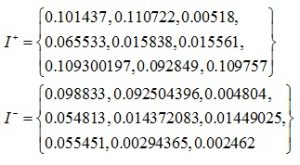 Calculation for the separation distance from PIS of each alternative is given in Table 4.

Calculate for the separation distance from NIS of each alternative is shown in Table 5.

The Fig. 4 shows the ranking of control and patients 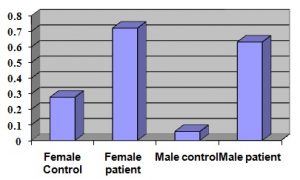 FIG. 4: RANKING OF CONTROLS AND PATIENTS

ACKNOWLEDGEMENT: The authors are very grateful to the editor and reviewers for their comments and suggestions, which are helpful in improving the paper.

CONFLICT OF INTEREST: Declared None

Department of Mathematics, University of Management and Technology, Lahore, Pakistan.