ABSTRACT: An ethno-medicinal survey was undertaken in Bharai village of Kullu district in Himachal Pradesh to collect the information on the use of medicinal plants for the various diseases rampant in the area through questionnaire and personal interviews of the traditional health healers/rural people The investigation reveals that 20 plants belonging to the 16 different families are utilized by local health healers/rural people in traditional phytotherapy. This study also reveals that many people of this region still continue to rely on traditional medicine for their primary health care. There is a little documentation of ethno-medicinal knowledge was carried out in this region. In addition, several wild medicinal plants are declining in number due to destruction and unscientific collection of plants from forests. Hence there is an urgent need for exploration and documentation of the traditional knowledge in order to conserve the local ethno-medicinal plants. Details of medicinal plants are described alphabetically with their botanical name, family, local name, part used, disease/ailment and ethno medicinal uses.

Phytotherapy promotes proper utilization and also to conserve these plant resources for further future use. As per different reports India is one of the richest biological heritages with more than 50 million tribal people under 300 tribal communities, constituting about 8% of the total population of the country 2, 22. About 15% of the total geographical area of the country is inhabited by the tribal’s 1, 6.

The tribal ethno-botanical information is significant not for the tribal people themselves, but also beneficial for the whole world. Unfortunately, these old civilizations, traditional skills and beliefs are going to be lost due to modernization, industrialization and also by discarding the traditional lifestyle by younger generation. The people of the tribal areas are the repository of accumulated experience and knowledge about traditional uses of medicinal plants. But due to modern civilization into tribal areas, knowledge about the use of traditional herbal wealth is vanishing rapidly. It is well reported by all India ethnobotanical survey by Ministry of Environment, Forests and Climate Change (MoEFCC), Government of India, that about 7500 plant species are used in traditional medicinal system by 4635 ethnic communities (Pushpangadan 2001). World community is facing challenge to inventories and records all ethnobotanical information before the traditional cultures are lost forever. 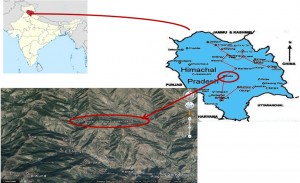 The state of Himachal Pradesh has been extensively explored floristically by various workers such as: Atkinson 1882; Hooker 1872-1897; Collett 1902, with emphasis on taxonomy. Sharma et al 2014, has documented the ethno-botanical plants Jwalamukhi with special reference to status and significance of medicinal plants. Since no documentation has been done in Bharai village, the present work is an effort to bring in light its beauty and people’s indigenous knowledge. Studies on diversity of medicinal and aromatic plants in different regions of the state have also been well known, such as: Kangra valley1, 39, Kullu 25, 98, 12, Chamba15, 27. As per earlier reports, the estimated number of higher plant species (angiosperms and gymnosperms) on this planet is 250,000 4 with a lower level at 2, 15,000 10, 11 and an upper level as high as 5, 00, 000 37, 26. Of these, only about 6% have been screened for biologic activity, and about 15% have been evaluated phytochemically 40. 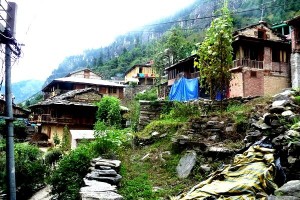 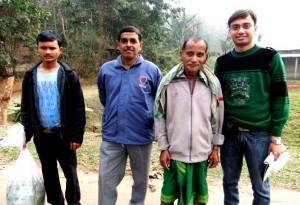 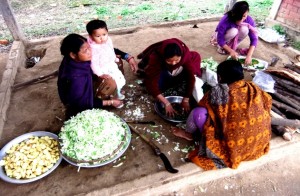 FIG.4: COOKING LOCAL DISHES BY THE FEMALE RESIDENT OF THE VILLAGE

It is a fact that the 25% of all medical prescriptions are based on substances derived from plants or plant-derived synthetic analogues 17. Himachal Pradesh a hilly state has rich plant diversity due to varying degree of agro climatic zonation. In one of the earlier report it is clearly mentioned, that about 3500 known plant species recorded in the state and about 500 are reported on the medicinal value 8. Keeping this in view, many researchers have explored time to time the indigenous knowledge of different parts of the area 30, 13, 14 and many more are still trying.

The present study is therefore, a continuation of ongoing labors to explore the traditional knowledge and cultural practices in the study area with the ultimate aim of evaluating the indigenous plant species for diversity and utilization pattern and also to protect from disappearance. As we know that ethnobotany is entirely and fundamentally a new field of research. It is highly mentioned in different research reports that if in this field plants investigated systematically and scientifically, it will yield result of great value of the archeologists, anthropologist, plant geographer, enthnobotanist, linguistics, botanists and phytochemists 21. The plants of Himachal Pradesh have been deeply studied by different researchers and scientists, such as: wild plants of Himachal Pradesh 29; some commercially important medicinal plant of the Kullu forest division 38; ethnomedicine and supplement food by Gaddis of Himachal Pradesh 6, 7 described the medicinal and the aromatic plants of Himachal Pradesh; the ethno-botanical study of the useful plants of the Kullu district in Himachal Pradesh 35.

The floristic survey was conducted throughout the study period in the study area, among the local people. The plant specimens were identified, photographed and preserved with the healers. The field data was compared with literature on medicinal plants of Himachal Pradesh; some literatures of ethno-botany have also been considered. The method, which are used to collect the data: (a). Plants were identified and photographed. (b). the information was collected from the local healers of the area. (c). Interviews were conducted during structured questionnaire prepared for traditional medicinal practitioners. (d). Plants were identified and nomenclature with the help of “Flora of British India’ 18.

Table 1: List of plants documented along with their family, habit, local name, part used and ethno medicinal use 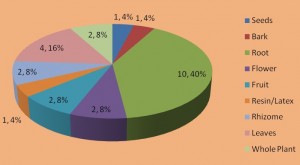 The analysis of the indigenous plants according to IUCN red list criteria revealed that out of 20 documented plants enlisted in Table 1. 3 plants [Bauhinia variegata Linn., Gloriosa superb Linn., Mentha longifolia (Linn.) Linn.] are least concern and for 17 plants there is very less data available on their population, conservation and distribution which indicated the immediate need of documentation and assessment. Interview with the local healers of the area resulted in the documentation of 11 different diseases in which 5 diseases were documented the most with different formulations. 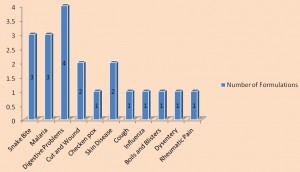 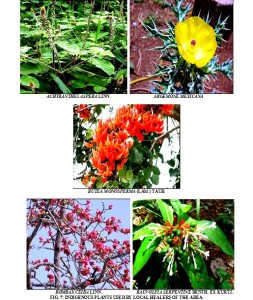 FIG. 7: INDIGENOUS PLANTS USED BY LOCAL HEALERS OF THE AREA.

CONCLUSION: The plant biodiversity, traditional knowledge and cultural practices of the rural people are facing threat due to rapid urbanization and uncontrolled grazing in the study area. Our attempts for this research work will not only provide recognition to this treasure, but also help in the conservation of these medicinal plants for further researchers worldwide. Ethno-botanical studies have a major role to play in modern drug development programs from plant resources. There is a great role of botanists in the correct identification of the medicinal plants and allowing chemists to isolate and identify active principles and pharmacologists to investigate therapeutic properties. These traditional claims should be scientifically proved by using different analytical tools for production of drugs with least side effects. The present study revealed the information of plants used to cure different disorders. These plants are arranged in alphabetical order, with their family, local name, part/parts used, habit and folk uses.

The present study includes 20 plants belonging to 16 families. The popular use of herbal remedies among the rural people of Himachal Pradesh reflects the restoration of interest in the traditional medicine. The scientific validation of these remedies may help in discovering new drugs from these plant species. The information on therapeutic uses of plants may provide a great potential for discovering new drugs and promoting awareness among the tribal people to use them as remedy in health care system with supreme accuracy and knowledge.

The present observations revealed that the local people of Kullu district of Himachal Pradesh particularly those living in remote and high altitude areas are largely dependent upon the surrounding plant resources to meet their day-to-day requirements. In addition to the above mentioned species, the local people also use many other plants. These plants form an integral form of their lifestyle and hence have always been revered.

ACKNOWLEDGEMENT: The authors of this paper would like to thank the almighty for giving this beautiful life and making us capable of taking this challenging yet elegant piece of research. We also want to place on record our heartfelt gratitude to the local healers of Bharai Village, Himachal Pradesh, India for being so cooperative and enthusiastic in sharing their knowledge and making this work a grand success. We want to extend our gratitude to the Head of the Department of University School of Environment Management, Guru Gobind Singh Indraprastha University for encouraging us towards research and supporting the aim of the work.