TWEEN 80 ALTERS THE PRODUCTION RATIO OF PHARMACEUTICALLY IMPORTANT STEROID INTERMEDIATES, 4-AD AND ADD DURING BIOTRANSFORMATION OF SOY STEROL BY MYCOBACTERIUM SP. NRRL B-3805

TWEEN 80 ALTERS THE PRODUCTION RATIO OF PHARMACEUTICALLY IMPORTANT STEROID INTERMEDIATES, 4-AD AND ADD DURING BIOTRANSFORMATION OF SOY STEROL BY MYCOBACTERIUM SP. NRRL B-3805

ABSTRACT: 4-androstene-3, 17-dione (4-AD) and androsta-1,4-diene-3,17-dione (ADD) are pharmaceutically important steroid intermediates produced by steroid biotransformation. Non-pathogenic mutants of saprophytic Mycobacterium have been used for production of 4-AD and ADD. Being an intracellular process, the substrate entry is the rate limiting step for 4-AD and ADD production. This biotransformation is also limited by hydrophobic nature of sterol substrates. Uniform dispersion of sterol substrates in aqueous biotransformation medium is desired for efficient 4-AD and ADD production. Tween 80, a non ionic detergent is a promising agent to improve dispersion of hydrophobic substrates. In this study, besides the biotransformation, effects of tween 80 on growth, aggregation, cell wall fluidity and mycolic acid contents of Mycobacterium sp. NRRL B-3805 were estimated. Presence of 20g/L tween 80 led to 380 % increase in biomass. No toxic effect on biomass accumulation was evident at any of the tested concentrations (0.31 to 20g/l). In presence of 1.24 g/L tween 80, biotransformation was shifted towards ADD, resulting in 121 % more ADD production. The ratio of 4 - AD and ADD was changed from 12:1 (control) to 5:1. In presence of 5 g/L tween 80, ~50% reduction in mycolic acid was recorded. Presence of tween 80, significantly enhanced the biomass accumulation and altered the 4 – AD and ADD accumulation ratio by Mycobacterium sp. NRRL B-3805. Decrease in cell wall mycolic acid content could be correlated with increased ADD production.

4-AD and ADD can be converted to almost all types of known steroid molecules of medical importance, including but not limited to anti-inflammatory, anti-allergic, cardio-tonic, geriatric, progestational, anabolic, immunosuppressive and contraceptive agents 1, 2, 7–10.

Mycobacterium cell wall is a complex meshwork of peptidoglycan and arabinogalactan on which huge molecules of mycolic acids are attached. This structural complexity and hydrophobicity is thought to be a great barrier for entry of substrates inside the Mycobacterium cell. Moreover, the hydrophobic nature of sterols opposes their mixing in aqueous biotransformation medium and induces aggregate formation. In order to break the sterol aggregates and to improve substrate availability, detergents have been studied by several workers 5, 13–16. Detergents are the molecules which improve the water interaction of hydrophobic substances. Detergents were theorized as part of sterol uptake system, named as flexible multicomponent mesophase 15. Low toxicity of tween 80 for Mycobacterium can be expected due to its ability to degrade tween 17.

Detergents from triton series (Triton X-100 and Triton X-114) and Tween 80 had been used to prepare β-sitosterol stock for biotransformation by Mycobacterium sp. NRRL B-3805 18.

Detergents, including tween 80, have been used to prepare microemulsion of sterols, which were found suitable for production of 4-AD and ADD from β-sitosterol 13, 19, 20. Bacteriostatic and inhibitory effect of Tween 80 (0.05 to 0.5 g/l) on growth of Mycobacterium avium, Mycobacterium intracellulare complex has been reported 21, 22.

In this study Mycobacterium sp. NRRL B-3805 was used as model organism. This mutant strain is considered as major producer of 4-AD from natural sterol, while ADD is produced in minor quantities by 1(2)-dehydrogenation of 4-AD (Fig.1).

This study is aimed to assessing effects of tween 80 on steroid biotransformation and effects on physiology of Mycobacterium sp. NRRL B-3805, when added prior to substrate addition.

Microbial Strain: Mycobacterium sp. NRRL B-3805 was procured from Northern Regional Research Laboratory, Illinois (USA). Nutrient agar slants were used for cultivation and maintenance of the strain. After 5 days incubation (32 ºC) the well grown slants were preserved at 4 ºC in a refrigerator.

Effect on Growth and Aggregation: To study the effect of tween 80 on biomass accumulation of Mycobacterium sp. NRRL B-3805, nutrient broth medium was supplemented with different concentrations of tween 80. The final volume of the medium was kept to 45 ml in 250 ml capacity Erlenmeyer flask. After sterilization, the flasks were inoculated by 10 % (5 ml) overnight grown cells of Mycobacterium sp. NRRL B-3805 in medium of same composition. Inoculated flasks were incubated at 32 ± 1 °C in gyratory shaker at 200 rpm.

The growth was estimated by measuring the optical density at 600 nm (OD600) at 1:9 dilutions in phosphate buffer saline (pH 7.2). To determine dry cell weight the whole medium was subjected to centrifugation (4000 rpm for 10 minutes at 25 ºC), supernatant was discarded and cell pellets were washed twice with phosphate buffer saline. The cell pellet was then dried in a lyophilizer and weighed using a precision balance.

Determination of biomass in presence of soy sterol (during bio-transformation), needed an additional step to remove residual sterol. To remove sterol, cell pellet was washed twice with 10 ml, methanol-chloroform (1:1, v/v) mixture, followed by centrifugation. The cell pellet was then completely dehydrated by lyophilisation and weighed.

Steroid Biotransformation: To study effect of tween 80 on AD and ADD production by Mycobacterium sp. NRRL B - 3805, the growing cells were first exposed to different concentrations of tween 80 supplemented in nutrient broth medium for 8 hours in a gyratory shaker (200 rpm) at 32 ͦ C. 0.1 gram sterilized soy sterol was then added aseptically in the form of micro suspension in distilled water. The soy sterol micro suspension was prepared by milling the sterol in water overnight in a conical flask using glass beads (300 rpm at room temperature).

For estimation of biotransformation products, 1 ml aliquot was taken from the flask and extracted by 500 µL chloroform twice. After a brief centrifugation, the chloroform layer was collected in a fresh microcentrifuge tube. The pooled chloroform extracts were allowed to evaporate at room temperature. After evaporating the chloroform completely, the extract was re-dissolved into 250 µL chloroform and used for quantitative TLC analysis 23. Bioconversion per unit biomass was determined by dividing the quantity (mg) of bioconversion product (4-AD or ADD) by biomass (g) accumulated during biotransformation.

Estimation of Cell Wall Mycolic Acids: Mycolic acids were estimated in the form of methyl esters 24 using a slightly modified method. Briefly, 100 mg lyophilized cells were digested by 5 ml esterification reagent (methanol: sulphuric acid; 4:1, v/v) in Teflon capped glass tubes. The samples were refluxed for 8 hours at 85˚C in a water bath. After cooling to room temperature, the samples were extracted three times by petroleum ether. The extracts were evaporated in nitrogen stream at 40ºC. For TLC, the evaporated samples were reconstituted by 200 µl petroleum ether. 20 µl of sample was spotted on TLC plate.

Estimation of Cell Wall Fluidity: Cell wall fluidity of Mycobacterium sp. NRRL B-3805 cells was estimated by measuring thermal transition temperature by Differential Scanning Calorimeter (DSC) (Mettler Toledo STARe System). Previously described method 25 was adopted for DSC measurements. Lyophilized, whole cells were subjected to -50 to 140 ºC melt/upward scan and the heat flux was recorded. All the experiments were carried out in triplicates. Data represented in graphs as average of three independent experiments with ± SD. Student’s t-test was applied to test significance of the results. * denotes significance of data at 95 % confidence level (p<0.05).

Enhancement in biomass accumulation was significantly correlated with tween 80 dosage (r = 0.94). No inhibitory effect was found up to 20 g/L (maximum tested concentration). Hydrophobic nature of the Mycobacterium cell envelope induces clumping, which is a frequent phenomenon in the cultures of Mycobacterium.

The OD600: biomass ratio represents the aggregation of cells. Up to 5g/L tween 80, the ratio of dry cell weight: OD600 remained more or less constant, indicating no significant effect on clumping. With further increase in the tween 80 concentration (10 and 20 g/L), ratio of cell weight: OD600 increased, indicating greater cell clumping (Table 1). Increase in cell density could be the possible reason of increase in clumping of cells at higher concentrations of tween 80.

TABLE 1: AGGREGATION OF MYCOBACTERIUM SP. NRRL B-3805 CELLS IN PRESENCE OF TWEEN 80

Enhancement in growth of Mycobacterium in presence of tween 80 can possibly be attributed to enhanced nutrient uptake due to removal of outer layer and reduced cellular aggregation. It has been reported that brief exposure (1 - 4 hours) of tween 80 leads to removal of outer layer and prevents cell clumping of Mycobacterium 26. However, it can be assumed that high cell density could nullify the anti clumping effect of tween 80. Other mechanisms like, improved oxygen transfer and utilization of oleic acid generated by tween 80 break down has been reported for Mycobacterium smegmatis 27. 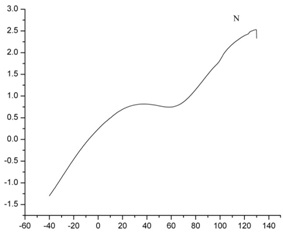 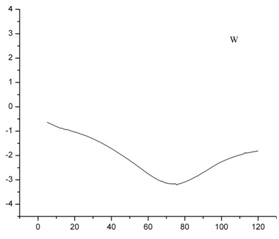 Bioconversion of Soy Sterol to 4-AD and ADD by Mycobacterium sp. NRRL B-3805 in Presence of Tween 80: Fig. 4 shows the 4-AD, ADD and biomass accumulation during bio-conversion at different concentrations of tween 80. Despite considerable enhancement in biomass, 4-AD accumulation was not significantly altered. 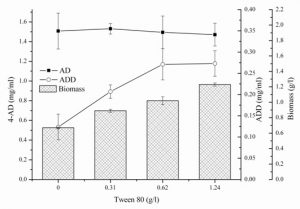 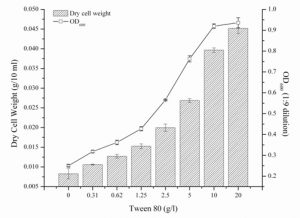 FIG. 4: BIOCONVERSION OF SOYA STEROL TO 4-AD AND ADD BY MYCOBACTERIUM SP. NRRL B-3805 IN PRESENCE OF TWEEN 80, BRAS REPRESENT THE BIOMASS ACCUMULATION DURING BIO-TRANSFORMATION

These results indicate that C-1(2)-dehydrogenation of 4-AD leading to ADD production was favoured by presence of tween 80 in incubation medium. There was a positive correlation between tween 80 and biomass during soy sterol bioconversion (r = 0.98). 32 %, 53 % and 83 % increase in dry cell weight was recorded at 0.31, 0.62 and 1.24 g/L tween 80 respectively. Presence of sterol not affected the extent of increase in biomass accumulation. Analysis of production of steroid intermediates (mg) per unit biomass (g) with increase in concentration of tween 80 concentration revealed constant decrease in efficiency towards 4-AD production. Production of 4-AD per unit biomass reduced by 23 %, 35 % and 47 % at 0.31, 0.62 and 1.24 g/l tween 80 respectively. Per gram productivity of biomass for ADD accumulation increased in presence of Tween 80 Table 2 with highest specific production recorded at 0.62 g/L of tween 80.

The important outcome of this study was the increase in ADD production, with increasing concentration of tween 80. The loss of mycolic acid and consequent enhanced permeability of the cell can be attributed to increase in ADD accumulation. The improved removal of ADD from the Mycobacterium cell reduced the cytotoxic effects of ADD.

TABLE 2: 4-AD AND ADD ACCUMULATION PER UNIT BIOMASS (MG/G) OF MYCOBACTERIUM SP. NRRL B-3805 IN PRESENCE OF TWEEN 80

The evidence from mycolic acid analysis and DSC data support this observation. Increased cell wall permeability, led to enhanced out flux of ADD turning more 4-AD into ADD. It was reported that ADD has toxic effects on respiration of Mycobacterium due to inhibition of cytochrome 2, 29, which results in suppression of sterol transformation and reduced cellular growth. In present study, ADD accumulation was enhanced with increasing concentration of Tween 80. The growth (biomass accumulation) was not suppressed even at presence of 121% more ADD, as compared with control. Despite high ADD concentration the biomass was 83% high as compared to control.

Ratio of 4-AD and ADD had been reported to be 10:1 when Mycobacterium sp. MB 3683 is used for biotransformation 30. In present study, the conversion ratio in control was ~12:1, which corresponds with the previous report. The 4-AD: ADD ratio was altered in presence of Tween 80 and declined with increase in Tween 80 concentration Table 3.

TABLE 3: 4-AD AND ADD RATIO AT DIFFERENT CONCENTRATION OF TWEEN 80

CONSLUSION: Present study concludes that presence of tween 80 in growth and bio-transformation medium increases biomass of Mycobacterium sp. NRRL B-3805. The increase in biomass cannot be translated to higher 4-AD and total ketosteroid production, while ADD production enhanced significantly. The increase in biomass and ADD production can be related to reduction in mycolic acid content. Decrease in mycolic acid content led to enhanced permeability for ADD and nutrients. Enhanced out-trafficking of ADD, shifted the bioconversion flux. However reduction in cell wall mycolate content didn’t enhanced entry of sterols.

CONFLICT OF INTEREST: No conflict of interests to disclose.