ABSTRACT: Psoriasis is a non-infectious, dry, inflammatory skin disorder. It results in patches of thick, red skin covered with silvery scales. Transdermal drug delivery is used to deliver drugs through the skin, but the skin is an effective barrier and provides resistance to drug delivery. To improve drug delivery through the skin, permeation enhancers are used. The simulation using the COMSOL software will help to treat the psoriasis skin in a non-invasive manner. The main objective is to create a psoriasis skin model that replicates skin psoriasis properties. Designing a psoriasis skin model using COMSOL Multi-physics software helps to understand the biomechanical properties of the skin when the transdermal drug and the permeation enhancer are delivered. Transepidermal water loss (TEWL or TWL) is one of the causes of psoriasis. It is the loss of water that passes from inside a body through the epidermis to the surrounding atmosphere through diffusion and evaporation processes. To reduce the Transepidermal water loss, the transdermal drug carriers like Liposomes, Niosomes, and Ethosomes are delivered inside the skin along with the drug Calcipotriol. Our results showed that the Niosomes has a better capacity to reduce the amount of water lost in the epidermis than the Ethosomes and conventional Liposomes. Accordingly, it can be put forth that the Niosomes show a lesser recovery period for the psoriasis disease. Thus, the noisome can be used as a future transdermal drug carrier for the treatment of psoriasis.

INTRODUCTION: Psoriasis is a lifelong condition that is caused by the negative signals produced by the immune system, which leads to hyper-proliferation and other inflammatory reactions on the skin.

In this case, keratinocytes, which are the outermost layer of skin, possess a shortened lifecycle and results in the alteration of the desquamation process where the cytokines will come out through lesions of affected patients and as a result, scaling marks appear on the skin.

Psoriasis causes proliferation and abnormal differentiation of keratinocytes and epidermal changes 1-5. The trans-dermal drug is accepted as a non-invasive route of drug administration. It enhances the permeability of stratum corneum 6-7. Liposomes and niosomes are transdermal drug carriers that are used for the treatment of psoriasis 8. It has been explained that psoriasis occurs because of barrier function derangement. This may be due to altered stratum corneum and defective water barrier function. Thus it has been investigated that transepidermal water loss values will be higher, and hydration values are less in psoriatic affected skin 9.

It has been proposed that there is progress in the treatment of psoriasis through novel drug delivery systems. The outermost layer of skin, called keratinocytes, possesses a shortened life cycle, and the cytokines will emerge through the lesions of affected patients, and it causes the scaling marks to appear on the skin. This condition causes psoriasis. The list of drugs used to treat the skin affected by psoriasis includes methotrexate, cyclosporin, clobetasol propionate, calcipotriol, betamethasone, tazarotene, temoporfin, tretinoin 10. Hence, the present work is to create a psoriasis skin model that replicates skin psoriasis properties. Thus the drug that can reduce the recovery time can be found, and the skin model helps to treat the skin in a non-invasive manner.

Flow Diagram: The work involves four steps, as shown in Fig. 1, and thereby, the skin response can be observed. The skin exhibits viscoelastic material properties, and as a result, the mechanical response loading involves both a viscous component associated with energy dissipation and an elastic component associated with energy storage. Skin stimulation is a technique in which a mechanical model of the human skin can be created using simulation software, COMSOL 11. 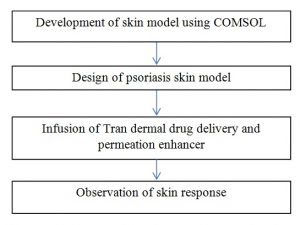 Note: the number (No.) corresponds to the numbering in the list of references; Density, Dynamic viscosity, Youngs modulus and Poisson’s ratio

Collagen: Collagen is the significant structural protein found in all living organisms. It is the most available protein in the human body. The epidermis is made with the material called collagen, and the corresponding properties are shown in Table 2

Calcipotriol: The drug calcipotriol is efficient in the treatment of psoriasis. Calcipotriol was developed along with the transdermal drug carriers. The properties of this drug are listed below in Table 3.

Note: the number (No.) corresponds to the numbering in the list of references; Density, Bulk modulus and Youngs's modulus of Collagen.

Transepidermal Water Loss (TEWL): Transepidermal water loss (TEWL or TWL) is the loss of water that passes from inside a body through the epidermis to the surrounding atmosphere via diffusion and evaporation processes.

Psoriasis is a chronic skin disease that affects an estimated 125 million population worldwide. Research has shown that the epidermal permeability barrier function varies with skin pigmentation. The barrier function is deranged in psoriasis.

When the temperature is increased from 28 degrees Celsius to 36 degrees Celsius, the loss of water occurs, which proves that the skin is prone to infection, and thereby, because of this water loss, the skin can be identified as psoriasis affected skin. The water loss through the skin when sweat glands are absent or inactivated is known as trans-epidermal water loss (TEWL).

Note: the number (No.) corresponds to the numbering in the list of references; The Elasticity, Dynamic viscosity, Youngs modulus and Poisson's ratio of Calcipotriol

Stress & Strain Characteristics for the Developed Skin Model: In the stress-strain characteristics of the skin, the strain is increased with the increase in stress. Stress-strain characteristics exhibit the toe region and the linear region. The toe region typically lies below 3% strain, a region in which specimen elongation is accompanied by very low stress. The linear region is evident beyond approximately 2 to 3% tensile strain. The slope of this linear portion of the curve has been used to define the "Young's modulus".

FIG. 1: DIFFUSION OF DRUG AND LIPOSOME ON THE EPIDERMIS

Viscosity vs. Shear Rate: The viscosity of the drug decreases, which indicates that the penetration of the drug is increased. When the penetration of the drug is increased, the skin can regain its original shape and it is shown in Fig. 2. Shear rate indicates the rate of change of velocity at which one layer of fluid passes over an adjacent layer. Viscosity is a property of the fluid which opposes the relative motion between the two surfaces of the fluid that are moving at different velocities 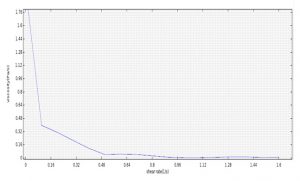 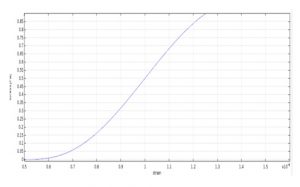 Design of Psoriasis Skin: Barrier function is deranged in psoriasis. The epidermal layer of the skin has the loss of water, and thereby it is prone to infection and gets affected by psoriasis. Thus the designed infected layer of the epidermis is shown in Fig. 4. 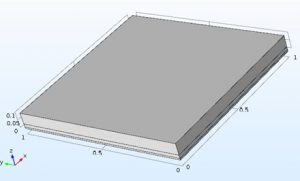 Significant differences are observed in skin hydration, TEWL because of barrier function derangement. TEWL in involved psoriatic skin is around 2.5 times than that of normal skin. Thus the designed model of skin has a loss of water, and it is affected by psoriasis. The concentration of the water at the dermal layer is given as 1000 mol/mm3. Thus due to the process of diffusion, the amount of water that is diffused inside the epidermis with its diffusivity is shown in Fig. 5.

For the normal skin, the water loss will be low. But due to the high level of water lost in the epidermis, there is a derangement of barrier function, which proves the presence of psoriasis in the epidermis. 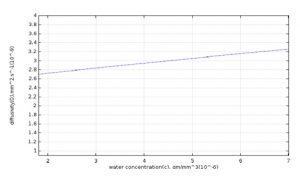 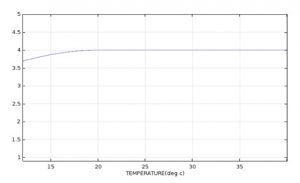 Diffusion vs. Concentration: The dermal layer of the skin has a higher concentration of water and hence the process of diffusion takes place. The level of diffusion of the water to the epidermis is shown in Fig. 5.

Design of Patch Containing Liposome on Psoriasis Affected Skin: The patch containing liposome is placed above the affected epidermal layer of the skin, and it is shown in Fig. 7. 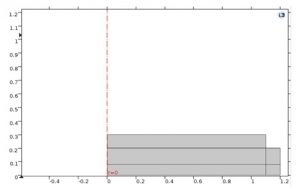 FIG. 7: TRANSDERMAL PATCH ON THE LAYERS OF THE SKIN

Concentration of Drug in the Epidermis: After placing the patch containing the drug and the enhancer, it takes 0.5s to diffuse inside the epidermal layer of the skin, and it is shown in Fig. 8. The concentration of the drug is higher in the epidermal surface, and it gets reduced when it reaches the dermal layer. Thus the derangement of barrier function can be recovered, and the loss of water is reduced. 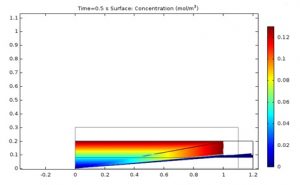 FIG. 8: DIFFUSION OF DRUG AND THE LIPOSOME INSIDE THE EPIDERMIS AND DERMIS 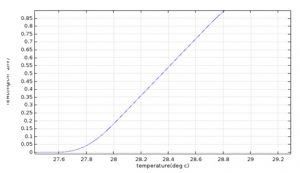 FIG. 9: TEWL vs. TEMPERATURE FOR LIPOSOME

Transepidermal Water Loss vs. Temperature for Ethosome: After the diffusion of drug calcipotriol and the enhancer ethosome inside the skin, the level of water lost reduced is less than the liposome drug but not less than the niosome, and it is shown in Fig. 10. 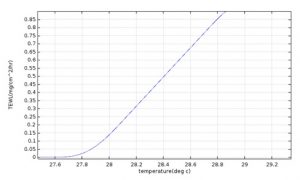 FIG. 10: TEWL vs. TEMPERATURE FOR ETHOSOME 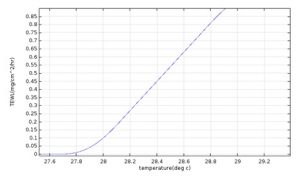 FIG. 11: TEWL vs. TEMPERATURE FOR NIOSOME

DISCUSSION: Psoriasis is a chronic skin disease that affects an estimated 125 million population worldwide. Many factors cause psoriasis, one of the factors is Transepidermal water loss (TEWL or TWL), which is the loss of water that passes from inside the body through the epidermis to the surrounding atmosphere via diffusion and evaporation processes 39. The epidermal permeability barrier function varies with skin pigmentation. Thus, Psoriasis occurs because of barrier function derangement. The skin is not a uniform sheath covering the body, but a specialized organ with several functions changing from site to site. When the temperature is increased (i.e., 28 degrees Celsius to 36 degrees Celsius), the loss of water occurs, which proves that the skin is prone to infection and thereby, because of this water loss, the skin can be identified as psoriasis affected skin 39-41.

The stratum corneum exhibits the permeability barrier for the skin. The transdermal drug delivery through skin is preferable for both local and systemic therapy. Topical treatment targets the site of disease, and henceforth it minimizes the side effects within the body. Thus our work is aimed to deliver the drug-using topical treatment. The demonstration has proven that the drug carriers may serve as a local depot for sustained release of dermal active compounds. Topical drug delivery systems can act superficially on the skin surface, locally in the dermal layer of the skin or transdermally to provide successful delivery of drug molecules to the systemic circulation avoiding the limitations of conventional routes of drug delivery 42-43. According to a study, liposomes, ethosomes, transfersomes, niosomes and catezomes act as topical drug delivery systems.

One of the major advances in vesicle research is the finding that some specially designed vesicles possessed properties that allowed them to successfully deliver drugs in a deeper layer of skin. Ethosome is one of the specially designed lipid carriers recently developed. It shows enhanced skin delivery. Ethosome is characterized by prolonging physical stability concerning liposomes. Liposomes are made of phospholipids, and niosomes are made of surfactants. Hence, niosomes have greater stability and lack many of the disadvantages associated with liposomes such as high cost, low availability and the variable purity problems associated with phospholipids. Niosomes do not require special conditions such as low temperature or an inert atmosphere during preparation and storage; these features make niosomes more attractive for industrial manufacturing 44. Niosomes have been demonstrated to be promising controlled delivery systems for the percutaneous administration of both hydrophilic and lipophilic drugs. Our results also show that noisome has a better recovery effect as compared to liposome and ethosome.

CONCLUSION: Examined together, all these observations strengthen our conclusion that noisome has a better recovery effect as compared to liposome and ethosome. Further, our results show niosomes to be promising controlled delivery systems for the percutaneous administration of both hydrophilic and lipophilic drugs. Thus, collectively our findings indicate that the niosome can be used as a transdermal drug carrier for the psoriasis. Further, different combinations of drugs with different types of enhancers can be used, find a suitable drug for psoriasis.

ACKNOWLEDGEMENT: We thank the College of Engineering, Guindy, for providing us with the required laboratory facilities.