VALIDATED SPECTROPHOTOMETRIC METHODS FOR THE DETERMINATION OF DICLOFENAC DIETYLAMINE

VALIDATED SPECTROPHOTOMETRIC METHODS FOR THE DETERMINATION OF DICLOFENAC DIETYLAMINE

ABSTRACT: Simple, sensitive and convenient spectrophotometric methods (method A and method B) are developed for the determination of diclofenac diethylamine (DDEA) in pure form and in formulations. Method A is based on the oxidation of drug by Fe(III) followed by the complex formation between reduced form of Fe(III) with 1,10-phenantroline. The resulting red colored chromogen is measured at 510 nm. Method B is based on the formation of charge transfer complex between DDEA (n-donor) and p-chloroanilic acid (π-acceptor) in 1,4-dioxane. The resulting violet colored chromogen is measured at 526 nm. Beer’s law obeyed in the concentration range of 2.00-8.00 and 20.00-120.00 µg mL-1 for the method A and B, respectively. The molar absorptivity and Sandell’s sensitivity are found to be 0.98 × 104, 1.62 × 103   L mol-1 cm-1 and  3.77 × 10-2, 2.27 × 10-2 µg cm-2 for the method A and B,  respectively.The optimum reaction conditions and other analytical parameters are evaluated. Statistical analysis proves that both the methods are reproducible and selective for the determination of DDEA in pure and in dosage form.

INTRODUCTION:  Diclofenac diethylamine (DDEA) chemically, N-ethylethanamine 2-[(2,6-dichlorophenyl)amino]benzeneacetate (Figure 1) is a powerful non-steroidal anti-inflammatory drug (NSAIDs) 1,which has been most commonly used to reduce inflammation and local pain 2 associated with muscle or joint injuries such as sprains, strains, or sports injuries.

It is used for topical application 3 and mainly used to relieve acute pain. DDEA is a prostaglandin synthetase enzyme inhibitor 4 and has many advantages such as less adverse reaction, small dose and little individual difference and so on 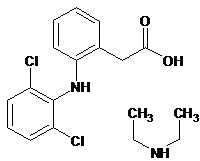 It is generally used in addition to other non-medication measures (such as getting enough rest) to relieve these discomforts. Literature survey reveals that many analytical methods are reported for determination of DDEA like HPLC 5-7 and spectrophotometry.

Reported spectrophotometric methods involve the determination of DDEA by using 1% potassium ferricyanide 8 in the presence of 0.5% NaOH and a multiwavelength computational 9.

The present procedure is advantageous over reported procedures as the reported methods are long, tedious and expensive, involving many reagents and solvents.

Apparatus: A UV-visible spectrophotometer (SHIMADZU, Model No: UV 2550) with 1 cm quartz cells was used for the absorbance measurements.

Ferric ammonium sulphate (FAS) (0.2%): The aqueous solution of FAS was prepared by dissolving 0.2 g of FAS in minimum volume of conc. sulphuric acid and diluted to 100 mL by using distilled water.

Determination of DDEA by using FAS: Aliquots containing (2.00 – 14.00 µg mL-1) of DDEA were transferred into a series of 10 mL volumetric flasks by means of micro burette. To each flask 1 mL of FAS solution and 1.mL of 1, 10-phenanthroline solution were added. The solutions were mixed and kept for 20 min on a water bath at 70°C±1 °C. Resulting solutions were cooled to room temperature and then diluted to 10 mL with 0.1 M H2SO4. The absorbance of orange red colored complex was measured at 510 nm against the blank by UV-visible spectrophotometer. The amount of DDEA present in the sample was computed from its calibration curve.

Determination of DDEA by using CAA: Aliquots containing (20.00 – 160.00 µg mL-1) of DDEA were transferred into a series of 10 mL volumetric flasks by means of micro burette. To each flask 2 mL of CAA was added. The solution was kept aside for few minutes and the diluted to 10 mL with 1,4-dioxane. The absorbance was measured at 526 nm against the blank. The amount of DDEA present in sample solution was computed from its calibration curve. Alternatively, the corresponding regression equation was derived.

Assay of Formulation: A gel containing 348 mg of DDEA Voveran® Emulgel® was dissolved in 100 mL ethanol 10. The above solution was filtered using Whatman No. 1 filter paper. The stock solution was diluted approximately to get final concentration of 116 µg mL-1. A convenient aliquot was then subjected to the analysis using the proposed methods.

Method A: Iron(III) salts play a prominent role in the spectrophotometric determination of pharmaceutical drugs 11. In this method ammonium iron(III) sulphate acting as an oxidant where iron(III) get reduced to iron(II) and this amount is corresponds to the drug concentration. The amount of iron(II) can be determined by using 1,10-phenanthroline through the formation of  ferroin complex (Scheme 1) which measured  at 510 nm (Figure 2).

SCHEME 1: REACTION OF DDEA WITH Fe(III) FOLLOWED BY THE REACTION OF Fe(II) WITH 1, 10-PHENANTROLINE 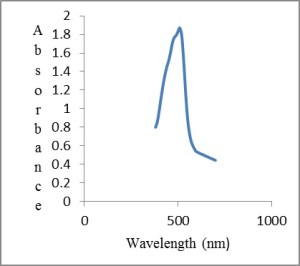 FIGURE 2:  ABSORPTION SPECTRUM OF METHOD A

Method B: CAA has been used for the spectrophotometric determination of drugs containing n-electron donors such as nitrogen and oxygen 12. In this method, the amino group in DDEA serves as n-electron donors and is responsible for the formation of charge transfer complexes with CAA as π-electron acceptor (Scheme 2). CAA in 1, 4-dioxane forms complex with DDEA to form purple colored complex which exhibits absorption maxima at 526 nm (Figure 3). The complex formed is stable for 5 hours. 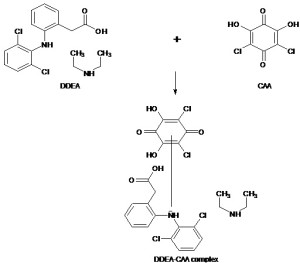 SCHEME 2: REACTION OF DDEA WITH CAA 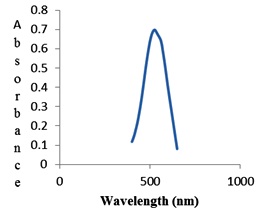 FIGURE 3: ABSORPTION SPECTRUM OF METHOD B

Analytical performance of developed methods: The methods are tested for linearity, specificity, precision and reproducibility. The calibration graph for the determination of the drug DDEA by the proposed methods are constructed by plotting the absorbance versus concentration (Figure 4 and Figure 5).The linear relationship is obtained over the concentration range given in Table 1. The validity of molar absorptivity and Sandell's sensitivity indicates the high sensitivity of the methods. The high value of correlation coefficient (r) obtained for the proposed methods indicate the excellent linearity for the determination of DDEA drug. 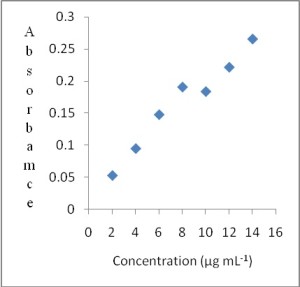 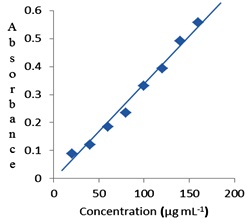 FIGURE 5: BEER´S LAW PLOT OF DDEA FOR METHOD A & METHOD B

TABLE 1: SPECTRAL AND STATISTICAL DATA FOR THE DETERMINATION OF DDEA

* Limit of detection calculated according to ICH guidelines. ** Y is the absorbance and X concentration in µg mL-1

TABLE 2: EVALUATION OF ACCURACY AND PRECISION

The specificity of the methods are investigated by observing that no interference by excipients are encountered which often associated with pharmaceutical preparation.  The effect of the presence of some common excipients (starch, lactose, ascorbic acid, citric acid and sodium carbonate) have been studied and optimized.

Applications: Developed methods are quite simple and easy to perform. Therefore it can be successfully applicable for the determination DDEA in dosage form. The content of the pharmaceutical formulation is calculated by applying suitable dilution factor. The results for the pharmaceutical formulation are compared statistically with those of the tabulated t value at 95 % confidence level. The high percentage recovery observed with assay sample in pharmaceutical dosage forms, which indicates that the proposed methods are not affected by interferences from excipients used in formulations (Table 3).

TABLE 3: RESULT OF ASSAY OF FORMULATION BY THE PROPOSED METHOD

CONCLUSION: The proposed methods are simple, accurate and can be satisfactorily applied to the analysis of DDEA in bulk and pharmaceutical formulations. The methods are easy to perform and do not contain any intermissive experimental variables, which effect the reliability of the results. There is no interference from common additives and excipients.

ACKNOWLEDGMENTS: The authors are thankful to CAD Pharma Inc. Bangalore, India for providing the drug sample. BN thanks the UGC for financial assistance through SAP and BSR one time grant for the purchase of chemicals. Divya Kumble thanks DST-PURSE Project for financial support.