Clinicians have prescribed calcium-channel blockers to treat hypertension and angina and to manage cardiac arrhythmias 3. Among these blockers is Verapamil (Fig.1), a drug belonging to the class of phenylalkylamines, which has been used in the therapy of some chronic conditions. This drug operates by selectively inhibiting Ca2+ influx through L-type calcium channels 4.

Previous studies, based in molecular models, have suggested that, for verapamil to act, its relatively compact structure has to accommodate in the presence of calcium ion. Non-bonded interactions between the two dimethoxy aryl rings located on opposite ends of verapamil stabilize this drug in what is believed to be the most stable conformation of its isolated form 4-7. Such conformational change may induce a different biological behavior and could be useful to describe the mechanism of action of this drug.

Although literature works have described that calcium and verapamil interact in aqueous medium 8, it is possible to observe calcium release in the presence of other metal ions. Therefore, describing the biological mechanism through which verapamil operates is complicated: several different reactions may occur between this drug and other metal centers. The use of a transition metal ion could help to overcome this difficulty and allow for better interpretation of verapamil conformational change during the ion calcium interaction, contributing with knowledge in the area of bioinorganic chemistry 9-12.

Therefore, the present study aimed to evaluate how Ca2+ interacts with the [RuIICl2(tpy)(vera)] complex (where vera is verapamil, and tpy is 2,2′:6′,2′′-terpyridine) (Fig.2). The highly stable interaction between ruthenium (II) and unsaturated ligands (terpyridine ligand) motivated this investigation13-16 —this interaction restricts the spatial structure of verapamil when its coordinated to the metal ion center. This could be an important step toward a better description of the biological mechanism through which phenylalkylamine drugs function.

To evaluate the potential effects of [RuIICl2(tpy)(vera)], we studied the rat aorta relaxation induced by the new complex and measured the cytosolic calcium concentration in VSMC as imaged by fluorescence microscopy. 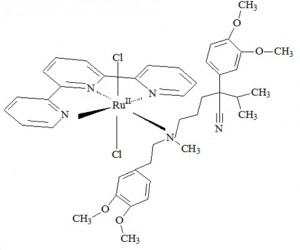 FIG. 2: CHEMICAL STRUCTURE FOR [RuIICl2(tpy)(vera)] COMPLEX PROPOSED IN THIS WORK.

The sample was infused at a flow rate of 100 mL h-1, using methanol/water (20:80, v/v) as solvent. The MS calibration was carried out with the aid of a Na–TFA (10 mg mL-1) solution. All the NMR experiments were recorded at 27 °C, on a Varian Inova 500 spectrometer 11.7 Tesla (13C at 125 MHz) equipped with a 5-mm direct detection probe from Cambridge Isotope Laboratories Inc. (USA), CDCl3 (99.9%) was used as solvent. In vitro cell images were acquired under an Eclipse Ti fluorescent microscopy (Nikon). X-ray powder diffraction (XRD) experiment, a Shimadzu, model XRD-6000 diffractometer with cobalt tube (CoKα), operating voltage at 40.0 kV and 30.0 mA current was employed.

Dissociation constants (Kd) FLUO 3AM-Ca2+ (27 nmol L-1) in the presence of verapamil (80 mmol L-1) and of the [RuIICl2(tpy)(vera)] complex (80 mmol L-1) were obtained by a linear regression fit of the fluorescence intensity (I0-I)/I0 vs the concentration of the added calcium ion ([Ca2+)], according to the following equation (1):

where I0 and I0-I are the emission intensity of FLUO 3AM at a selected wavelength, in the absence and in the presence of the compounds, respectively.

RuCl3.3H2O; 2,2´:6´,2”-terpyridine; and FLUO 3AM were purchased as high purity reagents from Sigma Aldrich Chemicals (Brazil) and were used as supplied. All the preparations and measurements were carried out under argon atmosphere, protected from light.

Methanol, ethanol, chloroform and dichloromethane were stored over molecular sieves. Other chemicals were of reagent grade and were used without further purification. Column chromatography was performed with basic aluminum oxide (Sigma Aldrich-Brazil).

Verapamil was obtained from a local market formulation containing 240 mg of verapamil hydrochloride as coated tablets from SandozÒ (Santana Pharmacy, Salvador-BA). First, the pill was ground in a mortar, and the resulting powder was sonicated in 10 mL of CHCl3, for 15 minute.After that, the suspension was centrifuged at 3000 rpm for 20 minute, to separate the liquid from the solid. The yellow chloroform extract was dried under vacuum, to give a solid. 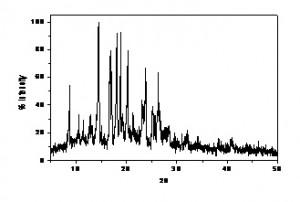 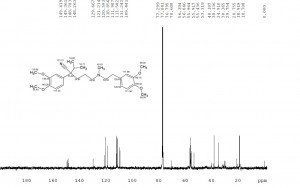 Synthesis of the ruthenium complexes:

The thoracic aorta was quickly removed, dissected free, and cut into 4-mm-long rings. Next, the relaxation induced by these compounds in endothelium-intact (E+) and endothelium-denuded (E-) arteries was investigated. In the latter case, the endothelium was mechanically removed. The aortic rings were placed between two stainless-steel stirrups and connected to an isometric force transducer (Letica Scientific Instruments), to measure tension in the vessels. The rings were placed in a 10 mL organ chamber containing Krebs solution with the following composition (mol L-1 x 103): NaCl 130, KCl 4.7, KH2PO4 1.2, MgSO4 1.2, NaHCO3 14.9, glucose 5.5, and CaCl2 1.6. The solution was maintained at pH 7.4 and 37 0C, gassed with 95% O2 and 5% CO2.

The rings were initially stretched to a basal tension of 1.5 g (previously determined by length–tension relationship experiments), before allowing them to equilibrate for 60 minute in the bath, which was changed every 15–20 minute. Endothelial integrity was qualitatively assessed on the basis of the degree of relaxation elicited by acetylcholine (ACh, 1 x 10-6 mol L-1) in the presence of contractile tone induced by phenylephrine (1 x 10-7 mol L-1)20. The efficacy (Emax) and potency (pD2) of [RuIICl2(tpy)(vera)] and verapamil in inducing vascular relaxation was examined.

VSMC (A7R5) was obtained from the Rio de Janeiro Cell Bank (BCRJ/UFRJ). Cells were seeded in a Petri dish with a 1 cm diameter laminated hole containing DMEM, 10% fetal bovine serum, and 5% penicillin. The cells were then cultured in a humidified incubator at 37 oC for 24 h, under 5% CO2.

RESULTS AND DISCUSSION: Verapamil hydrochloride is a chiral drug that is commercially available as a racemic mixture, usually termed racemate 18. HPLC analysis confirmed the purity of extracted verapamil where the retention time was 2.94 minutes (Fig. 5, see experimental section for HPLC conditions), and the spectrum recorded for this peak presented the typical ultraviolet bands (at 225 and 277 nm) of this drug17, 21.

Next, we synthesized the [RuIICl2(tpy)(vera)] complex from [RuIII(tpy)Cl3], by substituting one chloride in the ruthenium coordination sphere with verapamil, followed by ruthenium(III)  reduction with triethylamine. Substitution of a chloride of [RuIII(tpy)Cl3] by an incoming ligand (along with ruthenium(III) reduction) resulted in formation of trans-[RuII(tpy)LCl2] complexes, like previously synthesized when L= CH3CN, CH3CH2CN and pyridine 14. In this proposed, we infer that the chloride ligands in the [RuIICl2(tpy)(vera)] complex are in trans position.

The IR spectrum of [RuIICl2(tpy)(vera)] in KBr pellet displayed the band corresponding to nitrile stretching at 2241 cm-1 (Fig. 6), resembling the band relative to CºN vibration in the IR spectrum of free verapamil (2235 cm-1) 18. 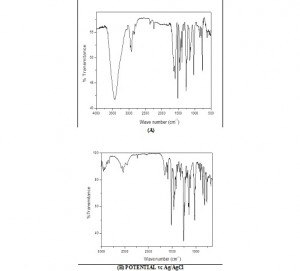 FIG. 6: INFRARED SPECTRUM FOR [RuIICl2(tpy)(vera)] COMPLEX (A) AND VERAPAMIL EXTRACT (B) IN KBr PELLET. 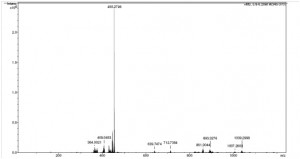 The spectroscopic behavior of ruthenium (II) terpyridine complexes containing a nitrile ligand is usually discussed in texts about spectroscopic transitions, including the ligand centered and metal-ligand charge transfer bands. The UV-vis. spectrum of [RuIICl2(tpy)(vera)] in dichloromethane (Fig. 8) displayed bands similar to those detected for trans-[RuCl2(tpy)(CH3CN)] and trans-[RuCl2(tpy)(CH3CH2CN)]14. 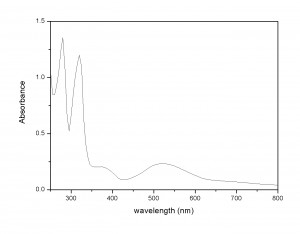 The bands in the UV region were attributed to the intraligand (IL) p®p* transition centered mainly on the terpyridine and verapamil ligands. In the visible region, bands at 380 and 520 nm emerged, characterized as singlet metal-to-ligand charge transfer (1MLCT) transitions from the ruthenium t2g state to the p* orbital on the terpyridine ligand (Table 1). Both verapamil and [RuIICl2(tpy)(vera)] exhibited fluorescence emission under UV excitation only (Table 1).

TABLE 1: ELECTRONIC DATE AND REDOX POTENTIAL FOR VERAPAMIL AND [RuIICl2(tpy)(vera)] COMPLEX IN CH2Cl2 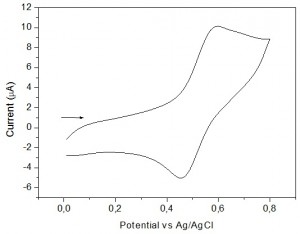 To this end, we dissolved [RuIICl2(tpy)(vera)] in a 1% dimethylsulfoxide (DMSO)/Krebs buffer solution, due to the hydrophobic characteristics of the ruthenium complex. At 37 0C, no spectroscopic alterations in the spectrum of the [RuIICl2(tpy)(vera)] solution occurred along time (Fig. 10), which indicated the chemical stability of the complex in this medium. 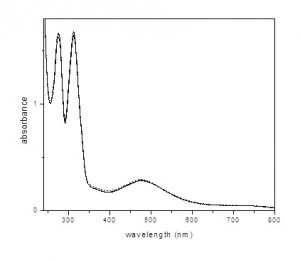 TABLE 2: Emax AND pD2 VALUES TO PERCENTAGE (%) OF VASCULAR RELAXATION INDUCED BY VERAPAMIL AND [RuCl2(tpy)(vera)] COMPLEX IN INTACT (E+) OR DENUDED (E-) AORTA FROM RAT.

Data are shown as mean ± SEM of “n” independent experiments

Phenylalkylamines like verapamil are important in hypertension therapy. They act by blocking Ca2+ inflow into the cells, across the plasma membrane5. Previous studies have suggested that verapamil stabilizes as a relatively compact structure where non-bonded interactions between the two dimethoxy aryl rings hold Ca2+ 5-6.

We decided to investigate whether the similar pharmacological effects observed for verapamil and [RuIICl2(tpy)(vera)] originated from the capacity of the methoxy and alkyl nitrile functional groups on verapamil to hold Ca2+ via electrostatic interactions 5-6. FLUO 3-AM, a chelating fluorescence calcium probe with maximum emission at 550 nm under visible excitation, aided us in this investigation.

Addition of the calcium ion solution to FLUO 3-AM in DMSO solution prompted a progressive, [Ca2+]-dependent increase in the fluorescence intensity of the emission spectrum (Fig. 12A) (Calcium Signaling Protocols 1999). Plotting of (I0 - I)/I0 versus [Ca2+] afforded a satisfactory straight line (Fig. 12B). The dissociation constant (Kd) of  FLUO 3-AM in the presence of rising ion Ca2+ concentration was 1.15 mmol L-1.This value was close to that reported for this same fluorescence probe in buffer solution (pH 7.2), at 22 0C is equal 3.90 mmol L-1 25.

In the presence of verapamil and [RuIICl2(tpy)(vera)], the Kd of FLUO 3AM increased to 2.62 and 4.10 mmol L-1, respectively. On the basis of the dissociation equation (1), the higher Kd values indicated a competitive chelating effect between the tested compounds and FLUO 3-AM for the calcium ion. 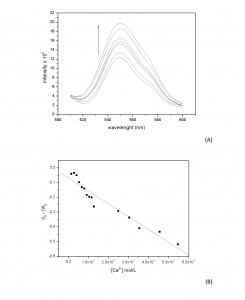 Next, we assessed the calcium chelating activity of free verapamil and [RuIICl2(tpy)(vera)] in vitro, using VSMC A7R5 and FLUO 3-AM. Under visible light excitation, it was possible to observe the fluorescence emission of FLUO 3-AM chelated with Ca2+ in the VSMC (Fig. 13B). Incubation with verapamil suppressed this fluorescence (Fig. 13D). These results evidenced competitive Ca2+ chelation between FLUO 3-AM and verapamil, corroborating the results in. Incubation with [RuIICl2(tpy)(vera)] Fig. 12 provided a similar outcome (Fig. 13F).

Moreover, VSMC incubated with [RuIICl2(tpy)(vera)] displayed fluorescence emission under ultraviolet light excitation (Fig. 13G), which emerged from the ruthenium complex located in the area of the cell nucleus. Verapamil did not prompt this effect in the cell (results not shown). Taken together, these results reflected efficient internalization of the ruthenium complex by the cell as compared with verapamil 26. 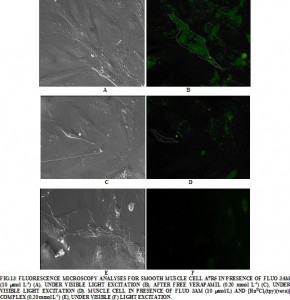 CONCLUSION: The mechanisms through which the [RuIICl2(tpy)(vera)] complex induces muscular relaxation remain unknown. However, the present study has shown that ruthenium verapamil compounds interact with calcium ions via the same electrostatic interaction involving the methoxy and alkyl nitrile substituents present in verapamil. The preliminary pharmacological results evidenced that [RuIICl2(tpy)(vera)] induced vascular smooth muscle relaxation, indicating the potential therapeutic action of ruthenium complexes as calcium blockers. Compared with verapamil, [RuIICl2(tpy)(vera)] offers the advantage of acting as a luminescent biological probe.

ACKNOWLEDGMENTS: This work was supported by grants from FAPESB PPP0055/2010. C, H, and N analyses were conducted at the Chemistry Department of the Federal University of Minas Gerais. Dr. Norberto Peporine Lopes is gratefully acknowledged for assistance with mass spectrum analysis.

AUTHOR CONTRIBUTIONS: All the authors participated in the design, preparation, interpretation of the cited studies, and review of the manuscript.