ABSTRACT: Alkaline protease alone account for 60% of the total world enzyme market with its improved properties such as higher optimum temperature and alkaline pH. Alkaline Lonar Lake, situated in the Buldhana District of the Maharashtra State, India, is a unique ecosystem and harbors various haloalkaliphilic bacterial species which produces biotechnologically important thermo-haloalkaliphilic enzymes. The present study deals with the production and partial characterizations of enzyme protease isolated from the extremophilic Lonar Lake bacterium. A total six bacterial strains were isolated on Horikoshi medium from the water, sediment and matt samples collected from Lonar crater. Out of these, one bacterium showing prominent proteolytic activity was characterized on the basis of morphological, cultural and biochemical parameter and identified as Bacillus halodurans (AJ302709) by16S rRNA sequencing. The alkaline protease produced by Bacillus halodurans showed optimum activities at pH 8, at temperature 700C. It proves that the enzyme alkaline protease produced by this bacillus has potential applications in food, pharmaceutical and detergent industries

INTRODUCTION: Protease is an enzyme occurring everywhere in nature being inside or on the surface of living organisms such as plants, animals and microbes. These enzymes carry out proteolysis by hydrolysis of the peptide bond that exists between two amino acids of a polypeptide chain 1. The proteases are available in the market are mostly derived from microbial sources. Many bacteria like Bacillus cerus, Bacillus fermus, Bacillus pseudofirmus and Enterococcus caseliflavus are well known for the production of thermostable and alkali stable protease 2.

Proteases are industrially important enzymes used in the detergent, food, pharmaceutical, leather industries and also have application in silver recovery from photographic plates and in peptide synthesis which account for about 60% of total industrial enzyme sales 3. The alkaline enzyme has better resistance to alkali and some other denaturing chemicals in the reaction mixture and has a higher affinity towards proteinaceous substrates. The microorganism growing in alkaline and thermostable habitats produces the alkaline- thermostable protease which may have with special characteristics 4.  Very less study had been done on protease from Bacilli of Lonar Lake, which can withstand high temperature and high pH and has wide applications in different industries 5.

In present study, aim was to deal with the isolation, characterization, production and optimization of a protease from bacterial strain isolated from the alkaline Lonar Lake and which could be useful in the food, pharmaceutical, detergent and leather industry.

A total of twelve samples (sediment, matt and water) were collected from alkaline Lonar Lake was screened for proteolytic enzymes.   About 1g of sediment and matt sample was transferred to 100mL sterilized distilled water in 250 mL conical flask and agitated (100 rpm) at 370C for 15 min on rotary shaker. The sample was then heated at 800C for 15 min to destroy all the vegetative microbial cells. The suspension was then diluted to 107 dilutions. One ml of each diluted sample was lawn into Petri plates containing Horikoshi medium (A, B, C and D) and incubated at 370C for 72h and four time repeated sub culturing was made in the same medium. After enrichment, it was inoculated on Nutrient agar (pH 10) and incubated at 370C for 24h for isolation pure bacterial culture.

The isolated bacterial colonies were screened for proteolytic activities on Skim milk agar medium. The inoculated plates were incubated at 370C for 72h and observed for zones of clearance, indicating proteolytic activities 4. The bacterial isolates with prominent zones of clearance on skim milk agar medium were identified based on cultural, morphological and biochemical characterization and finally by 16S rRNA sequencing at Agharkar research institute, Pune.

The 100 mL Yeast extract casein medium was inoculated with isolated culture and incubated at 370C in shaking incubator. After 72h incubation, the broth was centrifuged at 5000-8000 rpm for 15 min. The supernatant served as crude enzyme source. The standard graph with tyrosine was prepared. Estimation of proteases was carried out with casein and the absorbance was read at 650 nm 2, 6. The proteolytic activity was defined as the amount of the enzyme that released 1μg of tyrosine per minute under the assay conditions. Partial characterization of protease was determined by assaying the enzyme activity at different parameters such as pH (7.0 to 10.5), temperature (550C to 800C), substrate concentration (5 mg/mL to 40 mg/mL) and enzyme concentration 7.

In the present study, a total of 12 different bacterial species were isolated from water, sediment and matt samples from Lonar Lake. Out of 12, six isolates were showed maximum casein hydrolysis activity on skim milk agar at pH 8. Out of them one isolate DHT19 was selected for further study since it showed prominent proteolytic zone of 25mm. These isolate was characterized by cultural, morphological and biochemically by commercially available Hi-media Rapid detection kit. The isolate DHT 19 was Gram positive, rod shape and motile. Growth was detected at different pH (7 to 12) and salt concentration of NaCl (1 to 8%).

The growth of isolate DHT 19 was found to be optimum at 400C to 550C temperature. Phylogenetic analysis based on 16S rRNA gene sequences indicated that strain DHT19 is Bacillus Halodurans. From the data it showed that, the maximum proteolytic activity was observed at pH 8 (Fig.1) and at 700C (Fig.2) by Bacillus halodurans. Optimum pH for proteolytic activity of protease producing bacteria was observed between pH 8-10.5. The optimum enzyme concentration required for maximum activity of protease 1.54ug/mL (Fig.4) and substrate concentration was found 1.5µg/mL (Fig.3).

These indicate that for the growth of protease producing bacteria, alkaline environment is more suitable. This idea is also supported by Narwal et al.8. The phylogenetic position indicated the Lonar lake bacterial strains were related to phylum Firmicutes and belongs to genera Bacillus and are Bacillus flexus, Bacillus pseudofirmus and Bacillus cereus 9, 10.

CONCLUSION: In the present study, different bacterial species were isolated from water, sediment and matt sample of Lonar Lake. Out of them, one bacterial strain DHT19 was found protease producer and screened for production and the partial characterizations of protease. The bacterial isolates were characterized and identified as Bacillus halodurans. Alkaline protease production was maximum at pH 8 and the activity was 1.5unit/mL. The isolated Bacillus halodurans strain produces the protease enzymes which were thermostable, alkaliphilic and has potential to produce good quality protease which can be used in food, pharmaceutical and the detergent industries. 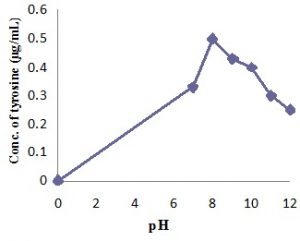 FIG.1: EFFECT OF pH ON ACTIVITY OF PROTEASE 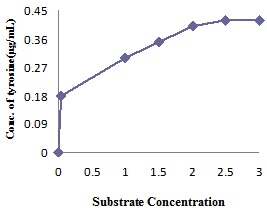 FIG.2: EFFECT OF TEMPERATURE ON THE ACTIVITY OF ENZYME PROTEASE ENZYME 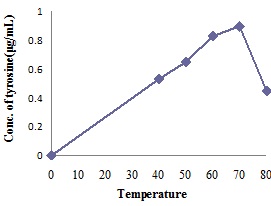 FIG. 3: EFFECT OF SUBSTRATE CONC. ON THE ACTIVITY 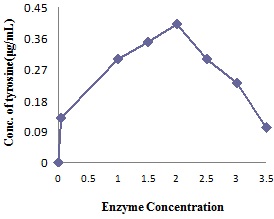 FIG. 4: EFFECT OF ENZYME CONC. ON THE ACTIVITY OF    PROTEASE  ENZYME 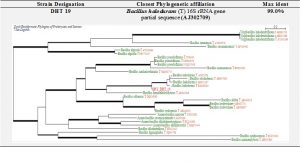