ABSTRACT: Background: Polyherbal formulation is the trend of modern pharmacognosy and holistic approach in the treatment of uncurable diseases such as cancer. Medicinal plants contain many bioactive compounds that give different pharmacological activities. Therefore, it is important to investigate the quality of new polyherbal formulation by identification of bioactive markers. Objective:  To identify apigenin (1) , luteolin (2), b-sitosterol (9), 3’-hydroxy-5, 6, 7, 4’- tetra methoxy flavone (8), quercetin (3), vanillin(7), gallic acid (5), benzoic acid (6) and rutin (4) as biomarker from different fractions of the new polyherbal formulation of Clinacanthus nutans and Elephantopus scaber by RP-HPLC gradient method.   Methods:  A Shimadzu HPLC was utilized to perform the analysis which was equipped with an autosampler, column oven, and UV/VIS detector. An HPLC column used was Merck Licrochart Purospher Start RP 18 column (250mm, 4.6 mm i.d, 5μm pore size). The temperature was maintained at 40.0 ºC throughout the study. The mobile phase isocratic method with acetonitrile 100%. The flow rate was 0.5 mL min−1. Absorbance was observed at λ = 360 nm. Results: After identification of bioactive compounds it was established that 3’-hydroxy-5, 6, 7, 4’- tetra methoxy flavone, gallic acid, benzoic acid and vanillin was found in a polyherbal formulation that was not present before in Clinacanthus nutans and Elephantopus scaber. Other bioactive compounds such as Apigenin. Luteolin, b-sitosterol, quercetin, and rutin were present in both medicinal herbs as well as inside polyherbal fractions. Vanillic acid was the oxidative product of vanillin that was found in Elephantopus scaber. In the polyherbal formulation, vanillin was found that shows the transformation of vanillic acid into vanillin. Conclusion:  Formation of new bioactive compounds from a polyherbal formulation that was not present before in both medicinal plant. Identification of biomarkers helps to increase the quality of the new product for future.

INTRODUCTION: The use of medicinal plants in human health has been documented since ancient times and they provide a useful source of new therapeutics 1. Knowledge of Traditional medicinal plant leads to the discovery of new medicines 2.

These plants can now be found in herbal products and as part of the traditional Malaysian health care system because of their therapeutic efficacy 3. Natural phenolic compounds play an important role in cancer prevention and treatment. Phenolic compounds from medicinal herbs and dietary plants include phenolic acids, flavonoids, tannins, stilbenes, curcuminoids, coumarins, lignans, quinones, and others 4.

Elephantopus scaber and Clinacanthus nutans is a well-known medicinal plant in Malaysia and enriched with numerous bioactive compounds 5, 6. The objective of our study is the identification of biomarkers from the polyherbal formulation to improve the quality of the new product and compare the bioactive compounds of individual herb (i.e. Clinacanthus nutans and Elephantopus scaber) from the literature to find similarities and differences from polyherbal fractions.

Plant material: The leaves of Clinacanthus nutans and Elephantopus scaber were collected from Institute Of Sustainable Agrotechnology, Sg. Chuchuh, Universiti Malaysia Perlis (UniMAP) and washed using clean water. After that, the leaves were dried in a dryer at the temperature of 35-40ºC for two days. Once dried, the leaves were ground into a fine powder by using a mechanical grinder.

Preparation of Plant Extract: Soxhlet extraction was used in this experiment to extract the herbs. For Soxhlet extraction, a powder sample is weighted approximately. A powdered mixture containing equal proportions of two herbs (5 g each) was extracted with100 ml of aqueous ethanol 50% for 12-hour extraction. The extract solution was then evaporated by using a rotary evaporator to remove the solvent in the extract solution and dried in an oven at 35-40 ºC for 12 hours.

The extract was fractionated using different solvents viz. ethyl acetate, n-butanol, and water. The supernatant was filtered using Whatman No. 1 sheet, pooled and concentrated using vacuum rotary evaporator. The concentrated solutions were then dried in an oven at 35 ºC to get the dry form of respective fractions.

Instrumentation: A Shimadzu HPLC was utilized to perform the analysis which was equipped with an autosampler, column oven, and UV/VIS detector.

Chromatography conditions: The mobile phase was an isocratic system of Acetonitrile 100% (v/v), The flow rate was 0.5 mL min−1. Absorbance was monitored at λ = 360 nm.

This new polyherbal formulation contains an equal amount of Clinacanthus nutans and Elephantopus scaber in the treatment of the wound.

After identification of compounds from polyherbal formulation it was found that apigenin, luteolin, b-sitosterol, quercetin, rutin was found in Elephantopus scaber 7, 8 whereas Clinacanthus nutans contains b-sitosterol 9, apigenin 10. 3’-hydroxy-5, 6, 7, 4’- tetra methoxy flavone, gallic acid, benzoic acid and vanillin was not found in both medicinal plants. 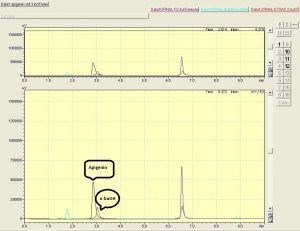 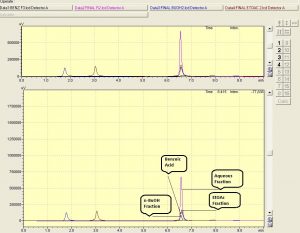 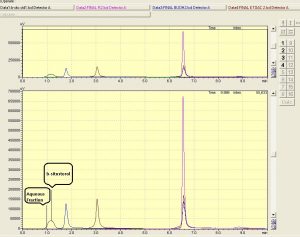 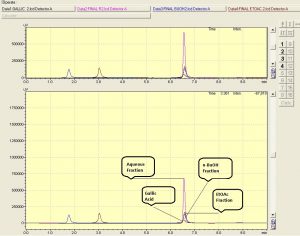 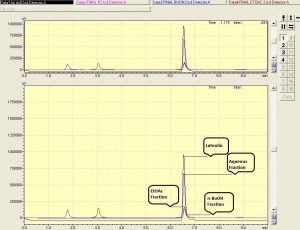 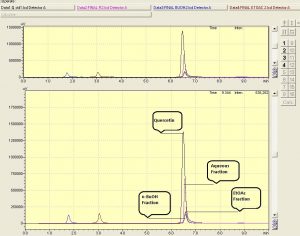 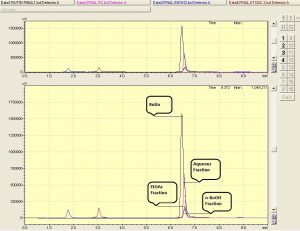 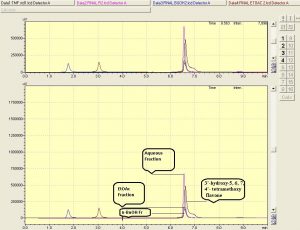 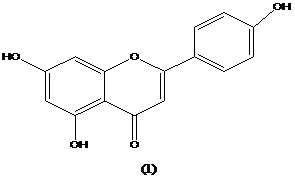 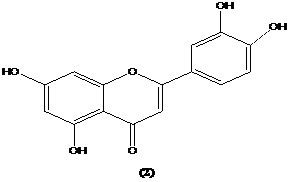 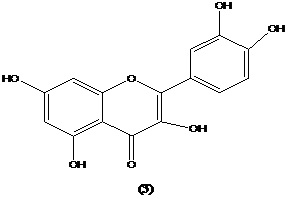 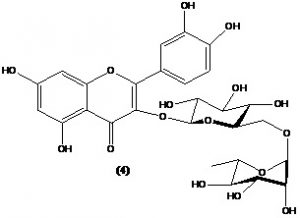 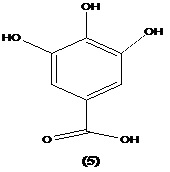 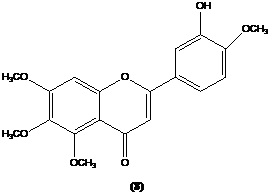 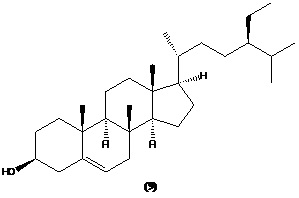 CONCLUSION: Unavailability of pharmacopoeial standard for herbal based medicinal product is a foremost problem. High-Performance liquid chromatography (HPLC) is one of the major chromatographic technique for identification of biomarker. Using HPLC helps to improve the quality of product and helps to sustain the shelf life of the product for a longer period.