SEPARATION AND ESTIMATION OF COMPONENTS PRESENT IN EMBLICA OFFICINALIS: A PRELIMINARY INVESTIGATION ON ALLERGIC REACTIONS

SEPARATION AND ESTIMATION OF COMPONENTS PRESENT IN EMBLICA OFFICINALIS: A PRELIMINARY INVESTIGATION ON ALLERGIC REACTIONS

Indian Gooseberry, Emblica officinalis is a, fruit widely accepted in Kerala for its medicinal & nutritive values. The fruit has dark green colored spherical seed surrounded by pale green colored tissue. Different varieties of food products, pickles being the major one, are used all over the world .The present work on gooseberry originated from a real medical case history. The medical reports say that a normal person who was eating gooseberry on a normal course all at a sudden became allergic only to this fruit since two years. This person was hospitalized two times for anti- dot injection as the allergic symptoms go beyond control. The major symptoms the patient showed are; (a) itching; (b) swelling of the whole bodily parts & (c) drowsiness. These allergic effects were due to gooseberry and which confirmed by medical examination. Based on our preliminary information, allergy due to Indian gooseberry was the first case reported in our locality. This made our interest to investigate further the chemistry & physiology of allergic reactions of gooseberry in this patient.

INTRODUCTION:An allergy is an abnormal reaction to certain substances called allergens. Food allergy is the most common type and its adverse reactions can be categorized into three types. They are non allergic causes, idiosyncratic causes and allergic causes. Of this three, last two can be grouped together as food intolerance.

An allergy to a food gives rise to symptoms very quickly, generally within minutes of eating or even touching the food 1. Food allergies are usually due to the protein component of the offending food. For some reason some of the food protein is absorbed from the intestine intact, instead of being digested as most proteins are. Once the intact protein is in the blood stream, it is recognized as a foreign protein to the body, or in other words as an antigen; the body produces antibodies (usually immunoglobulin E) to this antigen; and the immunoglobulin binds the antigen to form an antigen-antibody complex. This antigen-antibody complex travels around the body & stimulates certain cells, called mast cells to burst open & release substance which mediate an allergic reaction. Histamine is an example of such a mediator. Histamine causes an inflammatory response in the cells that it reaches & this inflammatory response causes the symptoms of food allergy 2.

If mast cells release chemicals in the nose & throat, the allergic person may experience an itching tongue or mouth & may have trouble in breathing or swallowing. If mast cells in the gastro intestinal tracts are involved a person may have diarrhea or abdominal pain.

Skin mast cells can produce hives or intense itching. The food protein fragment responsible for an allergic reaction is not broken by cooking or by stomach acids or enzymes that digest food. These proteins can cross the gastro intestinal lining, travel through the blood stream & can cause allergic reactions throughout the body3. The timing & location of an allergic reaction to food is affected by digestion.

For e.g. an   allergic person may first experience a severe itching of the tongue or tingling lips, vomiting, diarrhea may follow. Later, as the allergens enter the blood stream & travel throughout the body, they can cause a drop in blood pressure, hives or eczema or asthma when they reach the lungs. Indian gooseberry is a wonderful fruit & one the precious gifts of nature to man (Figure 1).

It is consumed as a fresh fruit or consumed in the form of food products like preserve. The fruit also forms an important constituent of many Ayurvedic preparations such aschyvanprash and triphala and is regarded as a best rejuvenating agent 4.

A number of investigations have been previously reported on the separation of components of different medicinal fruits 5, but there is no information available in the literature in the past with allergic effects due to Indian gooseberry. Therefore the authors have attempted to study the allergic effects of this fruit

Plant materials: Different types of Indian gooseberries were collected from the Palayam vegetable market, Calicut, Kerala. Each fresh fruit was first washed under tap water and then with distilled water to remove chemicals and impurities in it.

The ether layer contains most of the lipid present in the fruit. This is because lipids are hydrophobic & well soluble in organic solvents like ether. The ether layer was evaporated to give oily deposits at the bottom of the tube. This is then refluxed with KOH, followed by the addition of HCl gave oily appearance on the top of the aqueous layer. This test confirmed the presence of lipid in the fruit 5.

Definite volume of this solution was mixed with the coloring reagents & the optical density was monitored at lambda 720nm, using colorimeter. This was then compared with the value of standard protein solution prepared using “Bovine’s Serum Albumin” protein sample.

The final result showing the protein content per gram of dry tissue was calculated to be 4.28 mg which is slightly less than the result published earlier (~5 mg). This may be partly due to the fact that our analysis was based on raw tissue where as the earlier analysis was on dry tissue 8.

A standard glucose solution was also prepared and the unknown concentration was extrapolated from the absorbance v/s concentration graph (Figure 2). Apparently the amount of total carbohydrate obtained by this method was found to be 135 mg per gram of tissue. This value is very much in agreement with the literature value of 137 mg per gram 8. 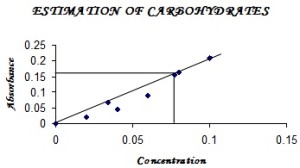 FIGURE 2: ABSORBANCE VS. CONCENTRATION OF GLUCOSE COMPLEX AT 490 nm

In a similar way commercially available ascorbic acid also converted in to the dehydro form using bromine water & was treated with the colouring reagent 9. From the graph of known concentration v/s optical density, unknown concentration was calculated by extrapolation (Figure 3). 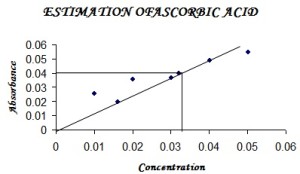 FIGURE 3: ABSORBANCE VS. CONCENTRATION OF VITAMIN C COMPLEX AT 540 nm

The saponification value of the oil present in gooseberry was determined to deduce the molecular weight of lipid 9. For this a definite weight of the fruit was mixed thoroughly with water in a mortar. It was then treated with diethyl ether in a separating funnel & the ethereal layer was collected and evaporated to yield lipid. This lipid was then weighed and transferred to an RB flask & refluxed with alcoholic KOH using a water condenser 10.

The unreacted KOH was estimated by titrating with standard HCl. A blank experiment is also conducted with same volume of KOH 11. From these two titer values (Table 1), the saponification value was found to be 230g.

TABLE 1: THE READINGS OF ACID-BASE TITRATION

TABLE 2: THE AMOUNT OF COMPONENTS   IN GOOSEBERRY ESTIMATED IN THIS REPORT

The literature values are given in brackets

Interaction of Blood with Proteins & Lipids: Blood sample (2 mL) was taken in a watch glass and 1ml diluting fluid was added to prevent clotting. It was mixed with1ml protein & taken in a slide (4 cm long & 2 cm wide) and stained with Leishman’s stain. This was allowed to dry and then washed with water & imaged the interaction with blood using a microscope having high magnification (45 X’).  With the help of a digital camera photograph of the sample was recorded. Similarly interaction of lipid with blood was also recorded.

The cylindrical ones are blood cells. The number of eosnophill cells is limited and one of such cell is marked in Figure 4. The violet color of the cell in Figure 4 is due to staining.  A dilute solution of protein was prepared & mixed with a fresh blood sample before staining. This was also imagined by transferring on to a glass slide. The image shown in Figure 5 indicates clumped blood cells forming island like morphology. In a similar way another photograph was taken with lipid and was presented in Figure 6. These observations were confirmed by repeated analysis. 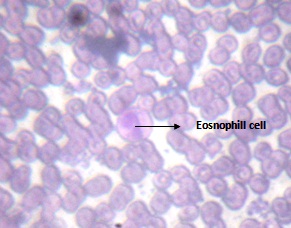 FIGURE 4: STAINED IMAGE OF BLOOD CELLS AND THE EOSNOPHILL CELL 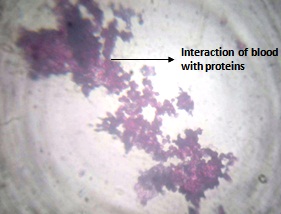 FIGURE 5: STAINED IMAGE OF BLOOD CELLS AFTER MIXING WITH PROTEIN 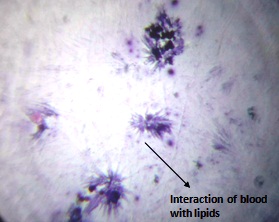 FIGURE 6: STAINED IMAGE OF BLOOD CELLS AFTER MIXING WITH LIPID

It can be seen that the interaction with lipid is different from that with protein. In the former case cellular structures were almost completely lost as evident from Figure 6, where as in the case of proteins the cellular structure is retained except for the clumping (Figure 5).

Though, we cannot draw any solid conclusion out of this observation, it is indeed an indication that the protein in the fruit is responsible for the allergic reactions in the said patient. In addition, there are reports to support this observation, that in a few other cases of food allergy, it is the proteins present in these food materials trigger the allergic reactions.

CONCLUSION: Based on our studies on Indian gooseberry, organic constituents like proteins, lipids, carbohydrates & vitamin C were identified estimated & isolated. Only proteins & lipids were isolated for the possible interaction studies with fresh blood samples from the person who is allergic to Indian gooseberry. Optical micrographs of blood cells before & after interaction with proteins & lipids were recorded using a high resolution microscope.

Here, the blood cells were completely collapsed and could not able to see them distinctly, in the case of lipids, where as in the case of proteins the cells were visible but clumped as islands. Nevertheless, clear evidence cannot be generated to confirm the fact that allergic reaction occur due to proteins. Allergic reaction occurs due to proteins in Indian gooseberry. But at the same time the said person is not allergic to other food materials, which contain vitamin C, lipids, carbohydrates & proteins.

It can bee seen that it is the protein part that is very much different in fruit to fruit. Hence it may be concluded that the allergic reaction occur in that person’s body due to some type of association by proteins in Indian gooseberry with blood cells. However, the possibility of fragmented proteins, some chemicals present in Indian gooseberry or synergistic effects cannot be ruled out.

ACKNOLEDGEMENTS: I sincerely thank Dr. C. J. Mani, Head of the Department of Botany, St. Joseph’s College, Devagiri, for his expertise in protein estimation & extraction and also in permitting me to use his laboratory facilities.         I wish to acknowledge the facilities & support provided by Rev. Fr. Joseph Vayalil, Principal & the College Management, Mr. A. T. Thomas, Head of the Department of Zoology, St. Joseph’s College, Devagiri, is thankfully acknowledged for allowing me to use his laboratory for human blood interaction studies.